Bahamas Paradise Cruise Line continues to give back, heads to Nassau this fall

As recovery efforts in the Bahamas continue following Hurricane Dorian, Bahamas Paradise Cruise Line has not only returned to business, but is actively assisting in those initiatives by calling for 10,000 volunteers and bringing business into the destination.

In addition, the brand has also announced Nassau as its second port of call, as well as an extended fall promotion for travel agents.

“We’re open and its business as usual,” Francis Riley, Bahamas Paradise Cruise Line’s SVP of sales, told PAX during a recent travel trade engagement in Toronto. “This is a great way of supporting the efforts in Bahamas.”

And while Bahamas Paradise Cruise Line only recently launched in Canada (represented by Discover The World), response from the travel trade has been extremely positive, Riley said, adding that the three Canadian roadshows – held in Toronto, Vancouver and Montreal this month – have all received lots of attention from the local travel agent community, particularly in the aftermath of Hurricane Dorian, which struck Grand Bahama and the Abaco Islands in early September.

“We’re building our relationship with the trade now – it’s the right time,” he said. “I think the fact that we’ve had sold-out events is a good indication; that agents are willing to come after a busy day in the office speaks to that interest. There’s a lot of seeking clarity on what’s happening on the island.” 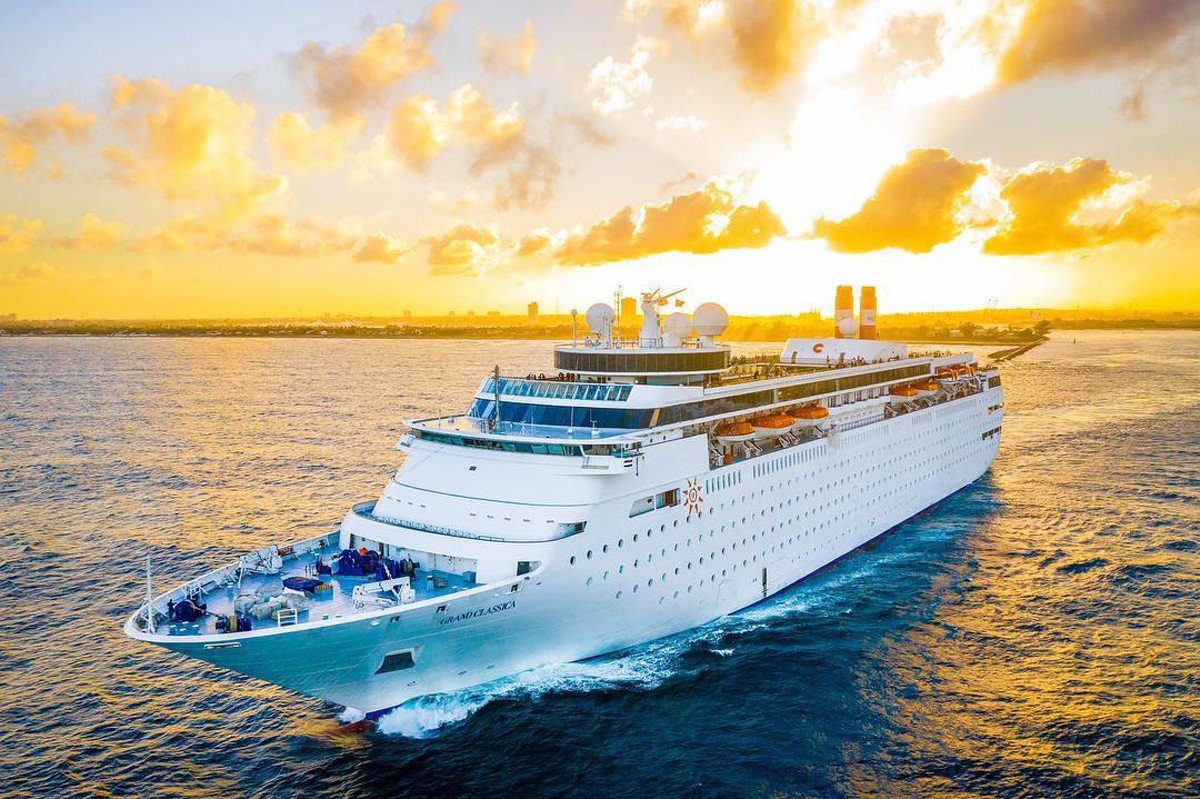 Following Dorian, Bahamas Paradise Cruise Line cancelled its September leisure sailings so that the Grand Celebration – one of the line’s two ships – could carry out humanitarian efforts, Riley said, including the evacuation of 1,300 Grand Bahama residents to West Palm Beach, Florida.

“When we sailed into Freeport, it was hard to believe that a Category 5 hurricane had even hit the island,” Riley said recalling the first in a series of humanitarian sailings by Bahamas Paradise Cruise Line. “The southern part was virtually untouched, where the beaches and hotels are mainly located. It was the residential areas in the north that were affected. We sailed four or five days after the hurricane hit with over 500 first responders. They were going into communities to help, clearing debris, putting out fires – they even helped deliver a baby.”

While leisure sailings to Grand Bahama have resumed as of Sept. 27, the line is still helping out, with a goal of 10,000 volunteers: partnering with BASRA (Bahamas Air Sea Rescue Association of Grand Bahama), Riley said that travellers looking to lend a hand can forego their shore excursion in favour of assisting with rebuilding efforts consisting of light manual labour. As such, participants are required to wear athletic clothing and appropriate closed-toe footwear as a safety precaution. Volunteer excursions must be requested and booked in advance, through Bahamas Paradise Cruise Line and its official partners only.

With only the Grand Celebration sailing to Grand Bahama in September, Grand Classica was repositioned to Nassau, a move which the line is looking to make permanent, Riley said.

While he declined to name any specific properties or companies pending final agreements, Riley said that the company will also offer its signature cruise-and-stay program in Nassau, in which passengers can combine their cruise with two nights in-destination. In Grand Bahama, the line has partnered with Viva Wyndham and the Grand Lucayan (both all-inclusives), along with the standard Taino Beach and Pelican Bay.

“The response from the trade here has been very positive, as Nassau is better known to travellers,” Riley said. “The plan is to make Nassau a permanent year-round destination; we’ve booked berths right up until mid-2020. We’ve heard ‘why don’t you do more than one destination?’ so I think this has given us the opportunity to really explore that and commercially, it makes sense for us.”

In addition to 15 per cent commissions on bookings and no non-commissionable fees, Bahamas Paradise Cruise Line is offering travel agents a special rate of $99 for sailings taking place between now and Dec. 19. The line will also host travel agents this weekend for the World’s Largest Seminar-at-Sea aboard the Grand Classica, sailing on Oct. 12.

Agents can head to bookparadise.com to register their bookings and start earning.