What dual Canadian citizens need to know about transborder travel

Canada has one of the most powerful passports in the world.

READ MORE: These are the world's most powerful passports for 2019

Valid passport holders can visit 114 countries without a visa. But, for some Canadians, it’s not just visa requirements or travel vaccines that they need to worry about.

Dual citizenship means you’re recognized as a citizen of two nations. This can be a wonderful thing, however if you’re a frequent traveller, the label comes with a set of rules that you should never forget.

Here are a few things to keep in mind if you're a Canadian with dual citizenship.

Play by the rules

No individual can outright apply for dual citizenship, and marrying a Canadian doesn't make you a citizen, either!

Canadian citizenship doesn’t expire and it permits individuals to hold dual or multiple citizenship(s). Dual citizenship is legally recognized in Canada, but it’s not always recognized as such in other countries.

According to the Government of Canada, if you are a dual citizen and travel to the other country where you hold citizenship and dual citizenship isn’t recognized, local authorities could refuse to give you access to Canadian consular services.

If you get into trouble abroad, this could prevent Canadian consular officers from providing you with services or foreign aid.

As a dual passport holder, you might think you can pick and choose which passport you travel with depending on where you’re going. For example, if you’re born in France but hold Canadian citizenship, too, maybe, on your way home to France, you leave the Canadian passport behind and opt for your EU one, as you figure having the Canadian passport isn't necessary.

However, as Rémi Larivière, spokesperson for Immigration, Refugees, and Citizenship Canada (IRCC) points out, this is strongly advised against, unless you want your Canadian citizenship questioned at the border.

Proof of citizenship: protect yourself

A valid Canadian passport is the only reliable and universally accepted travel document that provides proof that one is a citizen and has the right to enter Canada without being subjected to immigration screening.

If a country requires dual citizens to enter and exit that country using a passport issued by its government, the dual Canadian citizen will still need a valid Canadian passport to board a flight to Canada.

Dual Canadian citizens can no longer travel to or transit through Canada by air with a non-Canadian passport  For this reason alone, those with dual citizenship should carry both passports when they travel. 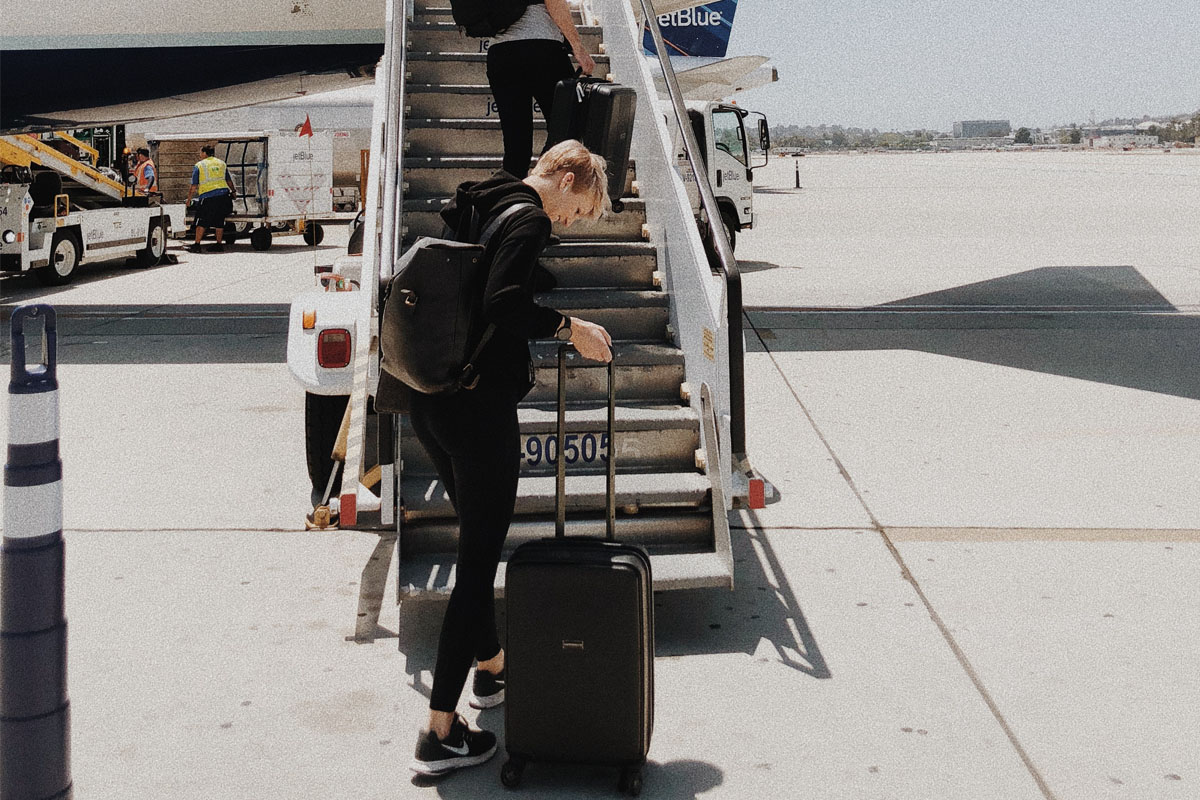 The only exception to this rule is if you’re an American-Canadian dual citizen with a valid U.S. passport, you don’t need a Canadian passport to fly to Canada.

However, you will still need to carry proper identification and meet the basic requirements to enter Canada.

Every country is different, and if you do hold dual citizenship, it’s recommended that you contact the nearest diplomatic office of that country to find out if there are specific requirements you need to meet.

This could reduce the risks and difficulties for you and your family when you travel there.

In Canada, it's common to have children who are Canadian citizens when both parents or not, or vice versa.

This can raise a serious problem, and according to the Government of Canada, many international parental child abductions involve parents and children who are dual citizens, especially in cases of divorce, or unwed partnerships, when one parent wishes to take the child(ren).

For these reasons, the Canadian Government requires a letter of consent for children under the age of 16 that will allow entry into a foreign country and re-entry into Canada for children travelling without both parents present. If you're unsure as to whether or not your child has dual citizenship, it's advised to get in touch with your nearest diplomatic office, as there are a number of unique scenarios.

For more information on travelling as a dual Canadian citizen, click here.