Ensemble has had one helluva year.

Acting on a commitment to create a stronger value proposition and offer more benefits to its members, the consortium inked a major acquisition deal with the Navigatr Group last spring.

Navigatr is a travel holding company that includes assets such as Kensington Tours, Travel Edge, T/E Network, TripArc and Violet, and the transaction, which more than 95 per cent of Ensemble’s shareholders voted in favour of, resulted in a leadership shakeup.

While Ensemble remains a standalone entity within Navigatr, the transaction has given birth to a “new Ensemble,” coupling the consortium's 50-plus years of expertise and network with Navigatr’s depth of resources.

The mission between the two entities has been to transform agency margins by marrying Ensemble’s strengths in cruise, tour, marketing and data monetization with Navigatr’s technology solutions, which can effectively bundle services into single prices.

Navigatr’s ADX platform has been at the centre of Ensemble’s onboarding.

ADX, which stands for Agent Digital Experience, is a proprietary technology – launched in 2014 by TripArc – that allows advisors to not only book all aspects of a client's trip, but to also invoice in the same platform for maximum efficiency (and commissions).

Ensemble has lauded the benefits of ADX – the consortium says members who have embraced the platform have seen increases in sales by upwards of 150 per cent.

In a nutshell, the aim of the Navigatr deal was to enhance Ensemble – not replace it – with streamlined processes for pumping-up profits as members, more than two years into the COVID-19 pandemic, restart their businesses and as demand for travel soars.

This is just some of the buzz circulating this week in Miami, Florida, where Ensemble is hosting its first member meeting since finalizing its acquisition by Navigatr in June.

PAX is on location covering the three-day conference, entitled "Horizons," at Eden Roc & Nobu Miami Beach, where owners, managers and suppliers from Canada and the United States have gathered. 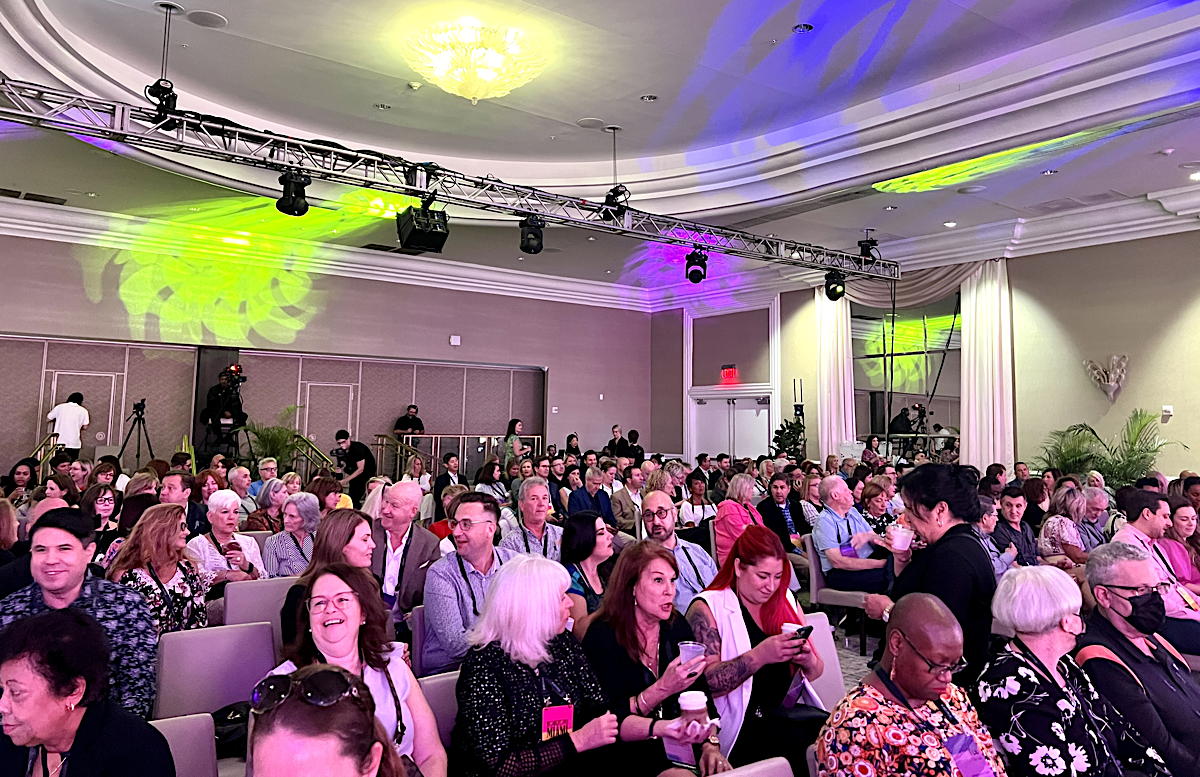 Yesterday, keynote speaker Kara Goldin, founder of Hint, known for its unsweetened flavoured water, shared lessons learned in founding and scaling her company to over $200M in sales. 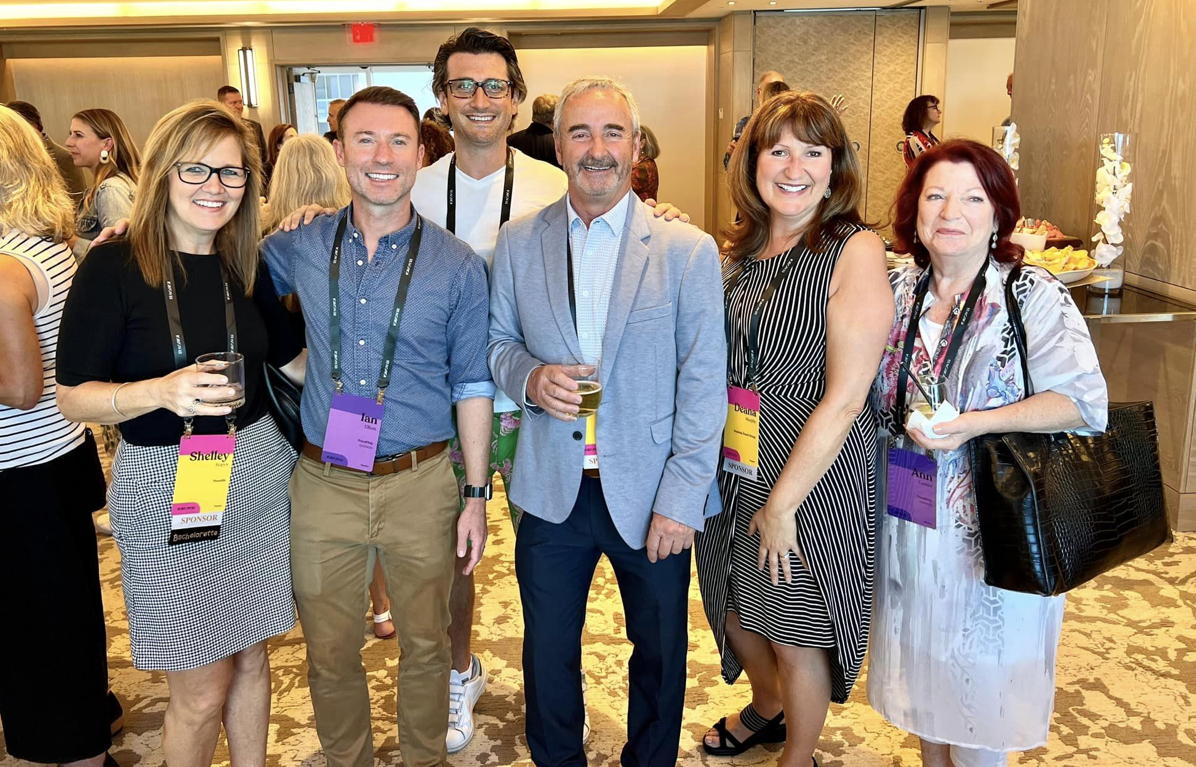 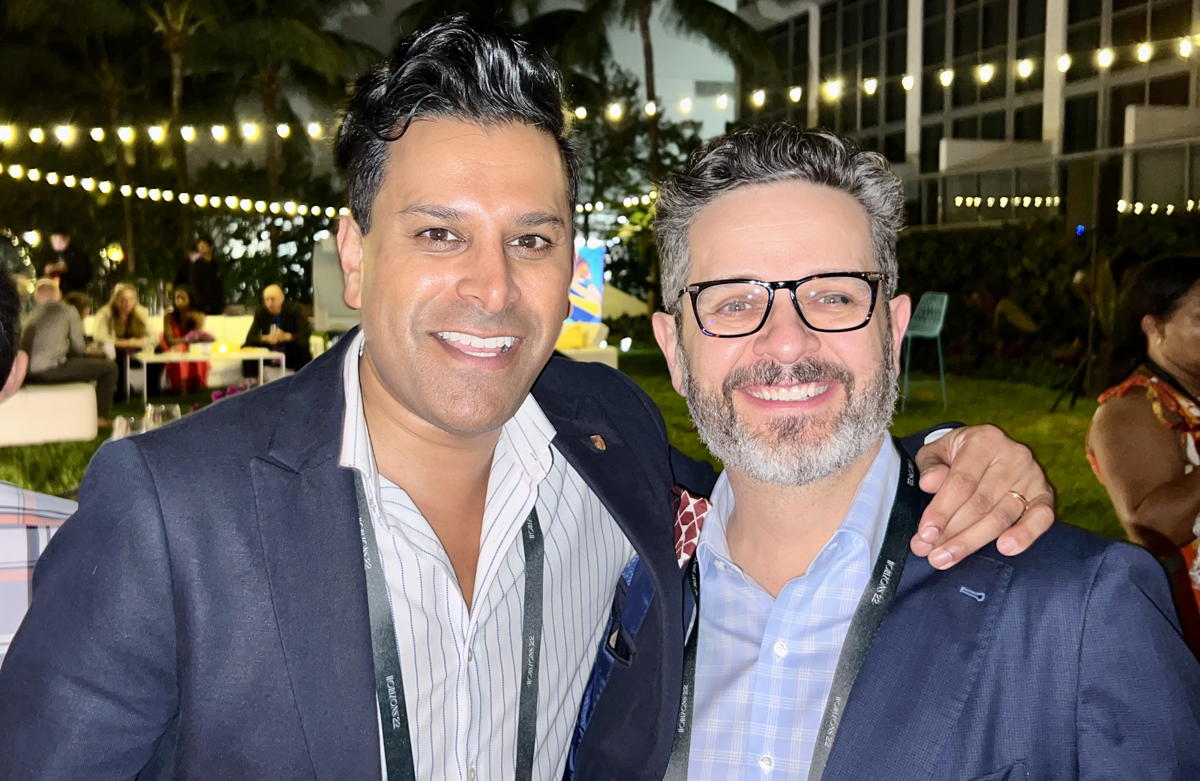 “We’ve delivered a heck of a lot”

Spotted at last night’s poolside welcome bash was David Harris, who was taken back by the energy he felt in the room at yesterday’s opening session, where he, alongside Ensemble’s leadership team, addressed attendees.

On this year’s Horizons conference, he said his hope is that members leave with a renewed sense of confidence in Ensemble’s abilities to deliver.

“We’ve delivered a heck of a lot in less than five months, and it’s only going to grow and improve,’ Harris told PAX. 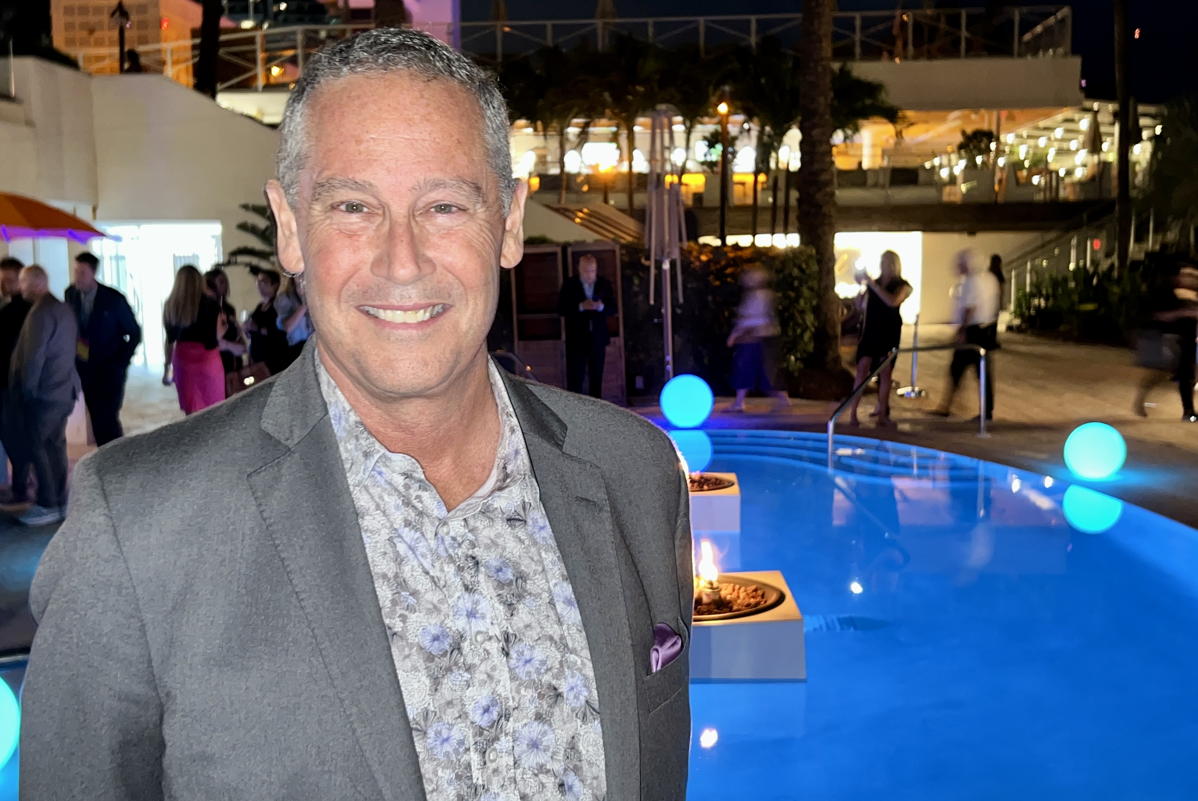 Ensemble’s goal with Navigatr is to create a “consortium of the future,” Harris explained in his opening remarks yesterday.

One that is “based on the belief that Ensemble members deserve more and could have more – bigger profit, bolder vision and better member relations,” Harris said.

In his new role as chairman, Harris will focus on industry advocacy and building strategic partner relationships. 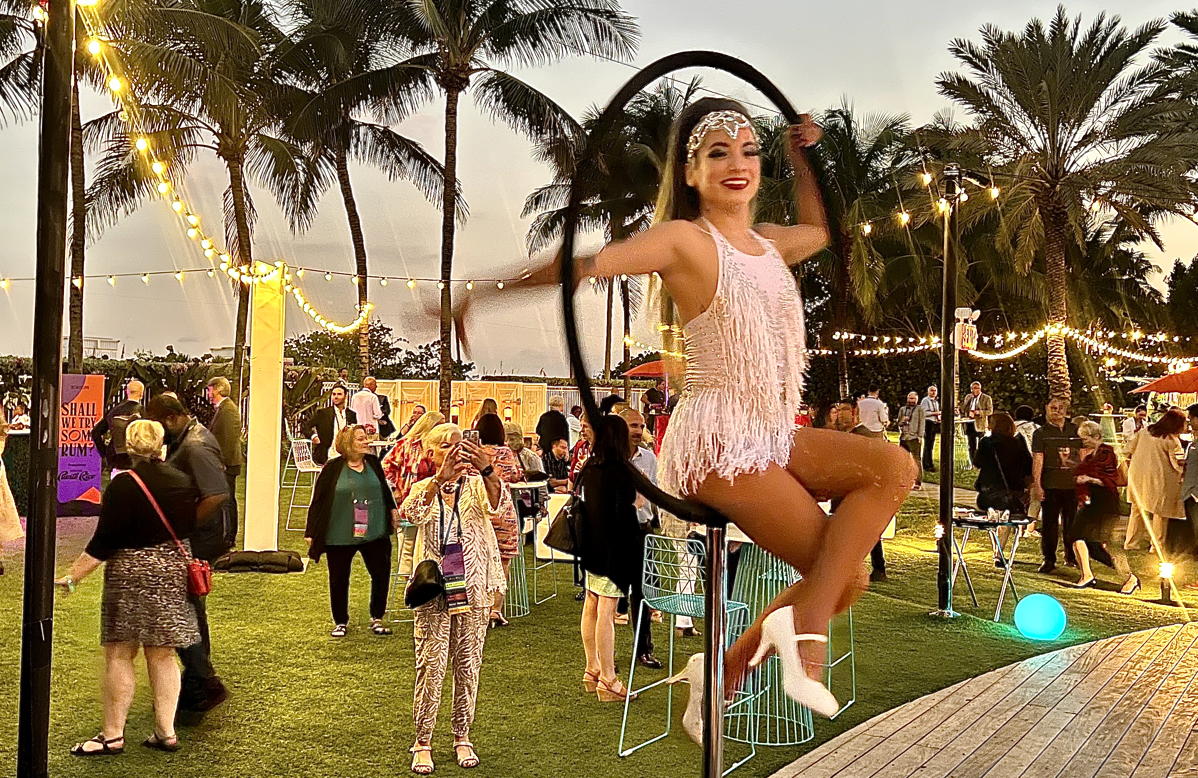 “I truly believe it is critical for us to work together and to speak with one voice in order to fully recover and continue to grow the global tourism industry,” Harris said.

“I'm more confident than ever that we are in a position to deliver on the promise of creating a consortium of the future – one that views you as true business partners, and one that is poised to deliver impressive results.” 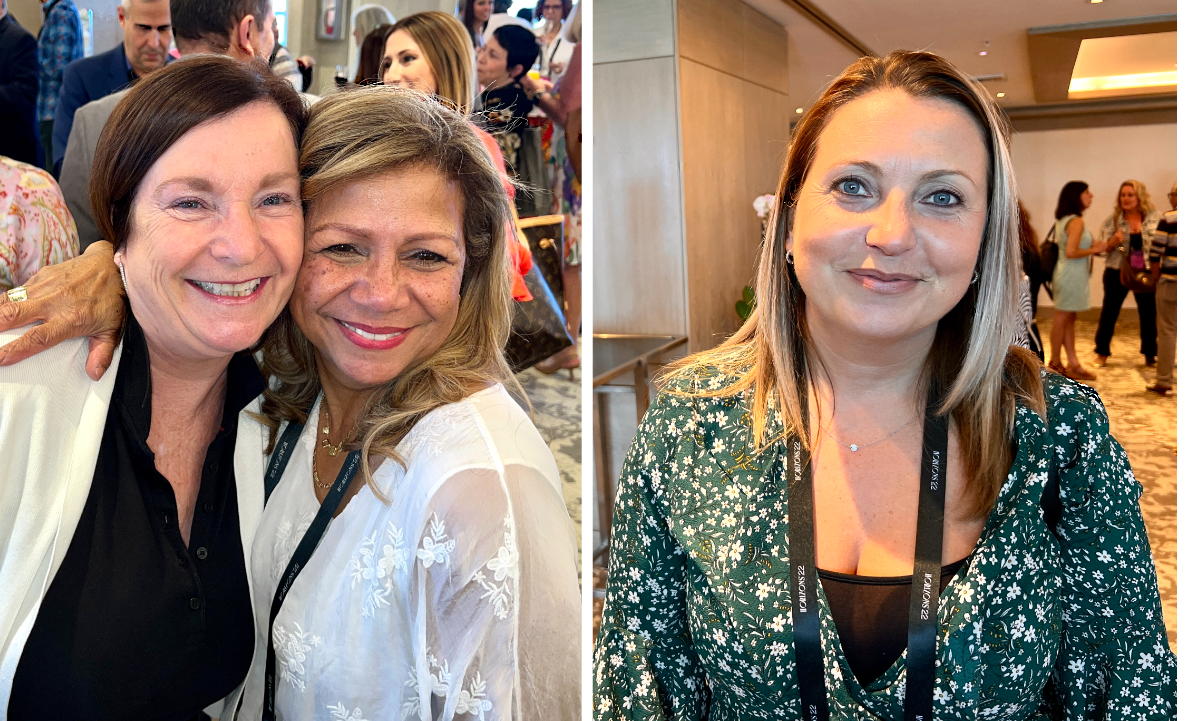 The future of Ensemble includes a new logo and brand position, which was revealed yesterday.

The company's simple yet impactful new logo consists of lowercase letters that are touching, “reinforcing an idea of connection and community,” said Scott McKay, Navigatr’s vice-president of brand and creative strategy.

The company has also dropped the “Travel Group” part because “Ensemble is a brand that people know and love within our industry,” McKay said. 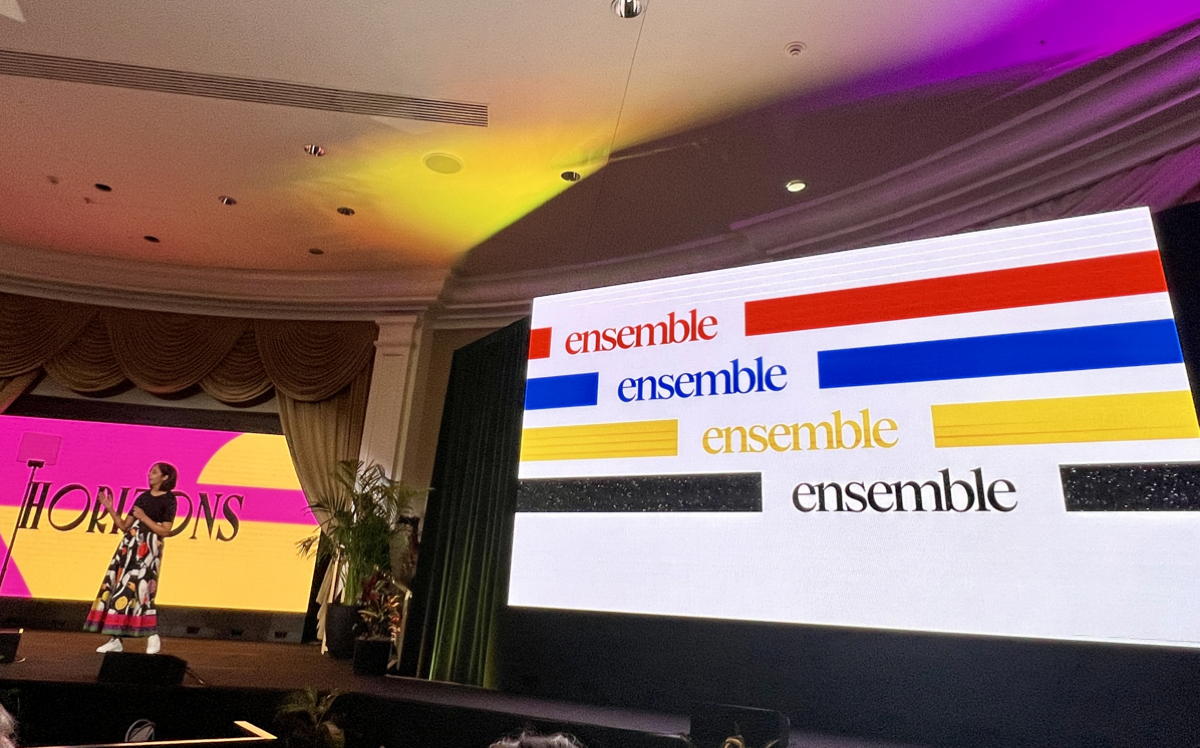 There’s a new tagline, “further together,” which is inspired by collaboration. In French, it’s “à monde ouvert” – meaning, “an open world, full of possibilities,” McKay said.

There’s also a playful new monogram mark, available in bright colours like vibrant orange, bold yellow, sky blue, and neutral, that can be used in various modes of communication.

Ensemble’s magazines have also been consolidated into a single property called “range.” 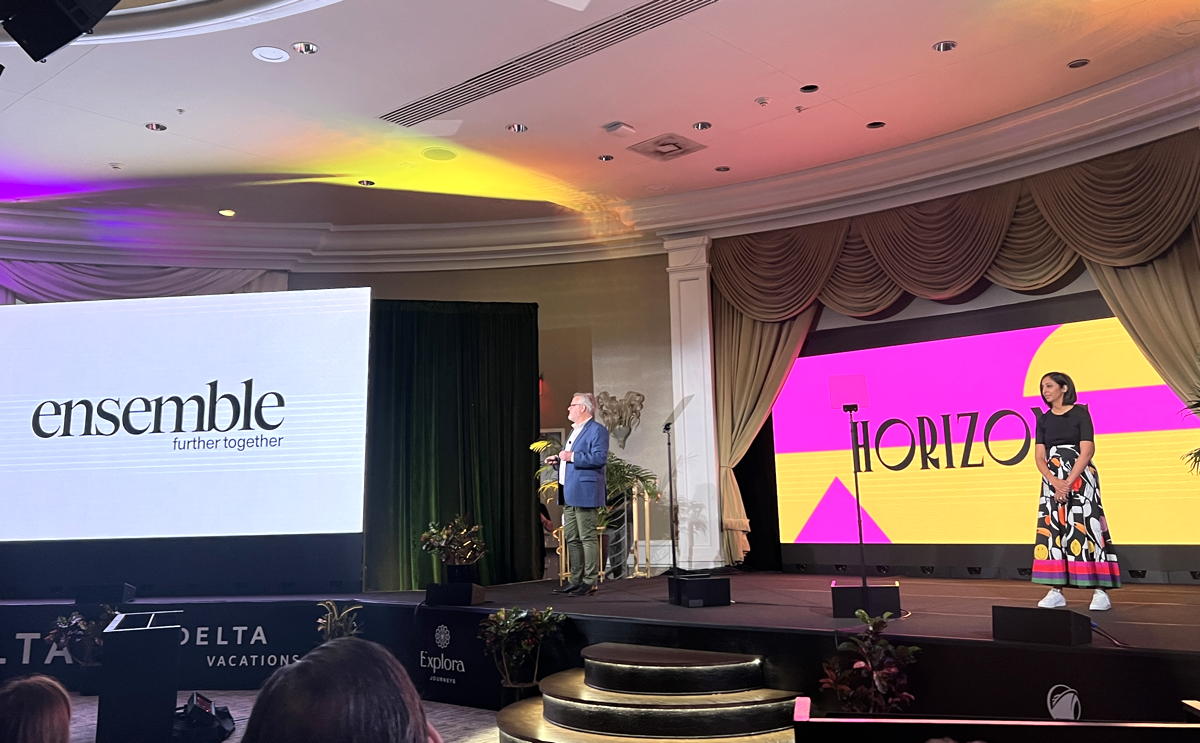 It’s a single brand voice that speaks to the idea of going further – “ranging further” – in terms of “how we help [clients] travel better,” McKay said.

In Quebec, the French magazine will be called “depart.”

Touching on Navigatr’s acquisition of Ensemble, Michael Johnson, Ensemble’s president, reiterated how the majority of shareholders agreed to the deal – and how that spoke volumes.

“Our members understood this was an opportunity to do something special. I want to be very clear with you. We don't take any of that for granted,” Johnson told attendees. “We hold very seriously the trust you've placed in us. We are committed to executing the plan.”

Which “sounds great," Johnson said, “but anyone can massage numbers to tell a story that fits their preferred narrative.”

“What we're focused on is adding members that turn the dial. This is not a popularity contest. It's about driving results,” Johnson said. 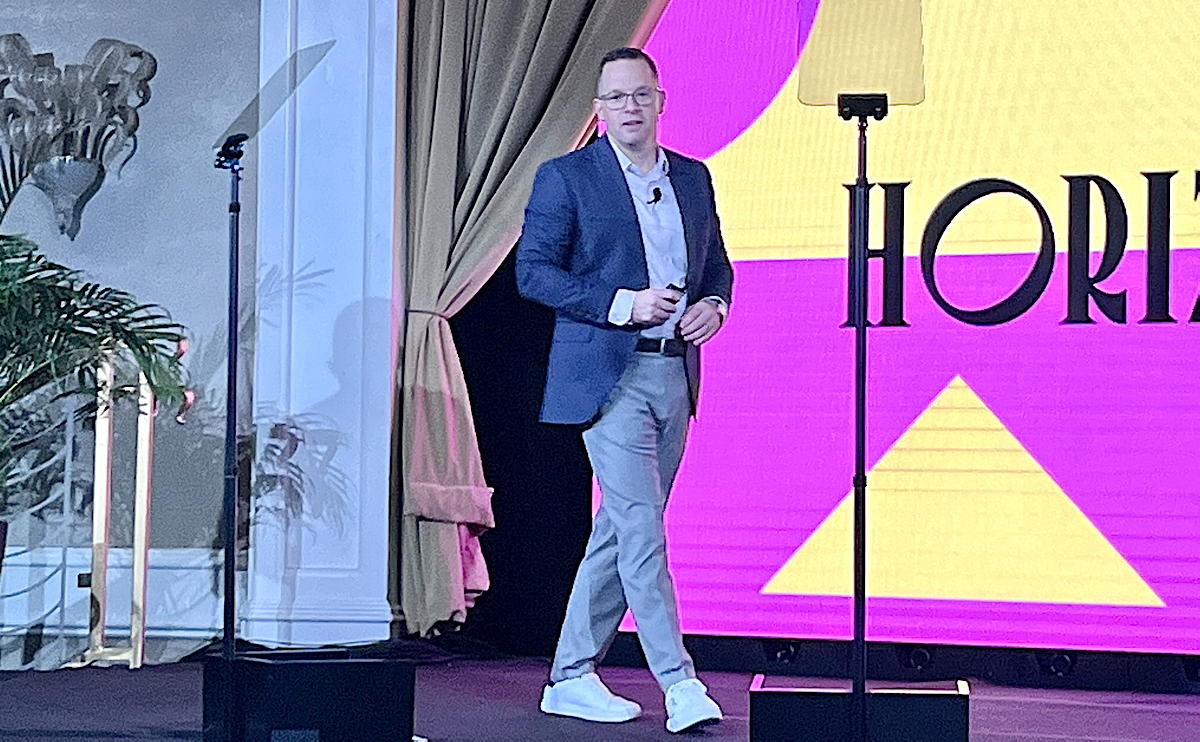 While there’s no denying that members – like everyone in travel – suffered losses in 2020 and 2021 due to the pandemic shutdown, it’s the recovery numbers that are opening new horizons.

“The majority of our members are producing more than they did in 2019,” Johnson said.

The consortium’s newest members, including Travel Edge, have positioned Ensemble to further exceed 2019 in terms of preferred sales, he said.

“We're growing, and with our ability to capture unmanaged business through technology and process, we will continue to expand,” Johnson said, promising a strategy that is “bigger, better and bolder.”

Ensemble can now “punch above its weight class”

Ensemble transitioning from a cooperative to a privately-held company aligns with Navigatr’s range of travel businesses.

“Ensemble can now punch above its weight class by leveraging on-demand access to world-class talent in a flexible and efficient way,” Johnson said. 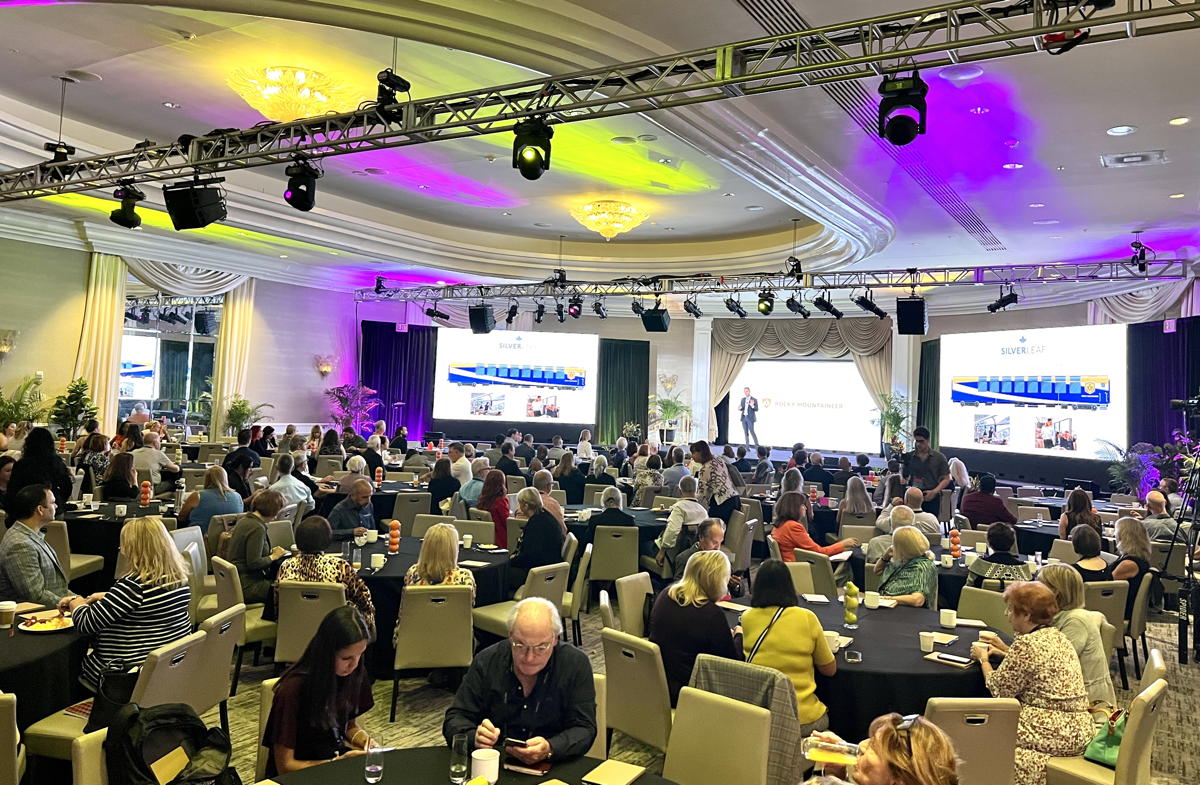 The last four months have been focused on integrating new programs in Ensemble’s backend, and the headaches associated with that “shouldn't impact anybody in this room,” Johnson assured.

He said Ensemble’s size has also increased by almost 20 per cent.

“It’s a very significant accomplishment in a very short period of time,” he said, noting that the company’s headcount will soon grow by an additional 50 per cent.

“Building the new Ensemble is a process," he said. "So for those waiting for a light switch moment, don't. We're not waiting. We're dialling things up and we're introducing programs as soon as they're ready.”

Supported by reliable data and its ADX platform, the “new” Ensemble takes traditional override and “supercharges” it with new opportunities, Johnson said.

“Profit sharing should never be a surprise,” he said. “Helping members understand where the opportunities are, proactively, is beneficial to every stakeholder in this room.”

ADX, notably, isn't mandatory for Ensemble members. Agencies can continue to operate as they always have.

As Johnson put it: “It's all about offering you more choice.” 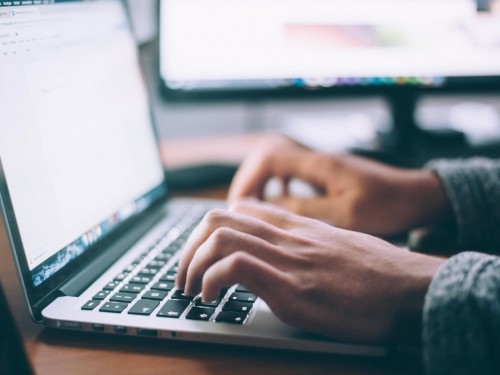