While Ottawa will soon nix pre-arrival PCR testing for short trips abroad, the Canadian Travel and Tourism Roundtable is continuing its cross-country campaign that calls for the removal of mandatory pre-departure PCR testing for fully vaccinated travellers.

The Roundtable, a cross-Canadian coalition of leaders in the tourism and travel sector, joined travel and hospitality leaders in Quebec on Wednesday (Nov. 24) to amplify its message to Ottawa.

The groups say that mandatory pre-departure PCR testing for fully vaccinated travellers to Canada is a major obstacle for international visitors and prevents Quebec's ability to showcase itself to the world.

Quebec business, sport and cultural leaders – including leaders from the Quebec International Pee-Wee Hockey Tournament, Clarion Pointe Aéroport Québec and Croisières AML– joined the Roundtable in calling on the feds to remove the pre-departure PCR test policy for fully-vaxxed visitors – regardless of trip duration.

For decades, international visitors have flocked to Quebec during the winter to to experience its unique and world-renowned events such as the Carnaval de Quebec, the Hôtel de Glace and the Quebec International Pee-Wee Hockey Tournament, the Roundtable said.

Quebec's tourism industry supports 402,000 jobs and more than 30,159 businesses, more than two-thirds of which are located outside the Quebec City and Montreal region, according to the Alliance de l'industrie touristique du Quebec.

The vast majority of these businesses are small businesses, with 82.4% having fewer than 20 employees. It is estimated that for every dollar spent by tourists, approximately $0.70 benefits the Quebec economy.

Pre-departure PCR tests for arrivals into Canada runs counter to the recommendations made by the Canadian federal government's COVID-19 Testing and Screening Expert Advisory Panel, which, in May, concluded that fully vaccinated travellers should not require a pre-departure test for a trip of any duration.

Recent changes by the federal government removing the PCR test requirement for those that have been outside of Canada for less than 72 hours “does nothing to help Quebec businesses,” the Roundtable said.

“Travel measures should be based on a traveller's vaccination status and should be consistent with the recommendation of the government's Expert Panel,” the Roundtable said. “The Canadian government's mandatory pre-departure PCR test to enter the country leads international travellers to do business elsewhere and hurts international tourism and our local economy.” 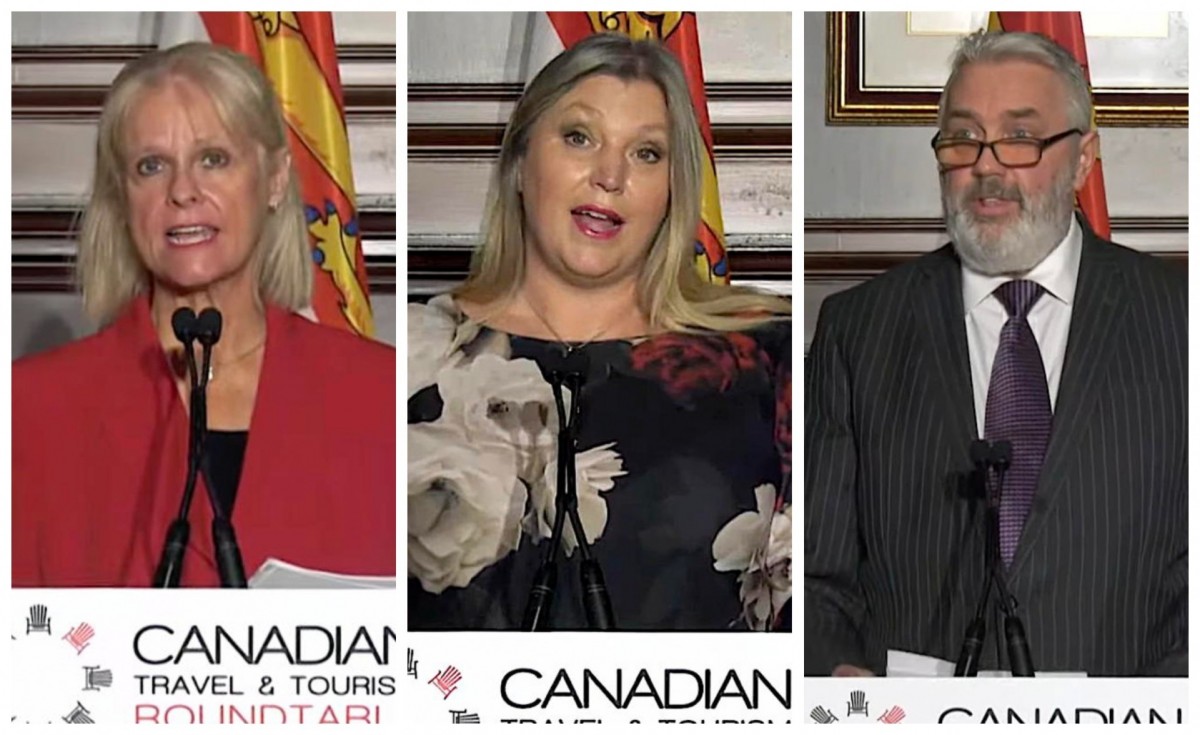 Then it was off to Banff, Alberta on Nov. 9 to explain how “unnecessary” barriers to travel are threatening the success of Alberta's ski season.

Then, on Nov. 11, a press conference was held in Vancouver to present how pre-departure testing is “threatening the survival of Vancouver businesses and freezing business travel.”

Following Ottawa’s decision to allow Canadians to return home without having to show a negative molecular (PCR) test for trips 72 hours or less, a change that kicked in Nov. 30, the Roundtable has said that Ottawa is “trying to solve one problem by creating another.”

The group argues that the change creates a “significant disadvantage for Canadian businesses that rely on American travel into Canada” by incentivizing one-way travel south of the border as Americans still require a pre-arrival PCR test to visit Canada.

"Canada stands alone as the only country in the world that is basing its travel rules on trip duration rather than vaccination status,” said Beth Potter, co-chair of the Canadian Travel and Tourism Roundtable and President & CEO of the Tourism Industry Association of Canada, last week. “To help rebuild Canada's tourism industry we need testing requirements that are consistent with those in place in other countries. And we need to harmonize those requirements across all modes of transportation be it by plane, car, boat, coach or train.”