The Travel Industry Council of Ontario (TICO) is considering the possibility of introducing mandatory courses and exams for its some 2,095 Ontario-based registrants.

Ontario’s travel regulator is mandated by the Ontario government to administer the Travel Industry Act, 2002, Ontario Regulation 26/05 and the Travel Industry Compensation Fund, which provides reimbursement of monies paid to an Ontario registered travel agent for travel services that are not provided.

All retailers and wholesalers selling travel in Ontario are required to be registered under the Act with TICO and registrants, currently, must take and pass an exam as part of the approval process.

But TICO says is it looking at ways of expanding its educational requirements even further. 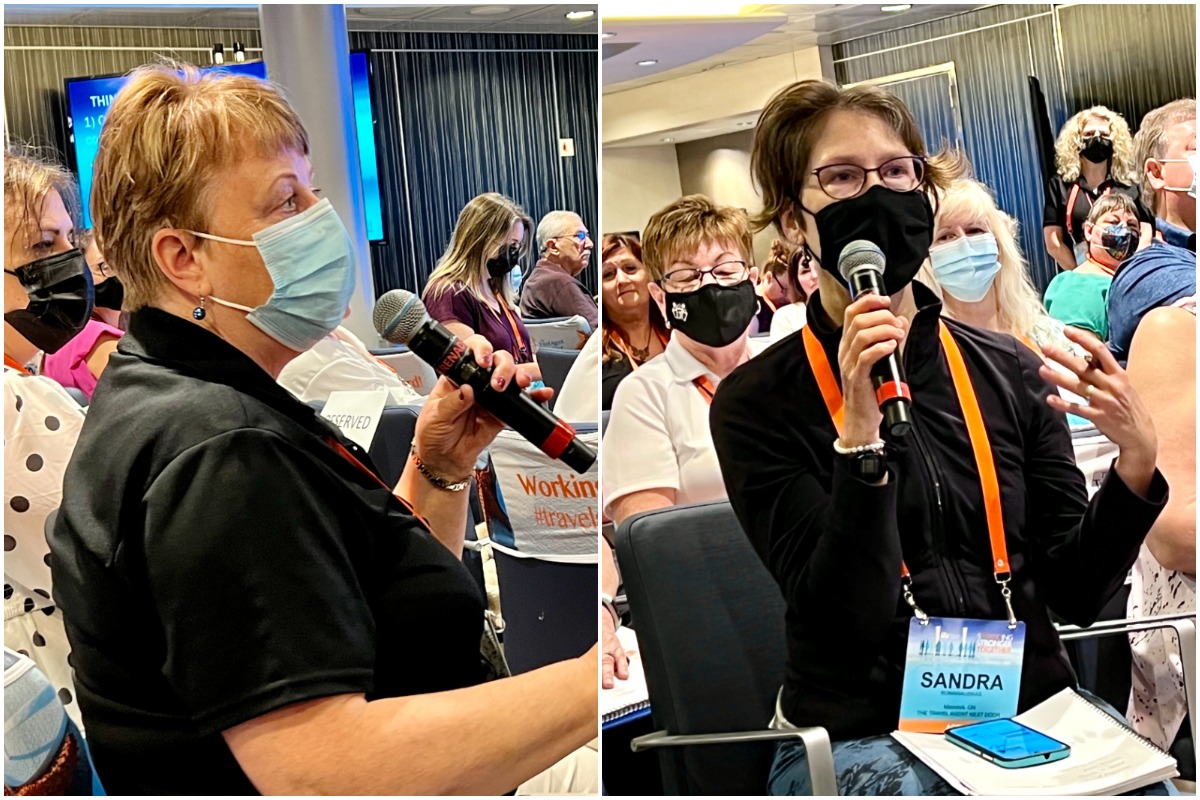 Smart was responding to a question submitted by an attendee, who asked if mandatory training was in the works given that TICO hired a full-time educational specialist, Christina Goodyear, in November of 2020.

Goodyear’s role is to oversee and lead “the successful development, design and execution of TICO’s educational program, including the creation of educational materials by leveraging technology for entry-level requirements and continuous education opportunities for all registrants,” TICO told PAX in a statement.

While mandatory training, beyond the initial exam, is currently not in place: “It is something we anticipate in the future,” Smart said.

“Certainly, introducing some sort of mandatory refresher along the way makes a lot a sense to TICO and the Board.”

“It’s a discussion we’re continuing to have and hopefully that’s something we’ll see in the future.”

Following this week’s AGM, which was held virtually on Zoom, TICO’s Board of Directors re-elected Scott Stewart as Vice-Chair.

Robert Townshend was the successful candidate for the two-year elected position on the Board and Joanne Dhue was named to the Board by the Canadian Association of Tour Operators and will serve for a two-year term.

“TICO sends a heartfelt thank you to our outgoing directors who retired from the Board over the last year: Sherry Scott, Ian McMillan, and Richard Edwards,” Smart said in a statement

Mr. Levinson assumed the role of Board Chair from Jean Hébert, whose term expired following his successful tenure as Board Chair over the past five-plus years.

Time to hit the ground running

Ontario’s Minister of Government and Consumer Services Ross Romano, who was invited to speak at the event, acknowledged how the travel industry has been impacted “in such a significant way.”

“The sector has been hurt tremendously, but it is one of the most integral and important sectors in our province,” Minister Romano said.

Canada’s rising vaccination rate is one reason to feel optimistic, he said.

“We all recognize how tough it’s been,” he said. “The opportunity to hit the ground running is now and we want to do everything we can to support you in those causes.”

The latter, announced on May 13, was positioned as a program that would provide payments of $10,000 to $20,000 to hard-hit travel and tourism businesses, such as hotels, motels, resorts, bed and breakfasts and travel agents.

But as advocates and Ontario-based travel advisors have pointed out, not everyone in the travel industry has been able to access the funds.

Independent travel advisors, for one, have been unable to qualify for the much-needed grant for the reasons outlined here.

While the deadline to apply for the program was recently extended to July 9, 2021, TICO acknowledged that there’s been “confusion” over eligibility.

“TICO has been active to answer questions and provide support [and] we’ve largely been in background, providing information to [Ontario’s finance and tourism] ministries,” Smart said.

Registrants by the numbers

By year-end, the impact of COVID-19 “was evident,” Smart said, as 263 (or 11 per cent) of travel agencies and wholesalers surrendered their registrations.

More than 300 have surrendered their registration since the start of the pandemic, Smart said.

On a positive note, there were 52 new TICO registrations approved in 2020 and an additional 14 so far this year as “entrepreneurs were open to the new challenges and opportunities that were emerging in this new normal environment,” Smart said.

For registrants who surrendered their licence, there remains an opportunity of reinstatement within the next year, Smart said. 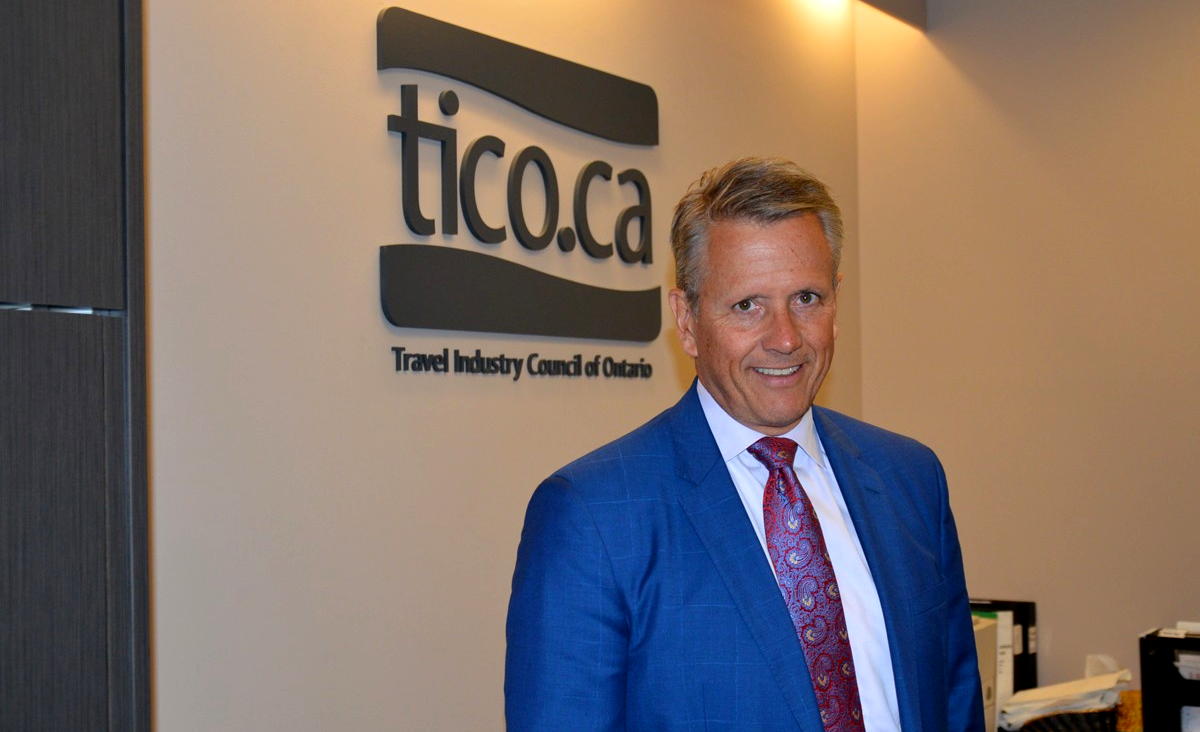 As such, a Consumer Industry Advisory Committee (CIAC) was launched to provide advice on new initiatives, policy matters, innovation and other changes that impact the travel marketplace.

Levinson said the selection process for this new committee is complete and that it includes individuals with backgrounds in business, education, insurance, marketing, travel and tourism.

“The Board is excited about this initiative and looks forward to receiving feedback from this group,” Levinson said.

The Board is also looking to the future of TICO and its environmental, social and government strategy, with an emphasis on diversity, equality and inclusion, Levinson said.

TICO’s response to the pandemic included the waiving of all fees payable to the regulator through to March 31, 2022.

TICO has provided a two-year exemption from filing an annual financial statement by a licensed accountant and instead, substituting it with a simplified internally-prepared attestation.

The regulator has eliminated the requirement for a registrant to repay commissions and other remuneration received to the Compensation Fund where the customer has been made whole.

TICO also expanded the coverage under the Compensation Fund until March 31, 2024, for consumer claims involving travel services purchased with credits or vouchers.

“This low level of consumer claims reflects the strength of the travel marketplace prior to the start of the pandemic,” Smart said.

Last fall, the Ontario government provided TICO with roughly $4.3 million in funding, which enabled the fee waiver, allowed for refunds to registrants for fees that had already been paid and provided funding for TICO’s operations.

TICO currently has 27 employees and has government funding through to March 31, 2022, Smart said.

“We’re very optimistic the travel recovery will take hold,” he said. “I think beyond 2022, we’re in a good position to continue on with our mandate.” 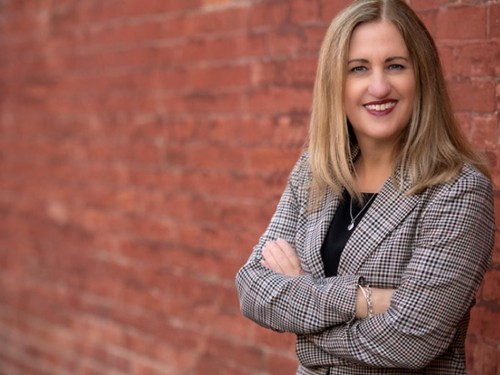