These are the world's most punctual airlines

The annual report analyzes the 2018 performance of airlines around the world, and ranks them in order of their timeliness and reliability.

The league is based on 58 million flight records using full-year data from 2018 to create a ranking of the best on-time performance (OTP) for the world’s largest airlines and airports. The Punctuality League rankings are shown as tables of the Top 20 airlines worldwide for OTP as well as the Top 20 Mainline airlines and low-cost carriers (LCCs). The world’s airports are divided into five size categories and the best in each category are ranked.

How do airlines qualify?

According to the report, airlines must qualify for the Punctuality League by ensuring their flights arrive or depart within 15 minutes of their scheduled arrival/departure times. Airports must have a minimum of 2.5M departing seats to be included in the report.

Both low-cost carriers and mainline carriers qualify for the report.


Latin American airline Copa Airlines achieves the top spot with on-time performance of 89.79%. Ranked 4th in the 2018 Punctuality League, the airline has improved OTP by more than three percentage points.

WestJet was the only Canadian airline to score a spot on OAG's list, placing tenth amongst a series of U.S. airlines. 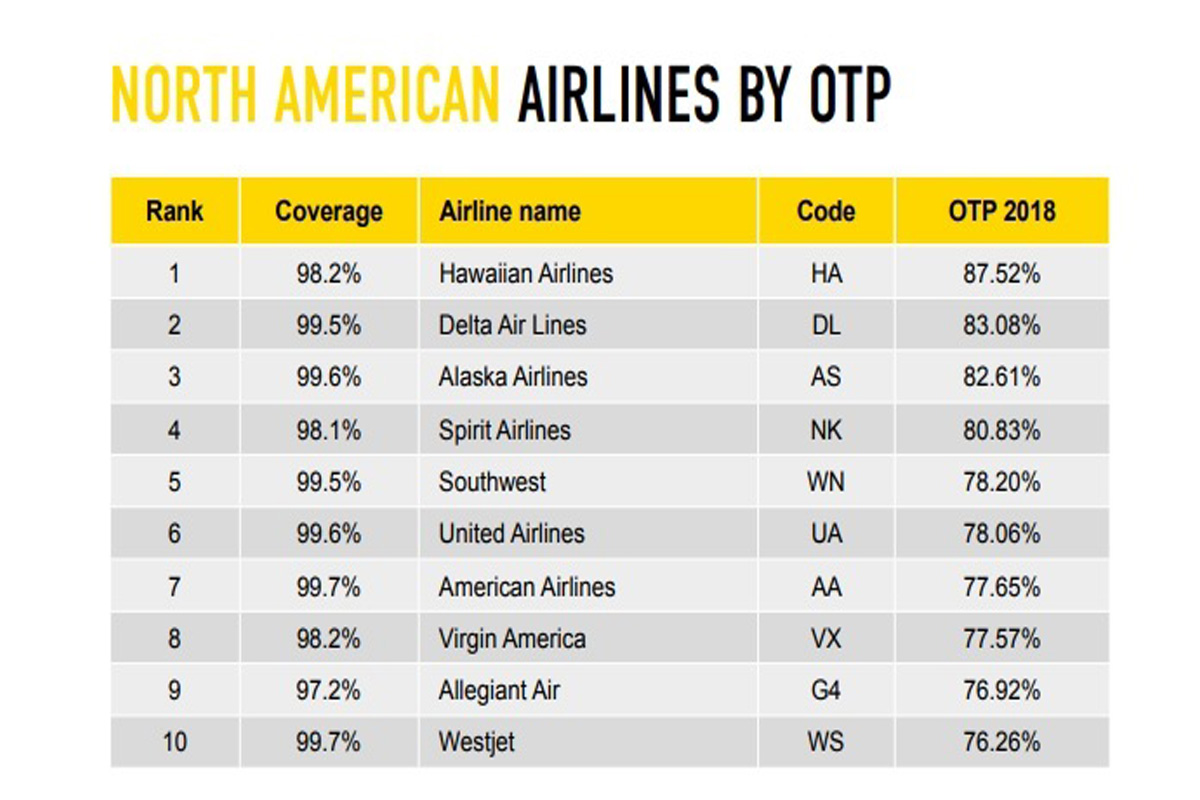