The Walt Disney Company is opening a new attraction that will remind guests that anyone can cook.

CEO Bob Chapek, on Tuesday (March 9), announced the grand opening of Remy’s Ratatouille Adventure at EPCOT will be Oct. 1, 2021.

Ratatouille, a much-loved animated comedy produced by Pixar and released by Walt Disney Pictures in 2007, tells the story of Remy, a determined rat that aspires to become a renowned French chef.

The upcoming family-friendly attraction at EPCOT will officially debut as part of the kickoff for “The World’s Most Magical Celebration” honouring Walt Disney World Resort’s 50th anniversary. 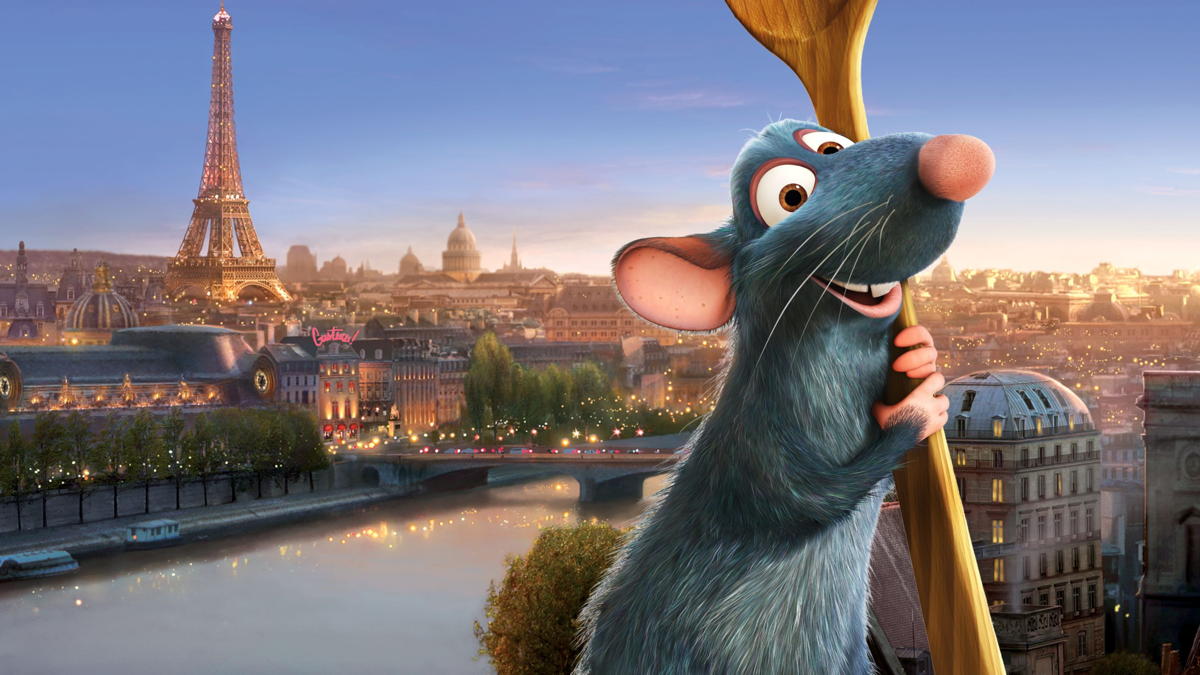 Remy’s Ratatouille Adventure invites guests into the flavourful world of Disney and Pixar’s Academy Award-winning Ratatouille, where they will feel as if they shrink to the size of Chef Remy and scurry through Gusteau’s famous restaurant.

“In this delicious new attraction, you’ll feel like you’ve shrunk to the size of Chef Remy as you scurry through Gusteau’s famous restaurant on a wild adventure for the whole family (no height requirement!),” wrote Jeremy Schoolfield, managing editor of Walt Disney World Resort Public Relations on Disney Parks’ blog.

The lights and romance of Paris clearly had an influence on the attraction’s layout and design. 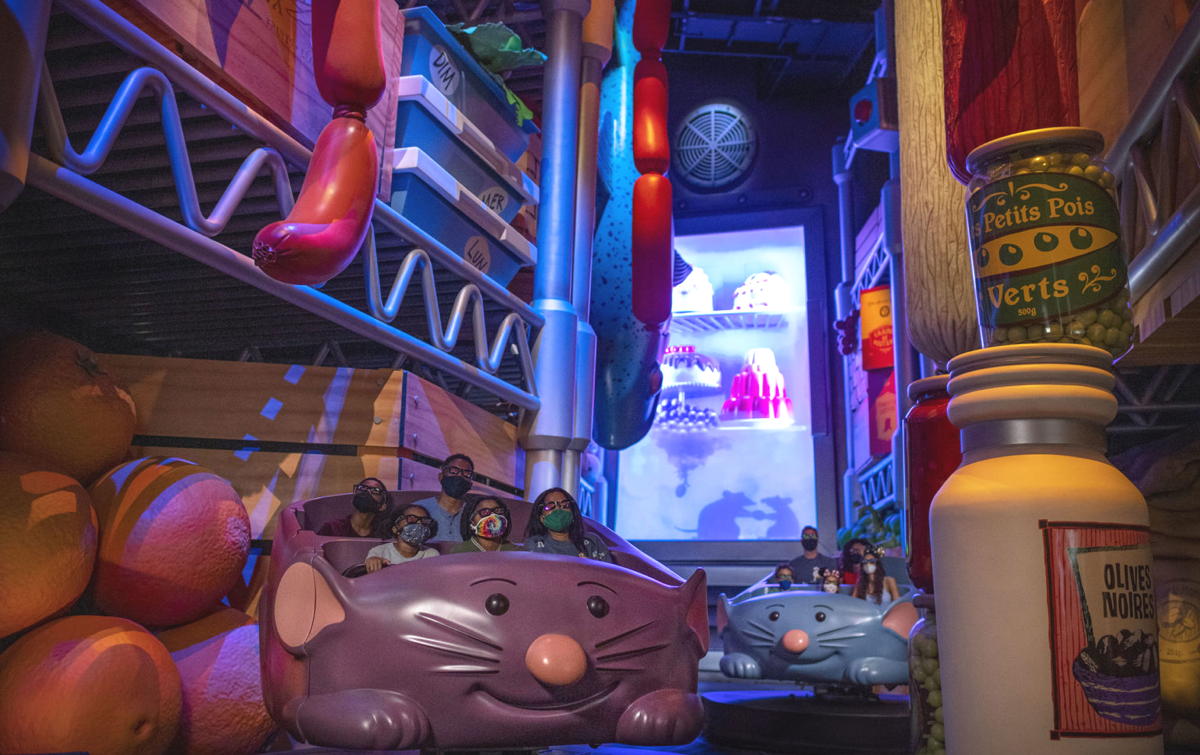 “When you round the corner into this new portion of the pavilion, you’ll be transported into a fanciful version of Paris that feels straight out of the animated film,” wrote Schoolfield. “As you can see in this beautiful nighttime photo we’re sharing today [below], it’s easy to understand why little Remy fell so head-over-heels in love with the “city of lights.” 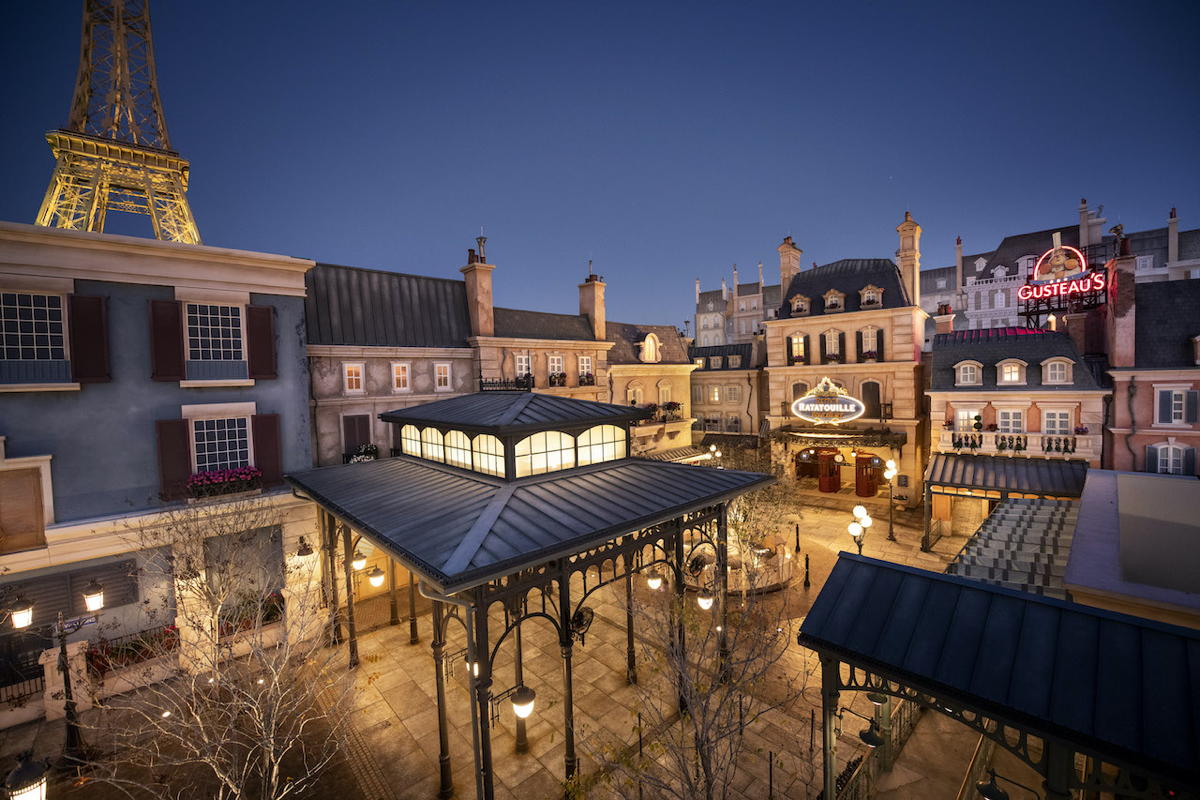 Also debuting Oct. 1 in this section of the pavilion will be a delicious new restaurant, La Crêperie de Paris, offering both table- and quick-service options.

The attraction, restaurant and pavilion expansion are all part of the historic transformation of EPCOT currently underway. 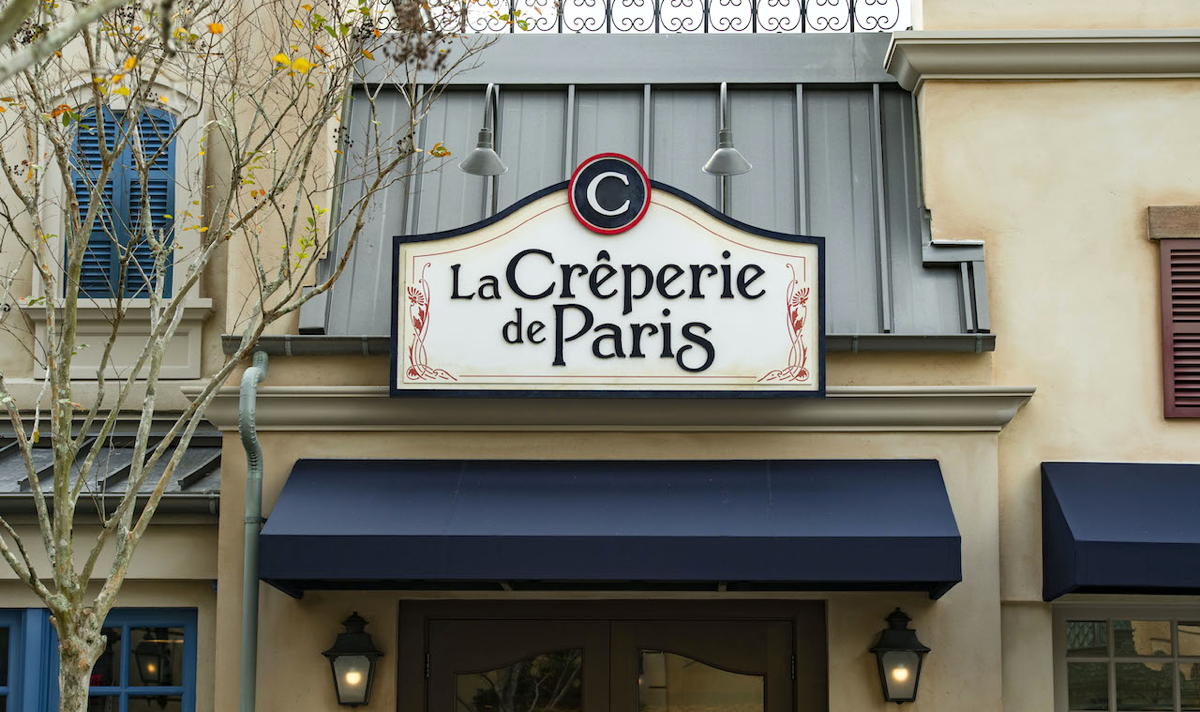 “The World’s Most Magical Celebration” begins Oct. 1 on the 50th anniversary of Walt Disney World.

This 18-month event will feature new experiences at the resort’s four theme parks and beyond, where shimmering EARidescent décor will appear as if by magic.

Remy’s Ratatouille Adventure and La Crêperie de Paris will now join in the festivities for this landmark occasion and more details about the celebration will be announced down the road.