An entirely new land dedicated to discovering, recruiting and training the next generation of super heroes is opening at Disney California Adventure Park on June 4, 2021.

Avengers Campus invites those who are lifelong fans of super heroes (and those discovering them for the first time) to team up with the Avengers and their allies to live out their super hero dreams in this fully immersive land that mixes innovative technology and fun for all ages.

“We are so excited to soon welcome our guests to Avengers Campus, our first land dedicated to Super Heroes,” said Ken Potrock, president, Disneyland Resort. “Here, our cast members will unite to help guests of all ages find their super powers and create special memories.”

Avengers Campus brings together earth’s mightiest heroes for the common good, and they’re calling all recruits to join the action: Team up with the Avengers and their allies; sling webs with Spider-Man, taste-test inventive food and drinks and become part of a bigger universe.

Guests will have the chance to witness Spider-Man swinging into action high above Avengers Campus with gravity-defying, acrobatic feats never seen before in a Disney park.

WEB SLINGERS: A Spider-Man Adventure, a new attractive, will takes guests on an interactive escapade.

Guests will also train with Black Panther and Wakanda’s elite guards, the Dora Milaje; team up to save the Guardians of the Galaxy from The Collector’s Fortress; encounter super heroes (and villains), and experience the thrills as Avengers hold off their foes and save the day. 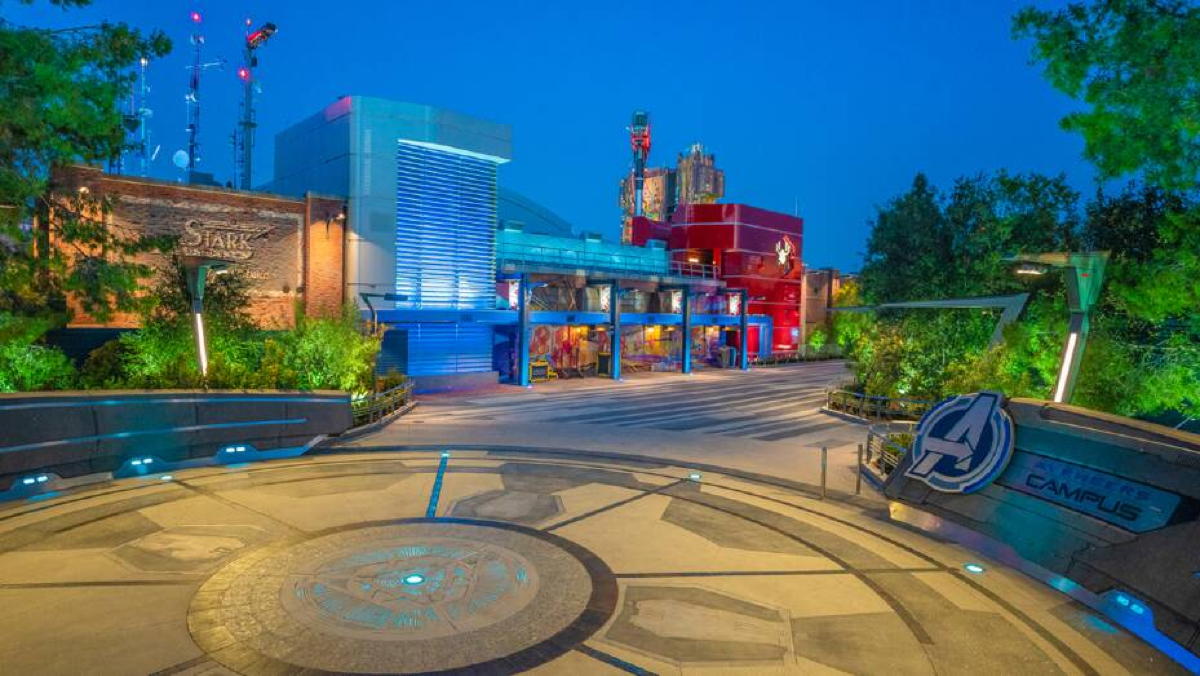 Those seeking provisions for their next mission will find them at Pym Test Kitchen featuring Impossible Foods.

While exploring Avengers Campus, recruits may encounter Iron Man in his new armor, the Mark 80. Ant-Man and The Wasp appear for the first time at the Disneyland Resort and Doctor Strange will train recruits in the ways of the mystic arts at an Ancient Sanctum.

Black Widow, Black Panther, Thor, the Guardians of the Galaxy, Captain America and Captain Marvel are among those joining the action.

“When we set out to create these extraordinary Super Hero experiences across the globe, we designed a new Spider-Man attraction for Disney California Adventure park in an immersive land with amazing character experiences,” said Scot Drake, portfolio creative executive for Walt Disney Imagineering. “We also crafted an original story that ties all the experiences together in ways that are authentic to these characters. We worked side-by-side with teams that brought the Avengers films and comics to life to create a place that champions the next generation of heroes.”

Dave Bushore, vice president of Franchise Creative & Marketing for Marvel Studios, added: “The optimism inherent in Avengers Campus captures the diversity, power and teamwork these extraordinary characters possess, and now they come together to unite people from all over the world under one guiding principle: We are stronger together.”

The story of the land unfolds with detail as Avengers Campus is comprised of several heroic locations, each hosted by a different Avenger or their ally to share their unique powers, technology and knowledge with recruits.

The first key address is the Worldwide Engineering Brigade – also known as WEB. 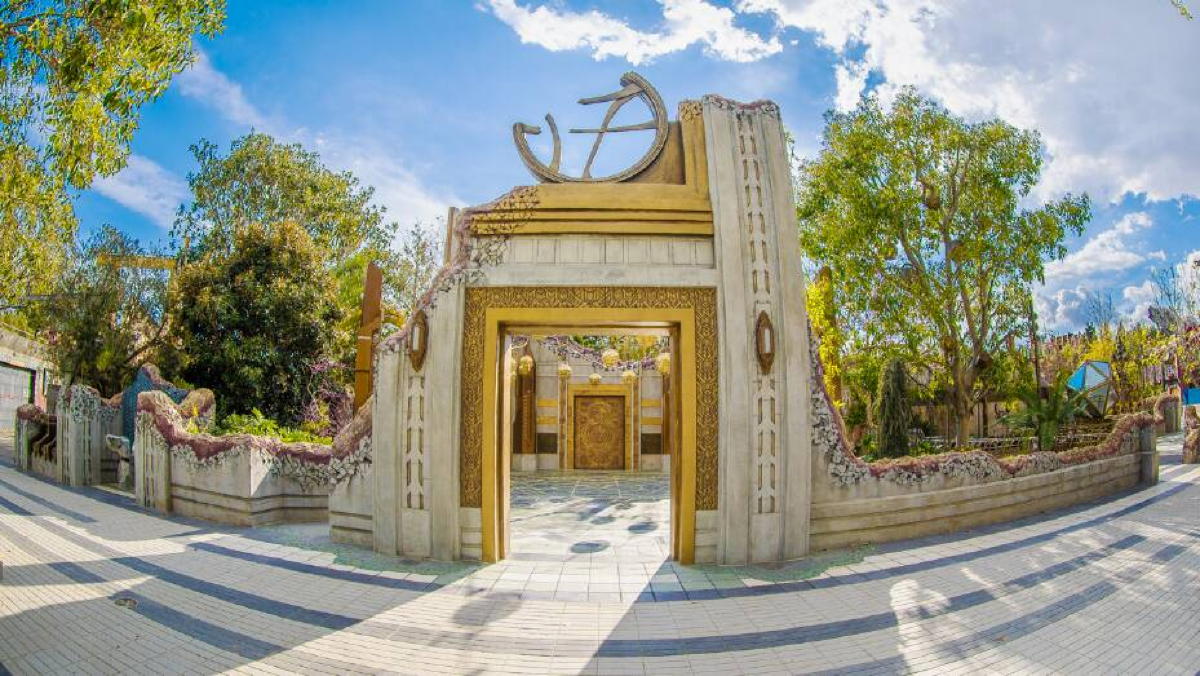 It brings together bright innovators like Peter Parker who have been assembled by Tony Stark to invent new technologies and equip everyday people to become heroes.

WEB is home to the new WEB SLINGERS: A Spider-Man Adventure, the first Disney ride-through attraction to feature this iconic Super Hero.

Avengers Headquarters is at the heart of the land, an iconic building where guests may catch a glimpse of the Avengers springing into action ready to save the day. A shining Quinjet sits atop its roof as a beacon for the campus.

Tom Holland will reprise his role as Peter Parker in the land’s new attraction WEB SLINGERS: A Spider-Man Adventure. 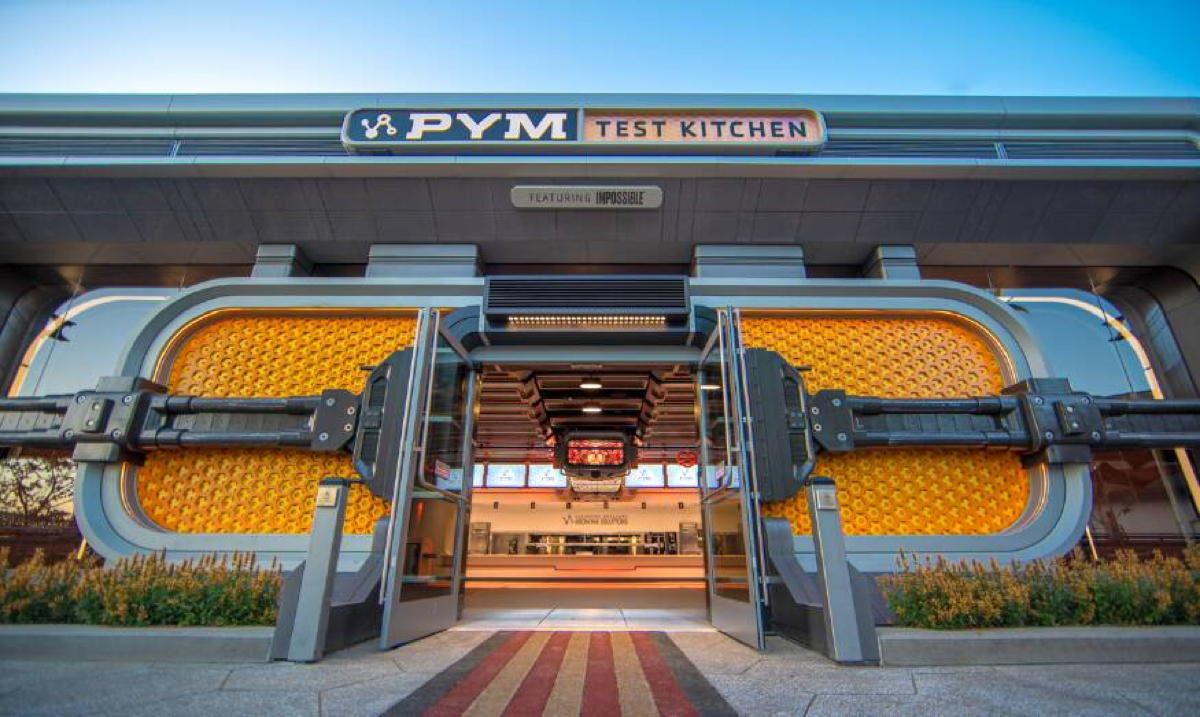 And looming high above the land is the towering citadel of Guardians of the Galaxy – Mission: BREAKOUT!, a fan-favorite that opened in Disney California Adventure in 2017.

The magic returns to Disneyland Resort theme parks when Disneyland Park and Disney California Adventure officially reopen to the public on April 30, 2021, with limited capacity.

Due to governmental requirements and physical distancing, the Disneyland Resort will manage attendance through a new theme park reservation system that requires all guests to obtain a reservation for park entry in advance.

To enter a park, both a park reservation and valid admission for the same park on the same date are required for guests ages 3 and up.

Theme park reservations will be limited and subject to availability and, until further notice, only California residents may visit the parks, and in groups no larger than three households, in line with current state guidelines.

Details about this new reservation system are at Disneyland.com, and guests are encouraged to check the site for the latest updates as they become available.