Showing a bogus COVID-19 test result while attempting to enter Canada is still a risk some travellers are willing to take, it seems, and it’s costing people big time.

Transport Canada on Thursday (May 6) announced that it has issued fines to two individuals for presenting false or misleading COVID-19 pre-departure tests.

The first passenger was fined $2,500 for presenting an altered COVID-19 test and knowingly boarding a flight from the Dominican Republic to Toronto on Feb. 8, 2021, the federal department said.

The second passenger was fined $6,500 for presenting an altered COVID-19 test and knowingly boarding a flight from the United States to Toronto on April 3, 2021.

In this case, the passenger also made a false declaration to the air carrier about their health status, which is a definite no-no.

Under the Interim Order Respecting Certain Requirements for Civil Aviation Due to COVID-19, air travellers are prohibited from knowingly providing false or misleading COVID-19 test documentation.

Since January, travellers have been required to obtain a negative COVID-19 molecular test within 72 hours of boarding any flight inbound to Canada or a proof of a positive test result within at least 14 days and no more than 90 days prior to arrival.

Those test results must be presented to air crew prior to boarding their flight, and any passenger failing to comply with order could be fined up to $5,000 per violation.

“Transport Canada will continue to investigate incidents reported to the department and will not hesitate to take enforcement action where it is warranted,” said the department, which is still advising against non-essential travel.

READ MORE: Fake & fast COVID tests are being sold in Mexico (and they’re working in Canada)

Suspicions that some may try to circumvent the rules intensified after a Quebec-based journalist, in a Jan. 9 story, reported how easy it was to purchase a bogus negative COVID-19 test result – in less than 60 minutes and for $100 – in Cancun, Mexico. 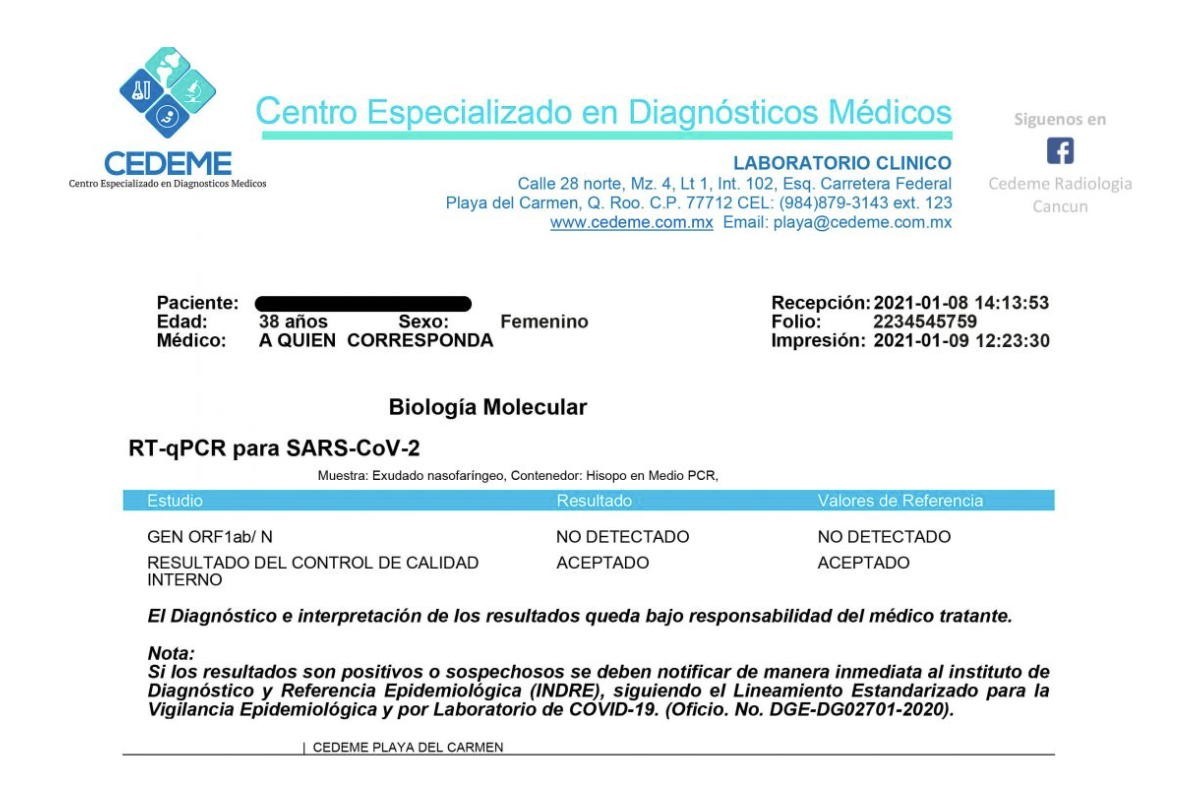 The reporter even managed to get the “test” approved by a border officer at Montreal airport, despite it being 100 per cent fake.

It appears Canada Border Services Agency officers have sharpened their detection tools over time, and aren’t holding back on laying down the law.

Two passengers on a flight to Canada from Mexico on Jan 23, 2021, were fined $10,000 and $7,000 respectively for presenting a false or misleading COVID-19 test and for making a false declaration about their health status.

One passenger on a flight to Canada from Mexico on Jan. 18, 2021, who was fined $1,000 for failing to provide the air carrier with evidence that they received a negative result for a PCR test that was performed on a specimen collected no more than 72 hours before the aircraft’s initial scheduled departure time.

Another passenger on a flight to Canada from Germany on Feb. 25, 2021, who was fined $2,500 for failing to respect a mandatory quarantine order and for making a false declaration about their health status.

Airlines who have reason to believe that a passenger has provided a fake document are required to report the incident to Transport Canada.

But just how many people out there are purposely trying to trick Canada’s border guards with false tests?

Not many, says Transport Canada.

As of April 25, 2021, more 99 per cent of travellers arriving by air were compliant or exempt from the pre-board testing requirements, the government agency says.