While getting high on cannabis is legal in Canada, you can’t import pot into Canada, or export it, unless you have a valid permit or exemption issued by the federal government.

This is all outlined in the Cannabis Act, which was passed in October 2018, when cannabis was first legalized in Canada.

The Canada Border Services Agency (CBSA), however, is sticking to its guns in establishing a penalty system for those who cross the border with cannabis in tow without declaring it. 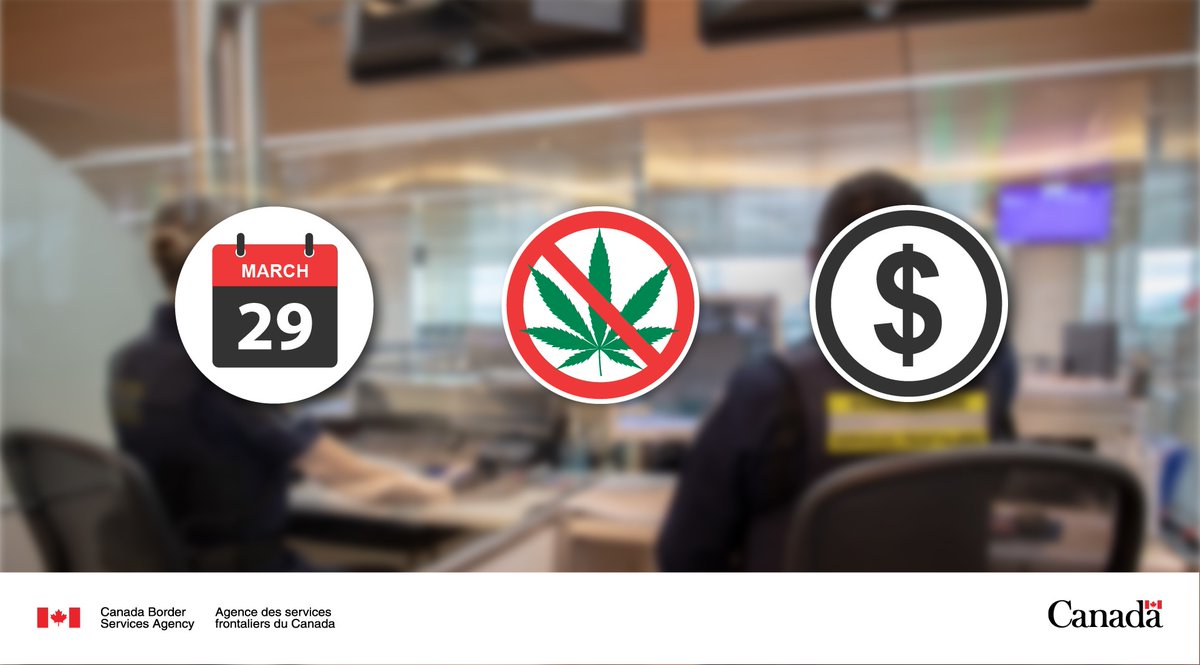 Starting Monday (March 29), as part of new enforcement measures supporting the Cannabis Act, the CBSA will begin issuing steep fines to travellers who fail to properly declare cannabis and cannabis products when crossing the border.

“This is another tool, besides criminal prosecution, to crack down on the unauthorized cross-border movement of cannabis in any form,” the CBSA said in release on March 26.

Travellers that don't declare their cannabis, no matter what the quantity is, or don't give accurate information in their declaration, could be fined up to $2,000.

This applies to CBD products made from cannabis or hemp, too.

If you fail, a border services officer will “detain the undeclared cannabis or cannabis products with no terms of release” and serve the traveller with a written Notice of Penalty Assessment.

The penalty’s amount, which starts at $200, will be based on:

Depending on the seriousness and nature of the offence, the CBSA may pursue criminal prosecution in addition to the monetary penalty.

And if convicted, travellers may face imprisonment, a court fine, or both, the CBSA stated.