As discussions heat up around Canada’s commitment to developing a health pass system for fully vaccinated people, a new survey says that Canadians, generally speaking, are in favour of travellers being required to show vaccine proof for domestic travel.

The study, conducted by Nanos Research and commissioned by CTV News, surveyed 1,025 Canadians, 18 years of age or older, between April 29 and May 3.

Among the participants, 74 per cent of respondents say they either “support” or “somewhat support” it being “mandatory to produce a proof of vaccination for anyone travelling between regions in Canada in addition to attending a large gathering, such as a concert or sports game.

Twenty-four per cent either “oppose” or “somewhat oppose” it, and two per cent remain “unsure,” the survey found.

The findings come as the feds move on plans to develop a vaccine certification system, otherwise known as a “vaccine passport,” with the intention of allowing Canadians to resume international travel.

Government officials have made it clear that whatever method they adapt, it will be a coordinated approach with other countries – notably Europe – that are pursuing similar initiatives.

G7 members met on Wednesday (May 5) to discuss the prospect of introducing vaccine passports for the purpose of resuming travel, agreeing that the plan should be a collaboration between countries and international bodies, including the International Civil Aviation Organization and the World Health Organization.

"Canadians are going to want to travel and just like there have been changes in other kinds of travel requirements over the years as a result of a number of events, Canadians need to be prepared to be able to travel internationally. And we'll make sure that they are," Hajdu said.

Minister Hajdu revealed that a vaccine passport feature may be added to the already-built ArriveCAN app, which was launched last year.

Nanos Research’s latest study isn’t the only survey to address this subject.

In another recent survey of of 1,000 Canadians, Ipsos found that six in ten Canadians (61%) say that only people who have been vaccinated should be allowed to do things that involve large groups of people, such public transit, flying, or attending cultural and sports events.

Prime Minister Justin Trudeau, speaking to journalists on April 27, said vaccine certificates are “naturally to be expected” during the pandemic, acknowledging that proof of vaccination is a well-established practice that has existed for some time now. 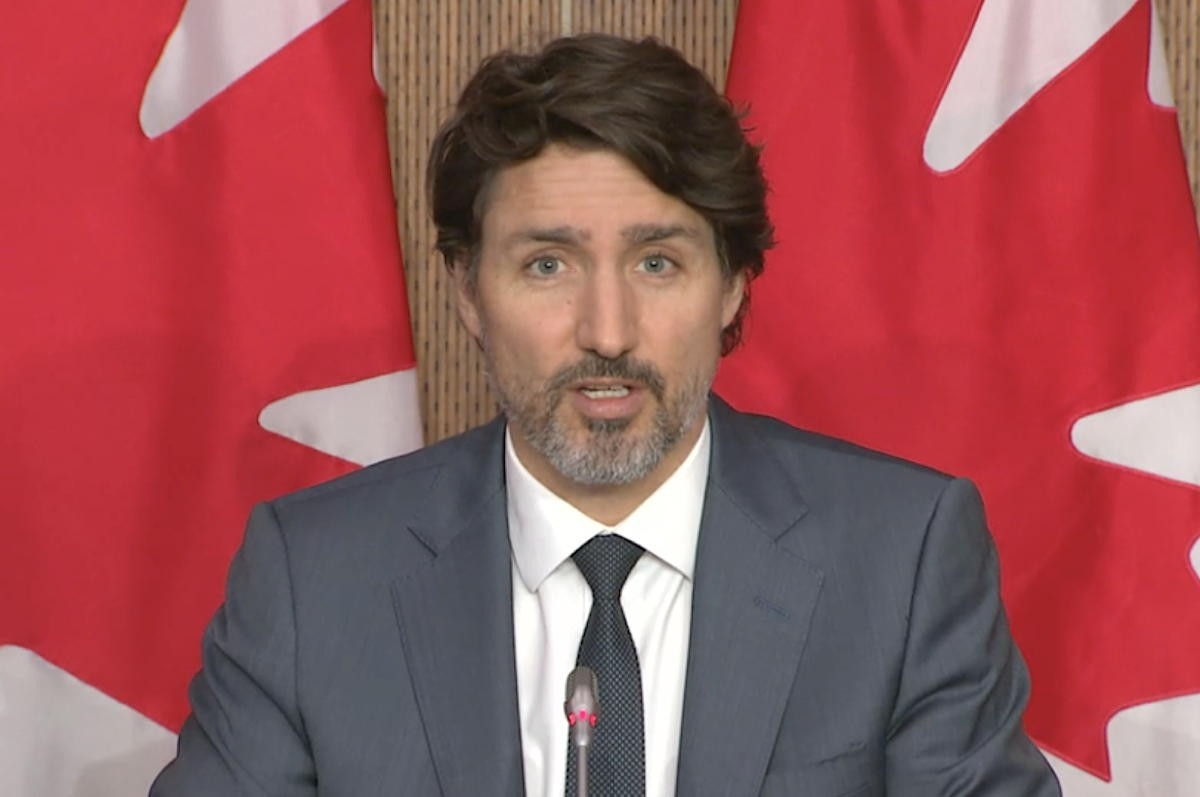 Trudeau, however, has been cool towards mandating vaccine certificates on the domestic level, telling media in March that they can be “discriminatory" towards people who cannot receive a vaccine for medical reasons (or who simply choose not to receive one).

Trudeau, on Tuesday (May 4), said Canada is currently working with Europe to develop an approach that aligns with other partners around the globe.

“We are now working with allies, particularly in Europe, on that. Ultimately, it’s up to every country on what requirement they expect from incoming travellers,” Trudeau told reporters, adding that Canadians could possibly begin travelling again this summer, depending on the health situation and how the vaccination roll out goes.

The United States, meanwhile, has decided not to move forward federal vaccine passports.

“There will be no federal vaccinations database and no federal mandate requiring everyone to obtain a single vaccination credential,” said White House Press Secretary Jen Psaki in April, adding how the government doesn’t want such certificates “used against people unfairly.”

Overseas, the “EU COVID-19 Certificate” advanced with a vote in European Parliament on April 28, allowing negotiations between Parliament and the EU Council to begin with hope of launching a health pass program in Europe by June.

The International Air Transport Association's (IATA) has also released its own app – the IATA Travel Pass –  for enhancing compliance with health requirements for air passengers.