Turn left! Which way to the museum? Follow me!

It was a bustling day of exploration and excitement as Canadian travel advisors, with maps in hands, hit the cobblestone streets of Basel, Switzerland to compete in the 2021 Air Canada Race, a fun-filled game where participants work in teams to engage with destinations to drive future business.

A scavenger-like hunt competition (inspired by The Amazing Race, the television show), the game, which unfolded on Sunday (Aug. 29), involved 36 travel pros who were divided into six teams named after traditional Basel themes.

From morning to afternoon, each group was tasked with solving six different challenges in six locations throughout charming Basel, a boutique, arts-oriented town affectionately referred to as “the cultural capital of Switzerland.” 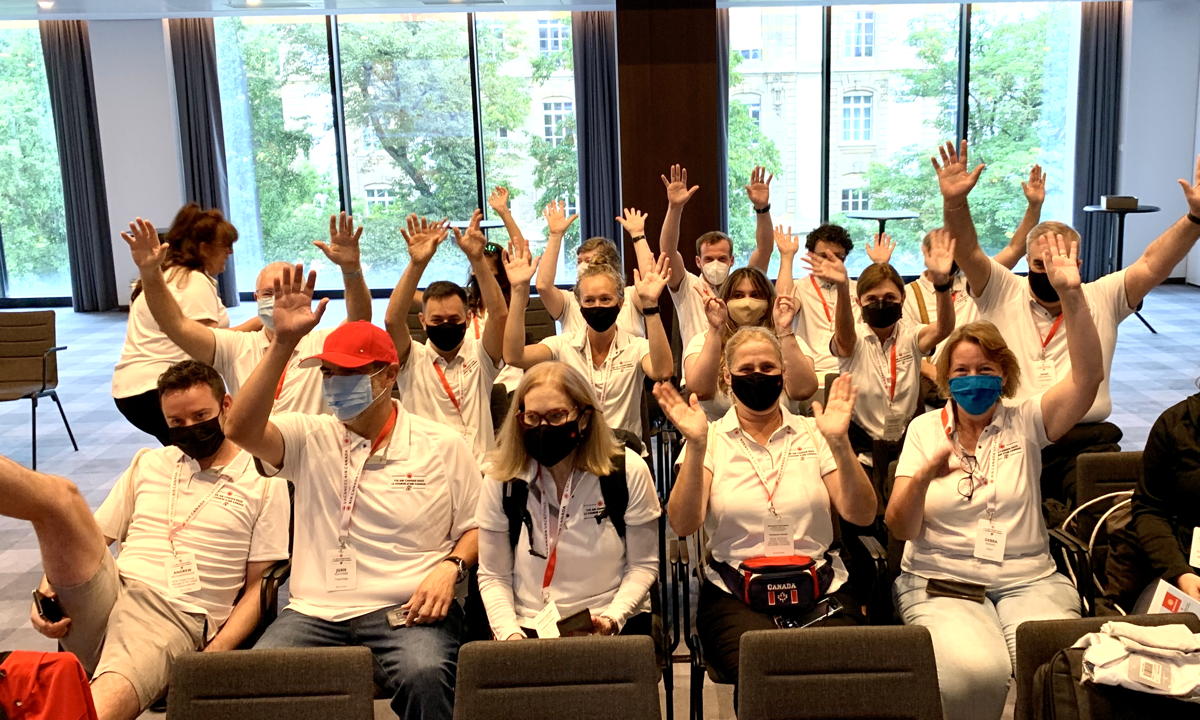 Points where awarded at each stop, where racers, with support from Air Canada, Switzerland Tourism and Basel Tourism, put their heads together to solve creative (and sometimes wild) challenges that were designed to teach participants about Basel’s history, culture and traditions.

For Catherine Stockdale, a senior corporate travel advisor and groups agent from Burlington, ON-based Travelpath, the high-energy game was “a great way to see a city.”

“You can sell Switzerland, but you don’t know anything until you come here, eat and drink your way through, and get an in-depth look,” Stockdale told PAX, which covered the race on location. “It’s such an interactive experience.”

Having agents physically go to Switzerland and experience local life is a “big deal,” said Pascal Prinz, director for Switzerland Tourism in Canada. 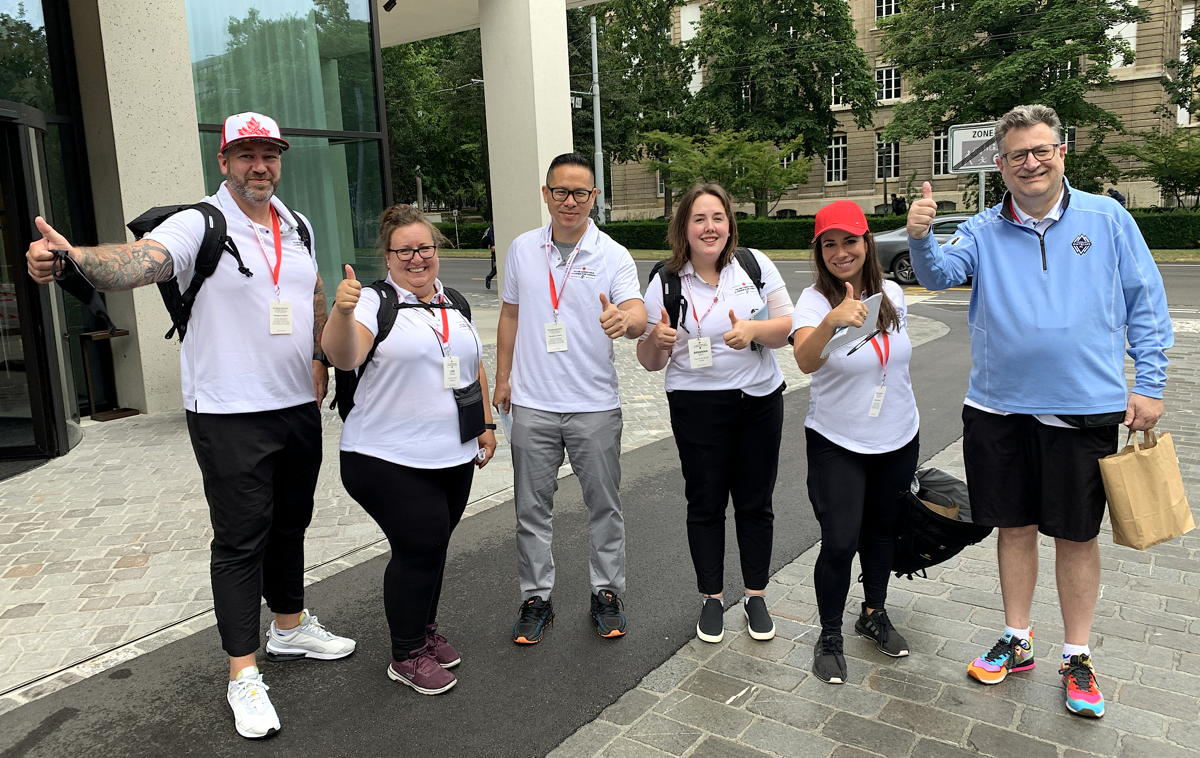 The Air Canada Race, which will include meetings with local suppliers, hotel visits and tours through other communities this week, is Switzerland’s first major trade mission involving travel advisors and trade media in nearly 18 months.

“The trade is crucial to restoring confidence in travel,” Prinz told PAX. “The best way we can support agents is to bring them to our destination.”

The brand new Mövenpick Hotel Basel, which opens Sept. 1, was home base for the race – agents were literally the first guests to stay at the hotel, which many attendees described as “warm, cozy and modern.”

The hotel is, conveniently, just a five-minute walk from the train station. 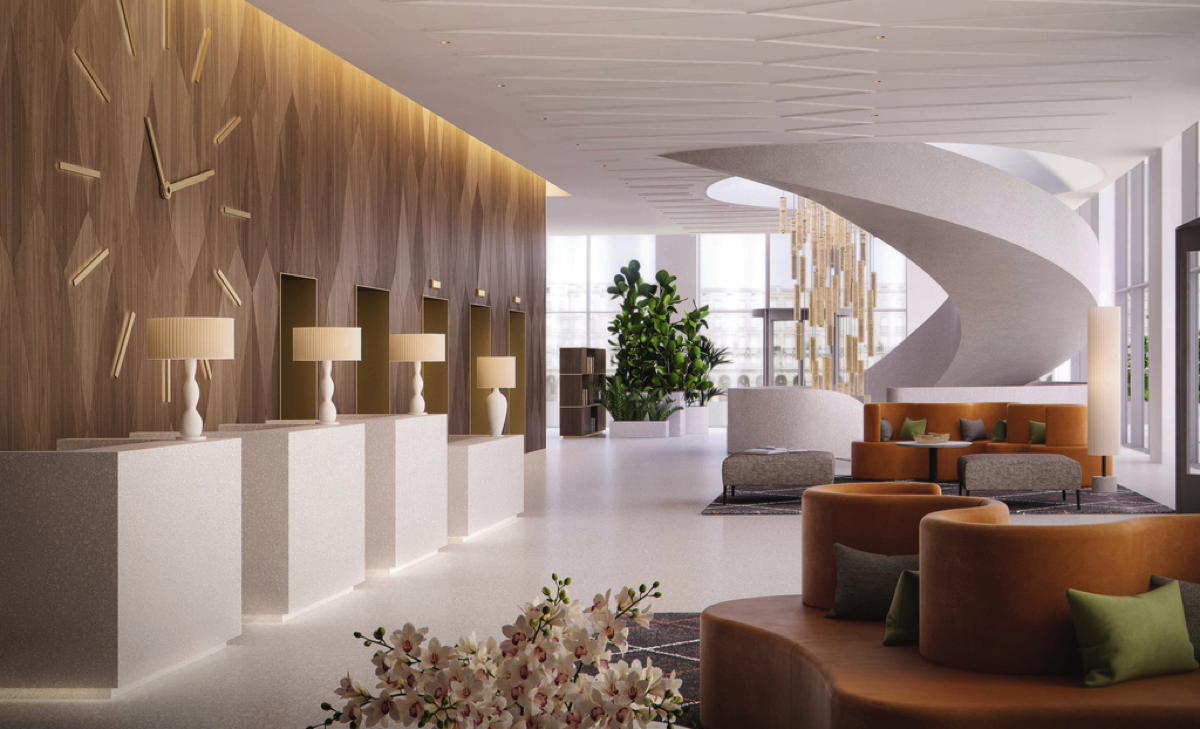 Each challenge on Race Day was an opportunity to engage with Basel in a memorable, adrenaline-fuelled way.

One stop required participants to dress three mannequins in traditional Basel carnival costumes in just five minutes (watching the teams get tangled in yellow wigs, clown-like masks and circus-inspired clothing was a hoot).

Then there was a challenge at Jakob’s Leckerly shop – a company dating back to 1753 that specializes in signature biscuits. Here, teams were required to wrap boxes of biscuits in under 12 minutes. (Presentation mattered!) 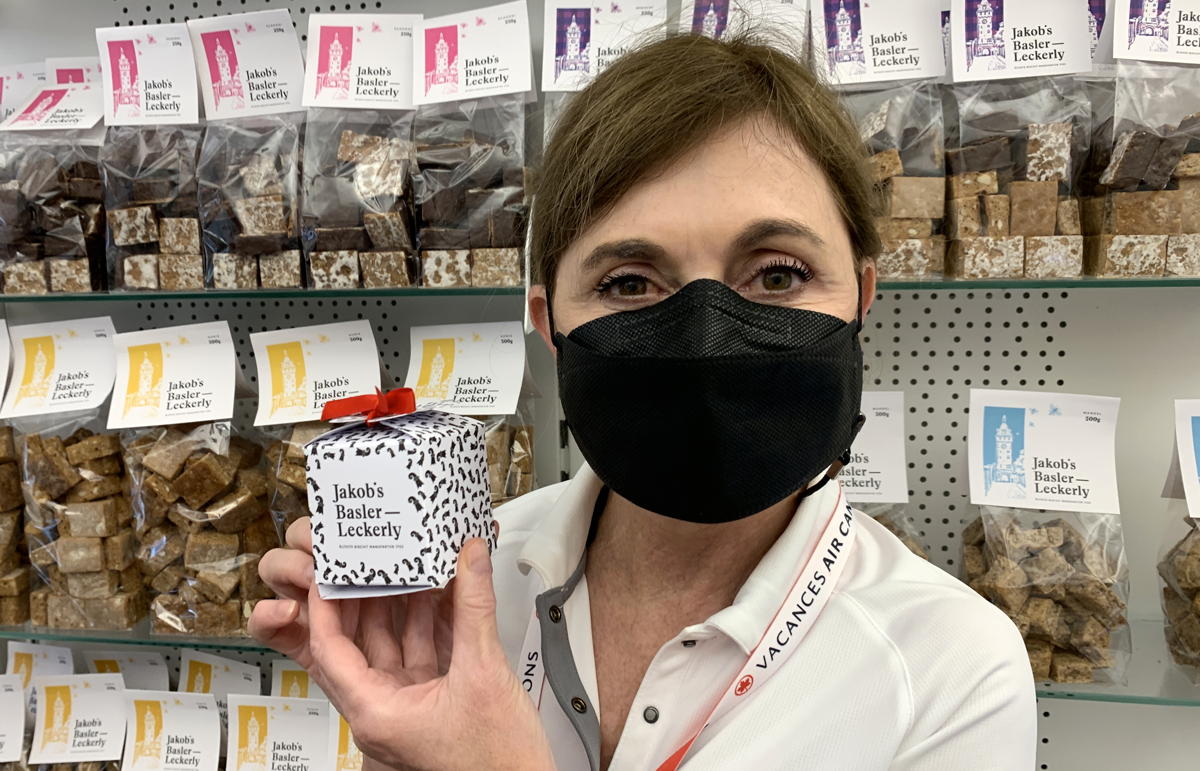 The race unfolded on land and on water – at one point, participants had to catch a water taxi and sail down The Rhine river (which flows through Basel) for a challenge at Dreiländereck, a monument where the borders of France, Germany and Switzerland meet.

Basel is famous for its many, many museums – there’s 40 of them packed into 37 square kilometres! So, naturally, a challenge at Kunstmuseum/Museum of Fine Arts was planned.

Inside, participants split up and tracked down artistic works, passing original van Goghs and Monets through 10,000 square metres of exhibition space spread out across three buildings.  (The museum has the largest public art collection in Switzerland). 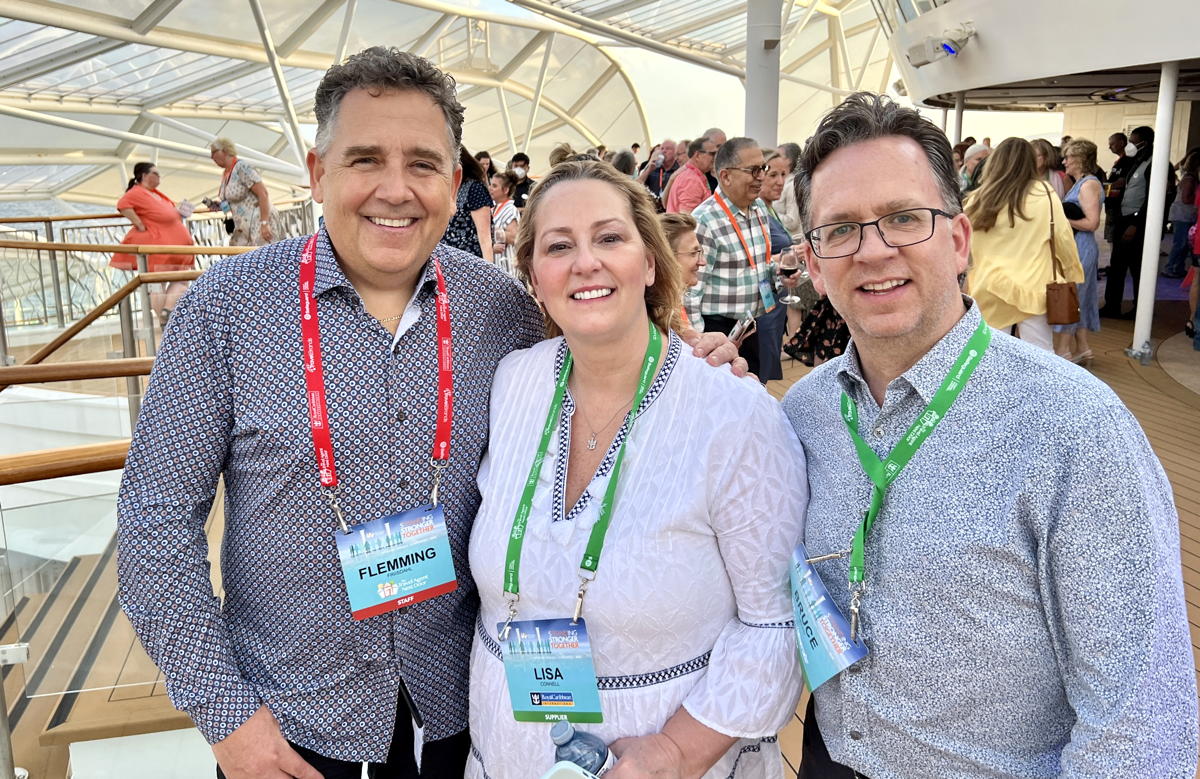 Basel’s charming old town area, of course, was on the itinerary: this medieval-structured district is a picture-taking paradise with notable sites like the 12-century cathedral (Basler Münster) and a red-sandstone Town Hall (Rathaus).

At one point, everyone’s knowledge was put to the test with a rousing round of Pictionary, resulting in screams and shouts of charades-inspired scribbles and word-guessing.

Spotted in the race was Lindsay Pearlman, senior vice-president – international leisure at Travel Leaders Network, who said the day was “absolutely fantastic.” 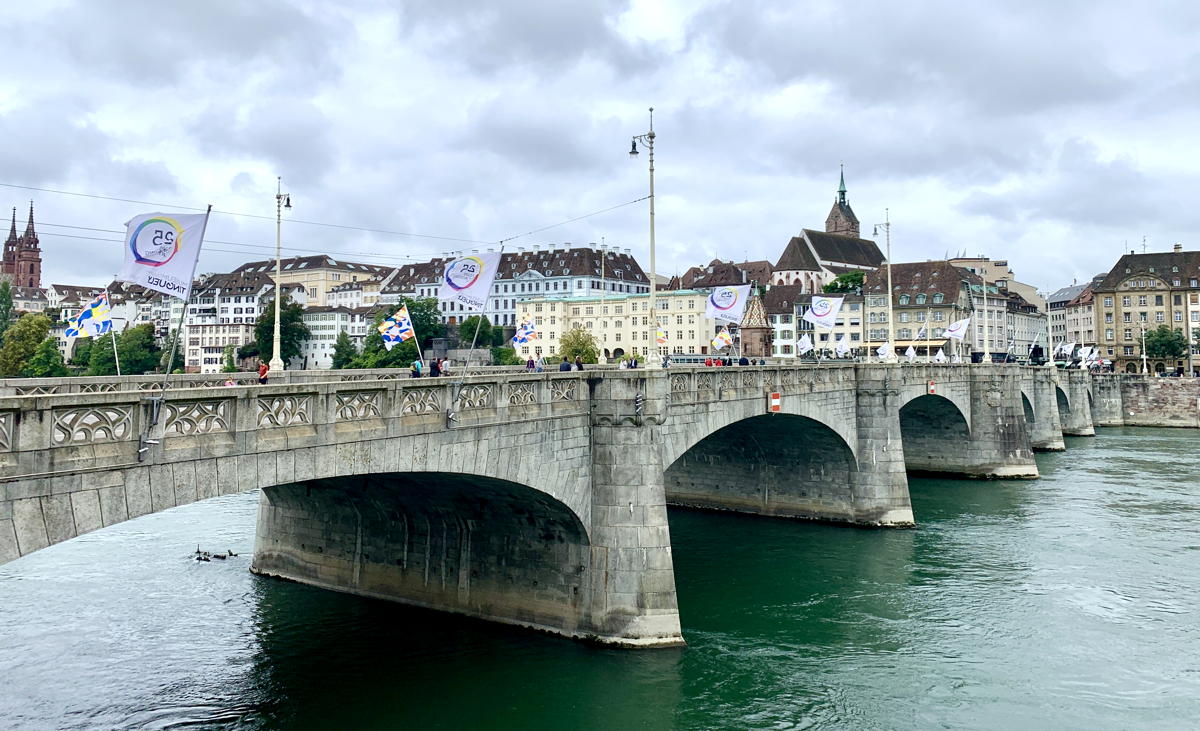 “It’s about having a great time, immersing yourself in culture and having fun with colleagues,” said Pearlman, saying how the game truly allows agents to “really get to know a destination” so they can authentically talk about it with customers.

Roger Villiers of Victoria, BC-based Maritime Travel, who has participated in previous Air Canada Race events, said the “fun factor” was really high at this year's edition because the game, unlike previous editions, was based on winning points (as opposed to finishing first).

“It was more relaxed,” he said, appreciating how there was lots of time to enjoy the city. “But it was still very competitive.” 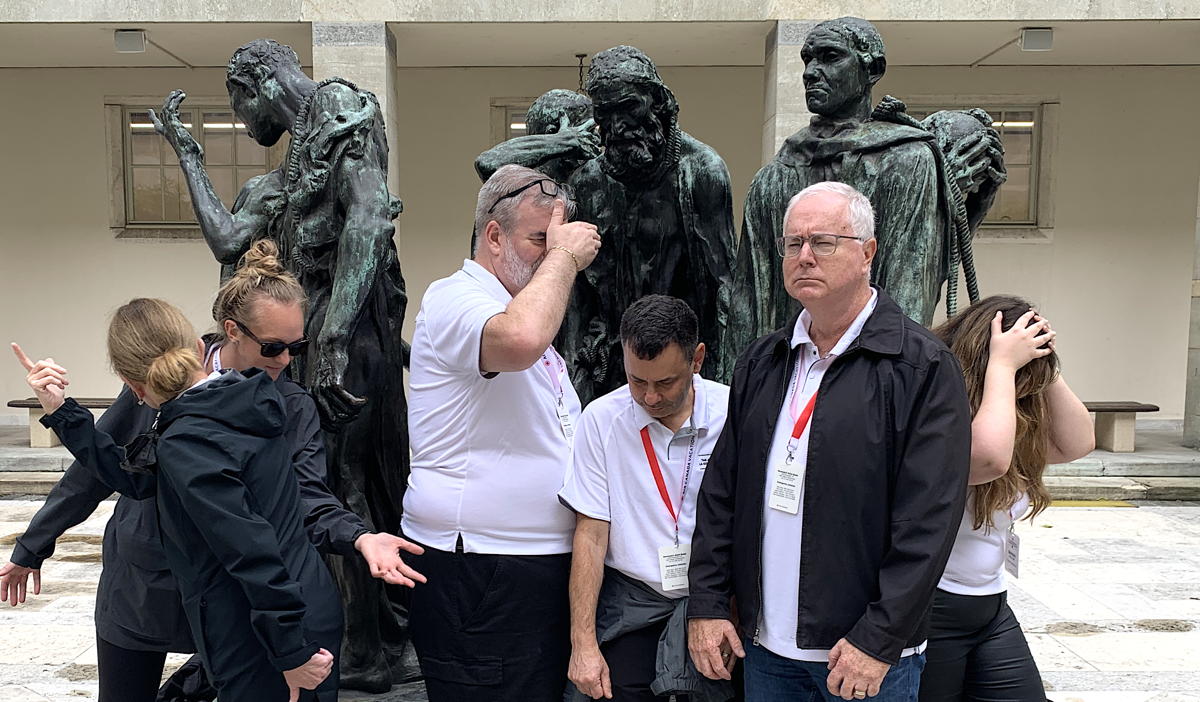 "Getting back on the bike"

The Air Canada Race was first introduced in 2006 as an incentive for Canadian travel advisors to drive revenue and increase the airline’s brand awareness.

Over the years, the race has been held in various locations around the world, including Las Vegas, San Francisco, Seattle, Orlando, Kissimmee, London, Edinburgh, and France.

This year’s edition was obviously unique given the global challenges associated with the COVID-19 pandemic.

Air Canada’s Lisa Pierce, vice-president, Canada and USA Sales, said her team took a “leap of faith” back in May when they started organizing the event. 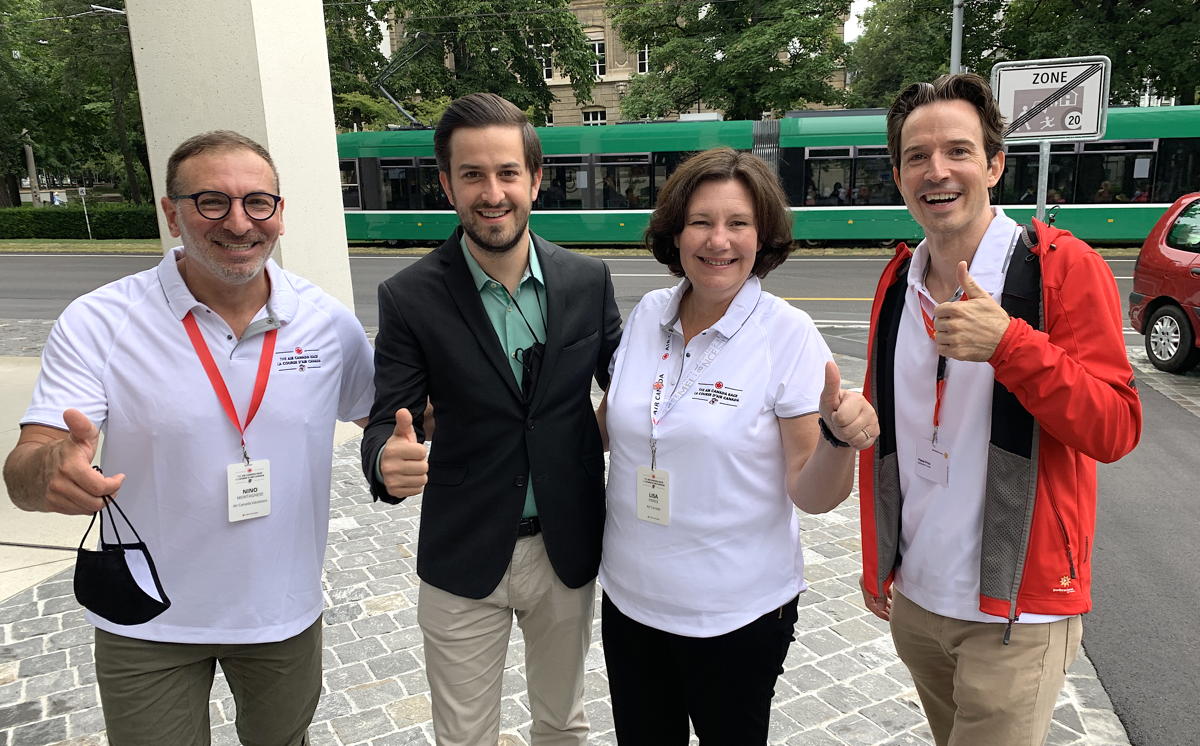 They really didn’t know what travel restrictions would look like come August.

But thanks to strong partnerships, COVID-19 vaccines and eased border rules, it all came together, giving agents a “unique opportunity” to experience pandemic-era travel, for themselves, and share that first-hand knowledge with their clients.

“It’s a great time for travel agents to shine and show their value,” Pierce told PAX. “We’ve all read about how travel has changed but there’s nothing like experiencing it for yourself and being able to tell that story so customers can feel confident about travelling.”

After more than a year of shutdowns, this year’s race was about “getting back on the bike and riding again,” Pierce said. (An appropriate comparison given that Basel is a bike-friendly city).

Nino Montagnese, vice-president of Air Canada Vacations, was also spotted on the scene.

Agents had to become Swiss travel experts through Switzerland Travel Academy to qualify for the trip and ACV training was part of that process.

The experience, which began last Friday night (Aug. 27) in the Maple Leaf Lounge at Toronto Pearson International Airport, “really showed all the protocols that are in place,” Montagnese said, from Air Canada’s CleanCare+ program on board the flight to Zurich Airport to Switzerland’s own approach to health and safety. 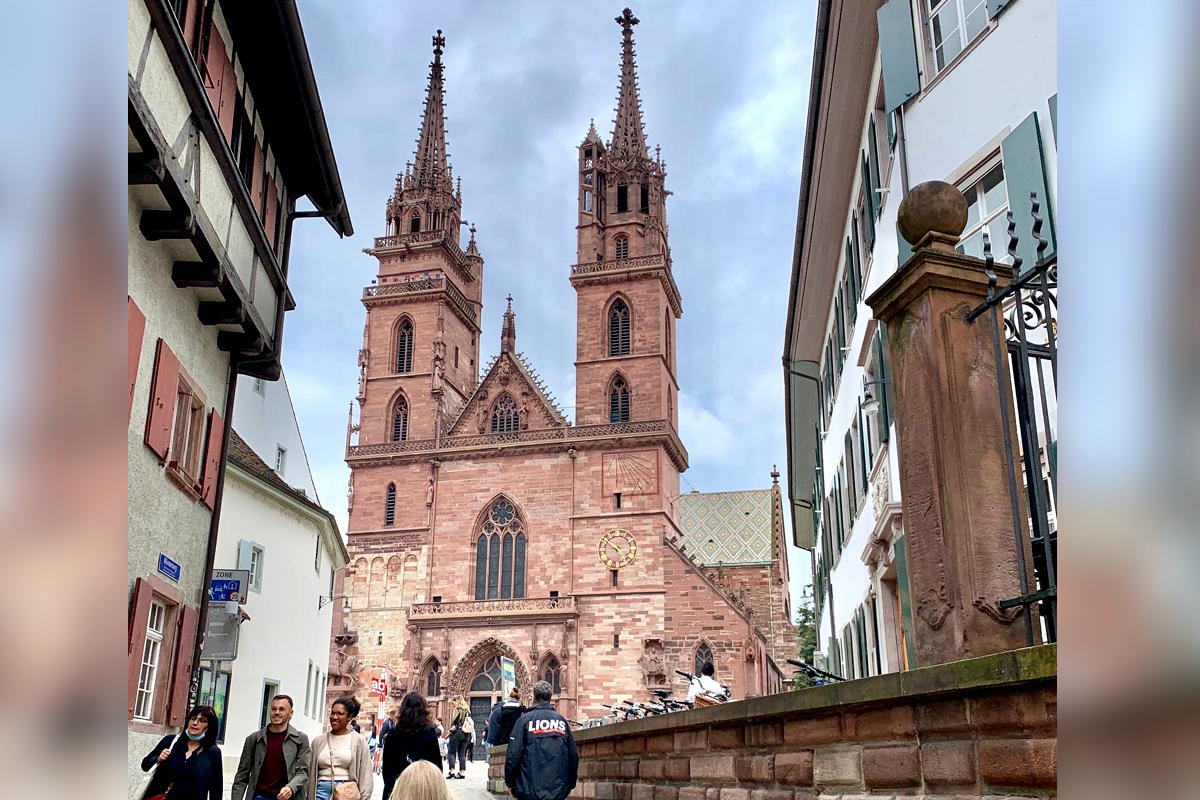 Pierce and Montagnese both noted how this year’s Air Canada Race, at heart, was about expressing gratitude to travel advisors for their dedication and partnership during the pandemic.

“From booking to cancellations to rebooking…it has been a lot of work,” Pierce said. “This is a great opportunity to say thank you.”

Added Montagnese: “I encourage all of our travel partners to not underestimate their value,” he said. “They’re very valuable not only to their customers but also to us.”

“We value their patience and commitment to our brand.” 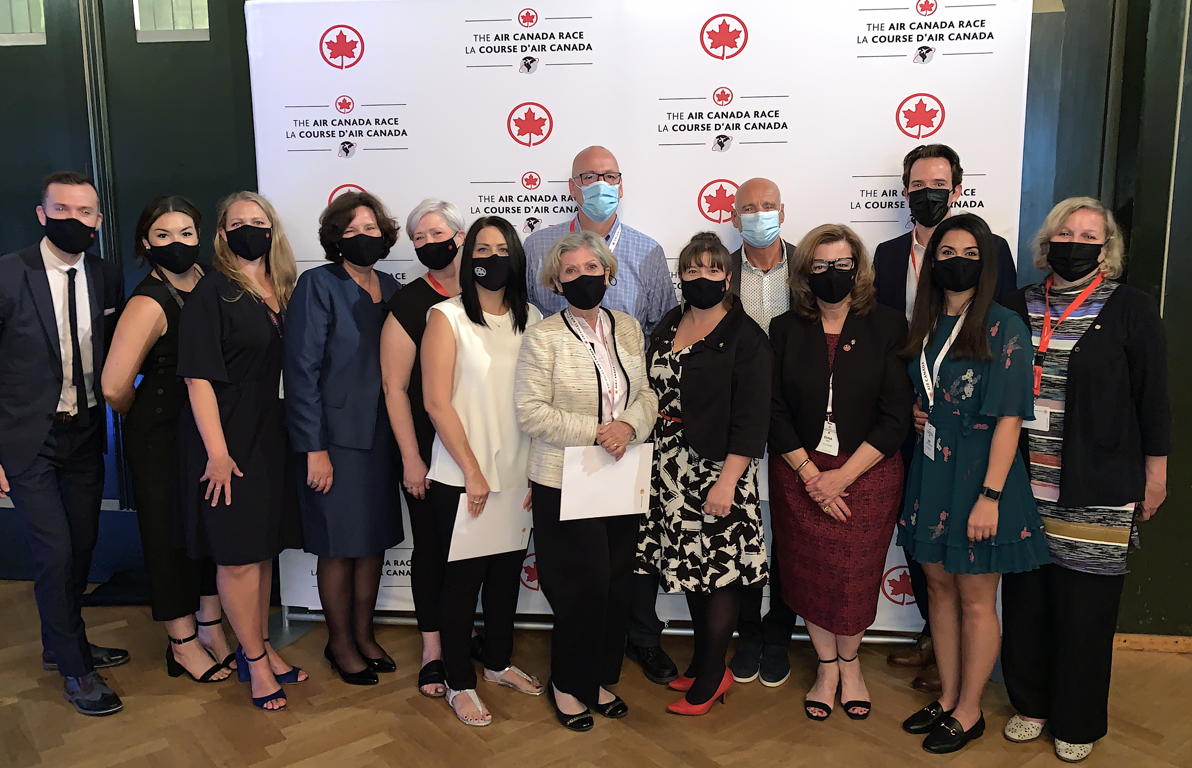 Canada’s interest in Switzerland – known for its Alpine passes, turquoise lakes, boutique towns, chocolate and cheese – was on the rise just before the pandemic hit.

In 2019, the destination saw arrivals increase by nearly three per cent.

Last June, the Swiss government officially opened its border to fully vaccinated Canadians – travellers with a full series of EMA/WHO-approved doses can, currently, enter without quarantine or a PCR test

“That’s extremely important to us,” Nydegger told PAX. “We want to make sure that visitors who travel to Switzerland feel at ease.” 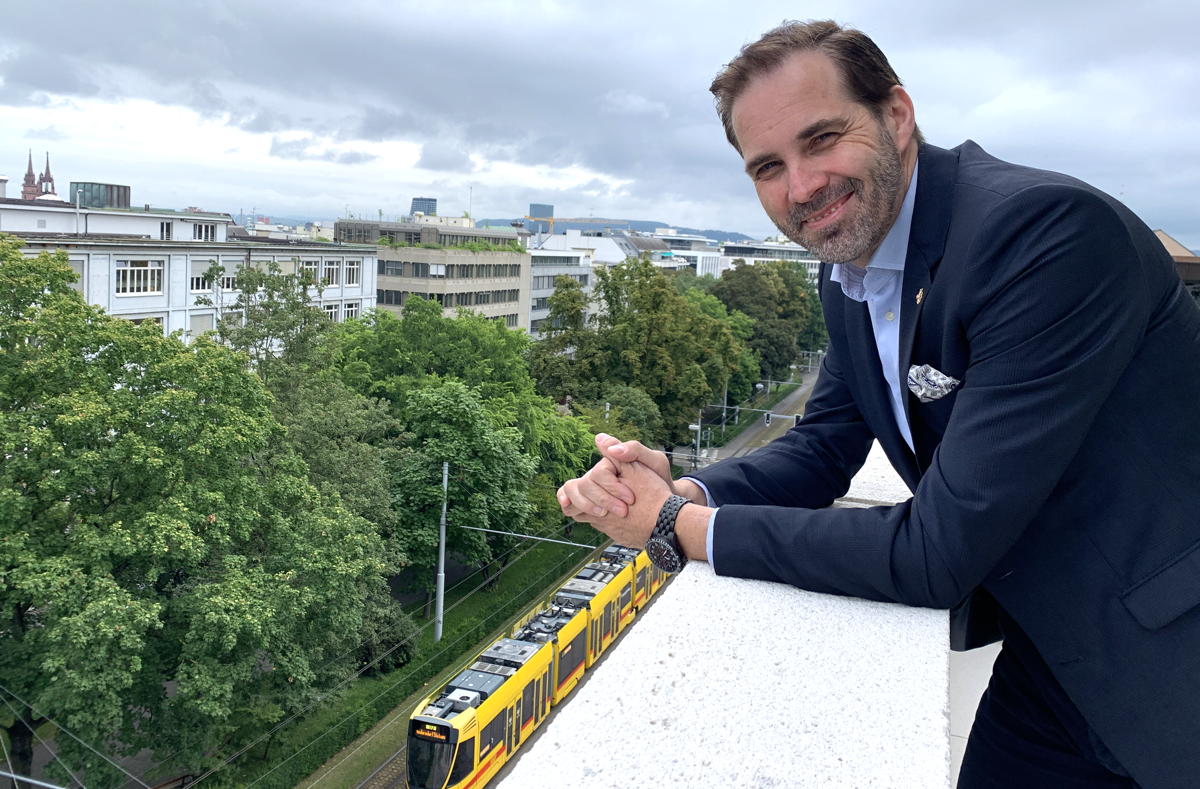 Switzerland’s ''Clean & Safe'' program, a label that identifies enhanced safety and hygiene measures used by suppliers, is one of many steps the country has taken to safely restart tourism.

The Canadian market, too, is “very important” to Switzerland because Canadians visit year-round, Nydegger explained.

“We have similarities in culture, we’re multilinguistic…we have a heartfelt love for landscapes, mountains and lakes. I think we click really well.”

And travel advisors will play an important part in tourism recovery, he added, noting how customers, in these turbulent times, “need to rely on someone for expertise.”

As for the Air Canada Race: “It’s marvellous, I just love it,” Nydegger said. “I think it’s very creative and I’m a little jealous that we didn’t come up with this idea.”

Stay tuned for more of PAX's on location coverage from Switzerland!