As the Government of Canada moves into a new phase of reopening by ending pre-entry testing for fully vaccinated travellers as of April 1, federal officials are now facing questions about when the country’s vaccine mandate will be lifted.

The policy, which Prime Minister Justin Trudeau introduced last October, requires the travelling public to get their COVID-19 shots if they want to fly on a plane or travel by train.

Provinces are currently in a "transition phase,” said Dr. Howard Njoo, Canada's deputy chief public health officer, at a press conference last Friday (March 18), suggesting that, moving forward, there will be a greater focus on personal responsibility when it comes to COVID-19 protection.

At that same press conference, Canada's chief public health officer, Dr. Theresa Tam, said the Omicron variant, which swept through communities in December 2021, and into 2022, has been a “game changer” because it is a “vaccine-escape variant.”

As such, federal vaccine mandates are currently under review, Dr. Tam told reporters, because the primary series of a vaccine (the first two doses) offers little protection against Omicron.

"I think the federal government has taken a very precautionary, thoughtful approach. They're looking at a phased approach of removing some of these policies. I know these policies are being reviewed and re-examined as we speak,” Dr. Tam said. 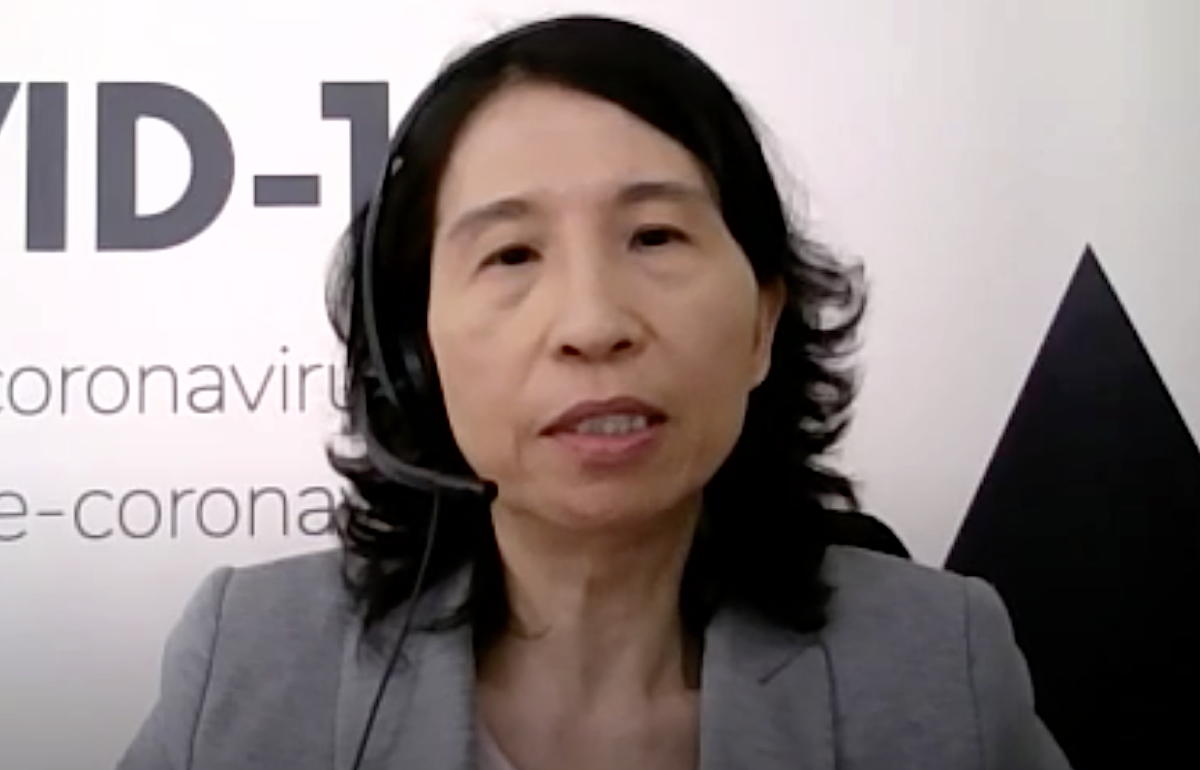 It would also be tricky to expand vaccine mandates to include a third dose because eligibility for third shots can vary by age group, she said.

Not to mention the fact that people who previously contracted the Omicron variant are told that they have to wait up to three months before receiving their third shot.

"It becomes a very complicated algorithm to work out," Tam said. "All of this has to be borne in mind when the government makes its policy decisions. You also have to make it relatively simple for travellers."

No end in sight

Health Minister Jean-Yves Duclos, on Monday (March 21), said it would be “irresponsible” at this stage to announce a specific plan or timeline to end vaccine mandates.

Minister Duclos faced a barrage of questions yesterday from Conservative and NDP members of the House of Commons health committee, who demanded he provide a timeline or conditions that would end vaccine requirements for travellers and federal workers.

As reported by the Globe and Mail, Duclos didn’t go into specifics. Instead, he provided a list of indicators, such as hospital capacity, domestic and international epidemiology, the impact of long-term COVID and the economy. 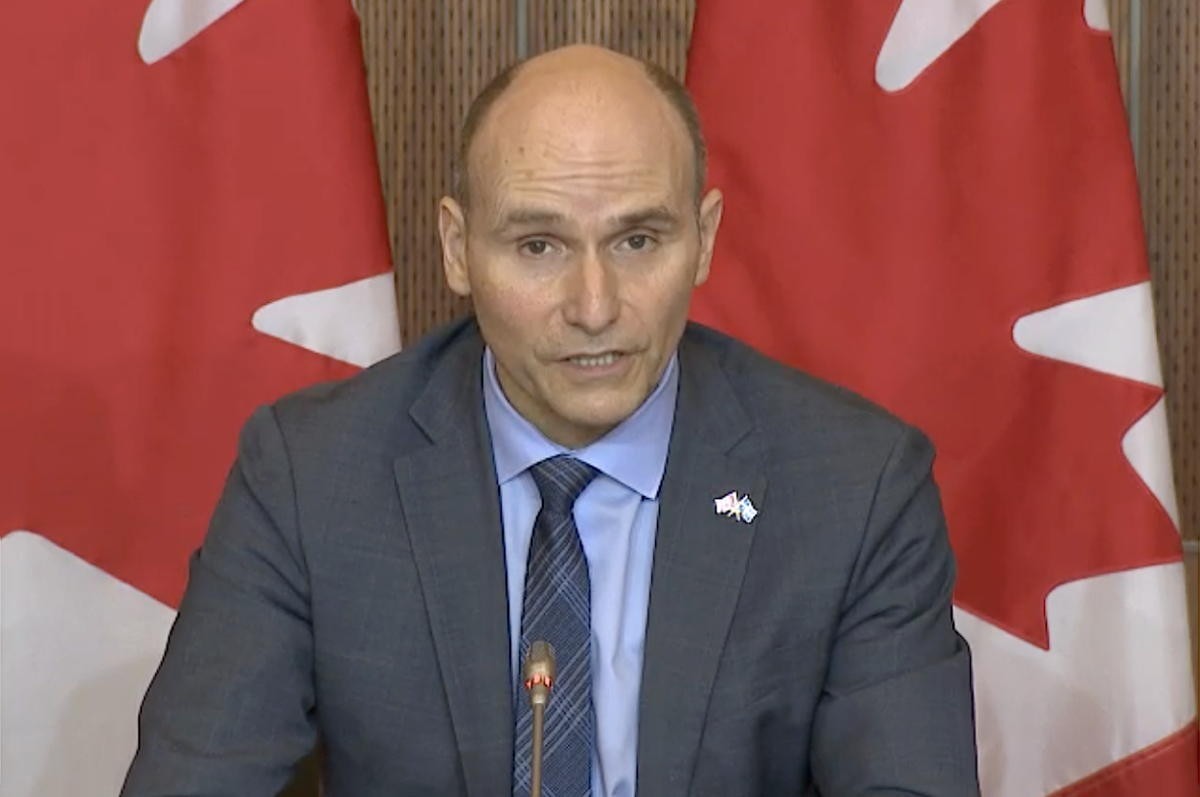 The discussion comes as opposition parties call for more transparency in how the Liberal government makes public health decisions.

Painting a picture of Canada’s health situation, Duclos said there were about 20,000 new cases of COVID-19, with 10 to 30 per cent of patients developing long-term conditions.

He noted that $23,000 is the average cost of treating a COVID patient in hospital, that less than 60 per cent of Canadians have received their booster, and that 59 people died from COVID-19 in Canada on Sunday.

“It gives you an example of the type of numbers, people and facts that we need to consider,” Duclos was quoted as saying.

Dr. Tam, yesterday, said the COVID-19 situation is “unstable,” recommending the government wait and see if a resurgence happens in the coming weeks, especially as a sub-mutation of Omicron, called BA.2, takes hold in other countries.

Other countries have begun to ease travel restrictions for unvaccinated travellers, with the United Kingdom and Aruba being among the latest to scrap entry rules for all travellers at their borders.

The Canadian Travel and Tourism Roundtable, a coalition of industry leaders, led the charge on ending pre-entry testing for fully vaccinated travellers in recent months, holding regular press events to highlight the economic impact border testing and “non-science-based” obstacles has had on the sector.

PAX contacted The Roundtable yesterday to see if it has plans to advocate for the removal of travel restrictions for unvaccinated travellers and did not hear back by press time.

IATA is also calling for the removal of all travel bans in recognition that travellers pose no greater risk for COVID-19 spread.

Gregory Luciani, president and CEO of TravelOnly, says that “personal responsibility is the way forward” when it comes to ending vaccine mandates.

“Lift all mandates. It's a failed policy,” Luciani told PAX. “COVID-19 is terrible, but our government’s response to COVID-19 was worse and we will live with the consequences our entire lives.”

Luciani noted how “the vilification of the travel industry is real” and that will lead to negative consequences for years to come.

“We must fight back and ensure the message that travel is just as safe as going to a restaurant gets out there and that COVID is everywhere. Not just in airplanes or buses or cruise ships, but in your home, schools and hospitals,” he said. “You can transmit COVID with three shots, or without the vaccine, so if someone can't or doesn't want to protect themselves from a known virus, so be it.”

Avery Campbell, director of advocacy and industry relations at the Association of Canadian Travel Agencies (ACTA), said that all barriers to travel “impact travel agency and independent travel agent recovery.”

“The Government of Canada must follow the best available science when developing COVID-19 policies while recognizing the devastating impact barriers have on travel and tourism businesses,” Campbell told PAX on Monday.

ACTA, in partnership with The Roundtable, will continue to monitor industry priorities and “engage in strategic advocacy with all levels of government,” he said.

“The requirement for vaccination against COVID-19 on federally regulated transportation is a burdensome regulation that should be re-assessed in the context of broad community immunity, scientific evidence, and the goal of supporting Canada’s economic recovery,” Campbell said.