While the extension of federal aid programs announced last week may be welcome news in some travel industry circles, many independent advisors are still at risk of closing their businesses, says the Association of Canadian Independent Travel Advisors (ACITA).

Canada’s Department of Finance, on Friday (July 31), said the eligibility period for the Canada Recovery Benefit (CRB) and the Canada Emergency Wage Subsidy (CEWS) will be be extended to Oct. 23.

While there is a “small amount of relief” among independent travel advisors for having an additional month to collect benefits, “the fact remains that we were barely hanging on with the original amount of the CRB,” ACITA told PAX in a statement.

The CRB, which largely replaced the earlier Canada Economic Recovery Benefit (CERB), is meant to support self-employed individuals (such as independent travel advisors) who are directly impacted by the pandemic. And those who are not covered by Employment Insurance (EI).

In July, the benefit, which ACITA has previously described as a “lifeline,” was reduced to $300/week (pre tax).

This reduction, combined with Canada’s Level 3 non-essential and Level 4 do not cruise travel advisories and ongoing border restrictions, puts struggling independent travel advisors in an even tougher spot, ACITA says.

ACITA, a grassroots group that was formed in June 2020, has been reaching out to government officials for more than a year now as they forge ahead in a fight for fairness in the travel sector.

The group, which was created to give home-based, self-employed travel advisors a voice during the pandemic, rallies members on a private Facebook page while encouraging agents to schedule virtual meetings with their MPs so they can personally explain why they need sector-specific help.

Over the past several months, the group, which is led by Judith Coates of The Travel Agent Next Door, Brenda Slater of Beyond the Beach and Nancy Wilson of TravelOnly, has shifted their focus with MPs, asking for sector-specific aid in place of the CRB.

“We are seeing staffing crises in a number of industries where some Canadians are choosing to stay home and collect the CRB versus work,” ACITA said. “We are a sector that cannot survive without the aid, yet that very aid is causing significant challenges to many industries, such as restaurants and retail, among others.”

ACITA has been requesting sector-specific aid “since the beginning” of the COVID-19 pandemic – “yet it has fallen on deaf ears,” the group said. 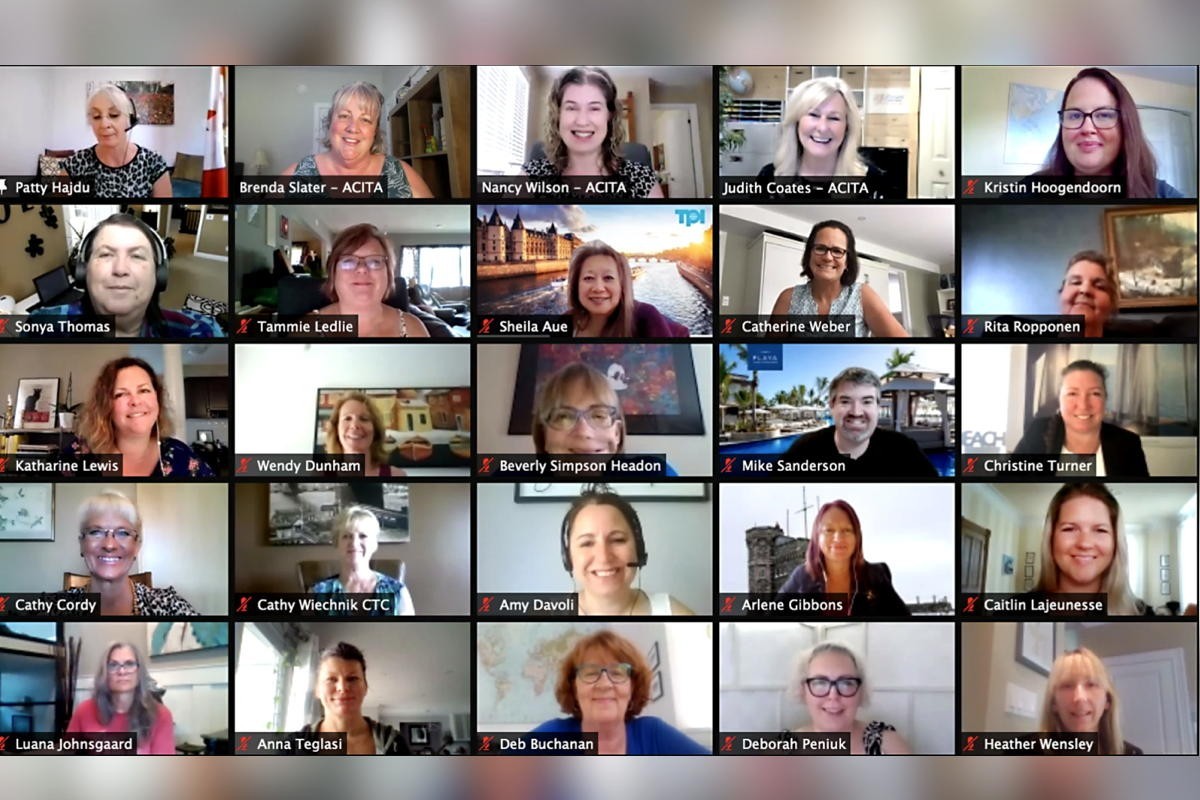 Slater said the government should take the existing model of the CRB, rename it, and apply it only to the hardest-hit sectors.

This suggestion, ACITA said, is “not to reinvent the wheel,” but rather protect only businesses that still need assistance and, thereby, avoid growing debt unnecessarily as Canada works to recover its economy.

“It is disappointing that the federal government has ignored our pleas for sector-specific funding,” Coates said. “Extending the CRB and CEWS for one month seems to be a blatant attempt to win votes in the upcoming election.”

“We just want to stay in the race”

ACITA, which has held more than 220 meetings with ministers, members of parliament and policy advisors to inform and educate them about the unique circumstances that independent travel advisors face amid the coronavirus crisis, plans to continue its political efforts.

The group, with a focus on government, “will continue to ensure they hear the message from us,” ACITA told PAX.

In a meeting this week with Liberal MP Adam van Koeverden (Milton, ON), Wilson used the analogy of being in an Olympic race.

“Imagine you are competing in your event and you are really close,” Wilson said. “You can see the finish line. Now imagine that, through no fault of your own, you got disqualified from that race. How disappointing it would be to know you were almost there, but then failed to complete it?”

“That’s how we feel right now. We are so close and we need support to get us across the finish line. We are desperately hanging on, and don’t even need to win a medal.”

“We just want to stay in the race.”

For a backgrounder on the government's extension of support measures, click here.