Frank DeMarinis has acquired a Boeing 737-800 aircraft that once belonged to Air Transat and is leasing it to Quebec-based Chrono Aviation as part of a private venture, PAX has learned.

The CEO of H.I.S-Red Label Vacations Inc., which operates TravelBrands, confirmed the transaction with PAX on Wednesday evening (April 21), asserting that his purchase is separate from the Japan-based H.I.S. Group, which acquired Red Label Vacations in 2019.

“I’ve always been fascinated by jets,” DeMarinis told PAX in a telephone interview. “I was looking into opportunities and this one came about.”

DeMarinis emphasized that the 737-800 aircraft he now owns is strictly a private business endeavor and that the jet will not, for example, be used by TravelBrands for chartering purposes.

“It’s an investment outside of H.I.S,” he said, noting that the H.I.S Group is “fully aware” of his plans.

The new generation aircraft, formerly operated by Air Transat, will be the first of its kind in Quebec to be offered exclusively on charter, Chrono  said in a press release on Wednesday.

The Transat stars on the plane will be replaced by “matte black,” the company said, and its first destinations will be announced “soon.”

The leased airplane will lead to the addition of 20 new employees, said Chrono Aviation, which operates a fleet of 14 aircraft at Quebec City and Saint-Hubert airports.

“Despite the global pandemic, which made the airline industry experience its worst year ever, Groupe Chrono Aviation not only managed to survive, but also to maintain its growth and its conquest of new markets," stated Dany Gagnon, vice-president of Groupe Chrono.

The timing was right

DeMarinis said owning a jet is something that has been in the back of his mind for some time.

Given the fluid state of Canadian aviation amid the COVID-19 pandemic, the timing of the purchase “was absolutely right,” he said. 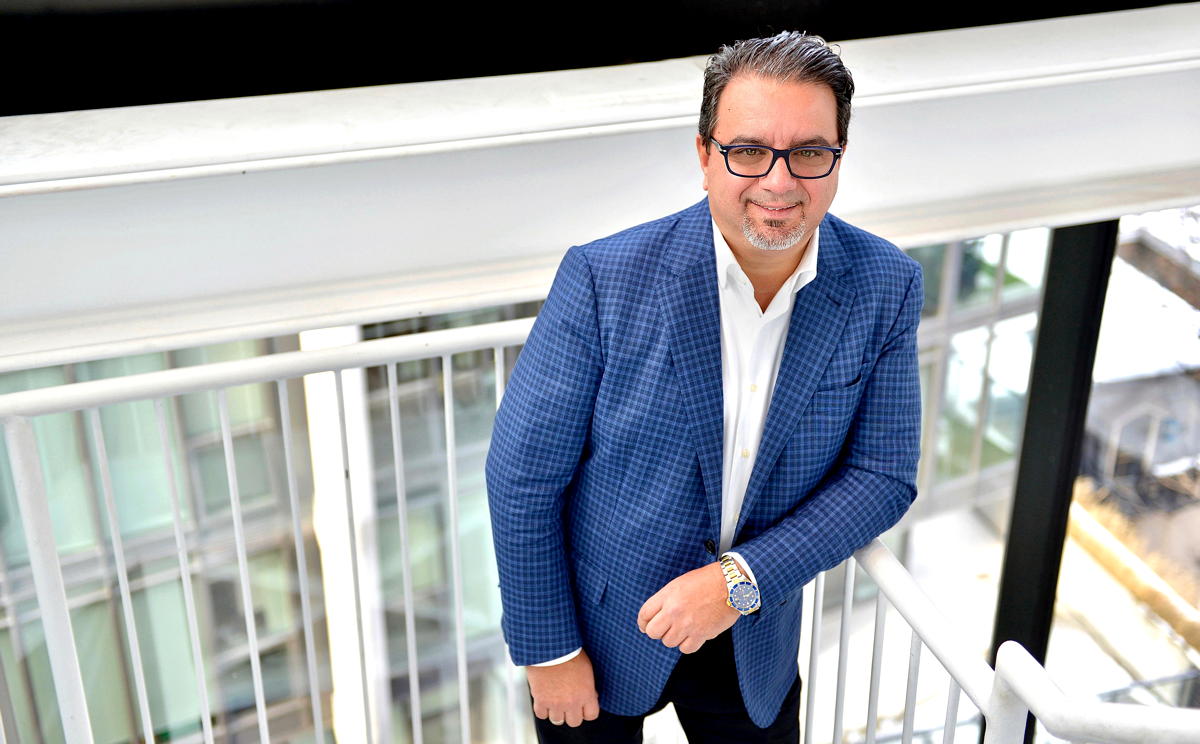 DeMarinis, who acquired the aircraft through his own Ontario-registered company, said he negotiated the deal with the leasing company that owned the plane (not with Air Transat directly).

The transaction – which PAX discovered while combing through the International Registry for aircraft assets –was completed on April 9.

Air Transat was flying the jet within the last 12 months, and owning an ex-Transat plane – “a Canadian asset” – was also part of the appeal, DeMarinis said.

It’s a bold and impressive move that proves that the travel industry still has some muscle left in it – even if DeMarinis denies the suggestion that he’s starting his own airline.

(Although, you have to admit, DeMarinis Airways has a nice ring to it).

DeMarinis also doesn’t have any immediate plans to purchase more jets, he told us.

“Let’s see what happens with this one,” he said.