For the first time ever, ITB Berlin, which was set to begin next week, has been canceled amidst concerns over the increasing spread of the novel coronavirus COVID-19, reports say.

The mega event was cancelled following advice from Berlin’s health and economics ministries, and after its health authority asked organizers to impose strict controls on potential visitors, Messe Berlin said.

“The health authority in Berlin-Charlottenburg dramatically increased preconditions for the fair,” it said in the tweet. 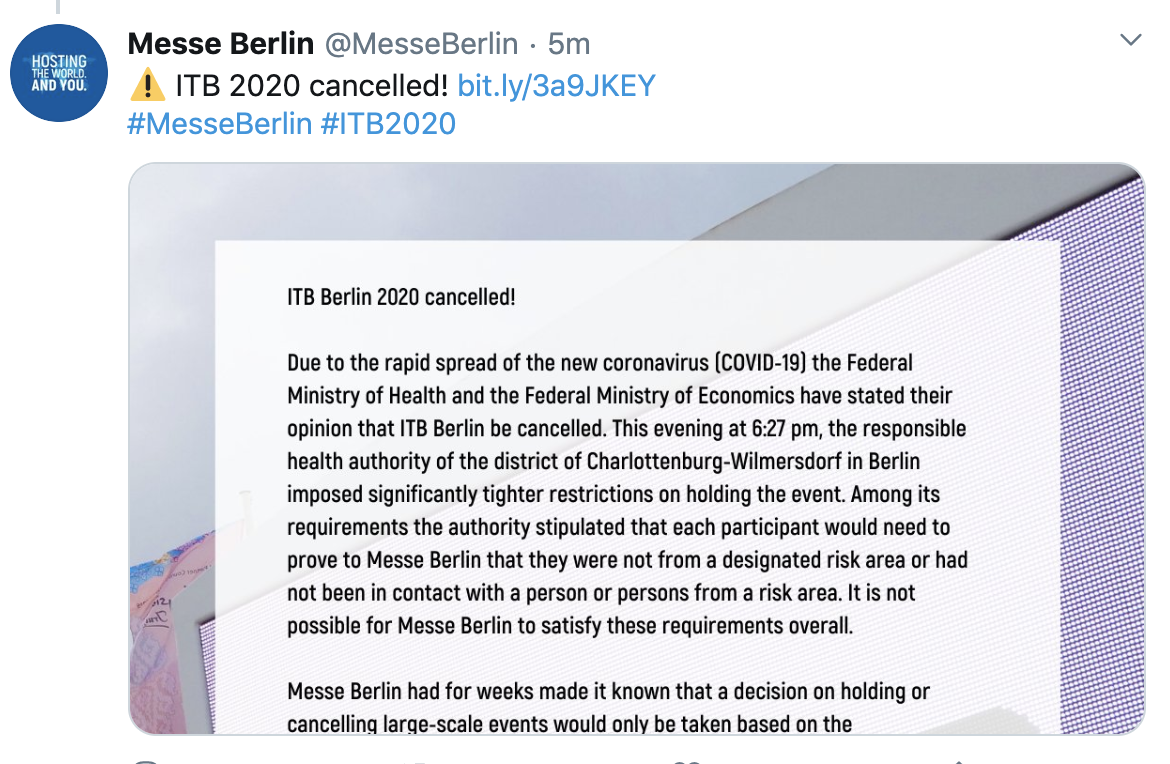 Authorities stipulated that every participant would have had to prove to Messe Berlin that they were not from a designated risk area or had not been in contact with a person, or persons, from a risk area, organizers tweeted in a statement.

"It is not possible for Messe Berlin to satisfy these requirements overall," the statement read.

Chairman of the Supervisory Board of Messe Berlin Wolf-Dieter Wolf stated: "Not once in the 54-year history of the event have ITB Berlin and Messe Berlin experienced a similar situation. We would like to thank all exhibitors and partners from all over the world who over the past few days and weeks have stood by ITB Berlin. We look forward to continuing the trusted relationship with our partners in the market."