Court asked to scrap ArriveCAN app, declare it a violation of Charter rights

It’s time we say sayonara to ArriveCAN, according to a court challenge.

A constitutional rights group that was active in challenging Ottawa’s now-defunct hotel quarantine program last year has launched a new legal challenge of the federal requirement that travellers use the ArriveCan app for entering the country.

The action was filed in Federal Court by the Justice Centre for Constitutional Freedoms on behalf of 11 Canadians, including some reportedly fined up to $8,500.

The challenge seeks to strike down the mandatory use of ArriveCAN and declare unconstitutional the 14-day quarantine requirements for Canadians who refuse to use the app when returning home.

The notice of application alleges the federal health minister has failed or refused to provide evidence that ArriveCAN's data collection is legal or secure.

ArriveCan was introduced in April 2020 to force Canadian citizens returning home to submit quarantine plans due to the pandemic.

It was mandated for air travellers on Nov. 21, 2020, and then in February 2021, Ottawa mandated ArriveCAN for all land travellers, while the U.S.-Canada land crossing was still closed.

Following Canada’s vaccine rollouts, travellers are still required to upload their vaccination certificates onto the app, which is facing growing criticism from various sectors. 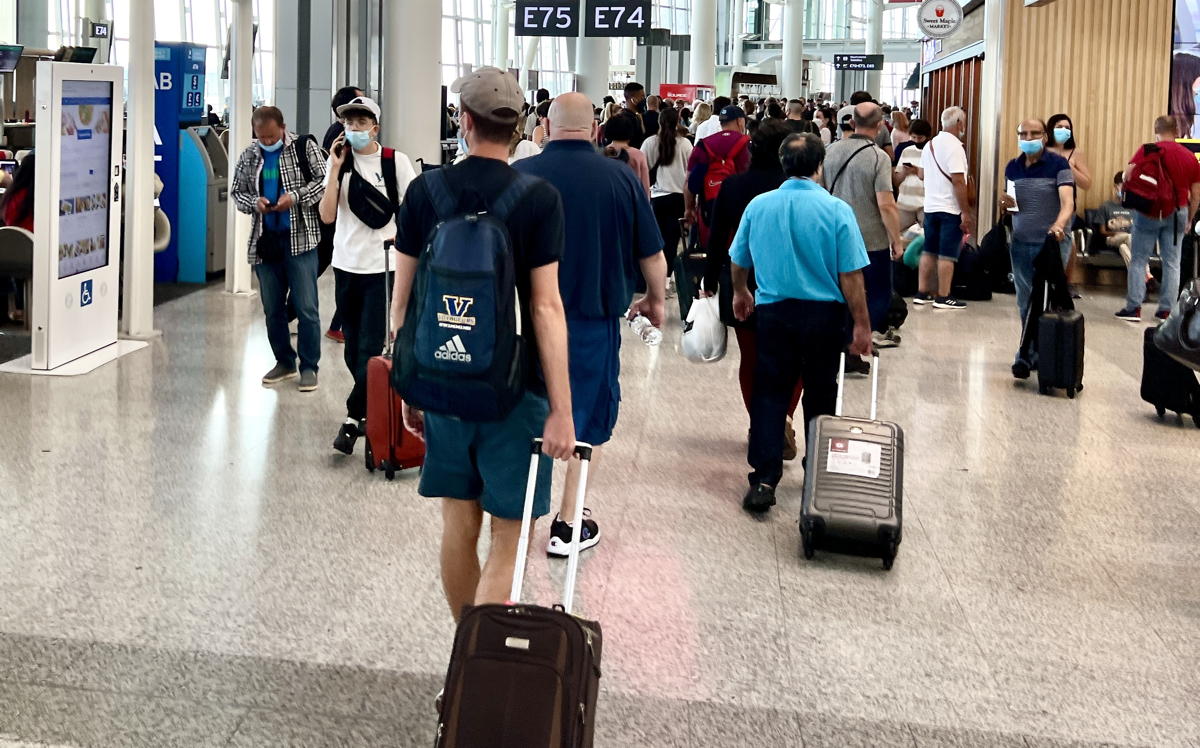 Others have said it’s difficult to us use (there are seniors, for example, who may not know what an app is and struggle with completing it).

Some U.S. lawmakers have also recently weighed in on ArriveCAN.

"This requirement disincentivizes travel, harms the flow of commerce, and burdens travellers with the submission of private health information," New York Rep. Elise Stefanik wrote in a letter last week to Minister Marco Mendicino and Kirsten Hillman, Canada's ambassador to the U.S.

“As a result, travellers are choosing to stay home rather than face long wait times and frustrations caused by the ArriveCAN app."

According to the Government of Canada, ArriveCAN will remain in force until at least Sept. 30 and Health Canada has not offered up any direct comment on the lawsuit as it is before the courts.

The notice of application also claims ArriveCAN has proven to be unreliable and prone to errors that have infringed the Charter rights of Canadians.

The app does, indeed, have a reputation for being glitchy, as some travellers found out in July when the app gave obsolete instructions urging them to incorrectly quarantine.

According to the Justice Centre, the last ArriveCAN glitch sent an automated message to more than 10,000 vaccinated Canadians, requiring them to quarantine for 14 days.

“It took the government 12 days to inform the affected individuals that the app had malfunctioned,” the centre says.

This new legal challenge cites the case of applicant Matthew Leccese, who went to the United States for 25 minutes to pick up some parts for his vehicle.

Upon his return, the Canadian Border Services Agency (CBSA) demanded that he submit his vaccination certificate via ArriveCAN, the notice says.

Leccese refused because he had privacy concerns with ArriveCAN, but offered to present his vaccination certificate.

CBSA then refused to accept his paper certificate and issued him a ticket for $7,210 for not using ArriveCAN, the Justice Centre says.

Then there was Alexander Macdonald, another applicant, who attempted to cross the U.S. border in April 2022.

According to the legal notice, he was refused entry by U.S. border agents and was allowed to return to Canada without issue.

He tried to cross the U.S. border again in July 2022 and was again denied entry and returned to the Canadian side of the border.

This time a CBSA agent ordered Mr. Macdonald to download ArriveCAN and submit to the 14-day quarantine despite never having set foot in the U.S., the notice reads.

Minister of Transport Omar Alghabra in a recent testimony defended ArriveCAN, suggesting that it is vital in preventing the spread of COVID-19 despite evidence that vaccines cannot stop transmission or infection. 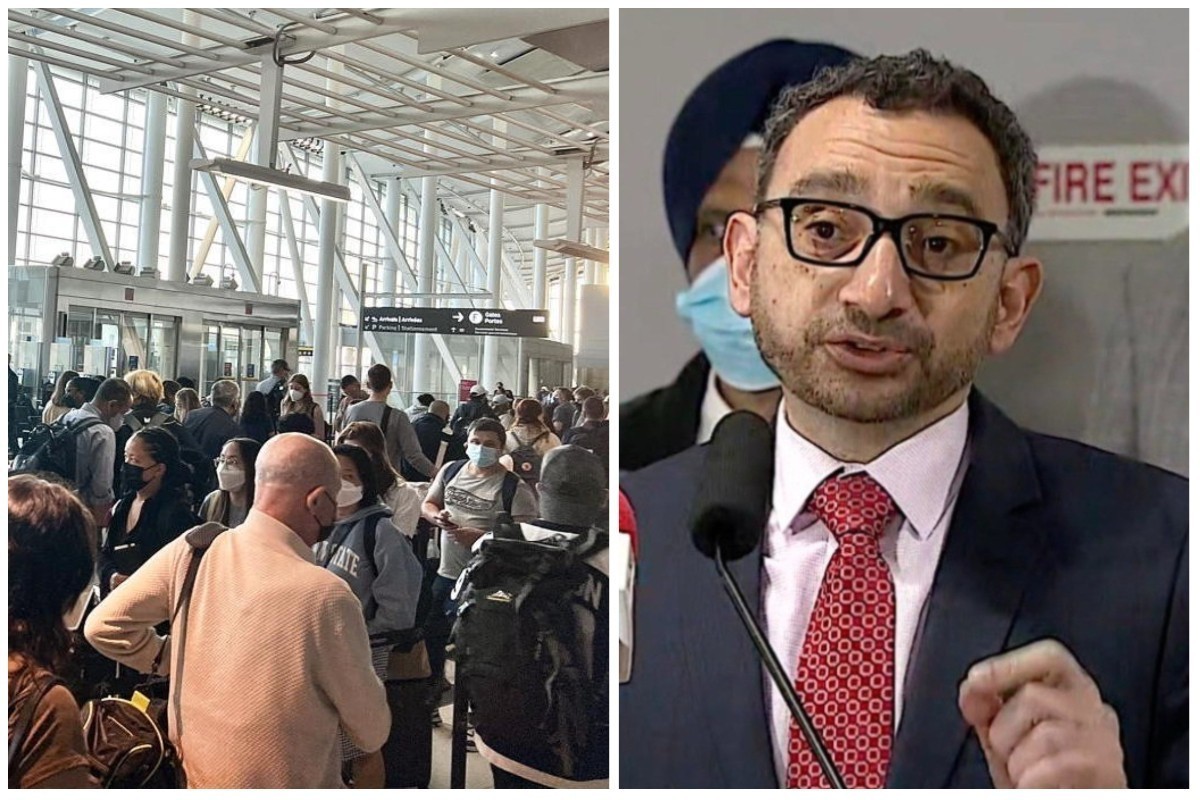 The Minister has also claimed ArriveCAN is not responsible for the ongoing travel backlog at airports, despite evidence that the CBSA agents have stated it is, in fact, causing delays.

However, not all are successful in using ArriveCAN. Click here for an account from one Canadian travel agent who witnessed a group of Toronto-bound passengers in Dublin struggle with ArriveCAN and how that led to delays at screening.

“The Justice Centre has heard from thousands of Canadians who have been negatively impacted by the federal government’s mandatory requirement to use ArriveCAN,” said Eva Chipiuk, a lawyer on the case. “Thousands of law-abiding citizens have been fined egregiously simply for returning to their home country. The differential treatment and discriminating between vaccinated and unvaccinated travellers also defies science, which the federal government claims to follow.”

Following the filing of a Notice of Application against the federal government, the Justice Centre says it is awaiting a trial date.