With Ottawa, as soon as Monday (Sept. 26), set to announce an end to COVID-19 border restrictions, a new report by many doctors claims many of those measures failed to protect Canadians.

The report, prepared for the Canadian Travel & Tourism Roundtable, a coalition of industry leaders that has been advocating for the end of travel restrictions, says Canada’s current border restrictions are largely ineffective.

The Roundtable on Friday (Sept. 23) welcomed the release of “Evaluating Canada’s Pandemic Border and Travel Policies: Lessons Learned,” which is authored by Canadian doctors in the fields of infectious diseases, emergency medicine, and pandemic management.

In the study, the medical professionals assessed the impact and effectiveness of border measures and other travel restrictions introduced by the Canadian government to manage COVID-19.

In researching existing data and best practices from other countries, the report concludes that border measures have been ineffective at stopping variants of concern from entering and spreading across Canada and are unlikely to be effective in the future.

At best, travel restrictions are estimated to delay the impact of a variant of concern by a few days, the report says.

There is no convincing evidence that pre-departure and on-arrival testing and surveillance have had a significant impact on local transmission in Canadian communities, the study finds.

Additionally, travel-related testing is ineffective in identifying COVID-19 cases and preventing the spread of the virus and should no longer be imposed.

Other alternative measures, such as community wastewater testing, are more accessible surveillance mechanisms to identify variants without inconveniencing travellers and requiring significant government and industry resources, the research says. 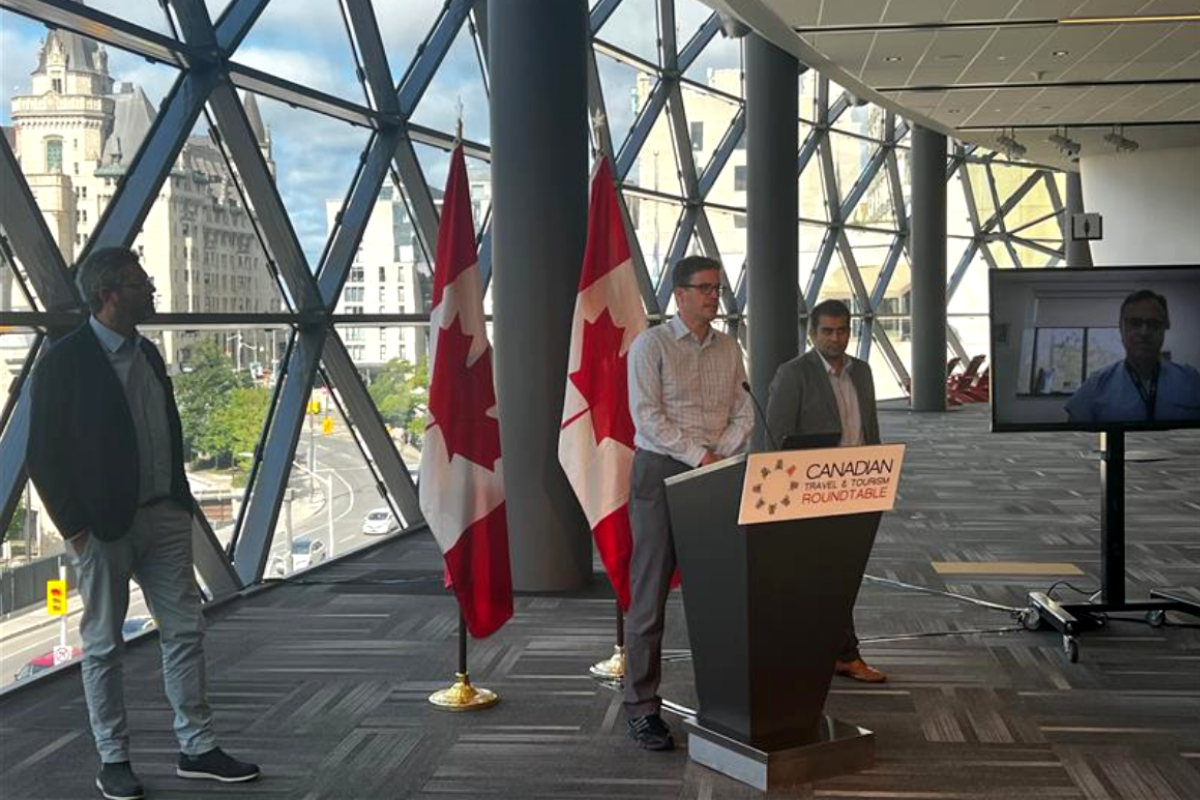 Also, the mandatory requirement to wear masks is inconsistent from a public policy perspective, the report says.

Air travel is among the safest modes of travel in terms of risk of transmission with high air exchange rates, the Roundtable said.

“As such, it raises the question of the benefit of mask mandates targeting the travel sector, especially when they aren’t being applied in society and by other countries,” the coalition said Friday.

While media reports suggest Ottawa will lift its remaining COVID-19 health measures before the end of September, the report should be “leveraged for future pandemic planning purposes” as “science-based decision making is paramount to the successful management of infectious diseases,” the Roundtable said.

"We have learned a lot since March 2020. It is no longer scientifically necessary or appropriate to use travel-related pandemic management tools almost three years after the start of COVID-19. Enough time has passed for us to make a scientific assessment as to whether the travel restrictions introduced by the federal government were successful in containing the spread of the virus and its variants," said Dr. Zain Chagla, infectious diseases physician and associate professor at McMaster University.

"By appraising the literature and comparing Canada's response to best practices in other countries, we were able to conclude that the restrictions introduced during the Omicron wave were largely ineffective and should not be maintained or reintroduced."

"While Canadians are free to attend concerts, sports games, and many other daily activities, the travel industry continued to be singled out without any scientific basis. In retrospect, these measures could have been stopped along with similar changes in policy in the community across Canada,” Dr. Mertz said in a statement.

Dr. Karl Weiss, chief, division of infectious diseases at the Jewish General Hospital and professor of medicine at McGill University, added that pre-departure and on-arrival testing “has not had the desired impact because it did not distinguish between an infectious traveller and a non-infectious traveller who may still be testing positive as a result of a previous infection.”

"The federal government must not reintroduce any past measures and should remove remaining restrictions as they will have a very limited impact on Canadian society at this stage,” Dr. Weiss said.

"Time for a complete overhaul"

Dr. David Carr, associate professor, division of emergency medicine at the University of Toronto and emergency physician at the University Health Network, also added that there is a “clear discrepancy” in measures that have been applied to international travel and tourism, especially when compared to measures applied to other modes of transportation.

“Based on current data and evidence, it is time for a complete overhaul of the Canadian government's approach to the testing and surveillance of air travel passengers. Canada must start aligning its policies with those of peer countries,” said Dr. Carr.

The report comes as the World Health Organization, last week, announced that deaths from COVID-19 are at the lowest they have been since March 2020.

“Border measures, including pre-departure and on-arrival testing, are ineffective at detecting COVID-19 variants of concern or stopping and reducing their spread,” Paradis said. 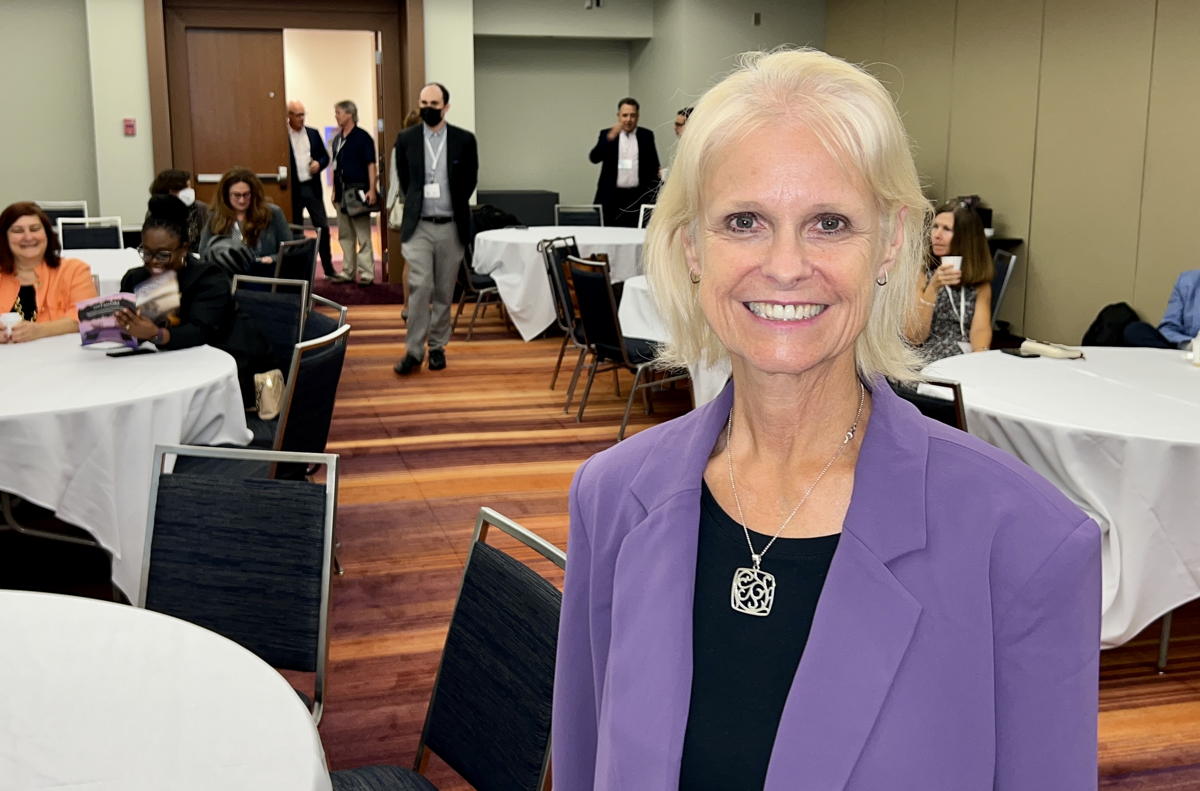 “Canada’s restrictive COVID-19 border measures have devastated travel and tourism businesses, with travel agencies and independent travel advisors being the hardest-hit of the hardest-hit sectors.”

Paradis said that in the travel industry alone, 41 per cent of jobs were lost and nearly 1,000 businesses closed.

“Since the depths of highly restrictive measures, we have started the long road to recovery, and we are relieved to hear reports that all remaining border measures will expire Sept. 30. However, there remains deep fear that new and ineffective measures will be re-introduced during the fall and winter respiratory illness seasons,” Paradis said, echoing similar comments she shared with PAX at ACTA’s travel industry summit in Toronto this month.

Paradis says the Government of Canada must look at the clear evidence which shows the ineffectiveness of border measures.

“Now is the time to double down on economic recovery, and only through government-industry cooperation and science-based policy can we rebuild the world’s best travel and tourism economy,” Paradis said.