'Fore' of the world’s most unique golf courses

Thinking of packing up your golf clubs and hitting the road? Here are the most unique and unusual golf courses scattered throughout the world, with spectacular scenery and challenging terrain that are sure to oeffer even the most seasoned golfers an experience they won’t forget in a hurry. Fore! 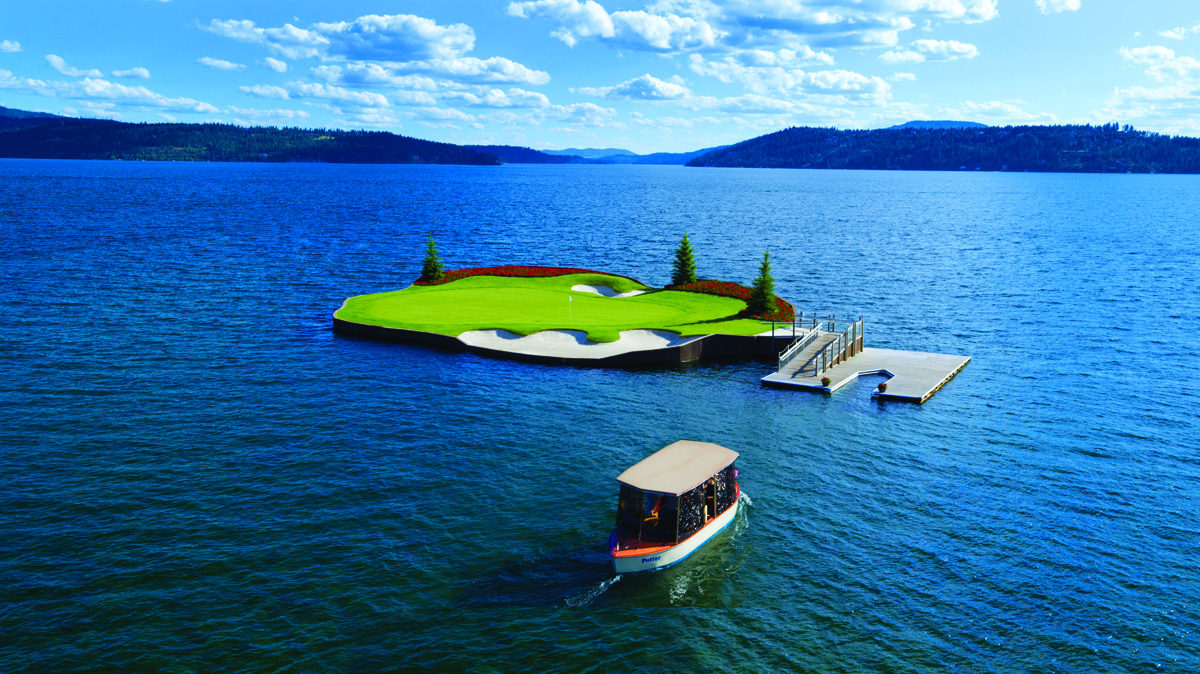 Hitting the links at this scenic course, located at the heart of Idaho’s Coeur d’Alene Resort, is sure to present a different challenge each time you play.

Well, the course is home to what’s billed as the world’s only floating green, a mechanical marvel at the 14th hole, whose position can change along 218 yards thanks to an ingenious underwater cable system. Once you finally land a precise shot onto the green, you’ll be transported over to the miniscule island by ferry. Just be prepared to take a lot of attempts to get there… 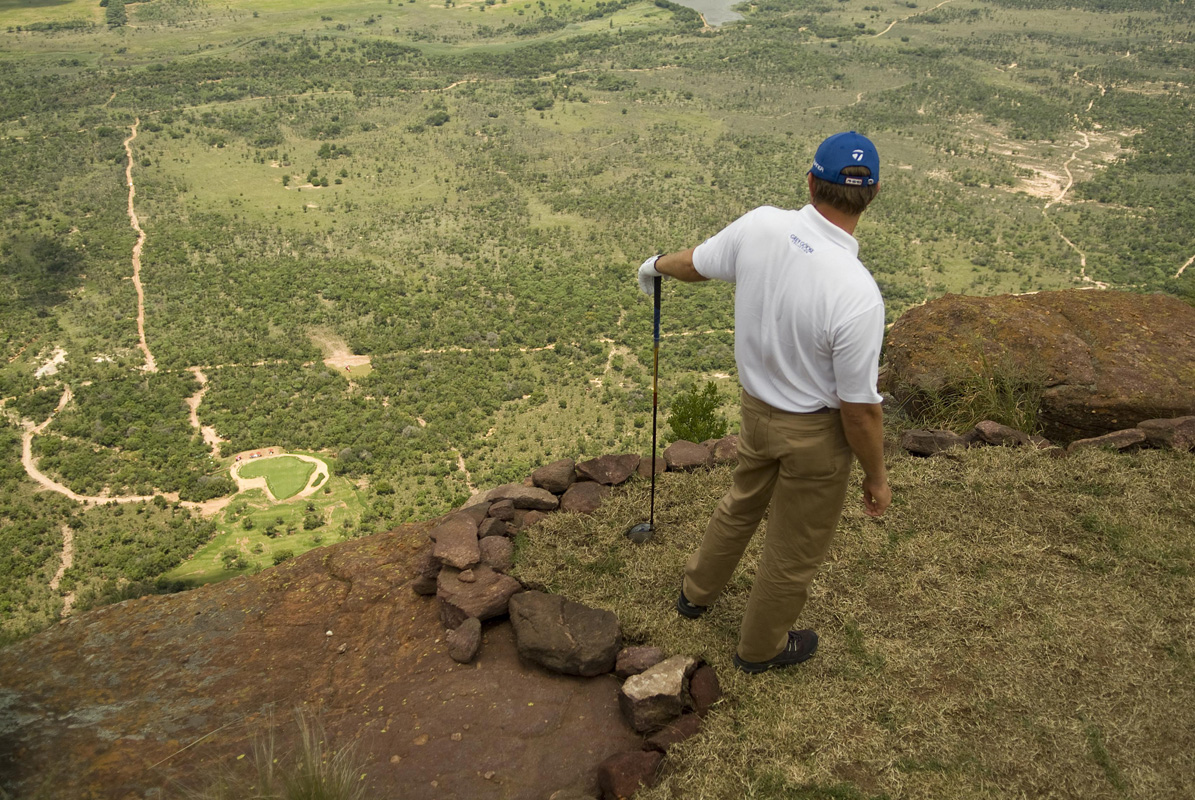 This property’s regular 18-hole course is impressive in its own right, with each hole bearing the design influence of a world golfing legend.

It’s the appropriately-named Extreme 19th, however, that sets it apart; boasting the title as the highest and longest par three golf hole in the world, it requires a helicopter to arrive at the tee on Hanglip Mountain, with players aiming at a green in the shape of Africa located 1,300 ft. below. 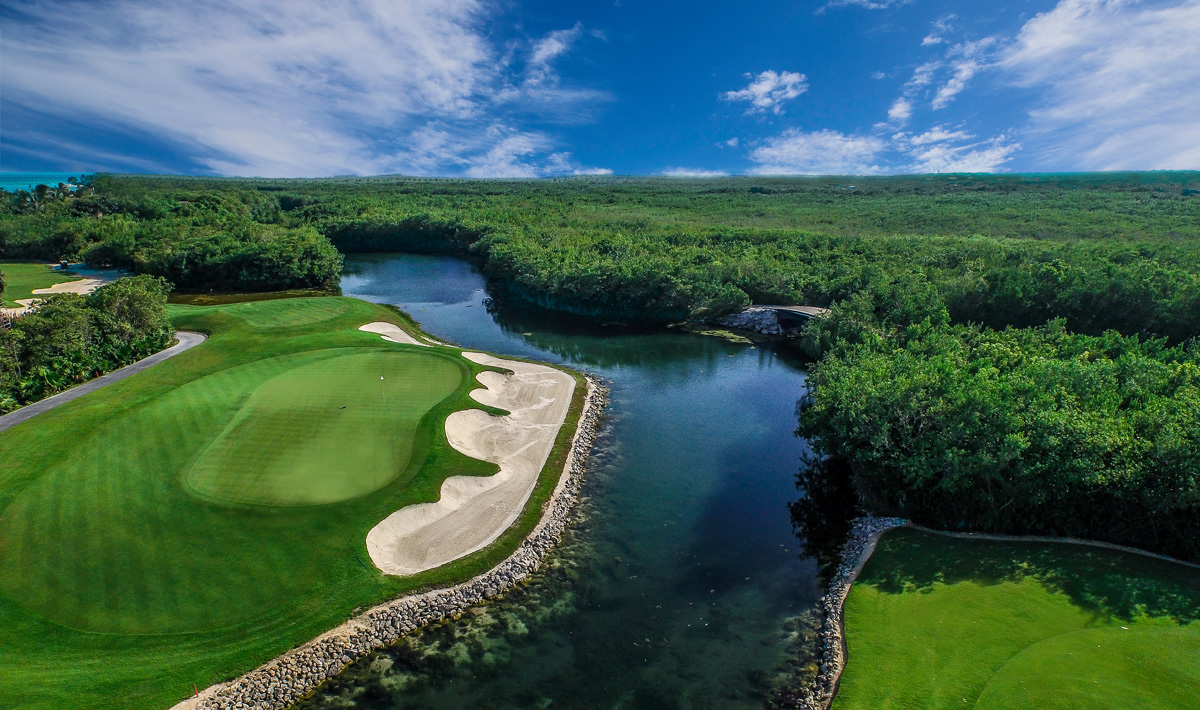 With three different ecosystems, plunging cenotes, and cavernous bunkers, it’s little surprise that El Camaleón’s designer, Greg Norman, advises players to bring all 14 clubs to the course when they tee off here.

Players will journey through tropical wetlands and dense jungle before drinking in the course’s spectacular coastline views, with ever-changing vistas lending particular significance to the course name, The Chameleon. It rubber-stamped its status as a world-class golfing location by hosting the first PGA Tour event outside the U.S. and Canada, in 2007. 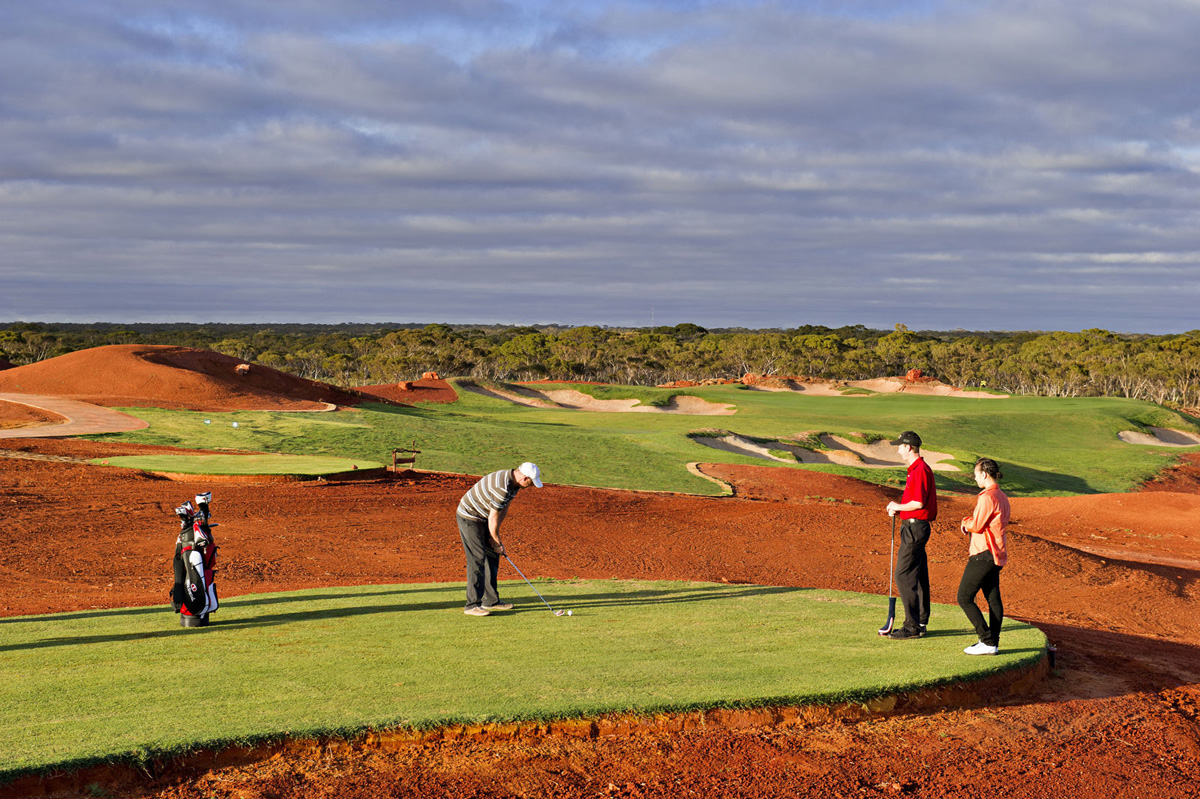 You’ll definitely need to clear more time than usual out of your schedule if you’re serious about completing this course, located along the Nullarbor Plain near Australia’s southern coast. How does five days sound? This mammoth course is the longest in the world, spanning 848 miles, 18 towns, two states – and two separate time zones.

You’ll encounter goldmining towns, service stations, and barren, rugged terrain as you play, bringing a whole new meaning to the term ‘off the beaten path’.