01-15-2013  By: André Désiront
A new air carrier connecting Toronto and Montreal to Athens is set to launch this spring, TRAVELHotNews.com has learned.

Founded this past September, the Athens-based airline is called SkyGreece and will operate with the Airbus A340-300 aircraft.

Beyond Toronto and Montreal, the carrier will also serve New York and, at a later date, is expected to add connections to Chicago and South Africa.

According to multiple sources, beginning in May, two weekly flights are scheduled from the Athens hub to Toronto, once-weekly flights to Montreal and three to New York.

The airline's three founders are Bill Alefantis, co-owner of Voyages Funtastique Rex in Laval, Quebec and wholesaler HI Tours, as well as Paniatis (Peter) Chilakos and Nicholas Alexandris, all of whom are Canadians of Greek origin.

Robert Brouillard, formerly of Transat and Tours Mont-Royal, will act as the airline's vice president of transportation and revenue, a similar role to the one he held with Transat for several years.

The A340-300 is a long-range four-engine plane with a 295 passenger capacity in standard configuration (three service classes). The planes will be registered under the Greek flag and will have Greek crews.

The company's mission is to offer affordable flights to the Greek diaspora returning to visit family in Greece. Since the collapse of Olympic Airlines in 2009, no Greek carrier has served North America.

Olympic Air, which rose from the ashes of Olympic Airlines, offers flights to the U.S. in theory, but those flights are with Delta with which the Greek carrier has a codesharing agreement.

SkyGreece will be facing strong competition as Air Transat serves Athens from YUL and YYZ. In addition, rouge, Air Canada's new low cost carrier, will be serving the same route in its first season of operations. In the U.S., Qatar Airways will also be introducing a Athens-New York flight.

Though SkyGreece was officially founded on Sept. 27, 2012, the news was not released. News of the company first came to light in December and when contacted prior to the holidays, Alefantis explained that "things were not quite ready."

Since then, Toronto's The Greek Reporter published an article on SkyGreece on December 4. The company website is online at skygreece.com, though for the moment it is limited to one page. 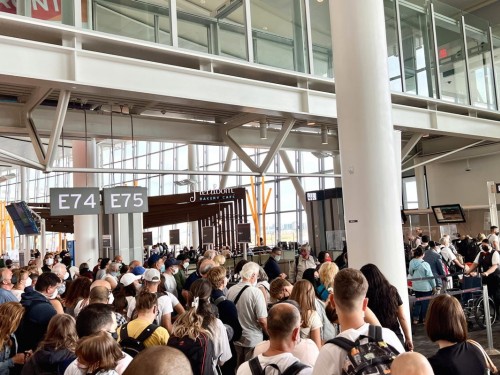 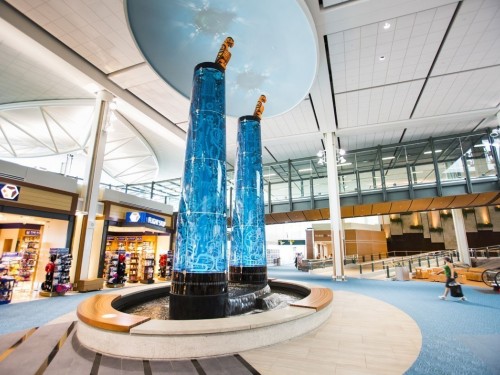