Even though Athenia Jansen grew up wanting to be a veterinarian, there was always a part of her that thought it would be “really neat to fly an airplane.”

“I was kind of in the dark about how to get into aviation,” Jansen tells PAX, explaining how she had “zero aviation influence” when she was young and, not to mention, zero access to the Internet (which wasn’t around back then) to learn more about it.

When the World Wide Web finally surfaced, Jansen began researching flight schools at local airports in and around Calgary, Alberta.

“I was determined to get my pilot licence,” says Jansen, who was in her early twenties at the time, studying geography at the University of Calgary.

And she did just that – first obtaining her private pilot’s licence, followed by her commercial pilot’s licence after completing a two-year aviation program at what was then known as Mount Royal College.

Today, Jansen is an assistant chief pilot for crew management at WestJet Encore.

“I love being able to sit in a chair, thousands of feet off the ground, and capture all those views of our world,” Jansen says. “I love the sense of wonder and freedom that flying brings.”

As a captain, Jansen enjoys being a mentor to the First Officers she flies with, actively sharing her experiences and wisdom she's obtained from flying through the sky. 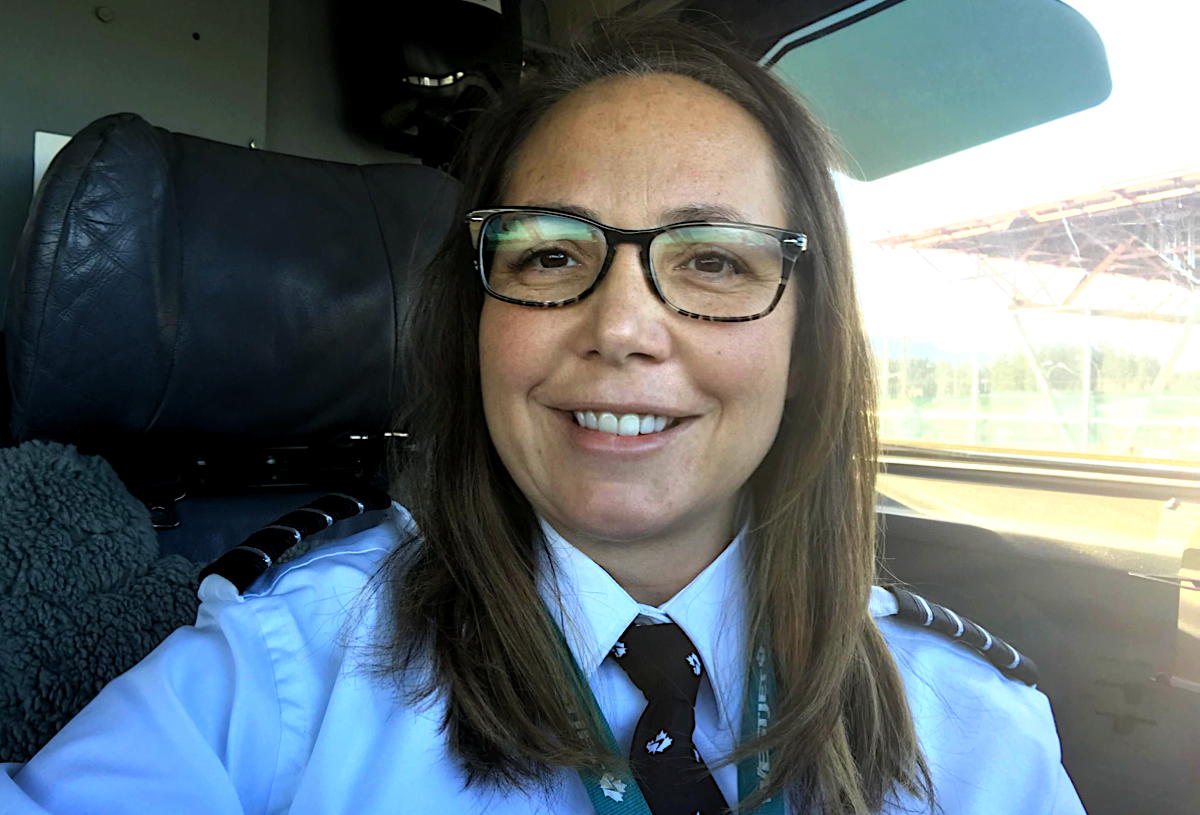 “I’m a resource for the 600 pilots that work there,” she says. “The WestJet culture is what makes working at WestJet so fantastic. We’re all in this together as a team.”

While flying airplanes was always in the back of her mind, it was Jansen’s first solo flight that made her instantly realize that aviation was for her.

A young Jansen had just finished flying circuits with her instructor (circuits being the first stage of practical pilot training focused on take-offs and landings), when her instructor hopped out of the Cessna 172 they were flying, and said: “OK, you’re on your own.’”

“It was mildly terrifying in that moment,” Jansen says. “I thought: ‘Oh my gosh.’ I’m doing this all by myself.’”

Still, Jansen recalls the “rush of excitement” she felt when her aircraft took flight and she steered it on her own. “When I was up there by myself, it was so quiet. It was very freeing,” she remembers.

Jansen’s very first flight with a passenger – her Dad – on a flight from rural Springbank in southern Alberta up to Red Deer is also a moment she cherishes.

“My parents have always been big supporters,” says Jansen, who thinks it’s “pretty cool” when her own three young children, today, get to be passengers on the planes she flies.

One thing people may not realize about commercial aviation, says Jansen, is that the pilots and crew, more often than not, are usually starting their shifts as complete strangers.

“We might look like we know each other very well, [but] quite often, I’m meeting everyone for the first time,” she says. “It’s a true testament to the adaptability of air crews, crew resource management and the professionalism we try to have in our industry.” 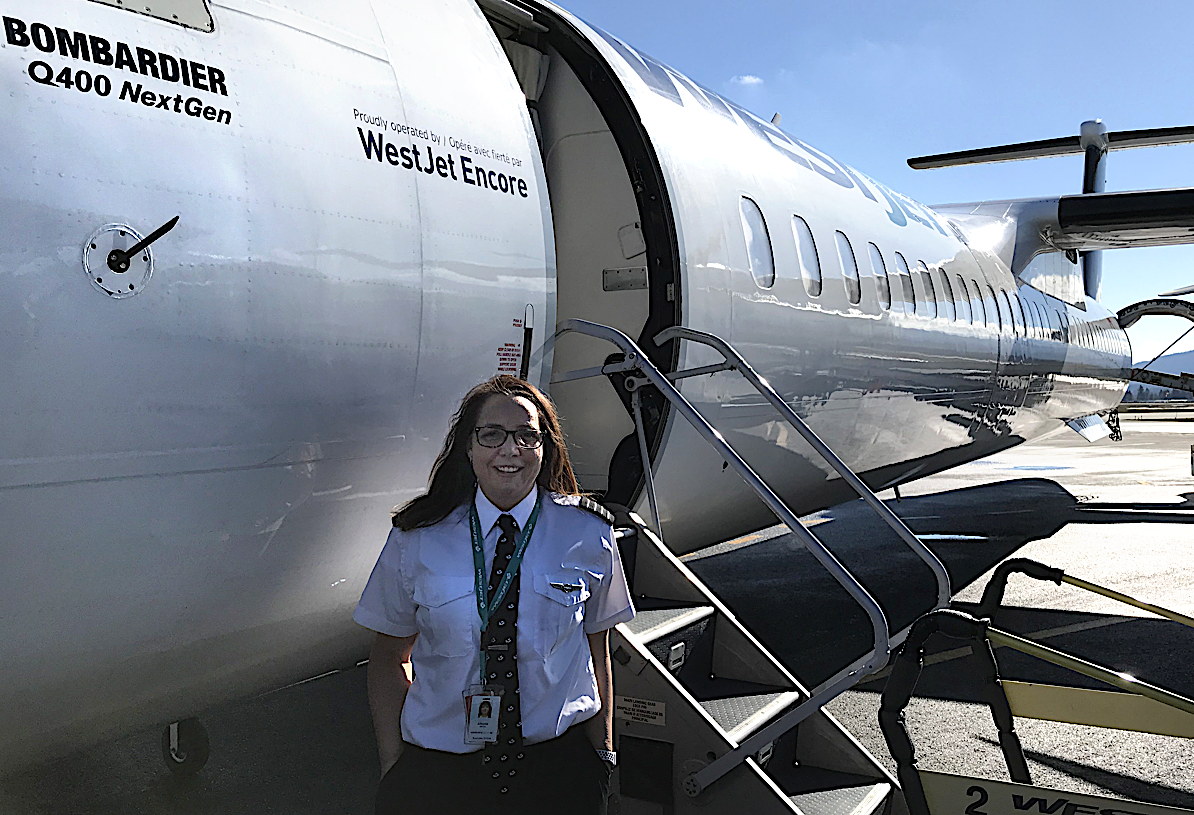 When Jansen completed flight school, she was one of four women in her graduating class of 25 students. “We had a comradery,” she says.

Woman in Aviation Worldwide Week is important to her because “it gets women out there and shows that aviation is open to everyone.”

She also stresses the need to recognize and remember “all of our female aviation pioneers” that came before her.

“They laid down that ground work so I could walk into a flight school and say, “I wanna fly,” and no one would bat an eye,” she says.

While Jansen insists that her gender has never held her back in advancing her aviation career, she emphasis the need for more female visibility in a field that is traditionally male-dominated.

“It’s not so much that girls feel like they can’t do it," she says. "There’s just not enough visibility in the industry, in general."

And even in today’s age, it still sometimes “blows some people’s minds” that “the captain’s a girl,” she says.

"The only thing that holds us back are the outdated stereotypes from people who aren’t in the industry,”  Jansen says.

Her advice to aspiring female pilots?

“Do the research, ask the questions, and take those first steps, because if you don’t, the only one holding you back is yourself,” she says. “The aviation industry needs you.”

Women Of Aviation Worldwide Week is from March 4-10. Stay tuned for part five of our series tomorrow!