Ever since she saw Peter Pan soar effortlessly through Wendy’s bedroom window when she was around six years old, Claire Lemiski knew she wanted to fly, too.

“I didn’t have any fairy dust, so I needed to figure out a better way to do this,” Lemiski, now a captain at Porter Airlines, tells PAX.

An introductory flight out of the Brampton Flying Club solidified her dream.

“I was absolutely blown away and knew I couldn’t imagine doing anything else,” Lemiski says.

Three years ago, Lemiski became a captain for Porter Airlines, but the map to the skies didn’t come overnight. 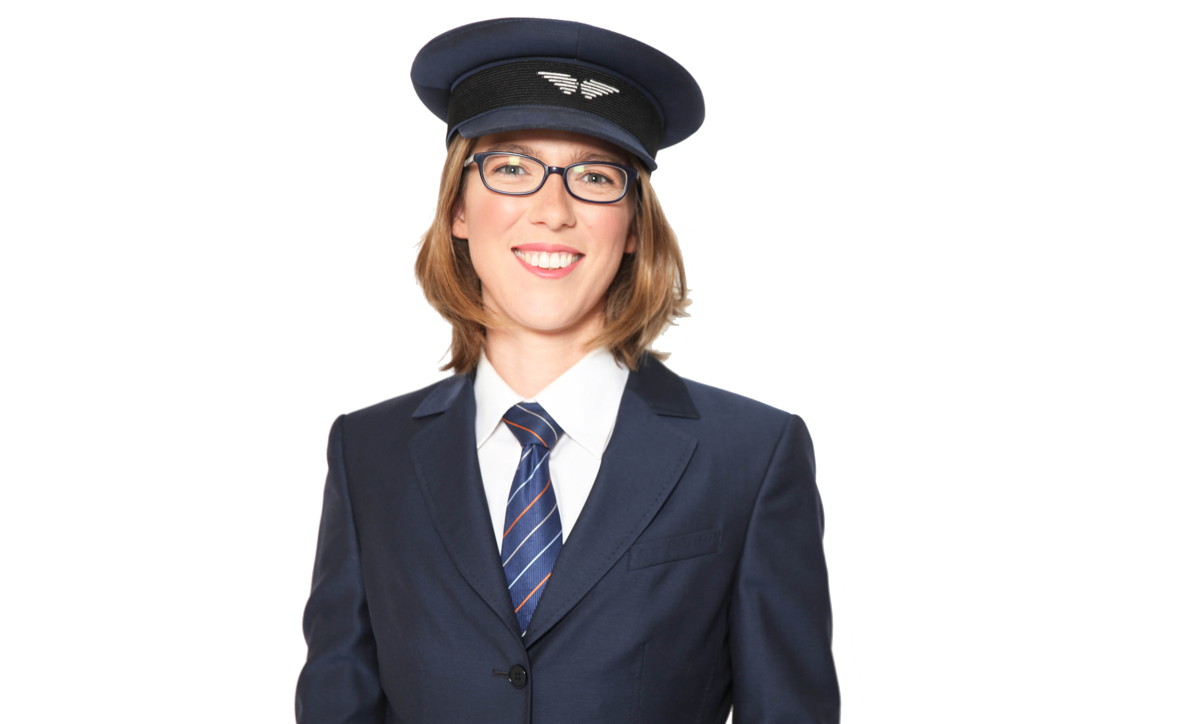 After completing her private pilot’s license in high school, Lemiski dove headfirst into a challenging career path that included a four-year undergraduate degree, enrolling in a graduate development program at Bombardier, countless hours of flight test simulation, and logging more than 200 hours in the air to eventually obtain her commercial pilot’s license.

It also meant making her mom her very first passenger.

“I don’t think I even had my full driver’s license yet, but I had my private pilot’s license, and she was my first passenger,” Lemiski laughs. “To this day, I really do think that the key to a smooth landing is to imagine you’re flying with your mother on board.”

While working towards her degree, Lemiski took on whatever jobs came her way in order to get her foot in the door, some of which included working on the ramps, dispatching at her flight school, and even flying skydivers.

Now, she’s responsible for operating anywhere between 10 to 15 flights a week between Canada and the U.S., and it’s a career Lemiski says she couldn’t be happier with.

”I love the variety that flying brings; each day we’re exploring new destinations in a variety of operating conditions,” Lemiski says. “It’s challenging but really rewarding; we’re getting people where they need to go, whether it’s for business, pleasure, or just to see family.”

Though her career with Porter only allows her to fly between Canada and the U.S. (22 destinations, to be exact), Lemiski loves travel, and says one of her favourite things to do as a pilot is getting to experience new cities and explore what they’re famous for, even if she’s only got a few hours—that includes chasing down a deep-dish pizza in Chicago with her colleagues. 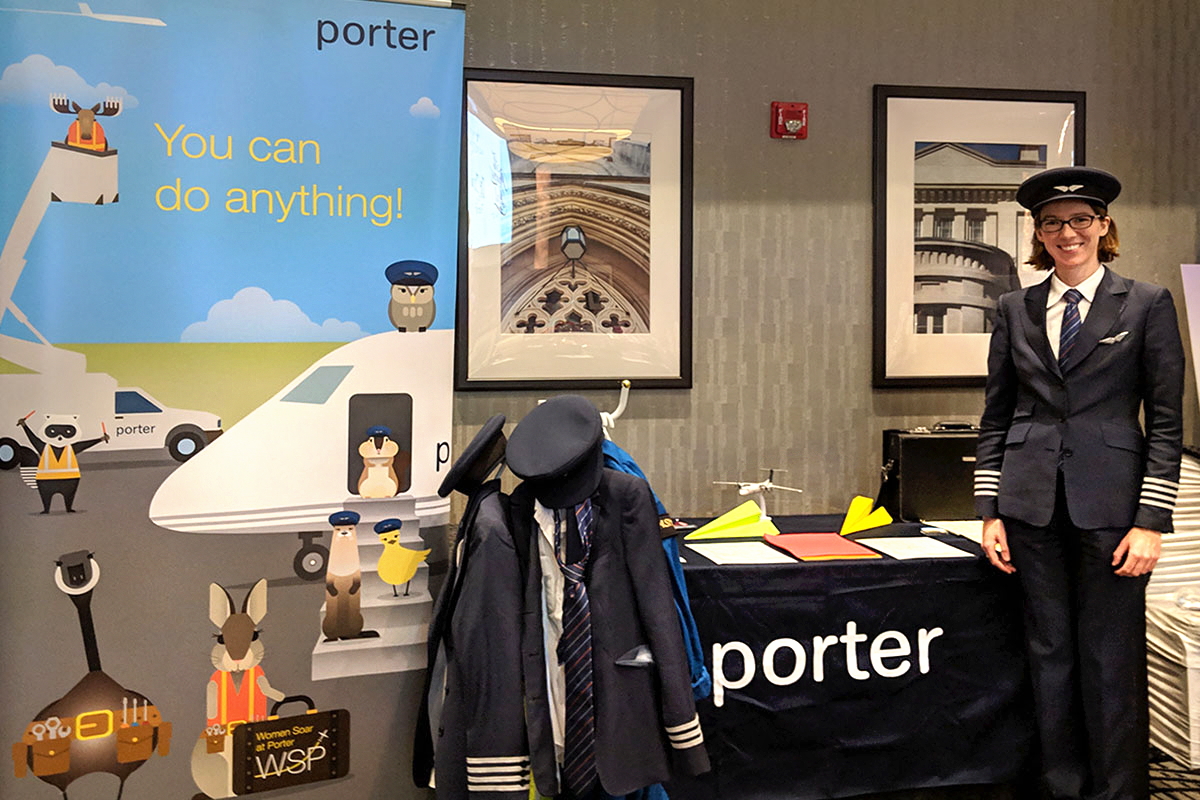 And though being a captain sounds exciting, and Lemiski insists it is, it’s also a lot of work.

“One thing I don’t think people realize is that we’re always training—it doesn’t just stop once you get your pilot’s license,” Lemiski explains. “We’re constantly refreshing our knowledge and skills, whether that’s in a classroom or a flight simulator.”

Opportunity on the horizon

Canada is currently in the midst of a national pilot and aviation shortage, partly due to a labour shortage, but also due in part to underrepresentation of women and minorities.

Porter currently has an employee-led initiative called “Women Soar at Porter,” an in-house initiative that aims to bridge the gender gap within all areas of the organization. It also focuses on increasing awareness of all the opportunities that exist for women in aviation. 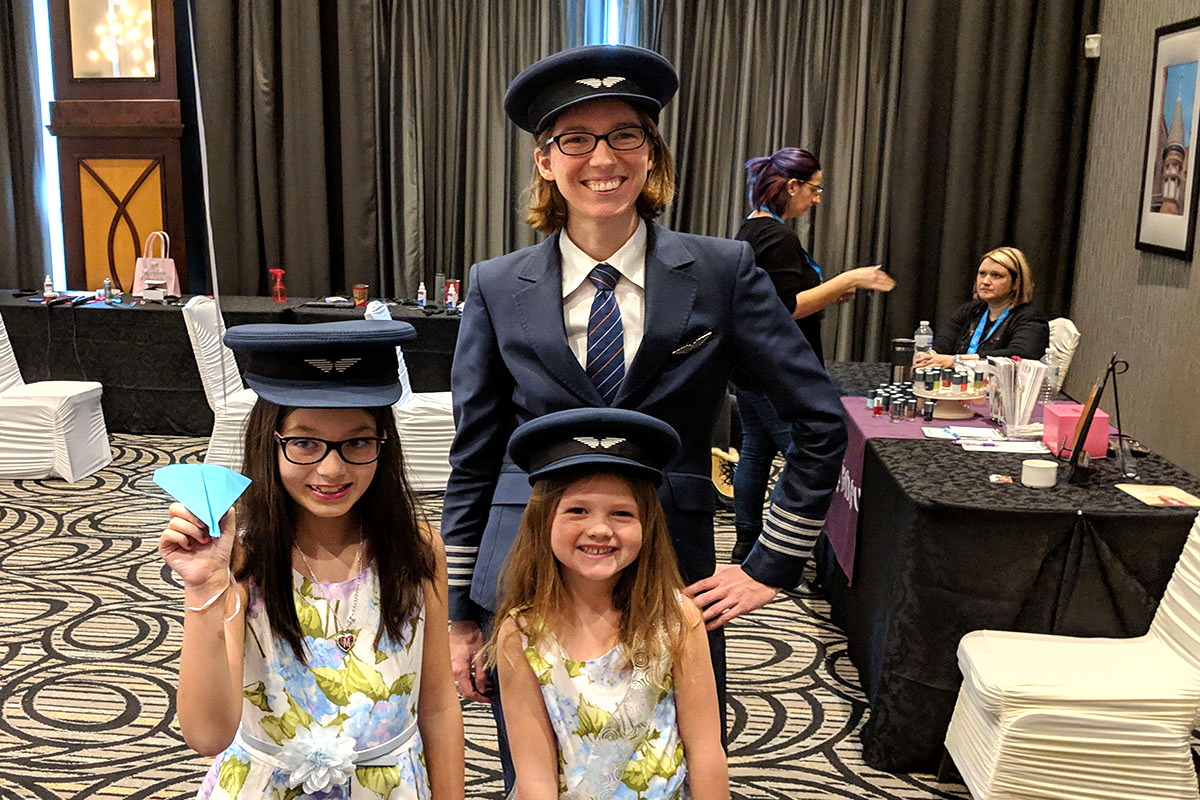 Lemiski volunteers her time here, interacting with young girls who are curious about the world of aviation. From making paper airplanes to taking girls on tours through the aircraft, it’s that hands-on time and mentorship that counts, Lemiski says.

“Young girls need to find something they’re passionate about and pursue it whole-heartedly,” Lemiski says. “Be ready to seize whatever opportunity comes your way. The future is very bright for aviation; nothing should hold girls back from pursuing becoming a pilot.”

“It’s so important to encourage young women to pursue a career in aviation, and even aerospace, because we all benefit from diversification,” Lemiski says. “If you can see it, you can be it, and the more role models we have, the more we can inspire the next generation.”

Women Of Aviation Worldwide Week is from March 4-10. Stay tuned for part two of our series tomorrow!