There was a time when Air Transat’s Captain Martine Olivier had both feet on the ground, teaching English as a second language.

Then one day, during a flight from Montreal to Puerto Plata, her plans changed. It was on that day – her first time flying in an airplane – that her career as a pilot really took off, so to speak.

One flight changed everything

“The world of aviation in general has always attracted me,” Olivier, who is based in Montreal, tells PAX. “I’ve always found it fascinating.”

Olivier’s parents are teachers, and for them, it was important that she went to university and got a degree. Oliver did just that, earning a BA in teaching English as a second language.

But it was a rare opportunity to sit in a flight deck that ultimately called Olivier to the skies.

“While I was teaching, I went on a trip with a friend aboard Air Transat,” Olivier recalls. “On that day, I was very excited and I wanted to visit the flight deck – at the time we could still do that! We stayed in the flight deck for a while and spoke with the pilots. After, I explained that I was interested in flying, and they invited me to stay in the flight deck for the landing. I was sitting on the jump seat as we landed and that was the moment I decided to become a pilot. I was hooked from then on.”

With her sights now set on becoming a pilot, Olivier set out on the path to her dream job.

Keeping in touch with the pilots from her inaugural flight experience, Olivier got her first taste of piloting a plane just a few weeks later, as well as some direction on entering the world of aviation.

“One of the pilots called me two months later; he had rented a small Cessna and allowed me to fly. He told me, ‘This is a very different career – it’s definitely not nine-to-five, but we’re hiring flight attendants. It might give you a better idea of the job and lifestyle,’” Olivier says.

“I applied and got the job, so I quit teaching and became a flight attendant for Air Transat. I did that for five years and during that time, I got my pilot’s license.”

Now ready to fly, Olivier started her career as a pilot with Air Montreal in 1997; she then moved on to Royal Airlines in 2001, followed by JetsGo and then eventually returning to Air Transat in 2005 – “A dream come true,” she says of her return to Transat. 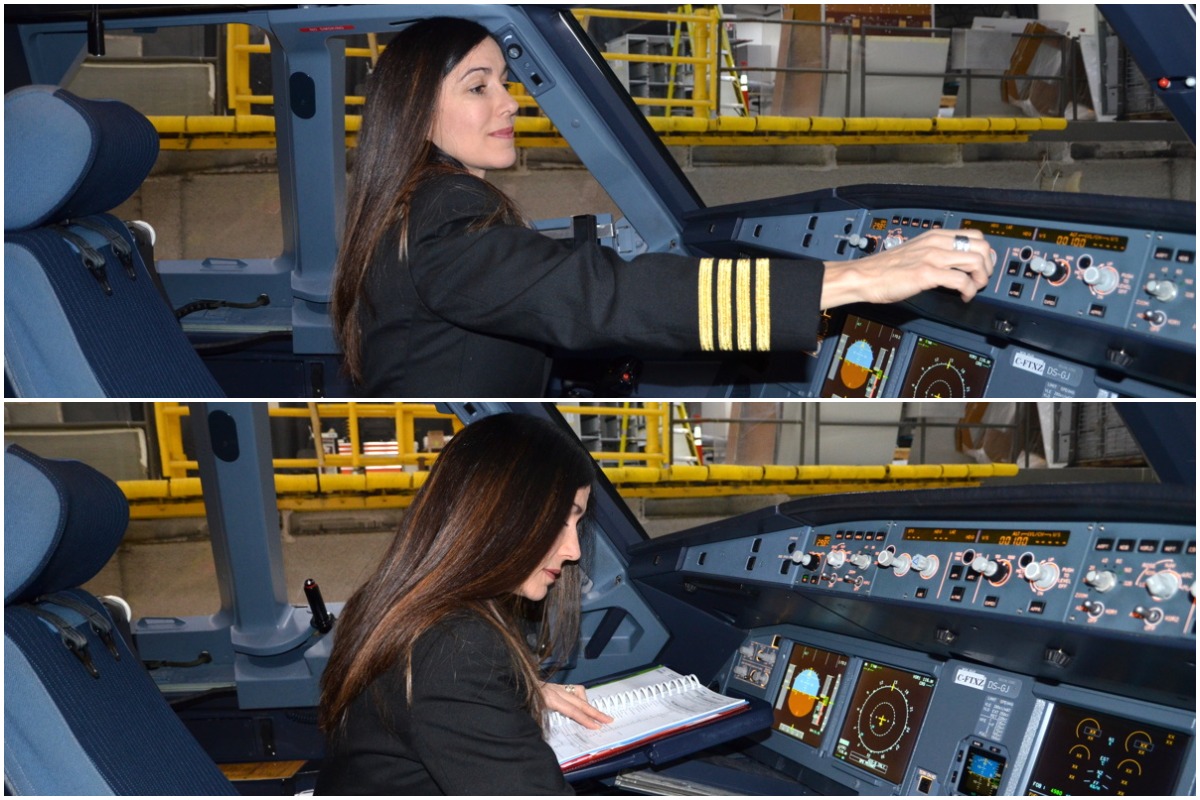 In addition to living out her dream of being a pilot, Olivier cites her colleagues and the company culture at Air Transat as her favourite parts of the job.

“What I like the most about my job is the people I work with. Even though it’s not a small company, there’s a real family atmosphere at Air Transat,” she says.

“I like the travel and the work itself, including its challenges. Some people say it’s one of the most stressful jobs in the world – but if you can cope with the stress it makes it interesting.”

Olivier says “to have your passion as your career is incredible.”

Flying between eight and 16 days per month in her current role, Olivier has now flown countless times. However, there’s one flight that will always stand out.

“In 2011, I did the very first all-women crew flight at Air Transat,” she recalls. “It was a flight from Vancouver to Cancun and it was a great day – the passengers were happy when the flight attendants made the announcement; everyone clapped! One of the flight attendants wrote, ‘No boys allowed’ on a piece of paper and stuck it to the cockpit door; we all had a good laugh!” 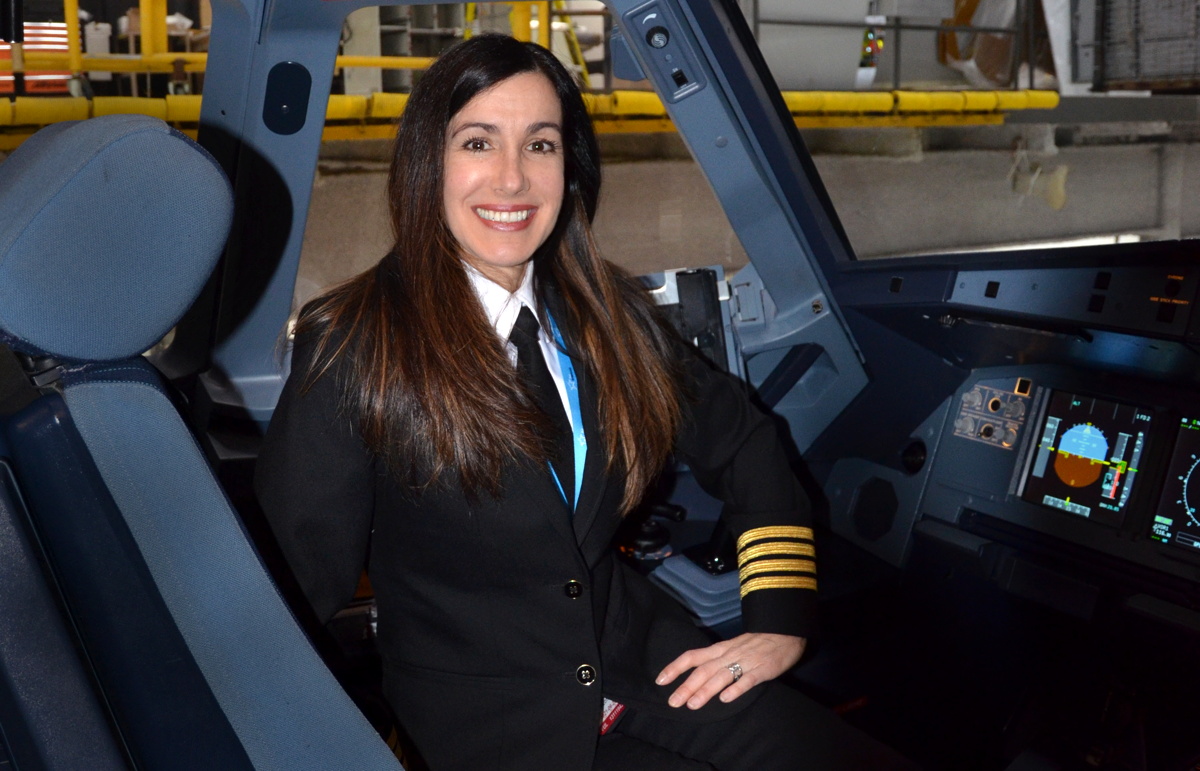 While Olivier says that aviation is still very much “a man’s world,” much like when she started, the industry has changed considerably since the late 1990s.

While she estimates that she was among the less than two per cent of women pilots in those days, Olivier says that number has grown to approximately five per cent worldwide. In addition, attitudes toward women entering the industry have also progressed.

“What’s changed is that we’re now treated more equally,” Olivier says. “I think back then, women had to prove themselves more to be accepted and I think you see that less now. If you’re a professional and can do the job, that’s all that matters.”

It’s for that reason Olivier says that Women of Aviation Worldwide Week is an important occasion.

“Not only does it give young women an introduction to the different career opportunities in aviation,” Olivier explains, “but it also shows them that all doors are open, that they are welcome and that their aspirations are achievable.

“It also allows us to share our positive experiences, offer some guidance and peer support, which could make a difference in their lives, create new bonds and above all, help them make their dreams come true!’’

Women Of Aviation Worldwide Week is from March 4-10. Stay tuned for part three of our series tomorrow!