More than 500 travel agents assembled at the International Centre in Mississauga, ON, last night (April 17th) for WestJet’s fifth annual travel trade expo, a networking event designed to connect agents with WestJet, WestJet Vacations and many of the company’s preferred hotel and destination partners. 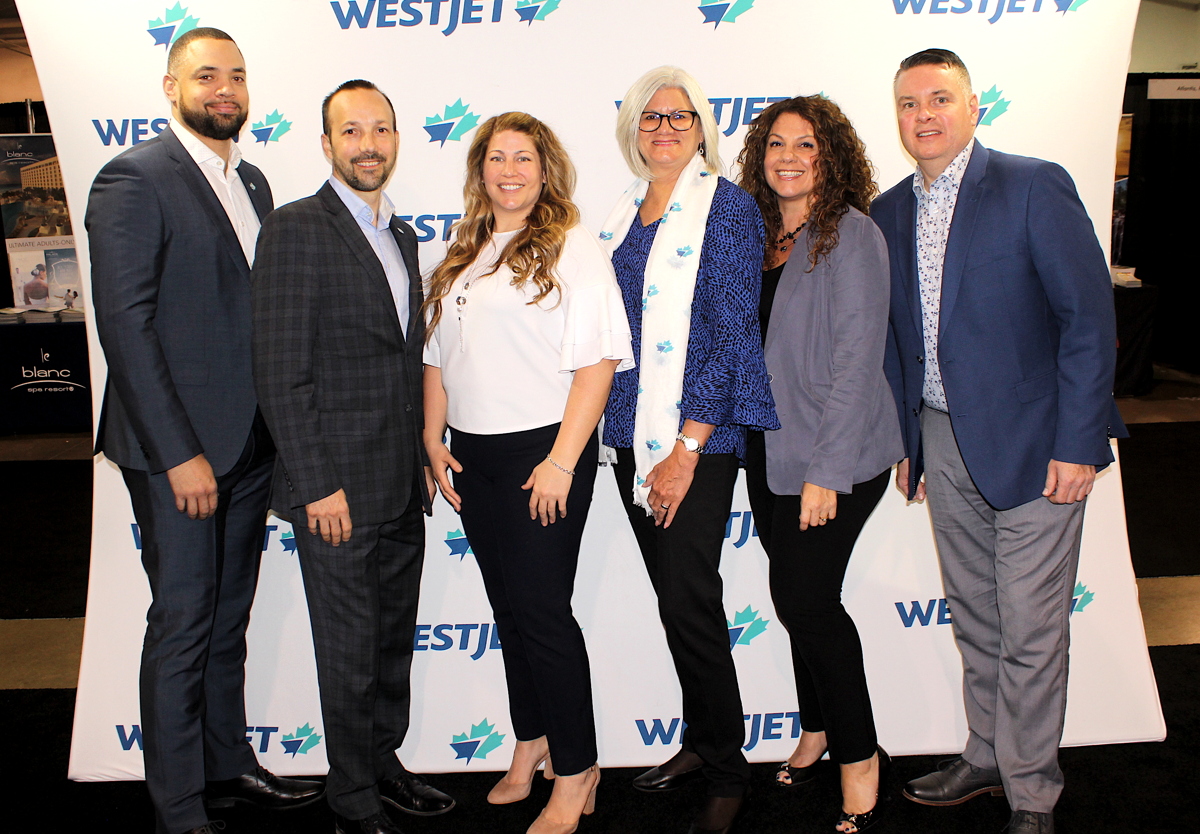 Last night represented one of many expos happening in Central and Western Canada this spring, and attendees were handpicked by WestJet based on their sales performance.

“The agent community is still a huge focus for us,” Clementino told PAX in a video interview filmed prior to the event.  “As we continue to grow, they’re going to become more and more important on our international investments.”

Those international investments include going global with the launch of its brand new Boeing 787-9 Dreamliner aircrafts.

The trendy, 63-metre-long airplane represents the first of three Dreamliners WestJet will receive from Boeing this year. Three more will be delivered in 2020, and then four more in 2021, totalling ten.

The 320-seat aircraft represents a new era for WestJet as it begins longer-range flying while offering passengers the options of Economy, Premium and Business cabins (a WestJet first). 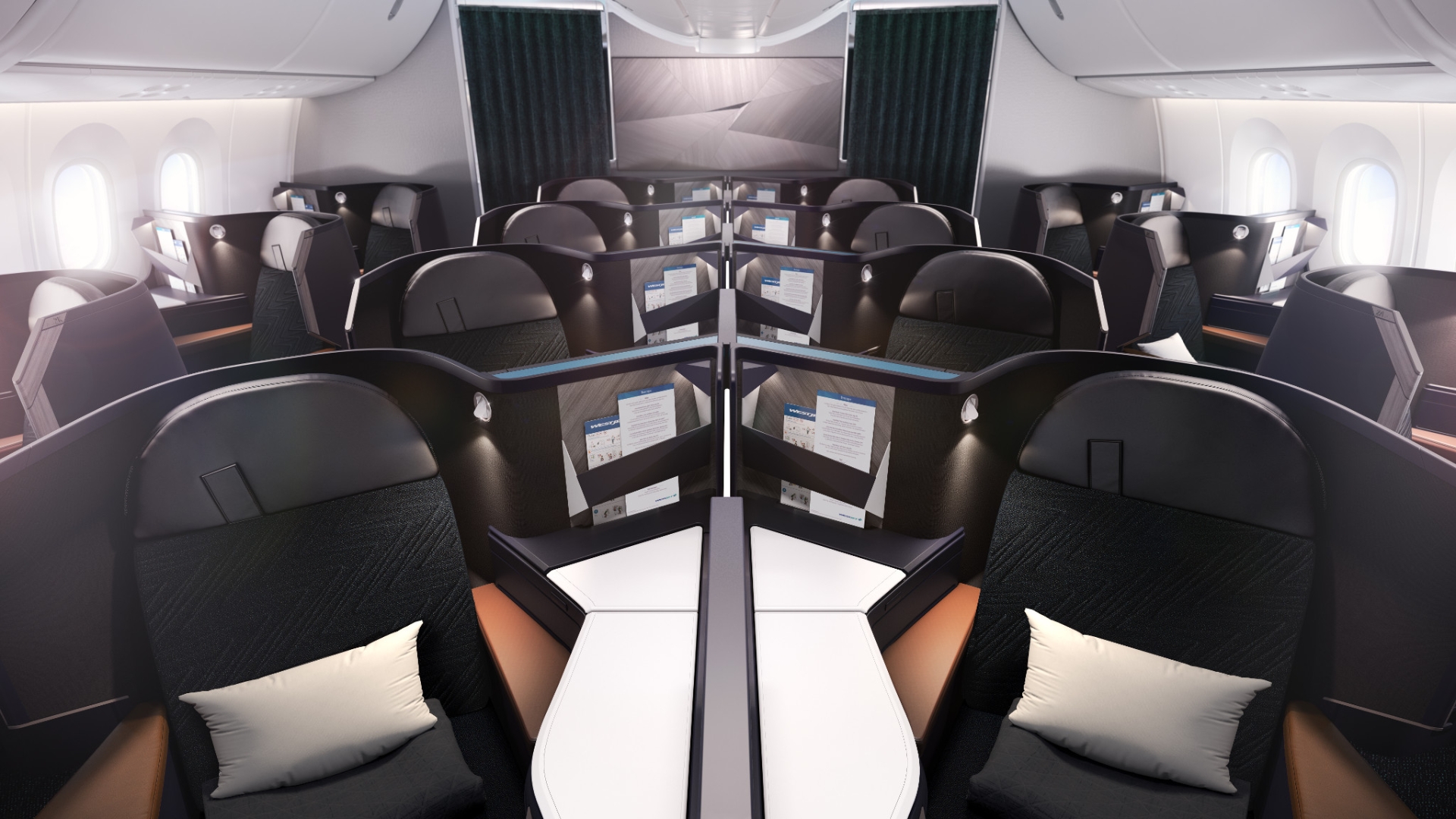 Its latest upcoming route is a direct flight from Calgary to London (Gatwick), starting this April 28th, which is expected to position WestJet as player in the international market.

After that, direct services from Calgary to Paris (May 17th) and to Dublin (June 1st) will follow this spring and summer.

That service will be operated on a Boeing 767-300 ER aircraft, seating 262 guests and featuring the airline’s Premium and Economy cabins.

Last night, WestJet also gave guests an opportunity to select a Cupanion water bottle as a parting gift - a cup of water is given to a country in need each time the bottle is filled and a bar code is scanned using an accompanying app.

Since opening its doors for previews last February, the high-tech airplane has been flying between Calgary and Toronto, allowing crews ample time to get acquainted with their new ride.

Yet despite the excitement surrounding WestJet’s new Dreamliners, Clementino was quick to point out the “touch and go” year the airline has endured financially.

“We grew as far as sales [go]. We added more planes – we’ve been adding 15 planes for the last five years, every year. We grew our premium sales. We grew our overall passengers to more than 24 million,”  Clementino told a packed ballroom of attendees.

“We also grew our expenses,” she said, noting WestJet’s non-profitable quarter late last year – the first time the airline has suffered a loss in 13 years.

“We’re going to be an international network airline from being a low-cost carrier. There's a lot of expenses,” she said. 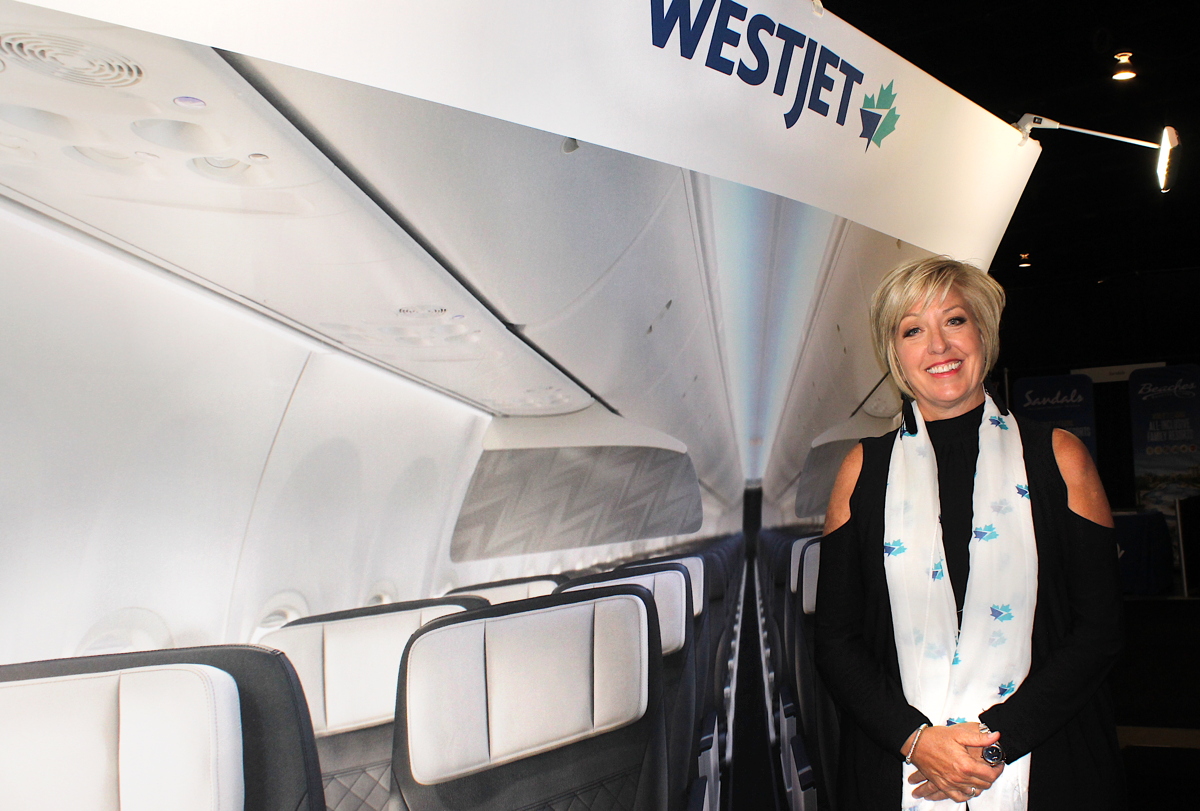 Clementino went on to explain how WestJet, in actuality, makes $3.59 a seat. “It’s a reality for us,” she said.

Still, despite all this, Clementino was optimistic in where the company is going – especially in terms of how it will soon be able to position itself as an international networked airline thanks to its new Dreamliners and direct routes from Calgary to Europe.

While the look and feel of WestJet may be changing, the airline’s devotion to personalized service (and travel agents, for that matter) will remain intact, Clementino assured.

Watch our video from the expo below!