Porter Airlines has applied to the Canadian Transportation Agency (CTA) for International Scheduled Service (Large Aircraft) licenses to be operated on a codeshare basis on another licensed carrier's aircraft, between Canada and the following destinations:

In addition, Porter has also asked the CTA to add a license to operate a domestic service on a codeshare basis with another licensed carrier

In an order issued on July 14, the CTA announced that it is issuing the licenses, thus authorizing Porter to operate, on a codeshare basis, scheduled international services on all of the stated routes.

The decision published by the CTA does not specify the identity of the licensed air carrier(s) with which Porter will operate these codeshare services.

It should be noted that last March, Air Transat and Porter entered into a codeshare agreement, the implementation of which is scheduled for the summer 2022 season.

In its decision, the CTA notes that if Porter eventually wishes to operate air services using large aircraft, otherwise than pursuant to a codeshare agreement with another carrier, it will be necessary that it obtains the appropriate licenses – “which includes meeting regulatory financial requirements.”

At the same time as the codeshare licenses, Porter has also applied to the CTA for – and obtained – an exemption from the application of the Canada Transportation Act with regard, precisely, to regulatory financial requirements. 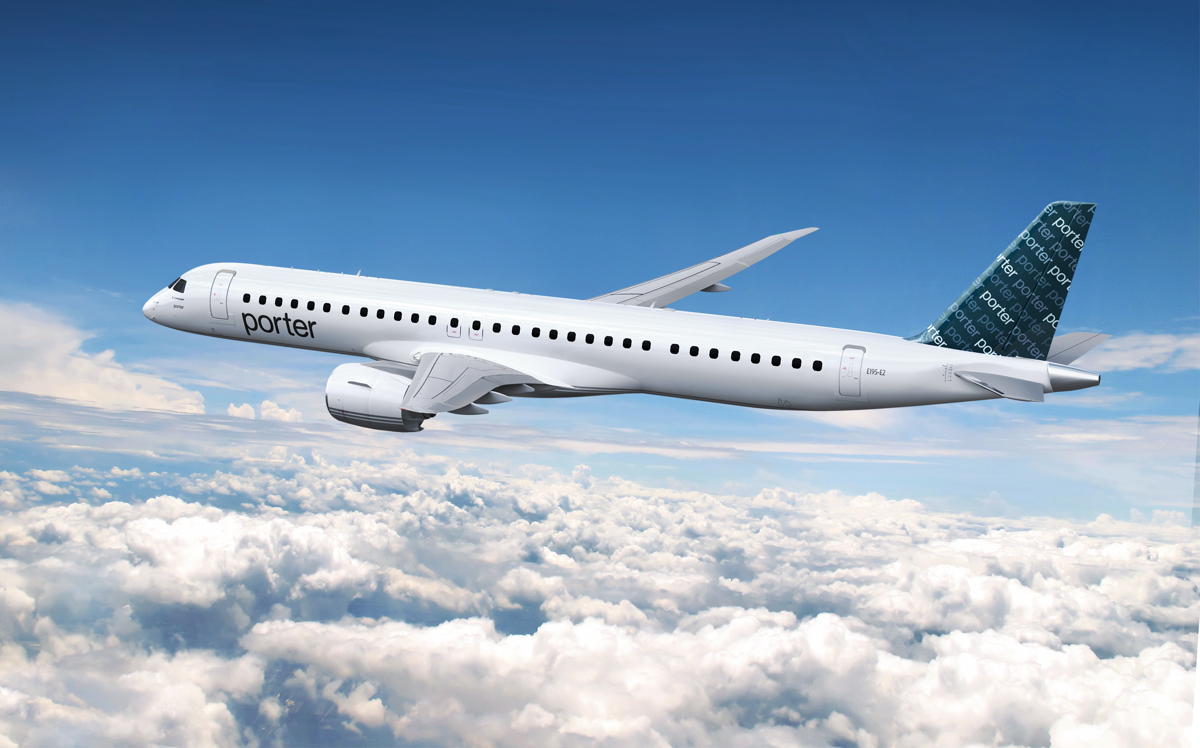 Porter argued that it could be exempted from these requirements since the services would only be offered on the basis of a codeshare agreement using aircraft operated by another air carrier.

As such, the airline said that it would not itself operate the large aircraft and therefore would not incur the costs associated with their operation.

The CTA found that indeed, "compliance with the financial requirements, in this case, is not necessary."

A few days after the CTA published its decisions, Porter announced that it had placed a firm order for 20 Embraer E195-E2 passenger jets, adding to their existing 30 firm orders.

As previously reported, Porter will use the E195-E2 to extend its service to destinations throughout North America.

Porter intends to deploy the E195-E2s to destinations throughout Canada, the United States, Mexico and the Caribbean, from Toronto Pearson International Airport, as well as Ottawa, Montreal and Halifax.