The debate on whether Toronto's Billy Bishop airport (YTZ) should allow jets to fly in and out of downtown is back in the spotlight.

In a statement to media, Poilievre said the move would increase competition in aviation and provide travellers with an alternative to Toronto Pearson International Airport, which, for several months now, has grappled with flight delays, long lineups and misplaced baggage.

"Travel at Pearson is a mess right now," Poilievre said. "There could have been way more flights out of Billy Bishop airport in downtown Toronto, meaning more competition and more choice, but the dreadful gatekeepers wouldn't let it happen.”

It’s expected that Poilievre’s remarks will reignite a firestorm of opinions about the pros and cons of flying jets out of dense downtown Toronto.

In 2015, the federal government, led by Justin Trudeau, nixed a proposal by Porter Airlines (which flies out of Billy Bishop) that would amend the 1983 Tripartite Agreement, which bans runway expansions and jets unless all parties agree.

At that time, Porter was seeking to expand YTZ’s runway by about 200 metres so that jets could fly passengers to further destinations like Vancouver, Los Angeles and the Caribbean. 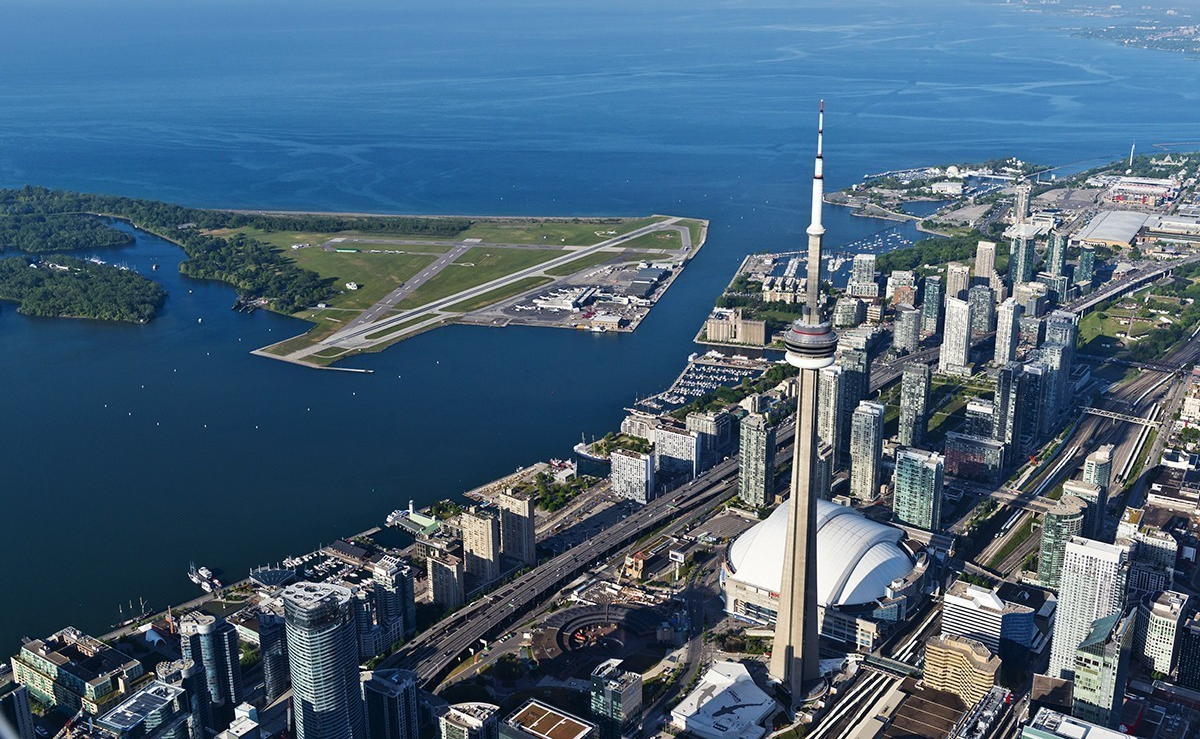 The proposal was a hot-button issue, highly debated by Toronto city council, and local residents—assembling under the name "NoJetsTO"—passionately argued that flying jets downtown would lead to increased noise and impact the environment.

"If we were to fly jets out of the island airport, really jets would end up dominating the whole waterfront," Norm Di Pasquale, chair of NoJetsTO, told CP24 yesterday. "We'd have jets roaring over the port lands, jets roaring over our beautiful revitalized waterfront."

Yesterday, Poilievre said that if elected, he would reverse Trudeau's decision and allow jets into YTZ to “give people back control of their lives."

His plan, he said, would be to advise the city of Toronto and PortsToronto to approve a runway extension, providing taxpayers would not have to pick up the tab.

Poilievre’s proposal comes as traveller emotions and frustrations run high as Pearson airport (along with Air Canada) have ranked internationally in the top percentage of flights delayed over the past month, frequently surpassing 50 per cent, according to FlightAware.

Billy Bishop, conveniently located on the Toronto Islands, currently offers flights to more than 20 cities in Canada and the United States.

Back in 2015, Porter wanted to fly Bombardier CS-100 jets out of Billy Bishop and had been lobbying for the reopening of the tripartite agreement, which was shut down by then-Transport Minister Marc Garneau.

Ironically, seven years later, Porter is now gearing up to enter the jet-flying business, recently unveiling plans that would see the airline extend service throughout North America using Embraer E195-E2 passenger jets that, as per the last update, will fly out of Toronto Pearson airport, as well as Ottawa, Montreal and Halifax.

"The big majority of working-class customers and workers want this to go ahead because it means bigger pay cheques. It means more travel. And it means better choice for customers," Poilievre said.

In a statement obtained by CTV News, PortsToronto said there are no plans to make any changes to Billy Bishop or its operations beyond what has been outlined in their Managed Growth Strategy.

"The last two years have been challenging, and as we emerge from the pandemic Billy Bishop Airport is singularly focused on recovery, customer service, and investing in improvements that will make the airport cleaner, greener and quieter,” the airport authority said.