The businessman reiterated his ambition in a French column entitled "Save Transat, together," published Saturday (Feb. 13) in several media, following the Canadian government's approval of the pending $190 million-dollar transaction on Feb. 11.

In this text, Péladeau first criticizes Air Canada's President and CEO Calin Rovinescu for a comment made in English about the proposed transaction with Transat.

"Now the management of Air Canada, having obtained the agreement of the Government of Canada, is wondering about its ability, or its willingness, to complete the transaction," wrote Mr. Péladeau.

The pandemic was a key factor in Ottawa's final decision.

"...the proposed purchase of Transat A.T. by Air Canada will bring greater stability to Canada’s air transport market," said Minister of Transport Omar Alghabra in a statement last week, noting that the deal will be accompanied by strict conditions.

Mr. Péladeau, also known by his initials "PKP," says the proposed transaction, which is still subject to European Commission approval, would have serious anti-competitive effects.

“By swallowing up Transat, which is a direct competitor for the vast majority of transatlantic routes and sun destinations, Air Canada would concentrate more than 60% of the market, an unacceptable threshold in any industry," wrote PKP.

He noted that the Competition Bureau had also arrived at this conclusion "because of the elimination of the rivalry between Air Canada and Transat in the areas of overlap of their networks."

Indeed, in March 2020, the Competition Bureau of Canada was unfavourable to the Air Canada-Transat transaction. However, it should be noted that their analysis was done before the COVID-19 pandemic outbreak. 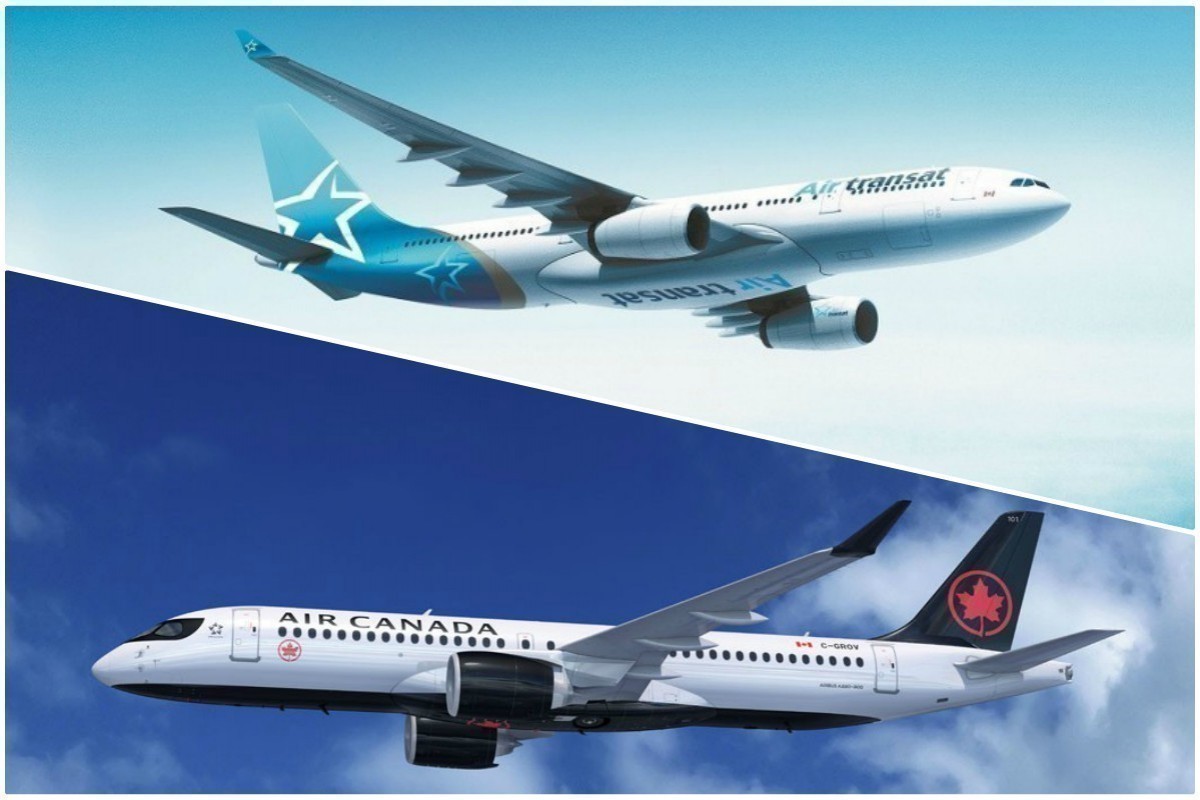 PKP also noted that the European Commission is also considering the issue of competition while accusing Air Canada of wanting to "reestablish its monopoly of yesteryear to better reward its shareholders, and not its customers and citizens."

He argues that "the competition tastes much better," which he said was demonstrated by the takeover of Videotron by Quebecor.

WestJet, too, has expressed its displeasure over the deal.

Ed Sims, WestJet president and CEO, said last week that Ottawa's approval of the transaction "shows blatant disregard for all Canadians who believe in healthy competition."

"When Canadians look to explore the world and reunite with family and friends once again, they will face fewer choices and higher fares," Mr. Sims said in a statement.

"I have the means for my ambition"

Péladeau also attacks the argument of the "failing firm" which weighed heavily in the balance, according to him, when the Government of Canada authorized the proposed transaction.

This argument is that "if you fail to accept the proposal, the business will disappear!" he wrote.

The businessman obviously does not agree, since he himself "offered an alternative " to Transat.

“The Minister of Transport should have contacted me, as the European Commission has done on several occasions, to find out the details of my offer," wrote Péladeau.

Péladeau noted the fact that the board of directors at Transat affirmed that the offer of MTRHP was not superior to that of Air Canada and that it did not constitute "an alternative solution."

"For those who doubt it, I have the means to achieve my ambition and I want to take over Transat so that Quebeckers can continue to benefit from the choice that competition provides," he said.

The members of the board of Transat "released"?

According to Mr. Péladeau, the foreseeable non-respect of the deadline of February 15 to conclude the transaction will release Transat's board of directors of Transat who have “their hands tied by the terms of their agreement with Air Canada."

"In this way, the members of the Board of Directors of Transat will regain their freedom allowing them to ensure the sustainability of the company, its influence in the community and the considerable economic spinoffs for Quebecers," he said, inviting them not to accept “yet another deadline”.

"I invite them to find the reasonable terms of an agreement with my group so that we can save Transat, together," he concluded.