The National Gay Pilots Association: promoting diversity & inclusion one flight at a time

Dean Sela remembers falling in love with aviation when he was just a wee one.

As a child, he used to fly back and forth between Israel (where he was born) and Canada (where he grew up), and loved every aspect of the journey.

“I’d hang out in the flight deck, sit by the wing, meet the pilot...I’ve loved air travel for as long as I can remember,”  says Sela, 34.

By the time he was teenager, Sela knew he wanted to work in aviation.

He took his passion and made it happen – one of his first jobs was working as a part-time dispatcher for a small flight school outside of Toronto. When he was 16, Sela learned how to actually fly a plane. Then, at 17, he earned his private pilot licence.

All this before learning how to drive a car.

But Sela had a secret

Sela’s career was quickly taking flight, so to speak, but there was something more to his life in the skies that no pilot’s school, flight simulator or written exam could ever prepare him for.

Sela’s co-workers and schoolmates didn’t know he was gay – a secret young Sela kept to himself. 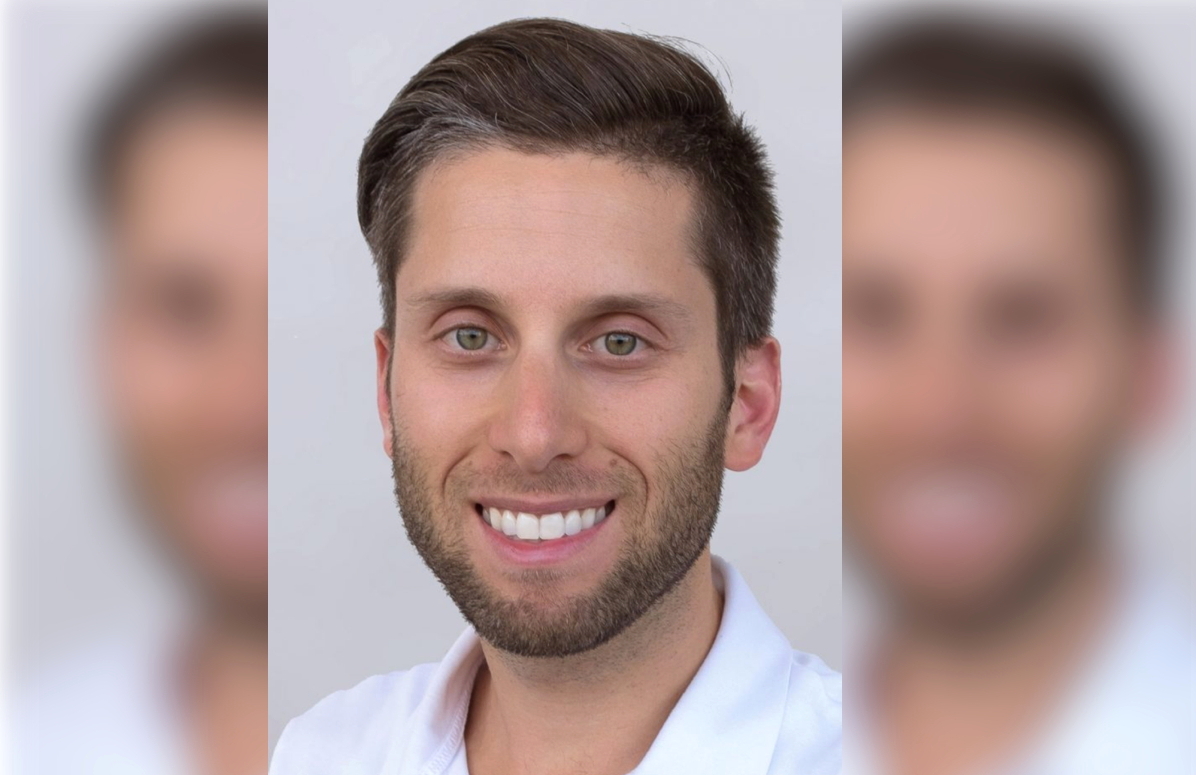 After all, in those early days, it wasn’t uncommon for Sela to hear derogatory comments about gender and sexual orientation at his work and in his aviation program at school.

Reconciling who he was, and what he wanted to do for a living, was a struggle.

“On one hand, I felt I belonged in the skies. On the other hand, I didn't feel that I could belong at all,” Sela once wrote in a blog post recounting those formidable years.

But nothing – seriously, nothing – was going to get in the way of Sela’s ambitions.

By the time he was 29, 13 years after he first enrolled in flight school, he landed his dream job as a pilot for Air Canada. By then he was openly gay and proud – something he came to terms with early on in his career thanks to the help of a fellow openly-gay pilot who became his friend and mentor.

You could say aviation culture, and its attitude towards gender and sexual orientation, had grown up a little too.

“When I first started interviewing for aviation jobs, I felt like I didn’t have to hide anything. I wasn’t scared, I wasn’t worried,” Sela tells PAX.

Today, Sela is a First Officer who steers Air Canada’s long-range Boeing 787 Dreamliners to the most worldly destinations, from Munich to Seoul to Copenhagen to Tokyo.

It’s a big position that comes with big responsibilities. But nothing is more important to Sela these days than sharing his story and being an advocate for LGBT and gender inclusiveness in the aviation industry.

After all, passing flight school is stressful enough.

“Nobody should have to grapple with whether they'll be accepted for who they are,” Sela says.

It’s a message Sela preaches loudly and proudly as a director for the National Gay Pilots Association (NGPA), an international organization dedicated to building, supporting, and uniting the LGBT aviation community worldwide. 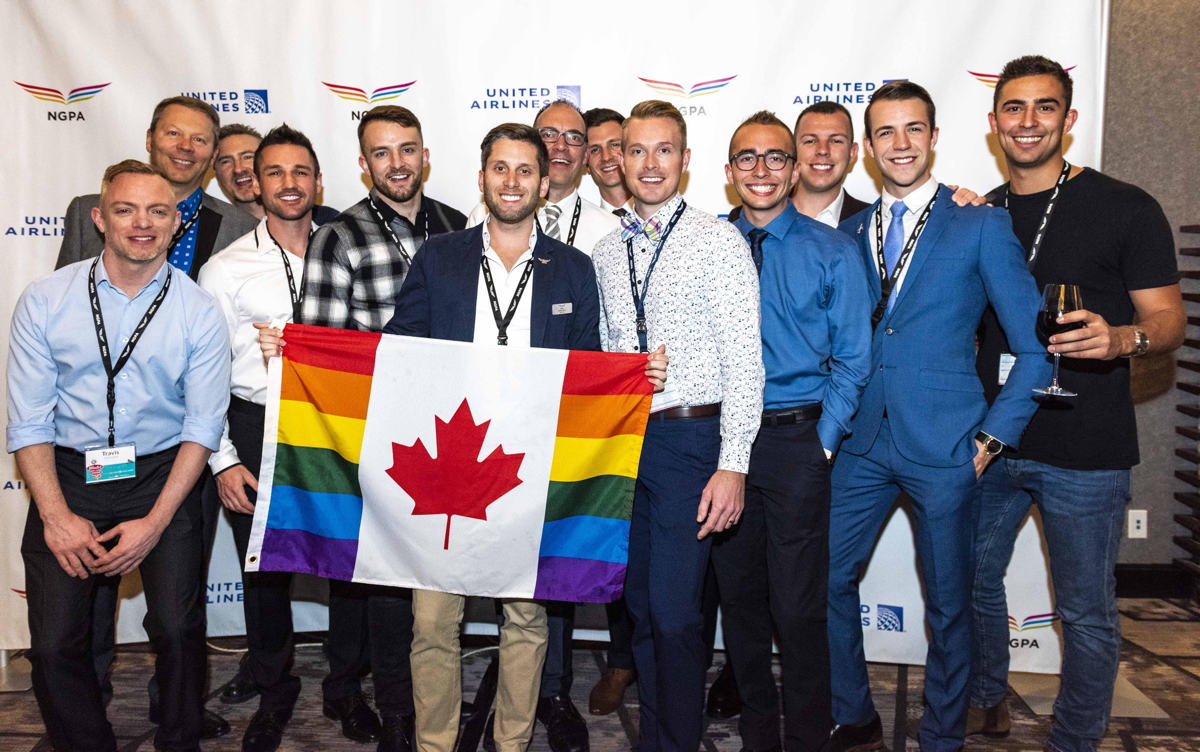 Founded in 1990 by a small group of gay pilots who discreetly gathered in Provincetown, Massachusetts, the organization aims to promote aviation safety, provide a social and professional network for the LGBT community, foster equal treatment of the LGBT aviation community through advocacy and outreach and encourage LGBT people to pursue careers in aviation.

Today, the NGPA boasts more than 4,000 members (consisting of both LGBT and non-LGBT allies), with localized chapters in the U.S., Canada, the U.K., and even Australia.

In addition to hosting mega industry expos, signature events and outreach initiatives throughout the year, the organization also offers scholarship opportunities for aspiring LGBT professionals in the aviation field.

(The NGPA is awarding more than $150,000 in scholarships this year alone).

“It warms my heart to see young people inspired to join the industry because the NGPA has given them the avenue and courage to be their authentic selves,” says Sela, who is also the co-founder of a non-profit organization called Canadian Aviation Pride, which supports people within LGBT communities who share a passion for flying.

Beyond the old boys club

In this day and age, one would assume the aviation industry would have caught up with embracing sexual and gender diversity in the workplace.

Really, you can’t go to a Pride festival these days without seeing a major airline sponsor a rainbow-clad event or participate in a parade. Diversity and inclusion committees, too, are a common corporate practice at many airlines.

While Sela agrees the aviation industry has indeed come a long way in its support for LGBT employees, he says the fight for inclusion and acceptance isn’t over.

“It’s still an old boys club out there,” Sela tells PAX. “There’s still a lot of work to be done.”

Just because an airline waves the rainbow flag at a Pride festival doesn’t always mean there’s a rainbow at the end of everyone’s day-to-day flight operations, he says.

“An airline might be pro-LGBT; maybe they go to Pride events and put money into the parade.  It seems like they’re doing everything right to be diverse, but when you translate it to the flight deck, it can be a different story,” Sela says, noting that issues of homophobia can extend to flight schools as well. “That directly links to a safety problem and we’re really trying to crack down on that."

Case in point: Sela recounts a phone call he once received from a girl who was concerned for a male friend who was attending a flight school in New Brunswick, and who had recently come out to his instructor.

“The instructor told him: ‘If you’re gay, you can’t be a pilot,’” Sela says. “That was shocking to me. I was like, ‘Really? This is happening? And in Canada?’”

After connecting with that student, and using resources available from within the NGPA, Sela and his peers were able to get that aspiring pilot a new instructor.

“There’s an element of advocacy in helping the community at large,” Sela says of the NGPA's mission. “And helping our own members, too, by connecting them so they can get ahead.”

There’s a sense of comradery shared between NGPA members, which includes people from all parts of the spectrum, from gay men to lesbians to trans individuals to straight-identified allies. 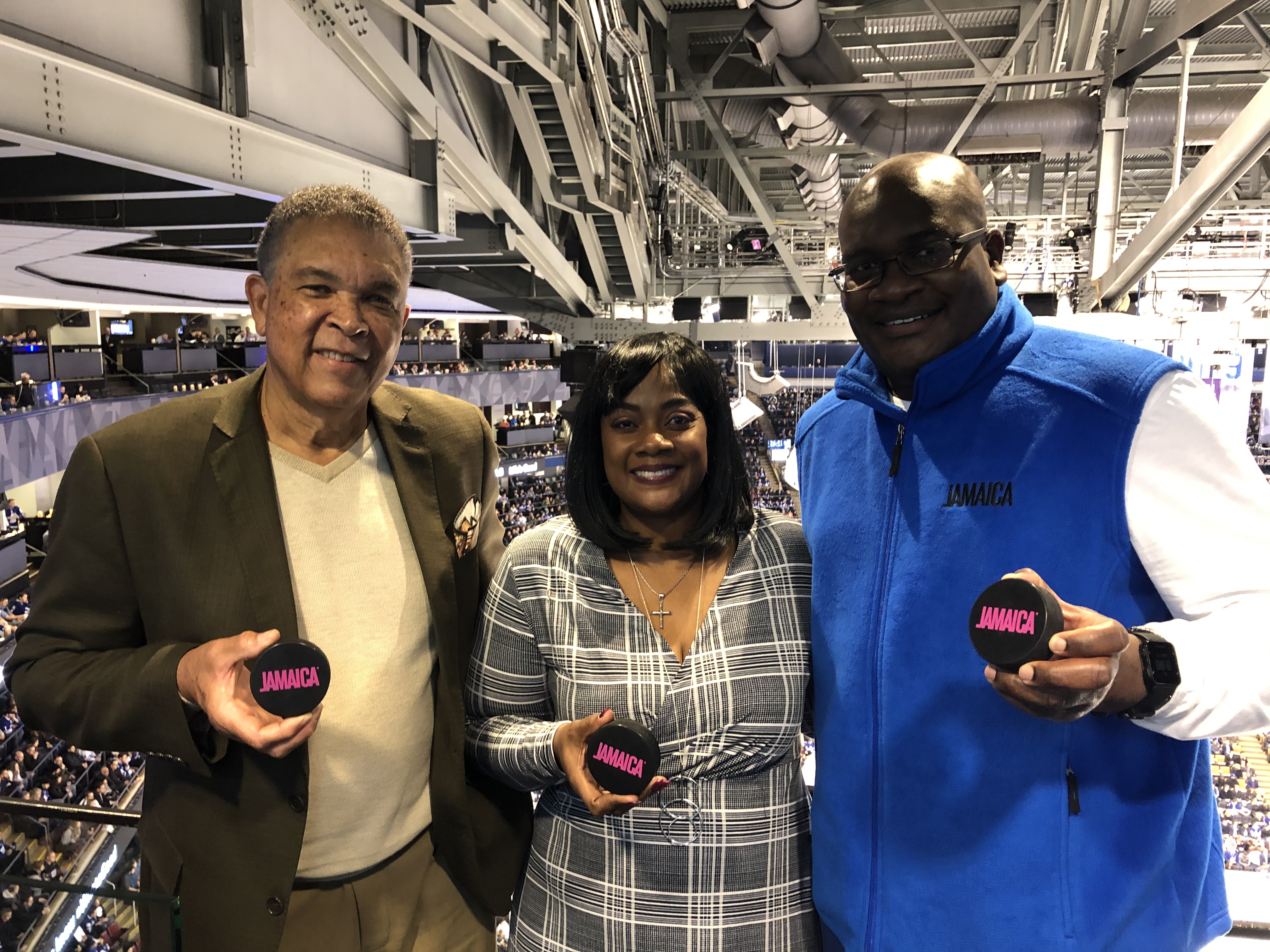 The NGPA’s events, such as their annual Pride event that took place in Toronto this weekend, brings together a community of aviation lovers (and not to mention major partners) from the industry at large.

“The NGPA has become my aviation family,” Sela says. “When I first joined and went to my first event many years ago, I only knew one person. Now I have so many incredible friends that I’ve met through NGPA.”

To say Sela has come a long way from his days as an uncomfortable young dispatcher at small flight school would be an understatement. Thanks to the work of the NGPA, the future is looking bright for LGBT aviation lovers like himself.

“I didn’t know a single gay pilot when I was 16 and learning how to fly,” says Sela. “That has now changed for so many young people.”

How to get involved

The NGPA hosts a variety of events throughout the year:

Palm Springs Winter Warm-Up: Set to the stunning backdrop of the San Jacinto mountains, this networking expo has grown to be the organization’s largest yearly gathering. Featuring various receptions, keynote speakers and exhibitors, the jam-packed weekend gives more than 1,000 attendees the opportunity to learn more about the industry and expand their network. “Almost all of the U.S. carriers come to this thing,” Sela says. 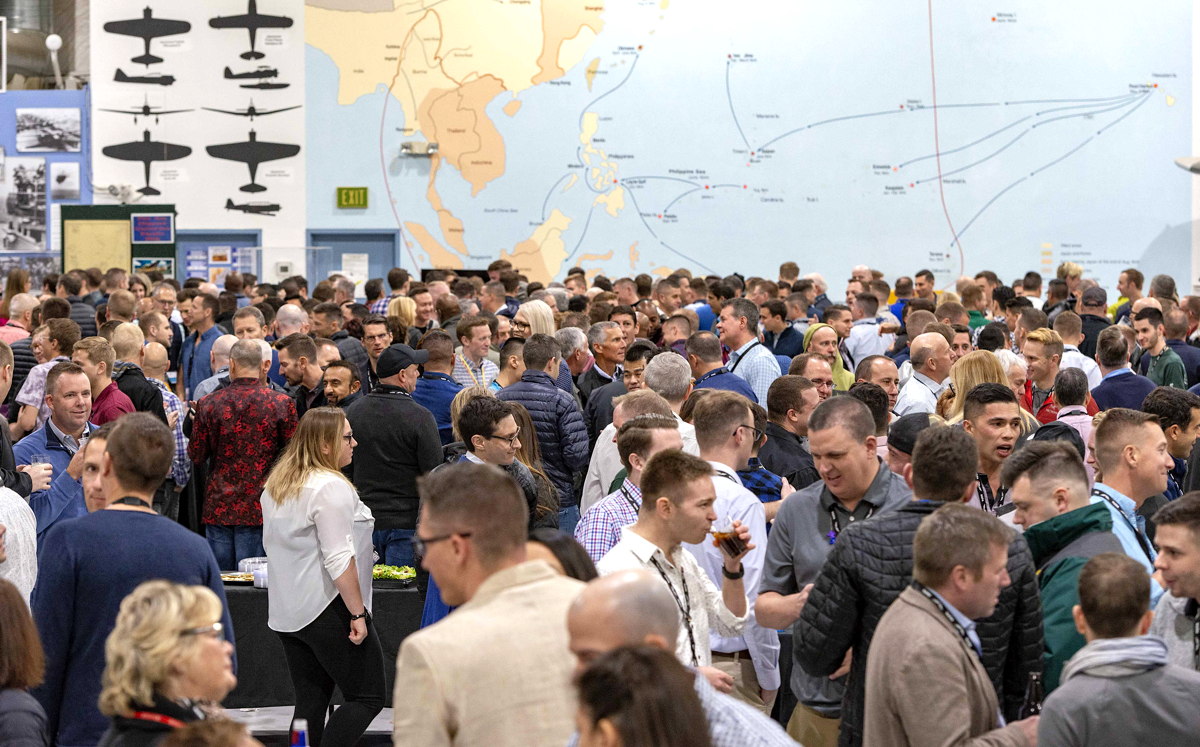 Registration includes admission to the NGPA Industry Expo presented by United Airlines, which is the second-largest pilot recruiting and aviation networking event in the U.S. Here, one can find hundreds of ATP-qualified active airline pilots seeking employment, aviation products and services, and educational seminars. “It often leads to jobs for people,” Sela says. The next warm-up is Feb. 6-9th, 2020. 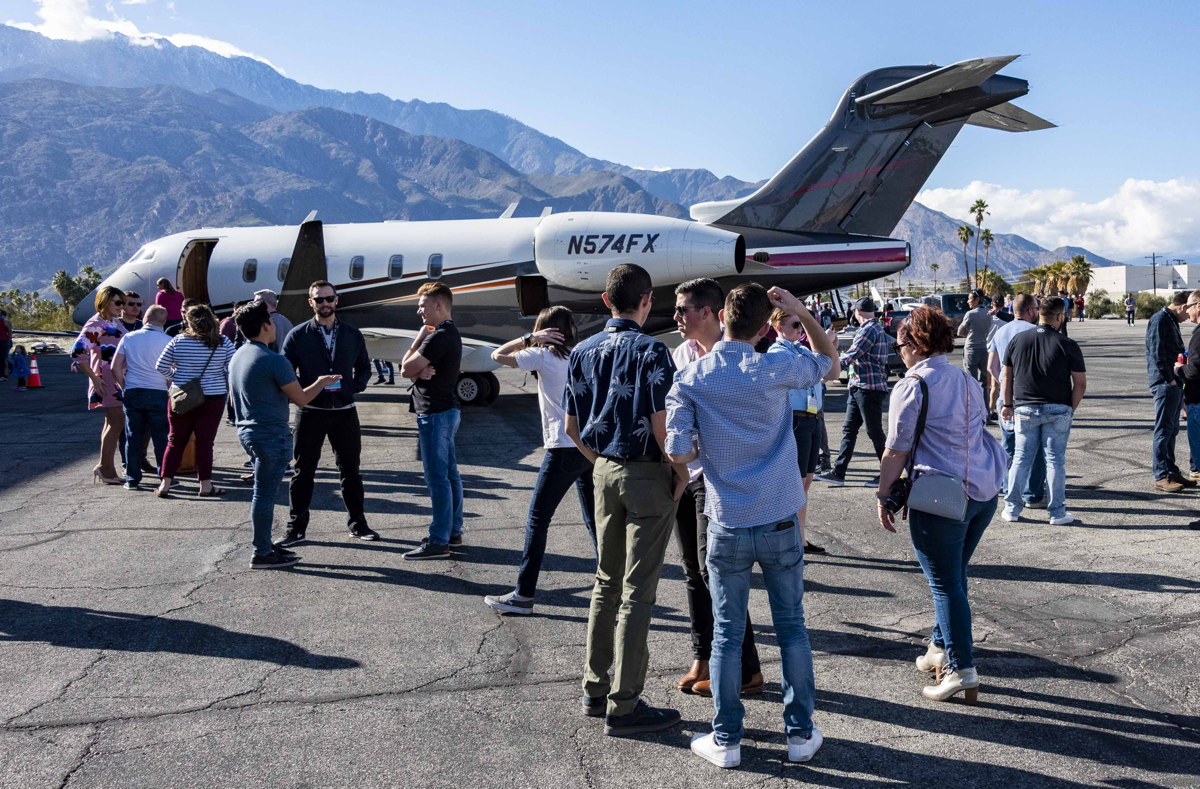 Cape Cod Classic: An annual fall gathering in in Provincetown, Mass. that honours the legacy of those brave gay pilots who planned the NGPA’s inaugural event in 1990. Back then, it was a handful of gay pioneers, and because it was taboo to be out at that time, communication was done by telephone (members were identified by having an airplane on their shirt). As the story is told on the NGPA’s website: “Members risked losing their job or being discharged from the military if they were outed as gay.” This year’s event is Sept. 12-15th, 2019.

Aviation Inclusion Summit: Held this November in Scottsdale, AZ, this event is designed to bring awareness of diversity & inclusion issues across all aviation organizations. Presentations cover a variety of topics, such as inclusion and safety, transgender issues, harassment, the “ism’s” (racism, sexism, religious discrimination...etc), social media, and more. Nov. 17-20th.

For more information on the NGPA and events, click here.