While airplanes have certainly undergone scores of innovations since the Wright brothers first unveiled their motor-operated aircraft in the early 1900s, the overall shape and design of planes has, more or less, stayed the same.

This past week, researchers in the Netherlands completed a successful maiden flight of the “Flying-V,” a futuristic and fuel-efficient airplane, financed by KLM Airlines, that is capable of carrying passengers in its wings.

Developed by Delft Technical College (TU Delft), the long-range airplane is reportedly 20 percent more fuel efficient than an Airbus A350, which is, arguably, one of the most fuel-efficient airplanes flying the skies these days.

The TU Delft Flying-V, which was first presented at the 100th anniversary of KLM in October 2019, is designed to accommodate 314 passengers in two classes, and everyone’s seats, luggage (including the plane’s petrol tanks) are literally built right into the wings. 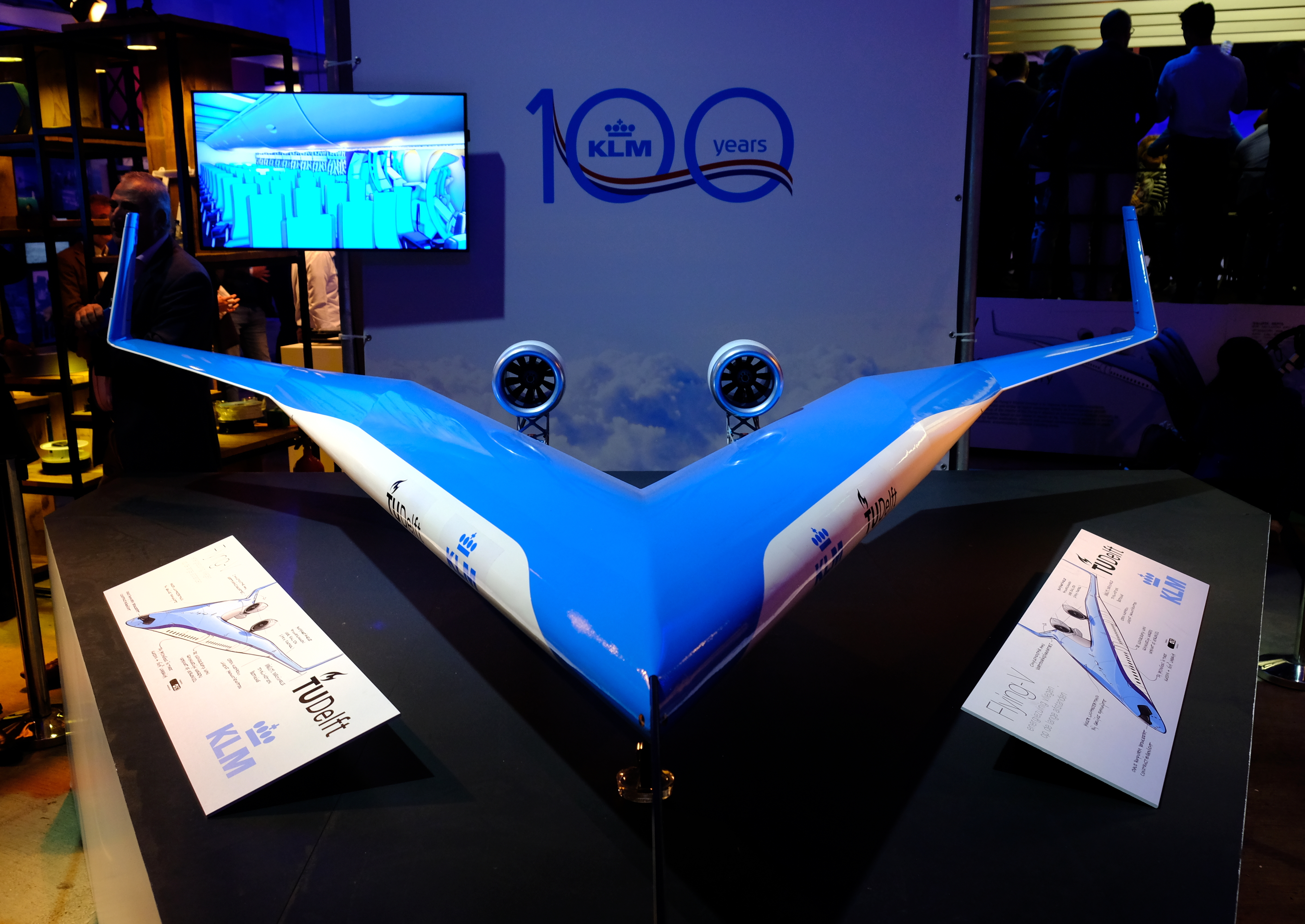 According to a statement, researchers flew a 22.5 kg and three-meter scale model of the airplane this past summer at a “well-guarded airbase” in Germany, testing the aircraft’s take-off and landing procedures, as well as its performance in the sky with team from Airbus.

The team behind the project called it a “successful maiden flight.”

“One of our worries was that the aircraft might have some difficulty lifting-off, since previous calculations had shown that ‘rotation’ could be an issue,” stated project leader Dr. Roelof Vos. “The team optimized the scaled flight model to prevent the issue but the proof of the pudding is in the eating. You need to fly to know for sure.”

Rotation on take-off was performed easily and occurred at a speed of 80 km/h, the team said.

The plane’s “thrust was also good” and “flight speeds and angles were as predicted.”

The research team is still working out some kinks, however, as they had to change the centre of gravity of the aircraft and fix the antenna to improve telemetry.

The flight has now also confirmed that the current design still shows too much ‘Dutch roll,' which caused a "slightly rough landing.”

Researchers plan to use the data collected from the maiden flight for an aerodynamic (software) model of the aircraft, which will make it possible to program it into a flight simulator, which can be used for future research.