It’s a fabulous sunny afternoon in downtown Toronto and everyone, for the first time in a while, seems to be in a good mood.

Bars along Queen Street West are filling up with green-clad revellers celebrating St. Patrick’s Day, there’s no snow on the ground, and the Canadian government, earlier that morning, on March 17, announced that pre-entry testing will end on April 1, giving fully vaccinated travellers, and travel pros, a reason to smile.

Positive vibes, which have been so few and far between during the pandemic, are in the air, and adding to the joy is a grinning Merren McArthur, president and CEO of Lynx Air, a Calgary-based “ultra-affordable” airline, who has joined her team at Toronto’s hip Drake Hotel to meet with media and announce new flights out of Toronto Pearson and Hamilton airports.

Lynx’s expansion in Ontario is a big deal given the mammoth size of the Greater Toronto area – the largest population centre in Canada – and it’s a market McArthur says has been “ripe for transformation for a while.”

“We think there’s a lot of people in southern Ontario who can’t afford to fly because of the fares,” McArthur tells PAX following a meet-and-greet lunch. “We want to make air travel accessible to those people.”

Starting in June, those living in or close to Toronto Pearson or John C. Munro Hamilton International Airport will have access to Lynx flights to six Canadian cities: Halifax, St. John's, Winnipeg, Calgary, Edmonton and Vancouver.

READ MORE: “We want to grow the market”: Lynx Air to expand in the Toronto region

By the end of July, the airline will be flying 92 flights per week in and out of the Toronto area, which is more than 17,000 seats per week, McArthur says. 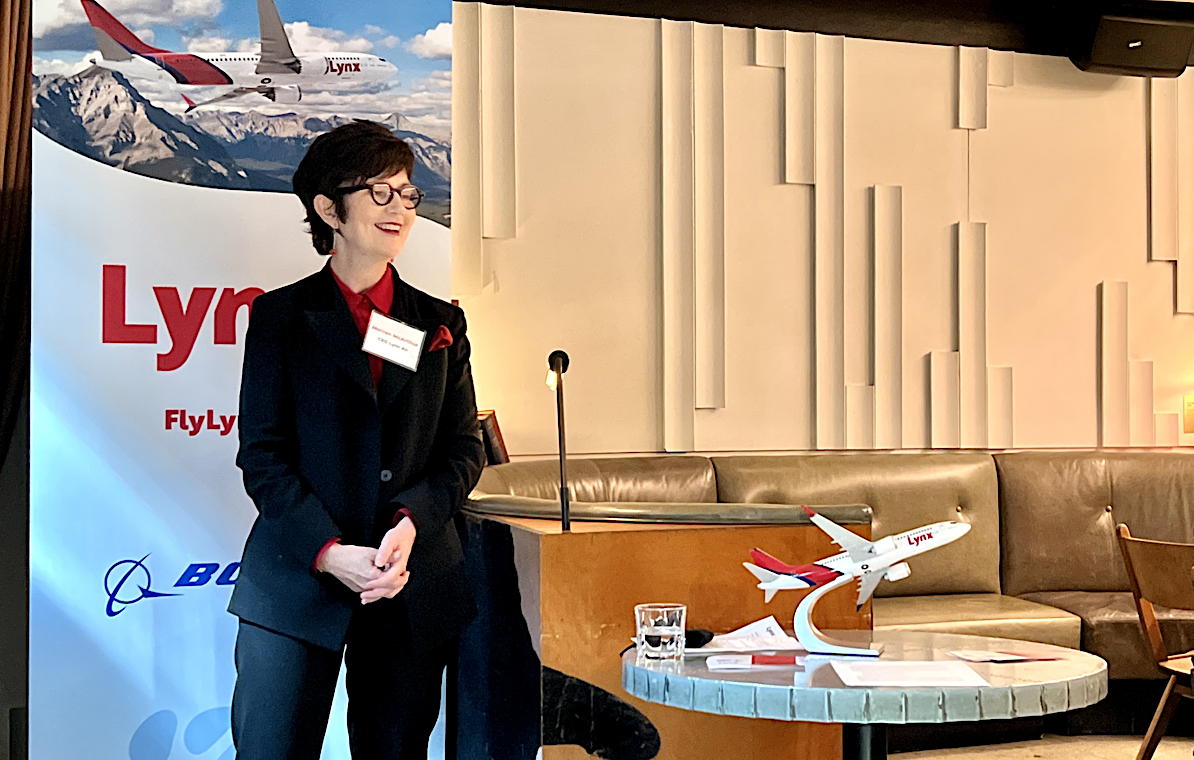 A one-way fare from Toronto to Calgary on July 1, for example, comes in a $99 (plus additional fees for seat selection and checked bags, which are outlined on Lynx’s website).

Looking at Toronto, Lynx, which was first announced in November 2021, found that fares were much higher than other cities, “and we felt there wasn’t as much low-cost representation,” McArthur says.

Canadian travellers, historically, have not been exposed to many low-cost options and may not fully understand the model.

In Europe, for example, just around 40 per cent of seats are associated with low-cost airlines, McArthur says.

“That’s where we see the opportunities.”

"We’re trying to grow the market"

The COVID-19 pandemic has accelerated the ambitions of Canadian airlines hoping to capture the loyalty of the leisure and family reunification markets, which are expected to be among the first to bounce back as confidence in travel returns.

The competition is heating up, too, as new players enter the ring and current ones expand their footprint with competitive fares and more connections.

The tone is expected to get fierce as Toronto-based Porter Airlines plans to widen its network of U.S. sun destinations to include Mexico and the Caribbean with the introduction of Embraer E195-E2 jets.

Edmonton-based low-cost carrier Flair Airlines is eyeing to expand its fleet to 30 planes by mid-2023, with a goal of reaching 50 aircraft in five years, and already operates in many domestic, U.S. and Mexico cities.

Adding to this is WestJet-owned, ultra-low-cost carrier Swoop, which is growing its fleet and, in January, enabled its flights to be sold with WestJet Vacations.

New-kid-on-the-block Canada Jetlines is set to take flight out of Toronto this July with service to popular spots like Florida and the Caribbean.

And then, of course, there’s the WestJet-Sunwing deal, which (pending regulatory approval), will boost WestJet’s reach to sun destinations and European cities while expanding its presence in Eastern Canada.

With all of this activity stirring in the background, Canadian aviation is in a cutthroat space, putting pressure on everyone – Lynx included – to go above and beyond with innovative ideas, technology and services.

“We know there are other players, but we think we’ll have a competition advantage,” she says. “We’re trying to grow the market, not trying to steal market share.”

A plan for when things go wrong

A significant investment in customer service is one of Lynx’s top priorities.

“We’ve invested in our redundancies so we can look after people when things go wrong,” McArthur says.

From flight delays to mechanical disruptions: “We’re going to make sure we look after customers and hopefully turn it into a good experience.”

This is how customer loyalty is earned, McArthur says. 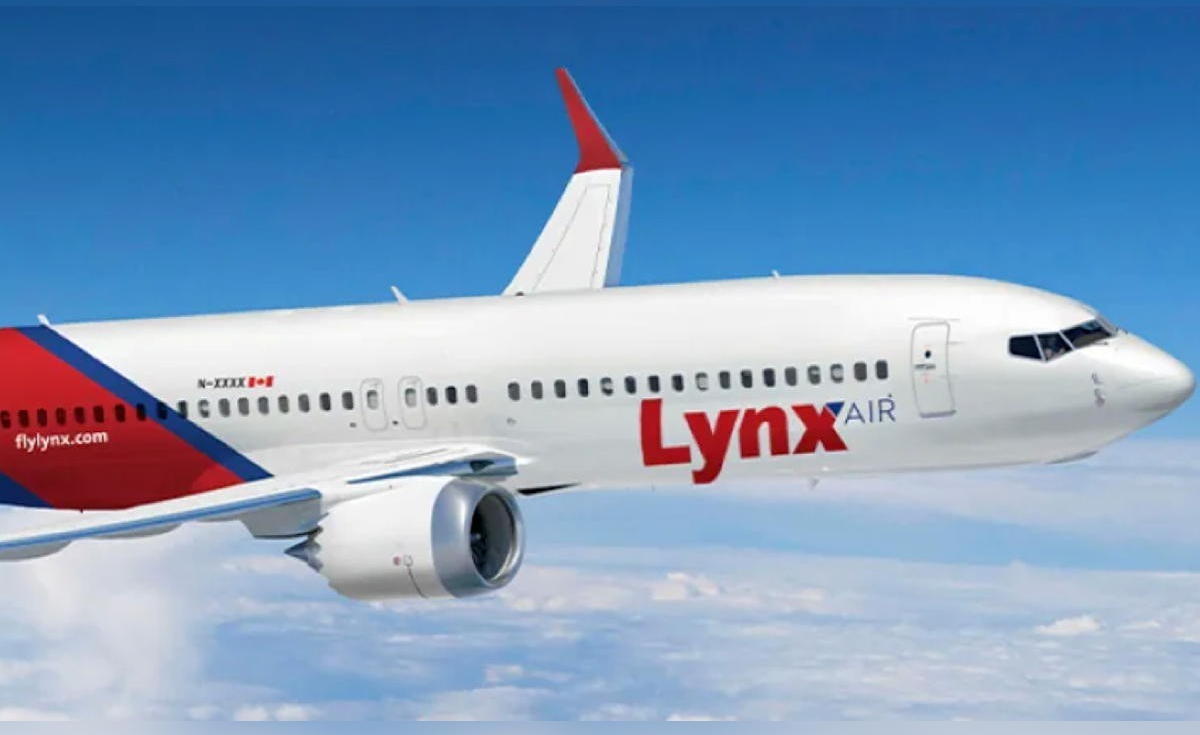 “It’s in the way you handle situations,” she says. “And that’s where word of mouth gets around as well. On social media, a bad experience is amplified. But a good experience can be amplified as well. That’s where part of our strategy is.”

Does this mean Lynx will open a 24-7 call centre?

“That whole space is in a transformation stage at the moment,” McArthur says. “Call centres are what people expect, but it’s not always great.”

The plan, McArthur says, is to offer customers multiple contact options – via phone, social media and website – but the real strategy is to invest in artificial intelligence (A.I.) solutions.

“I do believe we’re morphing more to automated products where you don’t have to sit on the phone for hours and hours, trying to get something fixed,” McArthur says. “Technology experiences can be great, but you have to invest in them. A bad technology experience is terrible, because you get so frustrated.”

Chat bots that “can only answer pre-written answers” fall into this category, and A.I. still has a long way to go, she says.

But as technology becomes more intelligent, it’s something Lynx will embrace, just as along as customers can easily connect to a human if, for instance, the inquiry becomes too complicated.

“Things can go wrong,” McArthur says. “But as long as it's dealt with well by the [the airline], through communication, listening and hearing people's concerns, then that can be turned into a good experience.”

The name “Lynx Air” also ties into the promise of offering good service.

Lynx cats don’t exactly fly, but they are uniquely-Canadian animals that are resourceful and efficient and they travel fast.

“We can relate to all of those attributes,” McArthur says.

Lynx’s inaugural flight takes to the skies on Thurs., April 7, 2022, from Calgary to Vancouver.

While the airline is still finessing its domestic offering, the plan, over time, is to expand transborder and then internationally, McArthur says.

Does that mean flights to Florida? Or islands in the Caribbean?

“Wherever we think is the greatest opportunity,” McArthur says, noting that an official decision hasn't been made just yet. “There are a lot of markets under review.”

Expanding outside of Canada adds complexity, she says – an issue that is relaxing as restrictions gradually disappear. But for now, Lynx is solely focused on getting its Canadian flights off the ground in time for summer.

“We want to make sure we get it right,” McArthur says.

Apparently, Lynx’s head of talent acquisition is quite tall, measuring six foot six in height. “He tested all the seats and was pleasantly surprised,” McArthur said.

The airline says it has orders and lease agreements in place for a total of 46 aircraft over the next seven years to meet anticipated demand.

There’s also a possibility that Lynx, one day, will find creative ways to work with travel advisors.

While that strategy isn’t developed yet (Lynx is consumer direct), McArthur acknowledges the importance of expanding its distribution capabilities.

“The travel industry is a key part of that for us,” she says, noting that whatever trade strategy is implemented, “we have to do it in a low-cost, strategic way that’s a win-win.”

Does that mean Lynx, one day, will offer vacation packages that travel advisors can sell and make commission on?

“Potentially, absolutely. Everything’s on the table,” McArthur says. “We’re innovative, we’re going to be looking at all sorts of things. Even things that people might say we shouldn’t be doing as a low-cost carrier because it doesn’t fit the rules.”

“I don’t believe there are any rules. It’s all about the customer and the best business proposition. If we can make it work, absolutely.”

What McArthur is most excited about these days is watching more Canadians travel again. The COVID-19 pandemic, she says, “has taught us what we really miss."

“I don’t think it’s going to be a pent-up spike [in demand]. I think people are going to say, “Wow, I really miss travel and I took it for granted before, so now I’m going to make the most of it,’” she says.

This attitude, she says, has "increased the value of travel," which puts Lynx in a good position to pounce.

“We really want to transform the aviation market here,” McArthur says. “I know it sounds like a grand ambition, but to see more Canadians travelling and see them respond positively to our product would be super exciting.”