Overwhelmed with operational issues and flight disruptions, London’s Heathrow Airport has asked airlines to stop selling any more tickets for travel this summer as it announces a cap on passengers allowed to fly from the airport.

Heathrow says it will limit its number of departing travellers at 100,000 a day this summer to prevent ongoing travel problems as it grapples with a fierce rebound in demand.

According to the Associated Press, airlines at Britain’s busiest airport have already responded to a government appeal to lower capacity, but Heathrow says that isn’t enough.

As Heathrow CEO John Holland-Kaye wrote in an open letter to passengers on Tuesday (July 12): “Some airlines have taken significant action, but others have not, and we believe that further action is needed now to ensure passengers have a safe and reliable journey.”

Holland-Kaye called the capacity cap a “difficult decision” that will come into effect from July 12 to Sept. 11.

“We recognize that this will mean some summer journeys will either be moved to another day, another airport or be cancelled and we apologize to those whose travel plans are affected,” Holland-Kaye wrote.

The airport CEO noted that forecasts indicated daily departing seats over the summer would average 104,000 – 4,000 above the cap. It’s believed that, on average, roughly 1,500 of those 4,000 daily seats had currently been sold to passengers.

The call to stop selling seats is aimed at limiting the impact on passengers, Holland-Kaye wrote.

This may include provisions for improving the system for delivering luggage, which, earlier the month, was photographed in a floor-covered pile in Heathrow's collection hall. 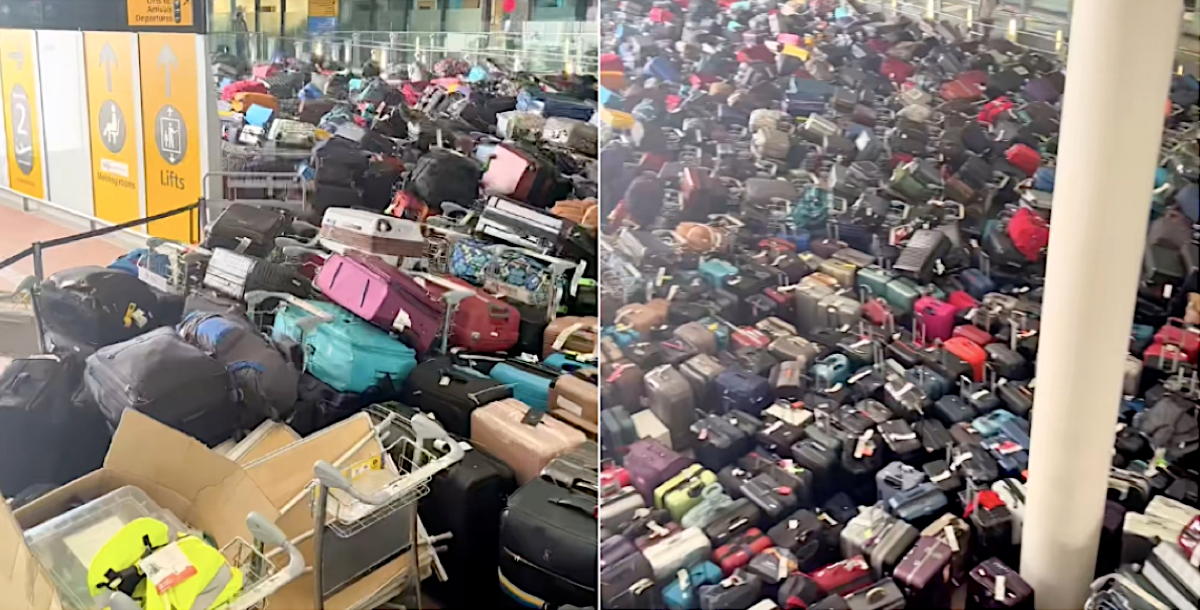 Lufthansa, which has cancelled thousands of departures from Frankfurt and Munich for the summer, has indicated that it might make more adjustments “for traffic peaks in August.”

“Lufthansa has thus made a noticeable contribution to relieving the airports, including London Heathrow,” a spokesperson told CNN Business.

High demand for summer travel after two years of COVID-related travel restrictions has been overwhelming airports around the world – in Canada, too, as it has been well documented – after the hard-hit aviation sector laid off thousands of pilots, cabin crew, check-in staff, ground crew and baggage handlers.

Heathrow, which launched a recruiting drive in November, says it expects security staffing to return to pre-pandemic levels by the end of July.

"However, there are some critical functions in the airport which are still significantly under-resourced, in particular ground handlers, who are contracted by airlines to provide check-in staff, load and unload bags and turnaround aircraft," making it a "significant constraint" to overall capacity, Holland-Kaye wrote.