Air Canada has announced that Calin Rovinescu, its President and Chief Executive Officer, will retire on Feb. 15th, 2021, following completion of Air Canada's current fiscal year, after leading the company for almost 12 years.

Deputy CEO and Chief Financial Officer, Michael Rousseau will succeed him upon his retirement.

"I have enjoyed a unique and very special relationship with Air Canada and our outstanding people for over three decades, on the front lines of many of the company's defining moments - the 1988-1989 privatization, the defence against a hostile bid for Air Canada in 1999, our merger with Canadian Airlines in 2000, the aftermath of 9-11, leading the 2003-2004 restructuring and many others. But, more than anything else in my career, I am especially proud of the company's transformation over the last dozen years during which we built Air Canada into one of the world's leading carriers and a global champion for Canada, winning international customer and employee awards, growing our global network to serve all six inhabited continents, creating thousands of jobs and protecting pensions, producing record financial results, strengthening our balance sheet dramatically, delivering significant shareholder value, and above all, developing a lasting, empowered and entrepreneurial culture for our airline. This is directly attributable to the efforts of the wonderful women and men of Air Canada who have supported this multi-year transformation with innovation, hard work and great devotion," said Mr. Rovinescu in a statement.

Rovinescu said that while COVID-19 has "decimated" the global airline industry, Air Canada entered the pandemic "much healthier than almost any other airline in the world."

"Our COVID-19 Mitigation and Recovery Plan is now nearly complete and the remaining steps will be put in place prior to year-end. We have raised around $6 billion of incremental liquidity. We continue to implement a series of significant fleet, capacity, network and workforce reductions that are required for the next several years before we rebuild from that smaller footprint. We have reduced our cost structure, our capital spending and our supplier arrangements for the next years," he said.

At the same time, he noted that Air Canada has completed the implementation of our a Reservation System and our acquisition of Aeroplan, which will be relaunching with new and improved features on Nov. 8.

Air Canada also recently revised its Acquisition Agreement for Transat AT, a move that has lowered the value of the deal to approximately C$190 million, down from C$720 million previously. 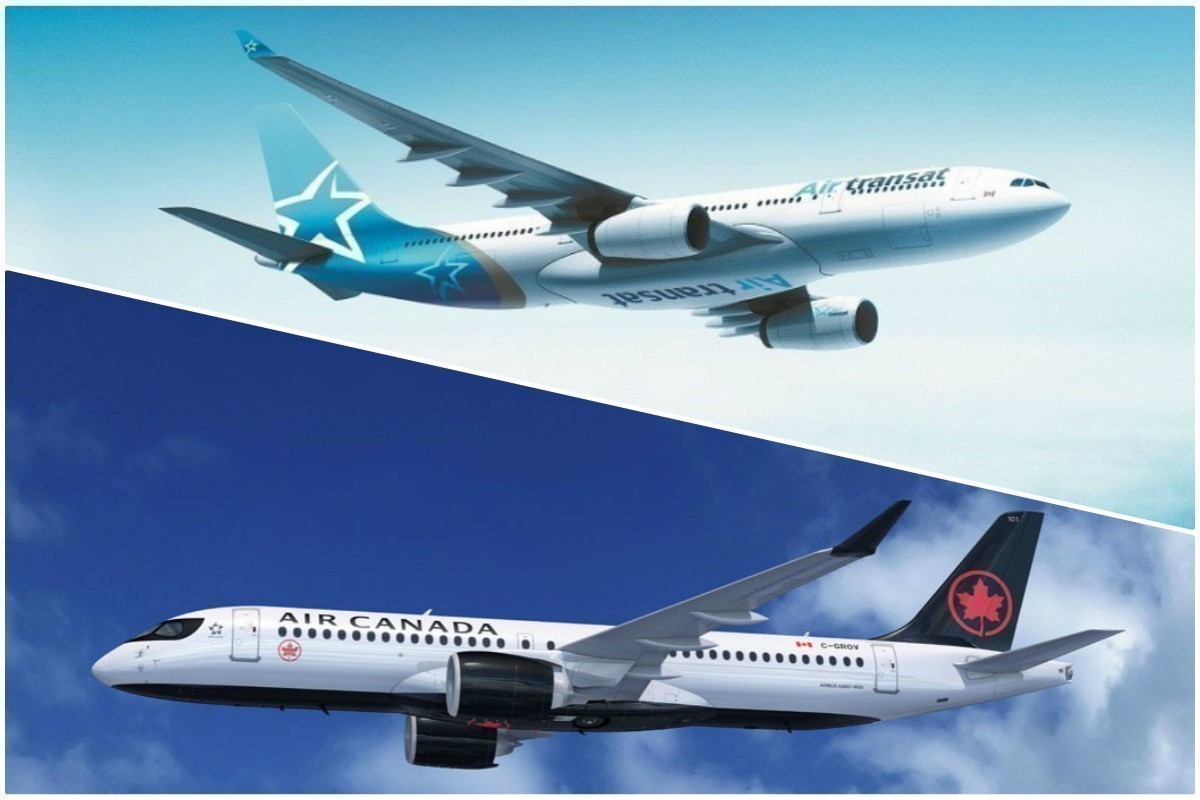 "Air Canada will be extremely well positioned for the recovery when borders reopen, travel restrictions are lifted and the broader economy is functioning again," said Mr. Rovinescu.

Michael Rousseau, who has spent the last two years as Air Canada's Deputy CEO, is set to take over Rovinescu's role.

"Mike Rousseau has been a key member of our leadership team since the beginning of our transformation, as well as an invaluable partner and sounding board for me on virtually all aspects of our journey over the last 12 years - and especially the last two as our Deputy CEO," said Mr. Rovinescu. "He knows all of our strengths and opportunities and how we can lean into them. I am truly delighted that the Board of Directors has endorsed Mike as my successor for this next stage and I look forward to working closely with Mike and the rest of our strong executive team through the transition next February."

In a release, Vagn Sorensen, Chair of the Board of Directors of Air Canada, thanked Rovinescu's for his "incredible contribution" to Air Canada.

"Calin's record in successfully transforming Air Canada into a sustainable, global aviation industry leader is directly attributable to his strategic leadership and unflappable courage to make difficult and innovative decisions, always keeping the best interest of all stakeholders, including shareholders, employees, customers and partners, at the forefront," said Sorensen.

A timeline of accomplishments

Mr. Rovinescu has served as President and Chief Executive Officer of Air Canada since April 1, 2009, having previously served as its Executive Vice President, Corporate Development & Strategy and as its Chief Restructuring Officer.

He was Chair of the Star Alliance Chief Executive Board from 2012-2016 and served as Chair of the Board of Governors of the International Air Transport Association in 2014-2015. 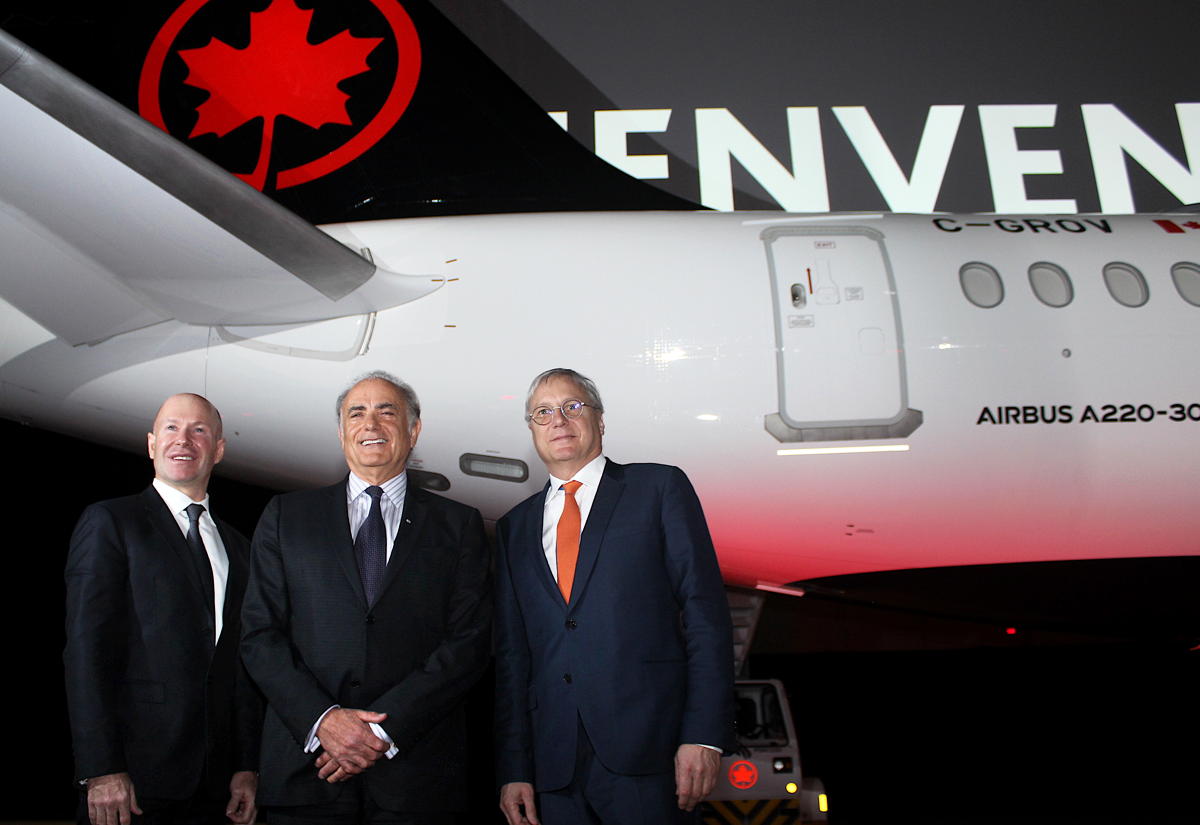 In 2019, Rovinescu was recognized as Strategist of the Year and as Canada's Outstanding CEO of the Year for the second time by The Globe and Mail's Report on Business magazine.

In 2016, he was recognized as Canada's Outstanding CEO of the Year by the Financial Post Magazine, Canada's preeminent recognition for chief executives.

Among several airline industry recognitions, he was awarded the Executive Leadership Award at the 2018 Airline Strategy Awards in London, England.

In 2018, Rovinescu was appointed a member of the Order of Canada for promoting the associated charitable causes and organizations of Canada's largest airline, and for his leadership in spearheading humanitarian relief following several natural disasters.

In 2019 it was announced that he would be inducted into the Canadian Business Hall of Fame.

He played an instrumental role in Air Canada's transformation, notably by leading the charge on strengthening the balance sheet, building significant shareholder value and the complete turnaround and stabilization of Air Canada's pension plans.

Prior to joining Air Canada, Mr. Rousseau was President of Hudson's Bay Company (HBC) and before that, Executive Vice President and Chief Financial Officer of HBC. Mr. Rousseau is a Fellow Chartered Accountant and graduated from York University's Schulich School of Business with a Business Administration degree.

He was named Canada's CFO of the year in 2017 and holds the prestigious FCA and FCPA designations conferred by CPA Ontario in recognition of his professional achievements.