Behind the briefcase: a look at Canada’s business travellers

They represent a range of industries, they travel to numerous destinations and ironically, they can most likely be found flying in economy class: they’re Canada’s business travellers – and business travel is booming!

According to Statistics Canada’s National Travel Survey, in the third quarter of 2018, Canadians reported that business-related trips – 16.2 million – were the third most commonly-cited reason for travelling within Canada, with these travellers spending approximately $2.8 billion.

However, according to the results of Ipsos Reid’s 2018 Canadian Business Traveller Survey, that latter figure is increasing.

The survey, conducted among business travellers who took a minimum of six round-trip flights for business in 2018, international business travel from Canada increased the most on trips to Europe, Asia and other global destinations, growing by five percentage points over 2017.

Where are they heading?

Patrick Doyle, vice-president and general manager for Canada at American Express GBT, tells PAX that in 2019, Canadian business travellers likely hail from one of four main industries requiring travel of their employees: financial services; consulting; energy and resources; and computers/software/AI.

With each industry having its related routes and hubs – such as the energy sector’s predominantly Western Canada-based presence – the list of top business destinations is likely unsurprising.

Within Canada, Doyle says the cities of ‘The Triangle’ – namely Toronto, Montreal and Ottawa – remain popular, as do Calgary, Vancouver and Winnipeg, while across the U.S. border, New York City, San Francisco and Las Vegas are the top draws.

Internationally, Canada’s business travellers, many of them within the financial services industry, are flying to centres such as London, Paris, Hong Kong and Santiago, he adds.

How are they getting there?

Doyle explains that when it comes to air travel for business, a combination of cost, company policy and trip duration will determine how these travellers get from point A to B.

As such, most business travellers flying domestically or transborder aren’t flying business class, with most companies booking economy fare for employees.

Most business class travel these days is taking place on international flights, he says, representing approximately 50 per cent of business trips on international routes and with notable growth in the premium economy segment on airlines where the product is available.

“If you’re flying from Toronto to Vancouver, it’s more likely that their company policy will allow for at least some business class travel,” Doyle says, “but for the most part, the majority of domestic business travel takes place in economy.”

Travel costs on the grow

While business travel costs vary between industries and depend on the size of an individual company, Doyle says that Canada’s expanding economy – expected to grow by two per cent this year – will prompt more companies to travel in order to grow their business both at home and abroad. 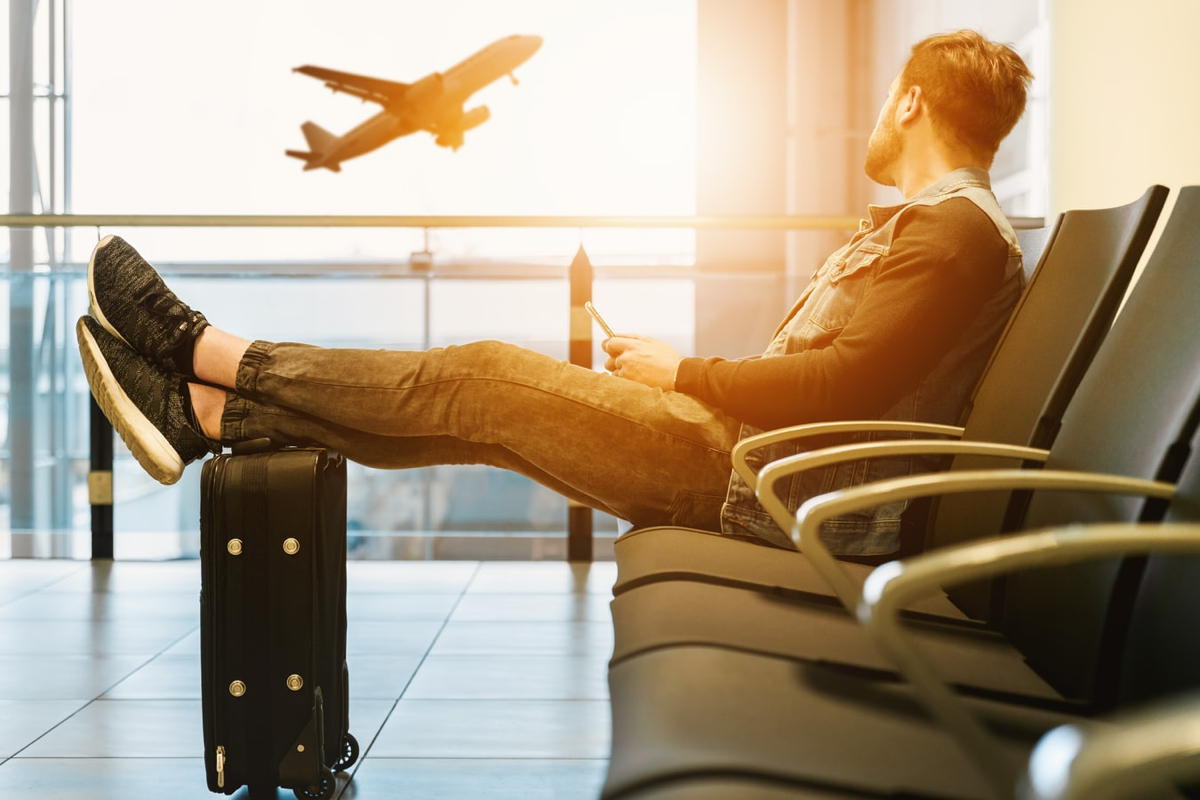 In addition, he tells PAX that airfare prices are expected to increase this year, especially on business class flights: according to American Express GBT’s Air Monitor 2019 report, these flights will increase in price by 6.6 percent on domestic/transborder services, while on international routes, increases of 6.2 per cent and 5.3 per cent can be expected for flights to Europe and Africa respectively.

However, he adds that within North America, some economy routes could see a drop in price due to factors such as excess capacity generated by LCCs and Air Canada’s active promotion of its basic economy product.

The joint-venture between WestJet and Delta, slated to go live in 2019, could also help sustain the price level on transborder business class flights, he added.

Business Class cabins with 2-2 seat configuration are offered on flights in North America and to and from the Caribbean and Central America; in addition, Air Canada Signature Class cabin, featuring Executive or Classic pods (converting to lie-flat beds) is available on international flights and select North American routes.

The Signature Class also offers guests a menu created by Chef David Hawksworth, a selection of wine chosen by Air Canada's sommelier Véronique Rivest and a South Asian menu by Chef Vikram Vij on flights to New Delhi and Mumbai.

Two programs for businesses depending on size – Air Canada for Business and Air Canada for Corporate – are also available for companies, along with Air Canada Flight Pass for Business: prepaid packages of 30, 60, 100 and 200 credits which can be shared by multiple employees for travel in Flex, Latitude and Business Class (domestic, transborder and international flights).

Operating in eastern North America from its home at Billy Bishop Toronto City Airport, Porter connects a number of Canadian and U.S. business centres including ‘The Triangle’ of Toronto, Ottawa and Montreal, plus New York and Chicago.

In addition to Porter’s own route network, business travellers heading to the U.S. can also connect with JetBlue in Boston and Newark to another 28 U.S. cities, including business hubs such as Atlanta, Dallas, Los Angeles and Seattle.

While the airline’s fleet of Bombardier Q400s don’t offer a separate business class cabin, two seating upgrades – Premium and Premium PLUS – are available on all flights, situated near the front of the plane.

Evolving from its early days as a low-cost alternative to other Canadian carriers, WestJet has made business travel a key focus in recent years.

This article first appeared in the June 2019 print edition of PAX magazine. Click here to view the issue.