The Canada Border Services Agency (CBSA) says it plans to expand its latest ArriveCAN upgrade to other airports around the country.

In an effort to modernize and speed up the travel experience, the CBSA now provides travellers the option to submit their customs and immigration declaration up to 72 hours in advance of their arrival in Canada through ArriveCAN.

The Advance CBSA Declaration feature (which is optional) is currently available for international travellers arriving at Toronto Pearson, Montreal-Trudeau, and Vancouver international airports.

In the "coming months," the feature will also become available to those arriving at Winnipeg, Halifax, Calgary, Edmonton, Billy Bishop Toronto City, Ottawa and Quebec City international airports, the Government of Canada announced on Wednesday (Aug. 3).

By submitting customs and immigration information in advance, travellers will spend less time at primary inspection kiosks (PIK) or eGates when they arrive at the airport, “resulting in shorter line-ups in arrivals halls,” the government said.

Toronto Pearson airport (YYZ), for one, has now officially opened eGates for customs and immigration declaration at Terminal 1.

The airport had begun testing the new technology in June in response to rapidly rising passenger traffic in the facility.

CBSA says eGates give international travellers “another option to present their customs and immigration declaration, whether the declaration was made using the Advance CBSA Declaration feature in ArriveCAN or directly on the device.” 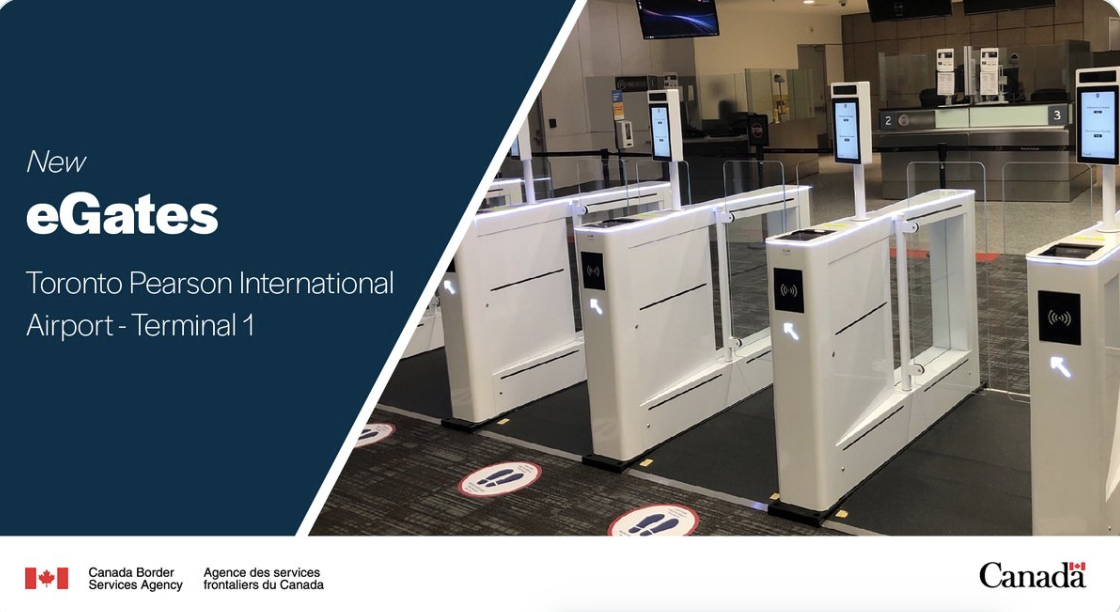 eGates are the same as the electronic kiosks and the CBSA says there are no different regulatory requirements needed between them and the PIKs (Primary Inspection Kiosks).

The main difference is that kiosks can process groups of up to five people, whereas eGates are designed for one traveller at a time, Global News reports.

All 12 eGates at Pearson’s Terminal 1 have dedicated lanes and are reserved for those that are aged 16 and older.

Travellers that submit their Advance CBSA Declaration through ArriveCAN are now able to review, edit, certify and submit it at eGates, which are expected  to be added at Terminal 3 within a year.

Early usage data from Toronto Pearson and Vancouver airports indicates that using the optional Advance CBSA Declaration on ArriveCAN cuts the amount of time a traveller spends at a kiosk by roughly one third, according to the federal government.

“With the thousands of travellers arriving in Vancouver, Toronto and Montreal airports each day, the use of the optional Advance CBSA Declaration has the potential to save hours in wait time,” the government says.

The Advance CBSA Declaration is part of the agency’s “Traveller Modernization” initiative, which is being rolled out over the coming years.

It includes the introduction of digital technologies and tools for both travellers and border services officers with an emphasis on touchless, faster border processing.

For a government detailer on Advance CBSA Declaration within ArriveCAN, click here.

The ArriveCAN app itself, however, remains a mandatory requirement for all individuals entering Canada.

The smartphone and desktop-based application that requires travellers to report their trips, vaccination status and health conditions before entering Canada was first introduced in April of 2020. 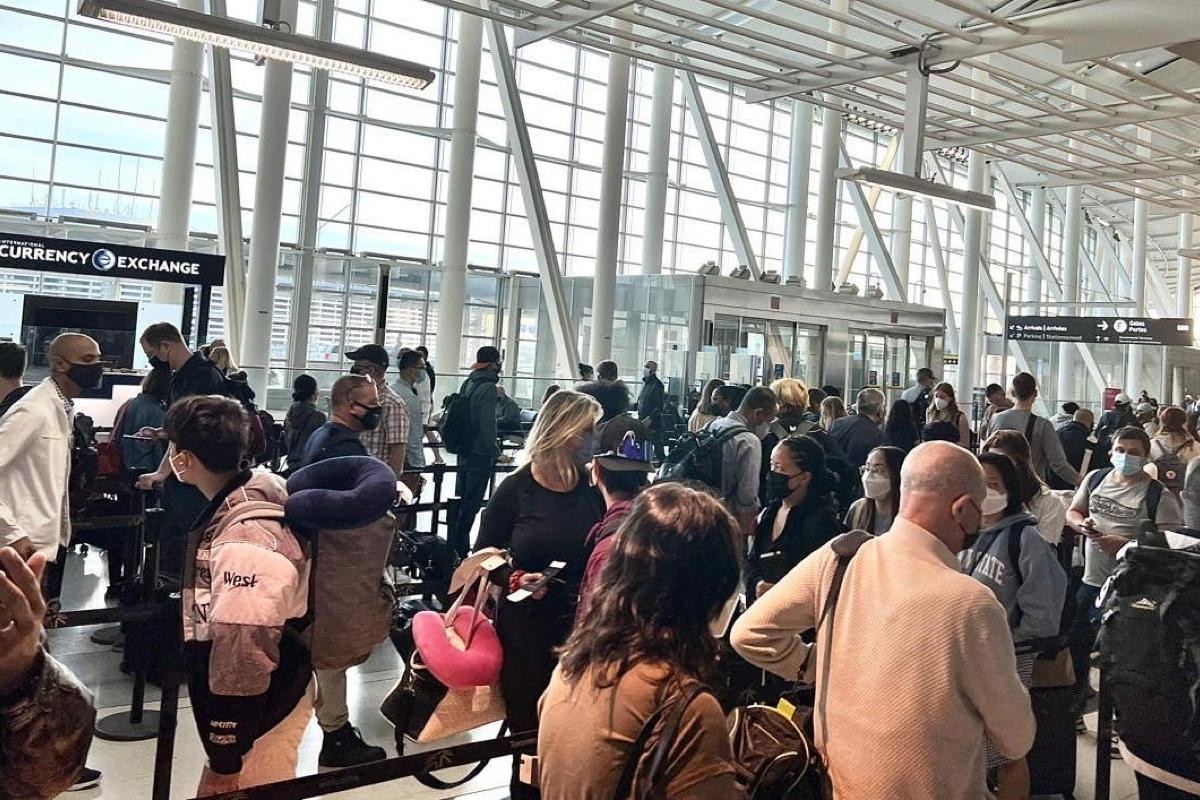 More than two years later, the app’s purpose, at this stage of the COVID-19 pandemic, faces widespread criticism as travellers, border mayors, small businesses and travel industry advocates make a case for scrapping the app altogether.

Some have argued that ArriveCAN is hurting cross-border tourism communities, while others say it’s difficult to use (there are seniors, for example, who may not know what an app is).

And as COVID-19 vaccination rates in Canada rank high and as Ottawa eases travel restrictions, the consequences for failing to fill out the app’s myriad of questions seem unreasonably harsh.

The government says if you attempt to enter Canada without completing ArriveCAN, you could be forced into quarantine for 14 days or fined $5,000. Even if you're fully vaccinated.

The Association of Canadian Travel Agencies (ACTA) has previously suggested that ArriveCAN will likely stay active for some time.

“What we’re hearing is that the government loves ArriveCAN and that they may not get rid of it whatsoever,” said Avery Campbell, ACTA’s director of advocacy and industry relations, at a virtual town hall event on June 20.