New details have emerged about the federal government’s new requirement that all international passengers coming to Canada have a negative PCR test result 72 hours prior to arrival.

Anyone arriving in Canada, starting Jan. 7 at 12:01 a.m., will now need to have a negative COVID-19 test before boarding and also may have to quarantine in a federal facility if they don’t have isolation plans in place, the federal government says.

Canada’s Minister of Transport Marc Garneau stated that all air passengers five years of age or older will be required to test negative for COVID-19 before travelling from another country to Canada.

This implementation date provides all airlines, both foreign and domestic, "adequate time" to comply with the new requirements, the government said in a statement issued late Thursday afternoon (Dec. 31).

Documentation of a negative laboratory test result must be presented to the airline prior to boarding a flight to Canada.

The test must be performed using a COVID-19 molecular polymerase chain reaction (or PCR) test and must be taken within 72 hours prior to the traveller’s scheduled departure to Canada.

PCR testing is a method that detects if someone currently has COVID-19. It requires a sample from a person, which is typically collected by using a swab inserted into a person’s nose or throat.

“Our government remains committed to protecting the health and safety of Canadians,” stated Minister Garneau. “These new measures will provide another layer of protection for Canadians as we continue to assess public health risks and work to limit the spread of COVID-19 in Canada.”

Anyone who receives a negative test result and is authorized to enter Canada must still complete the full, mandatory 14-day quarantine, the government confirmed.

“Since the emergence of COVID-19, we have had in place strong measures to prevent the importation of COVID-19 cases...We can all work together to save lives. Stay in Canada and follow public health guidelines to protect yourself, your loved ones, and your community,” stated Minister of Health Patty Hajdu.

The Canadian government has advised Canadians who are currently travelling and returning to Canada soon to start “immediately arranging for a COVID-19 test, to avoid a delay in their return to Canada.”

Canadians that are planning to travel abroad “should consider how they will meet these requirements before departure," the government said.

The new testing requirement will only apply for air travellers, but Bloc Quebecois Leader Yves-Francois Blanchet has reportedly argued that it should apply at all ports of entry.

Travellers to Canada must also now use the ArriveCAN App or website and provide accurate contact information and their mandatory 14-day quarantine plan on or before entry.

The Canadian government says that violating any instructions provided when you enter Canada is an offence under the Quarantine Act and could lead to up to six months in prison and/or $750,000 in fines.

What if you can't get a test?

There are two potential outcomes for passengers that cannot obtain PCR tests prior to their departure.

In an interview CBC News, Minister Garneau said that travellers that do not have a test result, when there are clinics available, "will have to reschedule their departure because they won't be allowed on board," he said.

"If, on the other hand, they can demonstrate...that there was no facility, then they can be admitted onboard," said Garneau.

As such, travellers that can prove that they were unable to get a test abroad will have to quarantine at a federally-approved facility upon their return to Canada for 14 days, Garneau told CBC. 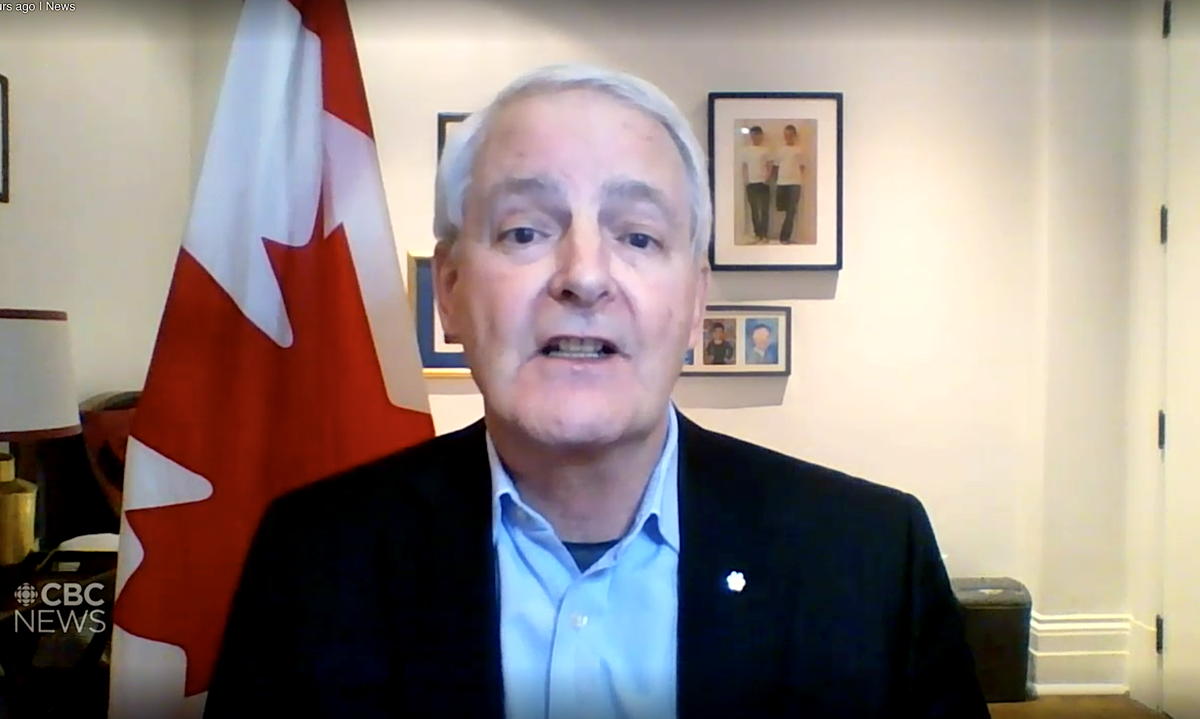 Garneau said the new testing measures were introduced in response to the new variant of COVID-19 that was recently discovered in the U.K.

The information, which will change the way Canadians travel abroad, was met with confusion due to the lack of details provided, and everything seemed to raise more questions than answers.

"At a broader level, the announcement only addresses one element of the path forward – the utilization of testing to help further protect public health," said McNaney on Dec. 30. "We strongly believe it must also be utilized in conjunction with measures to reduce quarantine levels, as is being done in countries all around the world."

That same day, Canada's major airlines were also tasked with fielding customer questions on Twitter, and judging by the responses, they, too, were also left in the dark about how the new rules would work.

"We know that this announcement is causing a great deal of concern for our passengers who are at destination or travelling in the coming weeks and we are sorry for this," wrote Air Transat on its Twitter account. "We are working hard to confirm all the details of this new measure, including its implementation date."

Air Canada also spoke up, tweeting that "No details were provided but at this time there is no change to entry requirements, which can be found at http://travel.gc.ca & http://aircanada.com."

A Twitter user named "@motorbikemike2" asked WestJet if the new testing requirements would apply to the Alberta pilot project, which aims to reduce quarantine times by offering travellers COVID-19 tests at entry points, such as Calgary International Airport.

"WestJet was neither informed nor consulted regarding changes to Canadian entrance requirements, and we are eagerly awaiting further details from the Government of Canada on COVID PCR testing," WestJet replied Thursday morning.

Ottawa's latest statement did not clarify how the Alberta pilot project would play into the new testing requirements.