Rossen Dimitrov, chief operating officer for Air Italy, says people are still confusing the brand new airline with Alitalia—so much so, that he’s  received emails from customers who intended to fly with Air Italy, but accidentally booked themselves on an Alitalia flight.

Founded in February 2018, Air Italy, as Dimitrov puts it, is a bit like “the new kid on the block”, compared to Alitalia, founded in 1999, but the name is gaining traction here in the Canadian market.

Several airlines, including Alitalia, Air Canada, and Air Transat have been connecting Canadians to various destinations in Italy for years, but with its personal touch, and strong commitment to hospitality, the Air Italy name is catching on quickly.

“People aren’t quite sure who we are, what we do, and what we’re all about, but people are getting to know us, and those who have flown with us say that the service is really good,” Dimitrov told PAX.

The new route is the third new service planned for 2019 after the launch of new flights from Milan Malpensa to Los Angeles and San Francisco on April 3rd and April 10th respectively.

In total, Air Italy has 13 aircraft in its fleet, and will expand again next year to incorporate more wide-body aircraft, served with the Airbus 330. Air Italy also has a fleet of Boeing MAX 8, but those planes will remain grounded until they’re cleared to fly once more.

Air Italy offers 21 destinations to and from Milan Malpensa Hub and Olbia airport within Italy, and will to offer seasonal service to the Maldives, Mombasa, and Zanzibar for winter

Canadians, and even Italians, have been mixing up Air Italy with Alitalia, often creating strange hybrid combinations of the two, like Air Italia.

“They’ve known the Alitalia brand for so long that they’re still seeing the two airlines as the same thing,” Dimitrov explained.

In order to distinguish itself as a newer competitor in the marketplace, Air Italy has introduced a series of special offers for Canadian travellers, including a 2 for 1 Business Class deal, which lets two travellers fly Business Class for the price of one, meaning a couple could go to Italy first-class for less than $2,000.

"In addition to that, we also launched one for Economy travellers, where the second person pays 20 per cent less than the regular Economy fare," Bronzetti said. "We're doing it because we want people to try both our Business and Economy classes. Our Economy class is comparable to Premium Economy on other airlines, which means it's a full product; you get your individual entertainment system, hot food, and little extras, like pizza and gelato in-flight." 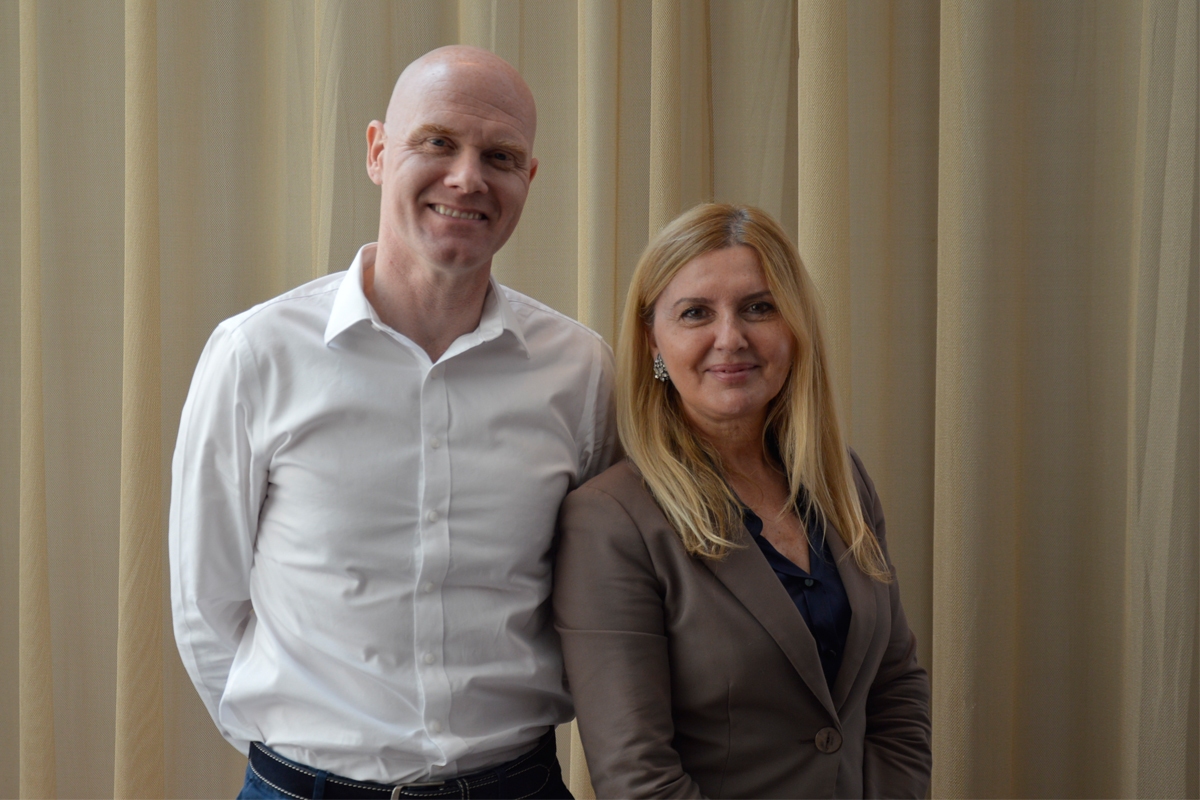 “It’s a great deal, and you can’t beat that anywhere,” Dimitrov enthused. “We wanted to give Canadians the opportunity to experience our Business Class product, and it’s great for companions or family.”

Though many Canadian airlines  offer vacation packages to Italy, Dmitrov is adamant that Canadian travellers give Air Italy a try, to see the difference for themselves.

“We believe in giving people their own freedom, and not necessarily locking them into a package that comes with the airfare,” Dimitrov said. “Many customers who choose packages tell me that while they may have liked the airline, they don’t always like the hotel, so we want them to be able to create their own holiday.”

Inclusive to the core

Another way Air Italy is making a name for itself is through the introduction of its non-binary gender options, now available for travellers when they are booking their tickets.

Customers now have three choices when selecting a ticket: male, female, or other. Non-binary is a term used to identify individuals who identify as neither male, nor female. While Canada currently allows travellers to select the option “X” for other on their passport applications, Air Italy is the first airline in Europe to introduce the option during the booking process.

“Our slogan is ‘Imagine the world differently,’ and we look at everybody as a person; a human being,” Dimitrov said. “In the future, I think this is something we’ll see more, and we as an airline love to support diversity, freedom, and options for everyone.”

“In Canada, we’re lucky to have total freedom; people can decide who they want to be and society doesn’t decide for them,” Dimitrov explained. “This is why we happily teamed up with Pride Canada, Pride Milano, and Pride Sofia in Bulgaria, which, although part of the EU, does not recognize or protect the LGBTQ2+ community; it’s a community that doesn’t exist for them. It’s strange to think that even in the EU, and even though it’s 2019, there are actually countries in the EU that don’t offer all individuals the same rights and freedoms.”

He continued: “I’d love to see Canadian organizations contribute more, and visit places where people don’t enjoy such rights, and go be the voice for the people who don’t enjoy those rights. I expect more from organizations on the ground here; it’s not just about saying you’re pro-LGBTQ2+, it’s what you do for those who don’t have the same rights and benefits. If you’re an organization that prides themselves on equality and human rights, then you need to actually do the work.”

Air Italy was in attendance at Toronto's Pride parade, which took place last Sunday (June 23). The airline was a Gold Sponsor of the parade.

"It was an amazing opportunity to showcase our brand in front of hundreds of thousands of people, and the response to our presence was fantastic," said Brian Ashby, marketing and corporate communications director, Air Italy. "It was very refreshing to see that the parade was a very family-focused event, and there was, overall, great diversity, engagement, and interest." 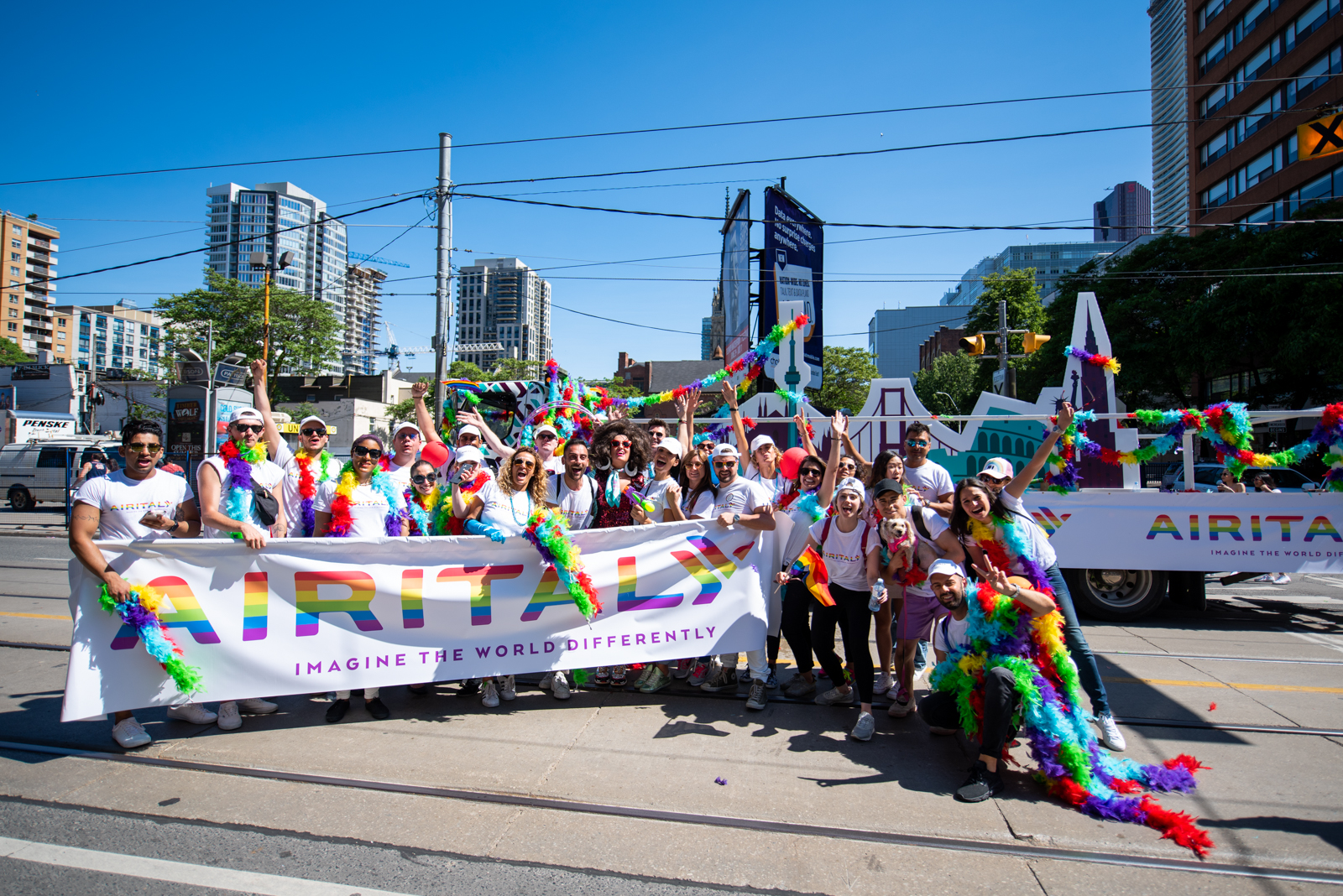 Attending annual pride parades is one thing, but if organizations truly want to encourage LGBTQ2+-friendly travel and tourism, the best way, according to Dimitrov, is to lobby to governments and businesses who deal with the destinations.

“It’s 2019 and we’re still talking about high levels of discrimination and abuse, and it’s truly sad,” Dimitrov said. “Even my father, who is a hardcore, older generation European, who you wouldn’t think would be an open-minded person, understands that we’re living in a very different age. Nothing stops a government from providing freedom to its people and letting them live their lives, because they stand to lose an entire generation, who is chased away by outdated ways of thinking.”

Air Italy has partnered with Bulgaria’s local airline, Bulgaria Air, in order to offer connecting service from Air Italy’s Toronto to Milan flight, for travellers wishing to explore Bulgaria, too.

Air Italy also hinted that winter specials for the Christmas season will be announced later this year.

For North American support, travel agents can contact Rosa Cano, key account manager, Air Italy, via email at rosa.cano@airitaly.com or by telephone at 1-800-734-1181. Rosa is based here in Toronto, Canada.