Air France marked its 70 years of operations in Canada by holding a virtual event on Thursday (Oct. 15) attended by customers, members of its sales network, partners, suppliers and employees. 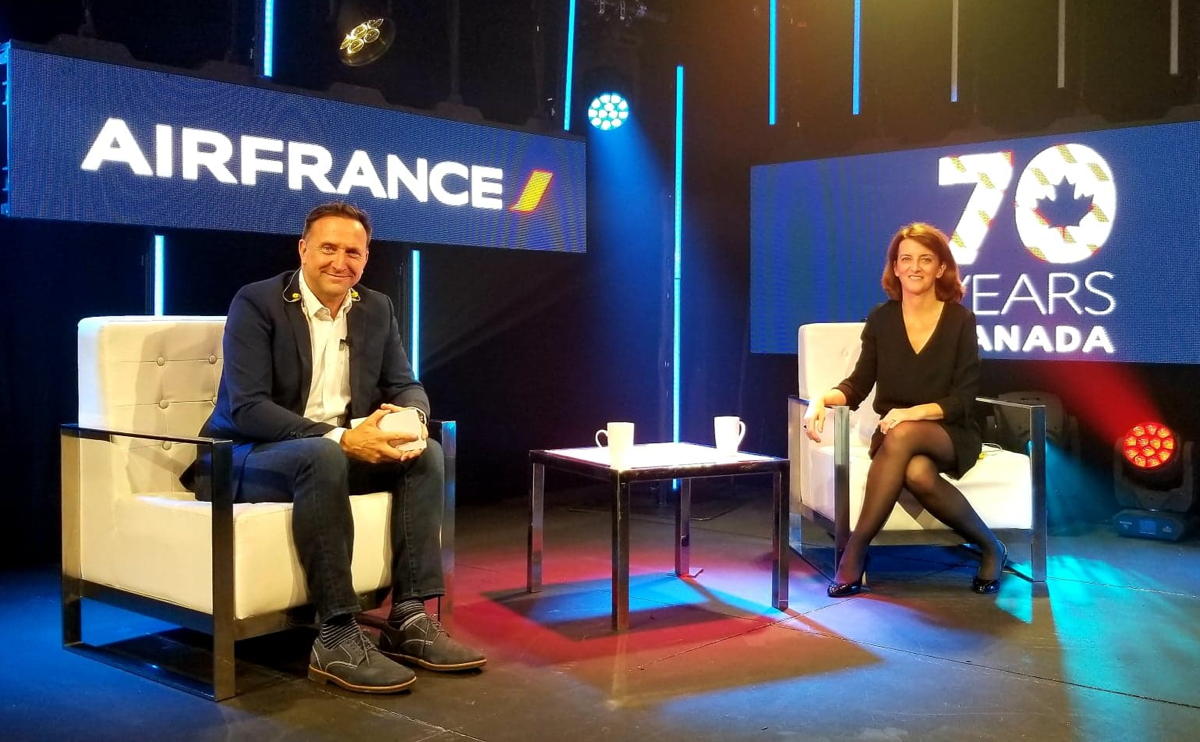 “Despite the circumstances, it mattered to us that we mark this milestone moment in our history and thank everyone who contributes, in their own way, to the history of Air France Canada,” said Guillemart-Dias. "Being by our customers’ side, providing reassurance, and working with our trade network – this is what we do with passion and engagement at Air-France KLM, along with our sales colleagues at Delta, which has proven to be key in the current context."

Air France was, notably, the only European carrier to maintain flights out of Toronto and Montreal during the peak of the coronavirus crisis in March and April.

Guillemart-Dias, who was appointed to her role in July, called the COVID-19 pandemic a "crisis [that] is by far the hardest for the full industry and for the airline," comparing the pandemic to past challenges the travel industry has faced. 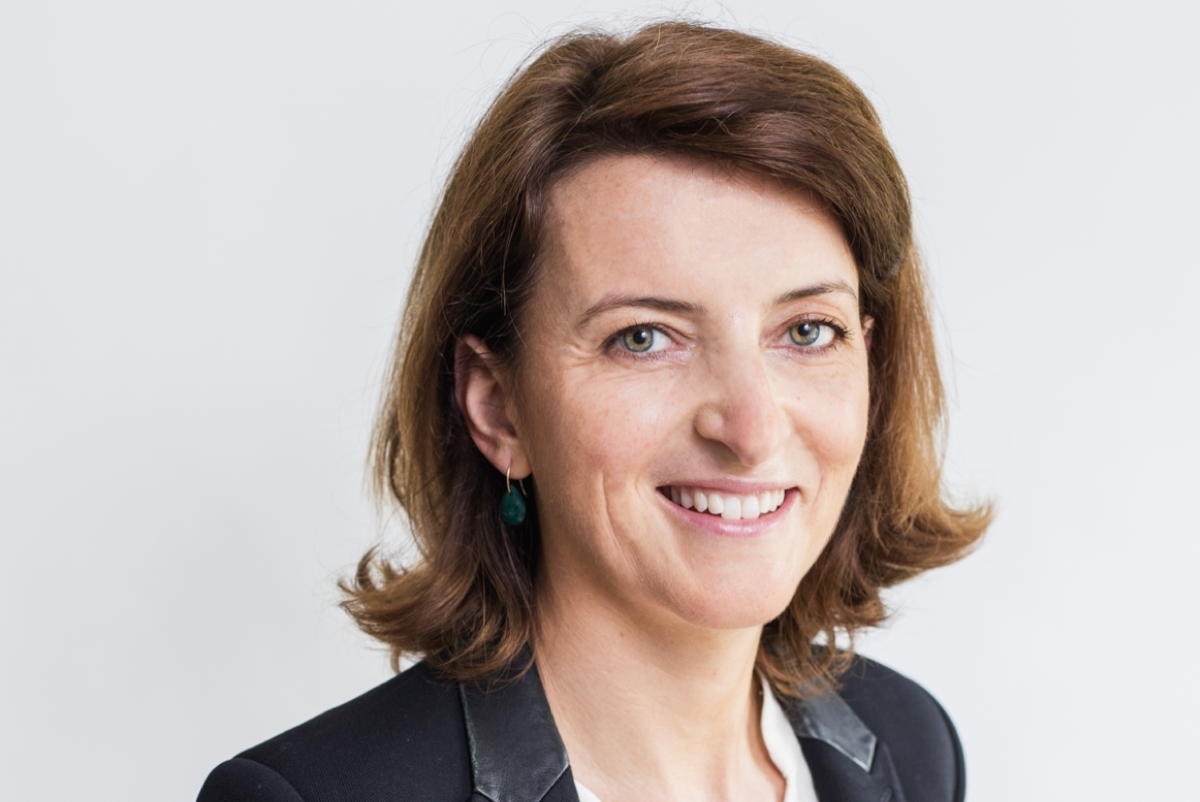 She stressed the importance of adapting to the circumstances through the introduction of health and safety measures that cover "every step of the customer journey."

She also specifically thanked the travel advisors in Canada who have looked after Air France-KLM's customers since March when the pandemic set in, noting how there are currently 700 agents overseeing refunds, credits and vouchers for the carriers.

The virtual gathering was held in accordance with prevailing health and safety rules, making it possible for the hosts to be joined by the Ambassador of France to Canada, Kareen Rispal, who underscored the importance of the economic and strategies ties France and Canada share, and Philippe Rainville, President and CEO of Aéroports de Montréal, who talked about the recent evolution of Montreal’s airport. 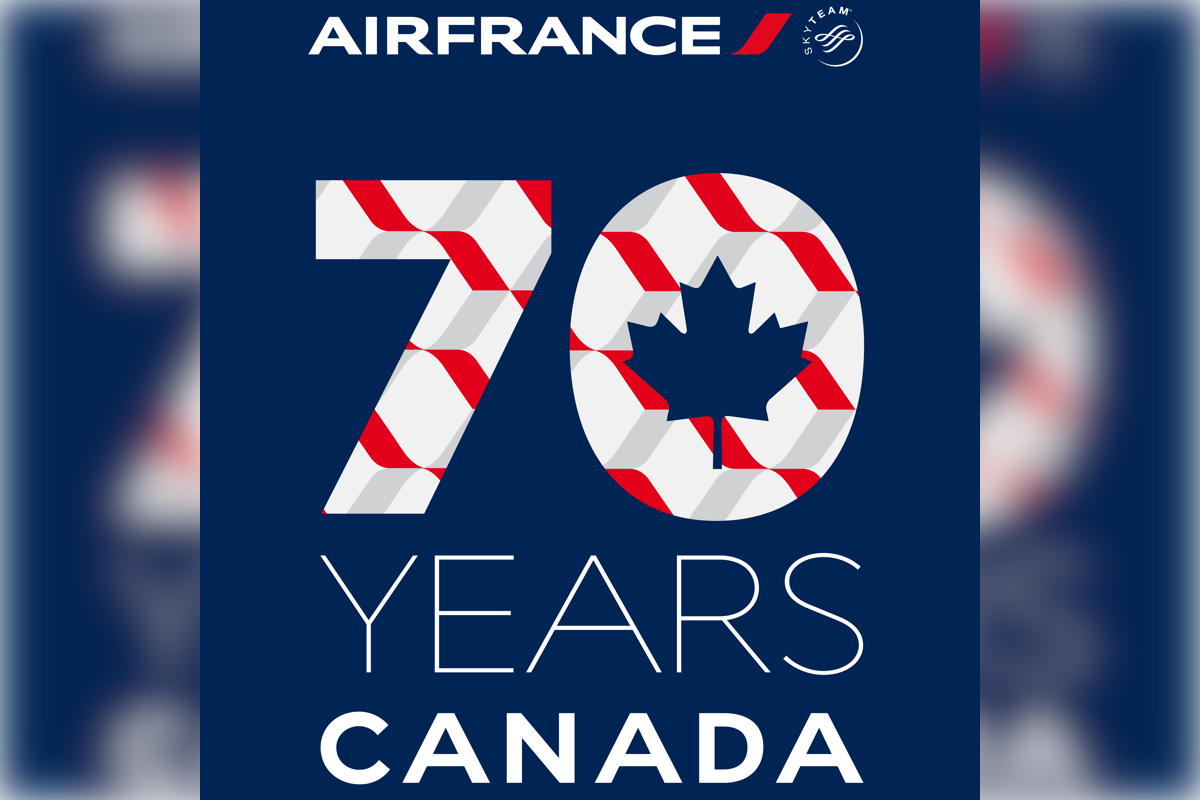 Also featured in the presentation were archival images and footage that offered throwbacks to classic technologies (rotary dial phones at desks and retro cabin features, to name a few) and blast-from-the-past fashions.

"A big thank you to our customers for supporting us over these 70 years.  I took Air France for the first time from Montreal-Mirabel to Paris over 30 years ago and I remember every moment of it," said Ben Smith, CEO Air France KLM, in a video message.

There were anecdotes and messages from executive management and behind-the-scenes videos from employees who talked about their work, how technology and the fleet evolved over the years, and the values that drive the teams. 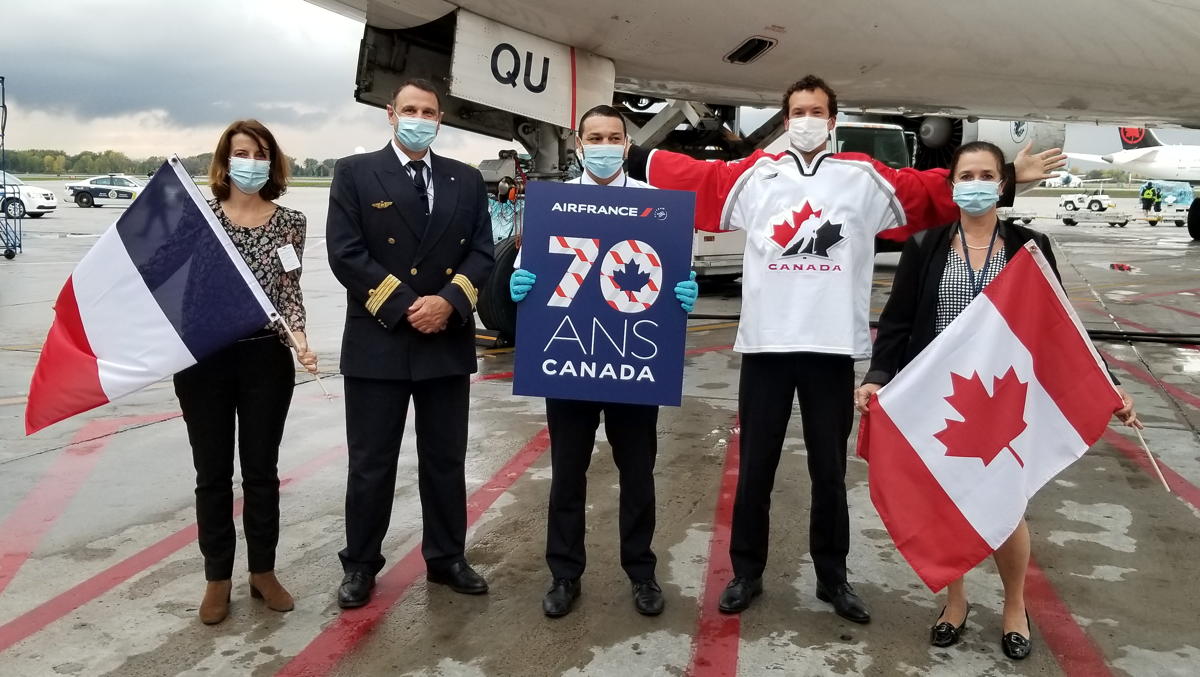 Air France is one of the founding members of Skyteam. The airline merged with KLM in 2004 and also shares a joint-venture agreement with Delta Air Lines. There are 140 employees at Air France KLM in Canada.

The air service that has existed between France and Canada for 70 years is "truly the symbol of friendship between our two countries," she said.

Air France's connection to Canada dates back to the golden age of the 1950s.

World War II was over, and setting up a Montreal-Paris route matched up well with France’s desire to strengthen diplomatic and economic ties with  Canada, after appointing its first ambassador to Ottawa in 1945.

Air France’s presence in Canada dates back to October 2, 1950, when the Lockheed Constellation 749 touched down at Dorval airport after stopovers in Shannon and Gander. The first outbound Montreal-Paris flight was on October 5, rounding out this very first cycle that had welcomed a French delegation to  Montreal.

In 1976, a Boeing 747 touched down on May 20, 1976 to inaugurate the first Paris-Toronto flight, a route which also included Los Angeles as a beyond for the first two years. 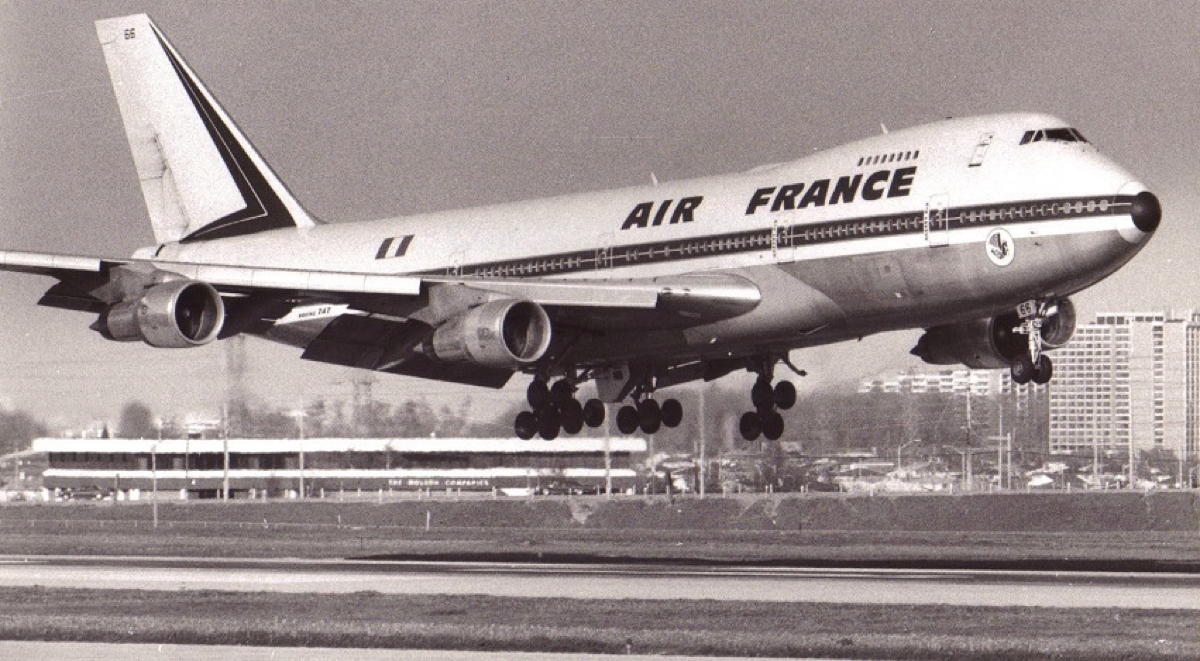 Between 1978 and 1990, the route originated from Toronto and stopped in Montreal (Mirabel airport) outbound and inbound. Direct flights to the Queen City were introduced in 1994.

In 2015, with two major routes in Eastern Canada, Air France inaugurated its Vancouver route on March 29, 2015.

As one of the first female flight dispatchers in North America, she spent three months in Paris learning how to manually prepare flight plans and determine the best routes from Toronto to Paris using weather, wind and navigational maps.

"Weight and balance of an aircraft, at the time, was a complex process, using complicated graphs and numerous calculations," said Wendland in a video. "Nowadays, it's done centrally using computers that can do these jobs in minutes where it took us two to three very stressful hours."

Wendland also spoke of the days when she worked in the reservations department in the late 1970s when computers were, in her words, "big boxes with green blinking cursors" and when plane tickets were issued by hand. 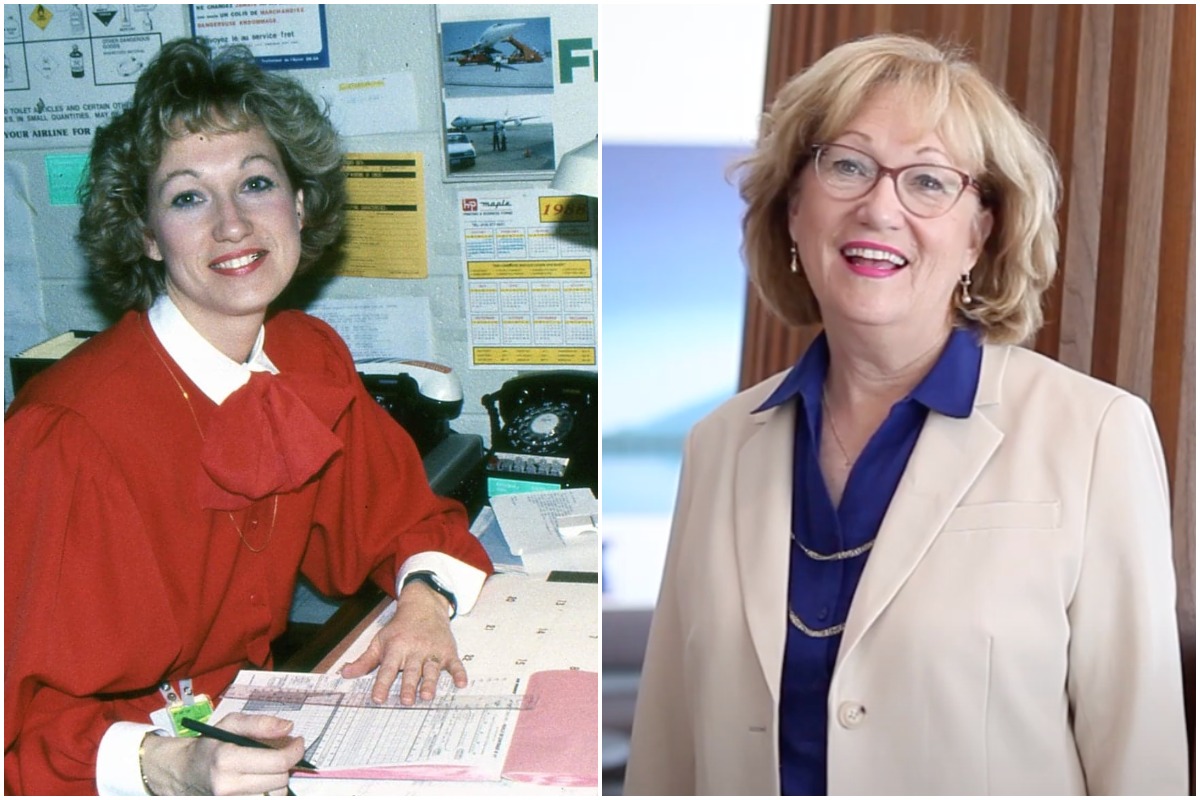 "These days, the customer is in control of his journey, arriving at the airport having booked and paid his ticket and even having checked himself in. When he arrives at the airport, there is no need to go to a counter. We warmly greet and assist clients using tablets with many options for all types of customer assistance, whether at the self-serve check-in, bag drop kiosks or at the gate. All information is readily at hand, provided to the customer with great, big smiles and capped off with a Bon Voyage!’" she said.

Canada has played a key role in Air France's growth.

Last October, Air France’s first-ever Airbus A350-900 arrived at Toronto Pearson airport, marking a new chapter for the carrier as the aircraft began serving Toronto daily throughout the winter season. 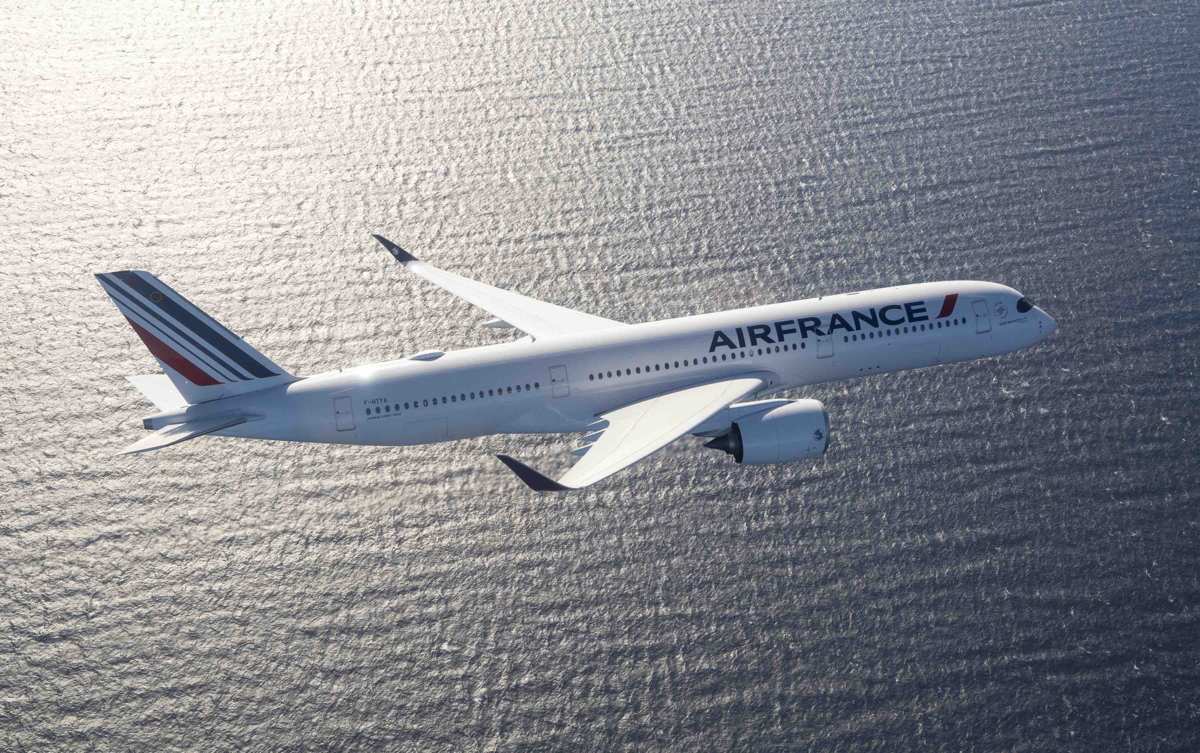 The new Airbus, named “Toulouse” after the capital of France’s southern Occitanie region,  represented a significant investment on behalf of Air France as the company began modernizing its fleet to reduce its environmental footprint.

"In 2019, we chose Toronto as the destination of the inaugural flight of our new long-haul aircraft, the Airbus A350,  a high performing aircraft that meets our ambitions in terms of sustainable development, a major challenge in which the air industry and Air France have a decisive role to play," noted Anne Rigail, CEO Air France, in a video message.

"Our core priority in the midst of this challenging crisis is the well-being of our customers and employees," said Henri de Peyrelongue, EVP Commercial Sales at Air France KLM. "We have worked hard to meet health and safety expectations by implementing the highest standards across every step of the travel chain.  We have also, in response to your legitimate request for more flexibility during these uncertain times, adapted our sales policy to enable you, should you wish to, to change your booking or obtain a refund or credit voucher."

Air France will operate 10 outbound flights a week from Canada in November, and up to 17 in December, aboard Boeing B787s and Airbus A350s.

KLM will resume flying out of Edmonton effective October 29th with circular flights twice* a week. 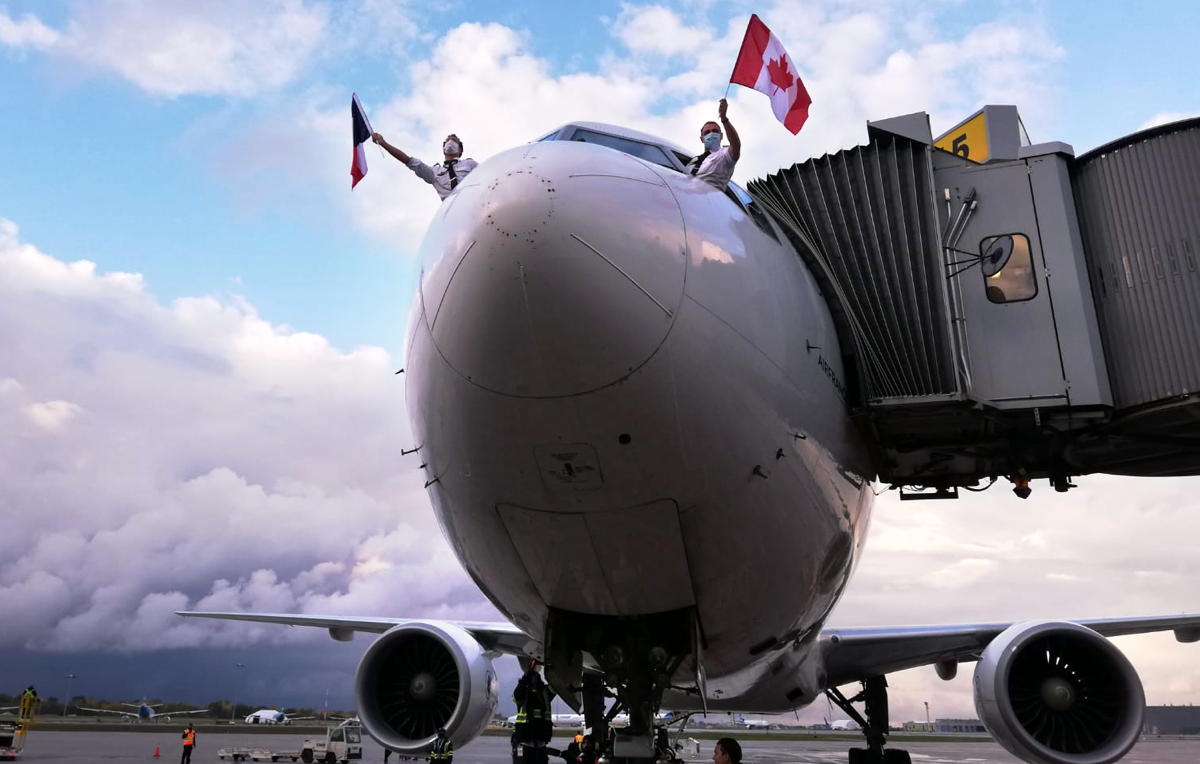 Outbound:  Edmonton – Amsterdam direct.  Inbound:  Amsterdam – Calgary – Edmonton for a total 17 KLM weekly flights, to which will be added 2 all-cargo flights to Toronto. 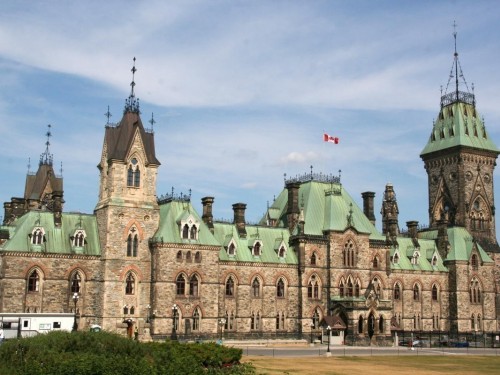 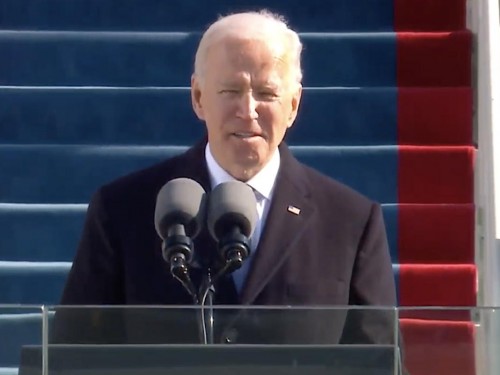