It was a big night for Canadian aviation and travel agency communities as Ottawa announced a multibillion-dollar financing agreement on Monday (Apr. 12) with Air Canada.

The support comes in the form of $4 billion dollars in loans that Air Canada must repay to the Canadian government and a $500 million-dollar equity investment, which will give the government a stake in the airline.

The government will also provide a separate $1.4 billion-dollar loan as a voucher refund facility to Air Canada.

This loan, notably, is available to all Canadian airlines for supporting customer refunds.

Central to travel agents and agencies, Air Canada said it will not retract agency sales commissions on refunded fares.

This comes as a big win for travel advisors and advocacy groups that have been fighting for protections since the beginning of the COVID-19 pandemic.

Air Canada announced this news in a release prior to Monday night’s press conference, but for some in the trade, it may have been reassuring to hear the words from Canada’s Deputy Prime Minister herself:

“Travel agents who were paid a commission for booking airline tickets will not be asked to repay that commission,” Minister Freeland said.

“I’m confident this agreement sets a standard for how such interventions should be designed with the interests of Canadians and workers coming first. This is a good and fair deal for Canada and Canadians,” said Minister Freeland.

Minister Alghabra, who pointed out that Canadian airlines have already received more than $2 billion dollars in wage subsidies, called the agreement with Air Canada “significant and historic.”

“A strong and competitive air transport industry is vital for Canada’s economic recovery and to build back better for the future,” Minister Alghabra said.

Deputy Minister of Finance Michael Sabia led the talks, which have been ongoing since fall of 2020.

In a statement Monday night, the Association of Canadian Independent Travel Advisors (ACITA), a grassroots group that has been fighting for commission protections (among many other things) since June of 2020, said they were “over the moon” to hear that commission protections were a significant piece of the deal.

READ MORE: Don't expect that travel restrictions will be lifted on May 1, Minister Alghabra tells ACITA

"The press conference was the cumulation of 10 months of ACITA's advocacy, meeting with over 200 Members of Parliament, Members of the Senate and Policy Advisors," wrote ACITA co-founders Brenda Slater, Judith Coates and Nancy Wilson in a statement. 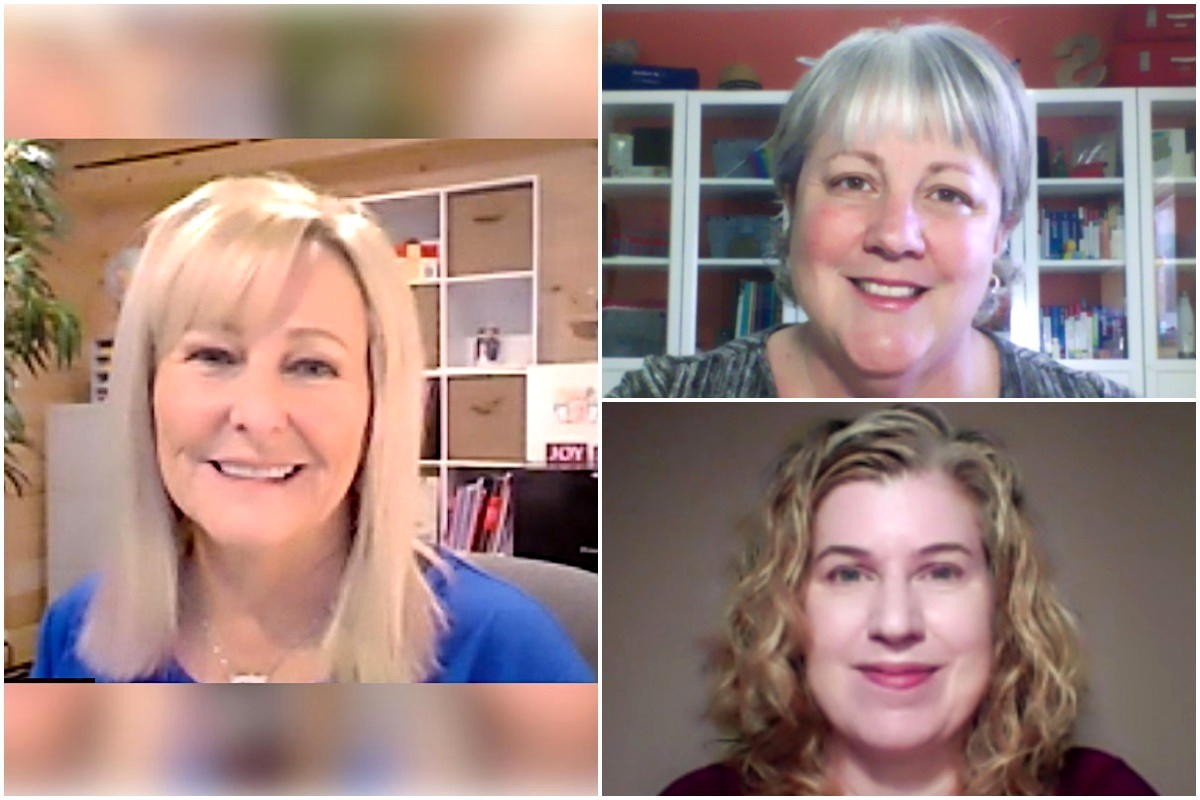 In a similar vein, a jubilant Wendy Paradis, president of the Association of Canadian Travel Agencies (ACTA), rejoiced: “Our messages have been heard!”

“We are very pleased that the government has heard our messages loud and clear about commission recalls – and that it has recognized the integral and important role that travel agents play in the industry,” Paradis said. “We were also very pleased to learn in a conversation with the Ministry of Transport, that commissions will be protected on both flights and tour packages.”

Paradis noted that more details are coming – including the status of commissions already recalled – but said Monday night’s update was “very encouraging.” 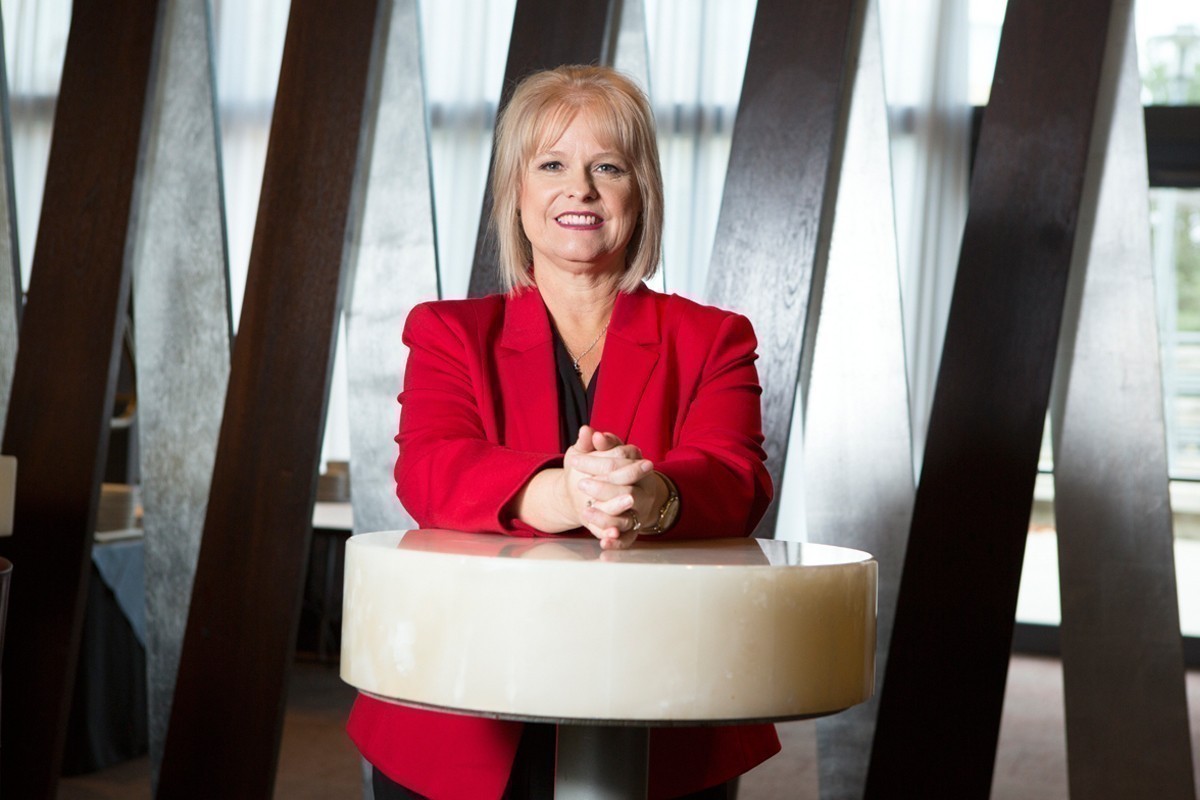 Calgary-based Tannis Dyrland, owner of Travel With Tannis, an affiliate of The Travel Agent Next Door, told PAX that it is “promising to see our government responding after a very long 13 months.”

“It brings a welcome financial relief for consumers and agents. And for the industry professionals across the country, it’s a sign of hope,” she said Monday night.

The first condition is that regional communities regain their air connection to other parts of Canada no later than June 1. 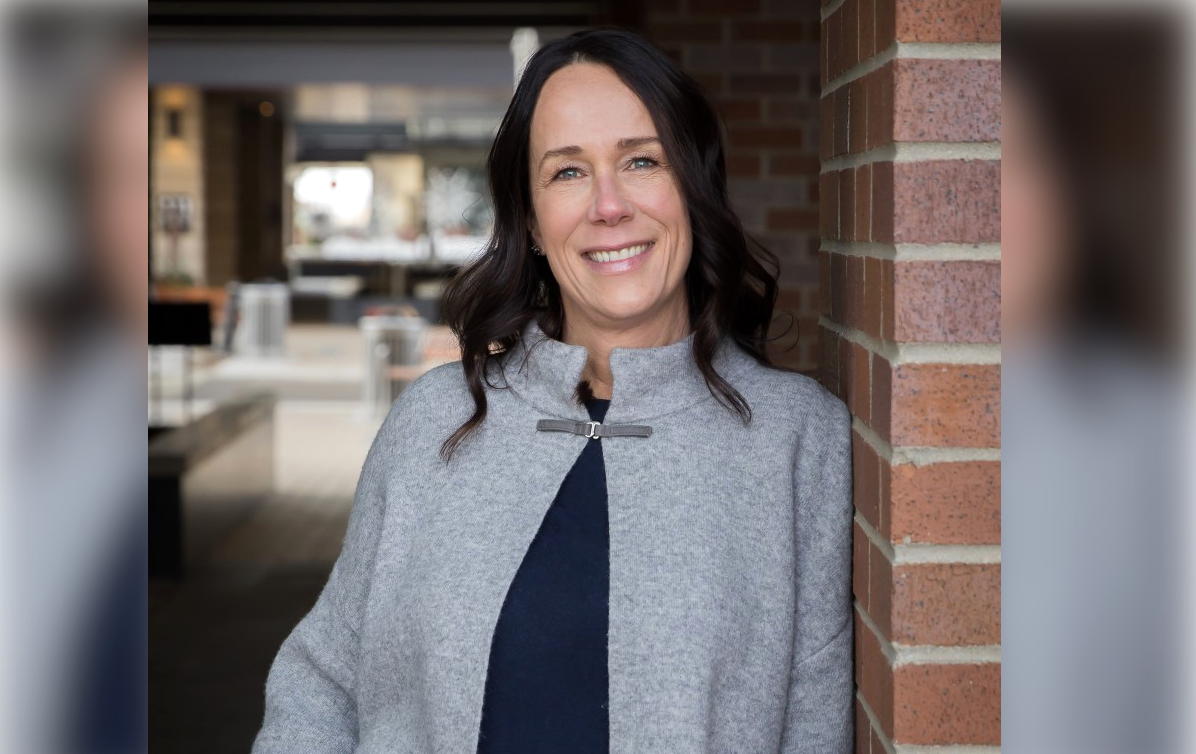 For set airports where Air Canada had permanently cancelled service, the company must reach agreements with other carriers to ensure Canadians can continue to have “ready-access to their preferred airports,” said Minister Freeland, speaking in French.

Any customer of Air Canada who wants a refund will receive one for certain pandemic-related cancellations.

The process for refunds will begin no later than April 30, 2021, said Minister Freeland.

This aligns with statements the government made in November 2020, confirming that federal support for airlines will be contingent on companies refunding passengers.

“This agreement with [Air Canada] reaffirms that commitment,” Minister Alghabra said, reiterating that travel agent commissions will be protected in the process. 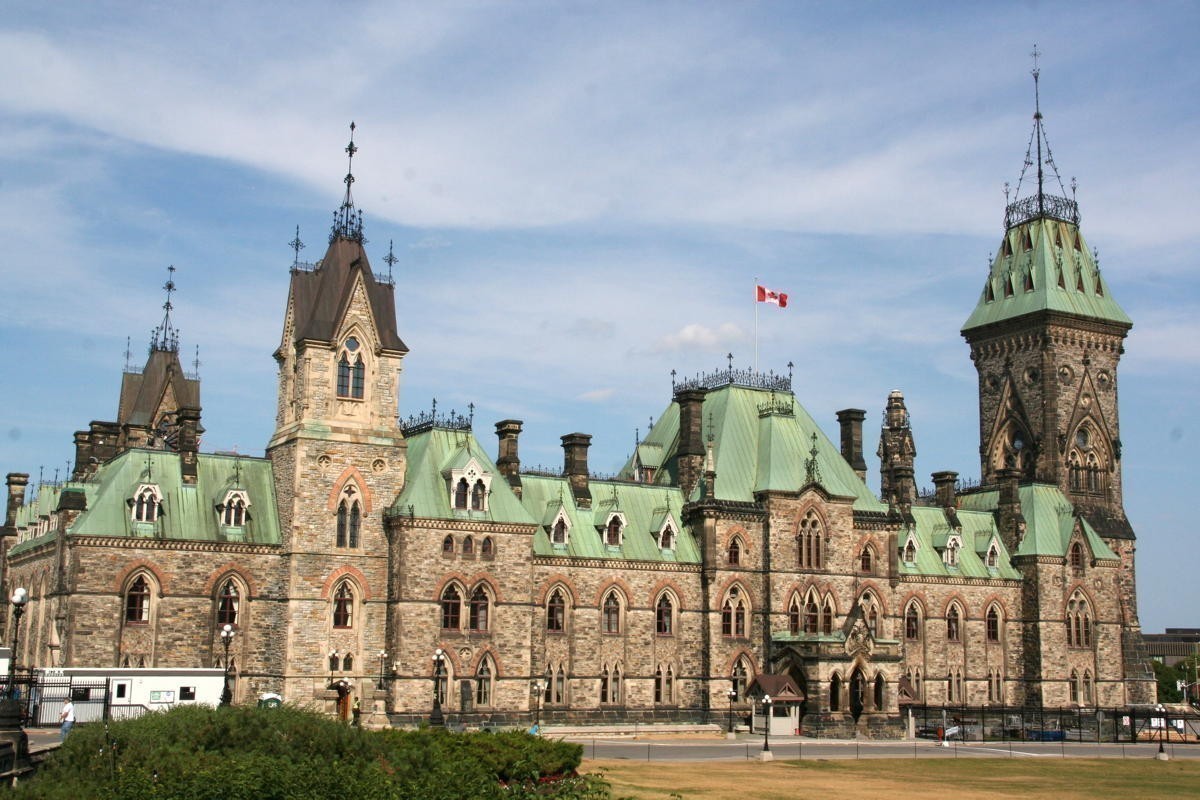 Refunds will be available for travel purchased on or before March 22, 2020, for travel after Feb. 1, 2020, that was cancelled by either the passenger or the airline.

Refunds will also be available for flights purchased after March 22, 2020, where the flight was cancelled by the airline.

“We also have a guarantee that there will be no further job losses,” she added.

At the same time, dividends and share buybacks will be restricted and total executive compensation will be capped at $1 million dollars.

Another condition of the agreement is that Air Canada will remain a customer for Canada’s aerospace sector.

And finally, as with all applicants of Ottawa’s Large Employer Emergency Financing Facility (LEEFF) program, Air Canada will be required to provide climate-related disclosures, including how future operations will support environmental sustainability and Canada’s climate goals.

Hang on, what about the other airlines?

Monday’s announcement, perhaps for the first time in 12 months, provided key insight into Air Canada’s path forward, but it also begged the question: where do Canada’s other airlines fit into this?

Judging by Minister Freeland and Alghabra’s remarks, support for Canadian aviation is not a one-size-fits-all solution.

“We are pursuing talks with other airlines in order to determine what assistance they may need,” Minister Freeland said, speaking in French.

Minister Alghabra added to that, saying: “We have more work to do.”

WestJet, for example, is still having “constructive discussions” with the government, Minister Freeland explained.

Will Air Canada’s agreement serve as a framework for a future deal with WestJet? 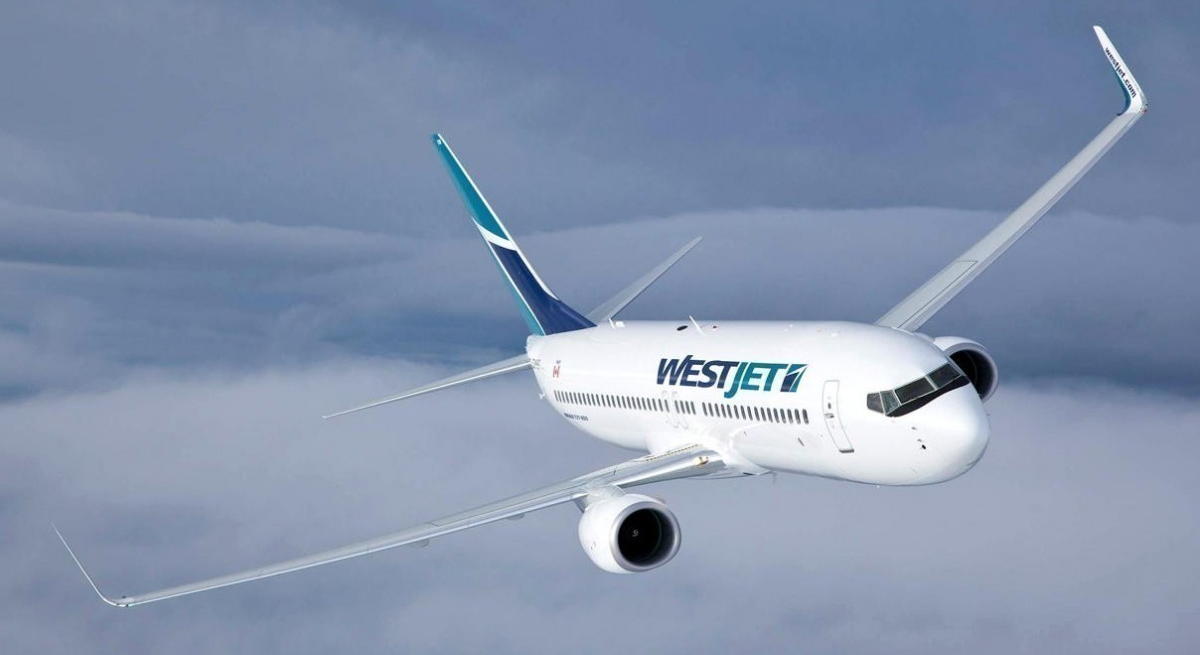 “One of the things that has become clear in these negotiations is the value to Canada of having two national airlines – WestJet and Air Canada. Competition is good for Canada and it’s good for Canadian travellers and workers,” said Minister Freeland.

“It’s also become clear that each of those national airlines have specific characteristics.”

The requirements of the Canadian government “will be the same” in any future WestJet deal, she added.

“The precise shape of an agreement will depend on the specific needs of each airline,” she said.

The WestJet Group of Companies issued a statement Monday night, saying that its discussions with Ottawa on a "safe travel-restart framework" continue.

"We remain focused on a long-term solution that will serve the best interests of Canadians," the company said, noting that it would provide an update "at an appropriate time."

In February, Sunwing secured $375 million of liquidity to protect jobs through LEEFF.

Why did this take so long?

Canada, until now, was the only G7 country that hadn’t announced a specific airline rescue package.

Why did this announcement take this long?

The negotiations were “quite difficult and complicated,” she said, speaking in French, stressing how it was important that the deal included refunds and protections for workers, Canadians and an airline’s ability to purchase new aircraft.

Minister Alghabra still emphasized that “now is not the time for unnecessary travel,” but noted that the government will “continue to work towards a safe return to a normal state of air travel within, to and from Canada.” 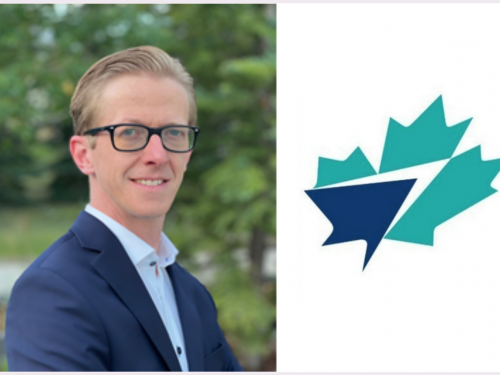 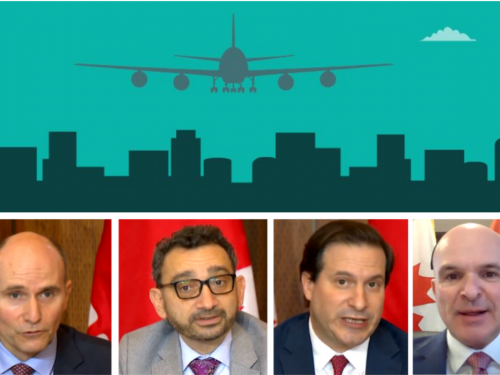 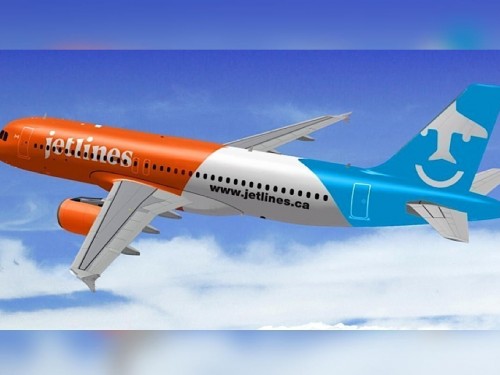 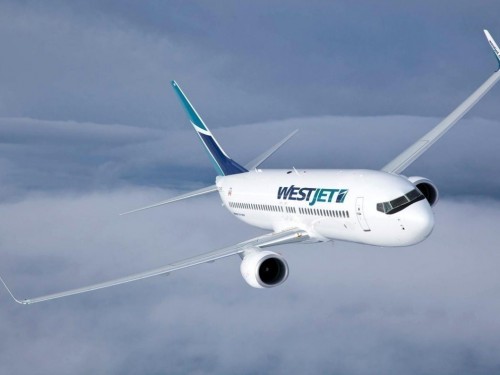