Air Canada has announced new policies on Thursday (June 23) after senior representatives with the airline met with Transport Minister Omar Alghabra about supporting Canada's air transport infrastructure, which has come under fire in recent weeks.

"At Air Canada, we know every trip is important, even more so today as many are flying for the first time in years to see loved ones or take an eagerly anticipated holiday. We are determined not to disappoint and have been long preparing for a travel surge this summer, including coordinating with our industry partners,” said Michael Rousseau, president and CEO of Air Canada, in a statement.

“As all businesses worldwide are finding, restarting after COVID is an extremely complex task and we deeply appreciate our customers' understanding and patience during these often-frustrating times.”

“I also thank our dedicated employees who are working hard to serve our customers and transport them safely.”

One initiative announced Thursday was the introduction of new self-service re-accommodation tools will allow Air Canada customers who have schedule changes, delays, or cancellations to request a refund – if eligible – or rebook their itineraries in a few minutes through its mobile app or website.

This includes getting up to 20 alternative flight options (based on availability), choosing to fly to nearby airports instead, and the ability to search for flights in a three-day window, the airline says. 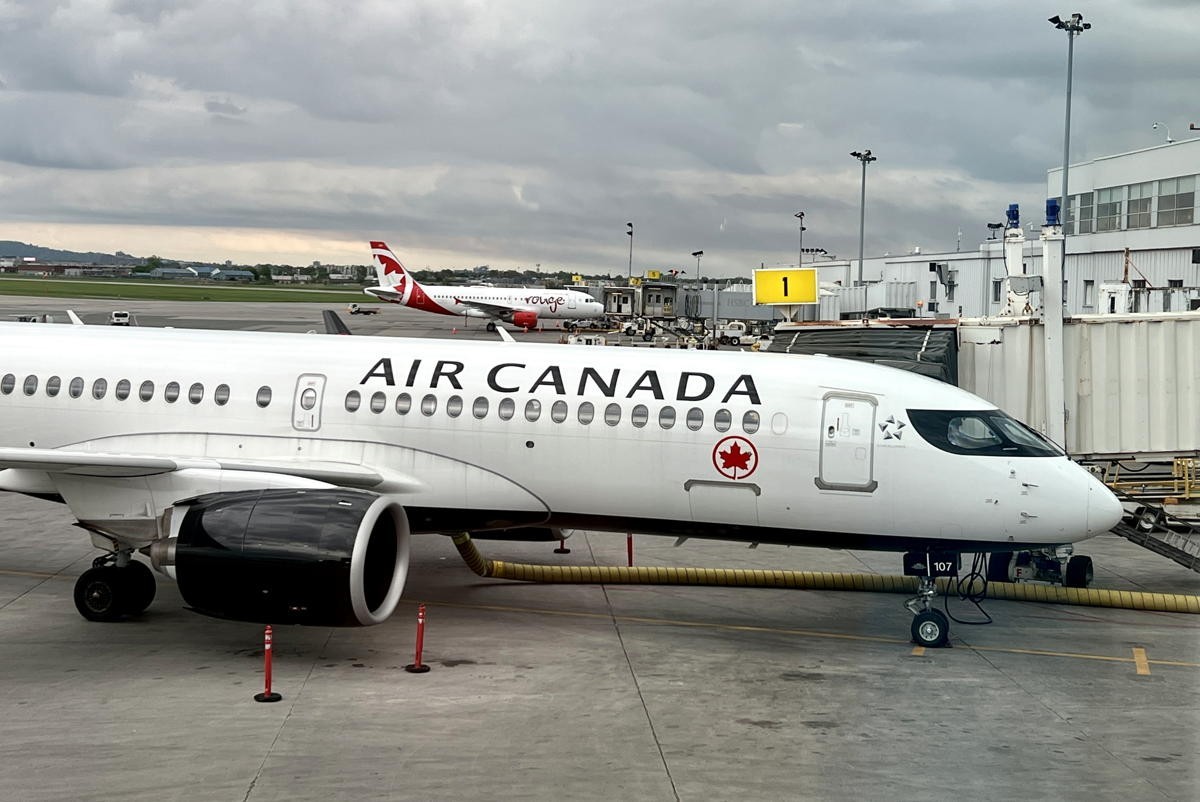 Air Canada says this will be available for customers regardless of how and where they booked their tickets.

A goodwill policy has also been implemented for passengers traveling via Toronto-Pearson to allow them to voluntarily increase their connection time at no cost for more flexibility when travelling.

This policy can be applied within 48 hours of the original travel time, Air Canada says.

A second new policy will allow customers free, same-day stand-by options for earlier flights within Canada/Transborder regardless of fare brand or booking class.

The airline maintains an updated travel readiness page on aircanada.com with the latest information and advice for those preparing to travel, including information about COVID-19 requirements.

Customers are bring advised to consult this page before travelling.

Staffing shortages in aviation have been a hot topic in recent weeks as federal officials, and airlines, scramble behind the scenes to fix the longer-than-usual wait times and delays that have been reported at airports – Toronto Pearson, for one.

At airport, Air Canada says it has recalled all available employees, and more than 2,000 front-line airport employees (and 774 more in call centres) have been hired over the last six months – “with additional overtime and ongoing hiring, including drawing upon recently retired employees with special expertise.”

Employees have been reassigned from other bases to augment specific airports, including the cross-utilization of cargo employees to assist with airport passenger operations, the carrier says.

The airline has also redeployed aircraft from its Jetz charter fleet to move delayed baggage, which has increased in large part due to air transport processing and infrastructure issues outside its control.

In addition, minimum connection times for flights from international and transborder destinations connecting to domestic destinations have been increased by 30 minutes for new bookings in Toronto and Montreal, giving customers (and their baggage) additional time to connect, Air Canada says.

The schedule has been refined to reduce peak times at the Toronto-Pearson and Montreal-Trudeau airports by retiming and cancelling certain flights, or reducing frequencies, where protection is available to customers the same day.

“This will conserve resources and reduce stress on third-party service providers by smoothing passenger flows and be more convenient for customers,” the airline said.

Aircraft gating at airports has also been reconfigured. For example, widebody aircraft in Montreal travelling internationally and to the U.S. are being “more conveniently located” to achieve efficiencies during peak hours for added operational flexibility, Air Canada says.

Canada’s flag carrier says it has been “prudently restoring its schedule” as it recovers from the effects of COVID-19 and this summer it plans to operate below its pre-pandemic capacity”as the industry stabilizes.”

In support of this, the carrier has recalled employees laid off during the pandemic and continues to hire additional workers.

It currently has 32,000 employees, versus approximately 33,000 prior to the pandemic while operating approximately 80 per cent of its June 2019 schedule.  to working with its partners on further improvements.

The update comes almost three weeks after Air Canada, during the first week of June, reportedly cancelled nearly 10 per cent of its flights at Toronto Pearson airport due to long security and customs processing times and recurring air traffic control limitations.