Ontario travel agents registered with the Travel Industry Council of Ontario (TICO) have been granted a one-year period during which they can issue clients vouchers for previously purchased travel that has been upended by the COVID-19 pandemic.

And while there may be some consumers unhappy with the change, TICO President & CEO Richard Smart said that the alternative could leave the travelling public in a much worse spot.

Last week, the Ontario government responded to the COVID-19 crisis with a series of amendments to the regulation of the province’s Travel Industry Act to ease the burden on TICO registrants, including some fast-tracked changes which Smart said were due to be announced in the near future, part of a years-long review of the Act and its supporting regulation. While he declined to provide details, Smart said that additional relief measures are also being discussed with the province.

With the majority of registrant inquiries concerning the matter of vouchers, Smart clarified a few points about the measure to PAX.

Between March 30, 2020 and April 1, 2021, TICO-registered travel agencies and tour operators selling bundled travel services (such as a vacation package; non-bundled services will be subject to the refund terms and conditions of the end supplier at the time of purchase) will be able to issue vouchers as an alternative to a full refund, in the event a supplier cannot provide travel services due to COVID-19. Further to that, Smart explained that the vouchers will be valid for travel departing up to a full year from the date of issuance, hopefully giving travellers enough time to redeem them.

“We recognize the hell that advisors have been going through with irate clients asking for money back; they can now say they have the backing of TICO,” Smart said. “They can say that because of COVID-19 the voucher is a form of compensation.”

Acknowledging that not every consumer will be happy with the measure, Smart said that travel advisors can remind their clients that a voucher buys additional peace of mind at an uncertain time for some travel suppliers. He explained that consumers who have been issued a voucher and are faced with a sudden supplier collapse will be able to make a claim against TICO’s Compensation Fund.

“A lot of consumers are upset that we’ve said voucher is acceptable. In my discussion with consumers, I’ve acknowledged this is an extraordinary situation and we’re trying to ensure that the industry survives.

“We’ve been trying to find a balance between consumer protection and registrants – and registrants can’t always give refund because money has gone to end supplier…. It’s a huge clarity and comfort to the registrants – I’ve heard that this was a big positive change and while some customers may be unhappy, our position is that it’s better than if every travel business just failed at once.”

Smart said that while the Compensation Fund currently sits at $25 million, with a $5,000-per-passenger claim cap, that amount is a “drop in the bucket” should multiple major failures come to pass.

While some of the burden will be alleviated through travel insurance, Smart said that it’s too early to tell what that amount will be, acknowledging that since COVID-19  became a ‘known issue,’ a number of insurance providers have declined to reimburse travellers for cancelled trips.

And while a modernization of the funding model – such as the possibility of introducing consumer pay – remains on TICO’s radar, it remains “a distant second priority” at the current time, Smart said.

“Now is not the time to ask for the consumer to pay into the Fund just yet,” he said. “We know the funding model needs to change and we’re looking at all options in the future, but right now we’re taking the high road and emphasizing customer service.” 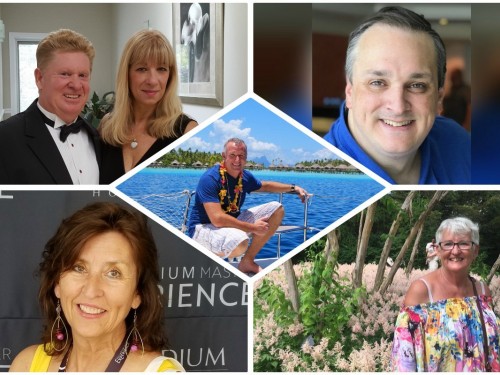 Getting creative: how these travel agents are weathering the COVID-19 storm