TTAND throws an open house party in their new suite

Last night, The Travel Agent Next Door (TTAND) held an open house to show off their new office, which happened to be a pretty sweet suite!

After doing a brief tour to see where the magic happens at TTAND's Toronto headquarters, now on the 10th floor, guests headed down to the eighth floor for drinks and hors d'oeuvres, served up by Toronto's very own The Food Dudes.

Besides a chance to catch up with old friends, last night was an opportunity for TTAND to talk sales growth, new technology, and provide a sneak peek at the May 2019 conference, taking place in Mexico.

Despite making $115,000,000 in sales for 2018, and being on track to have 450 primary partners and 365 associates for 2019, Flemming Friisdahl, president of TTAND, emphasizes the importance of being selective with who the agency does business with.

"It's gotta be a win for you, our suppliers; a win for agents, and a win for The Travel Agent Next Door, and if it's not the three Ws, we don't do it," Friisdahl said. "We made a promise to those people that we started out with, that we weren't going to sign a whole bunch of partners; our plan was very straightforward, and we try to stay true to that." 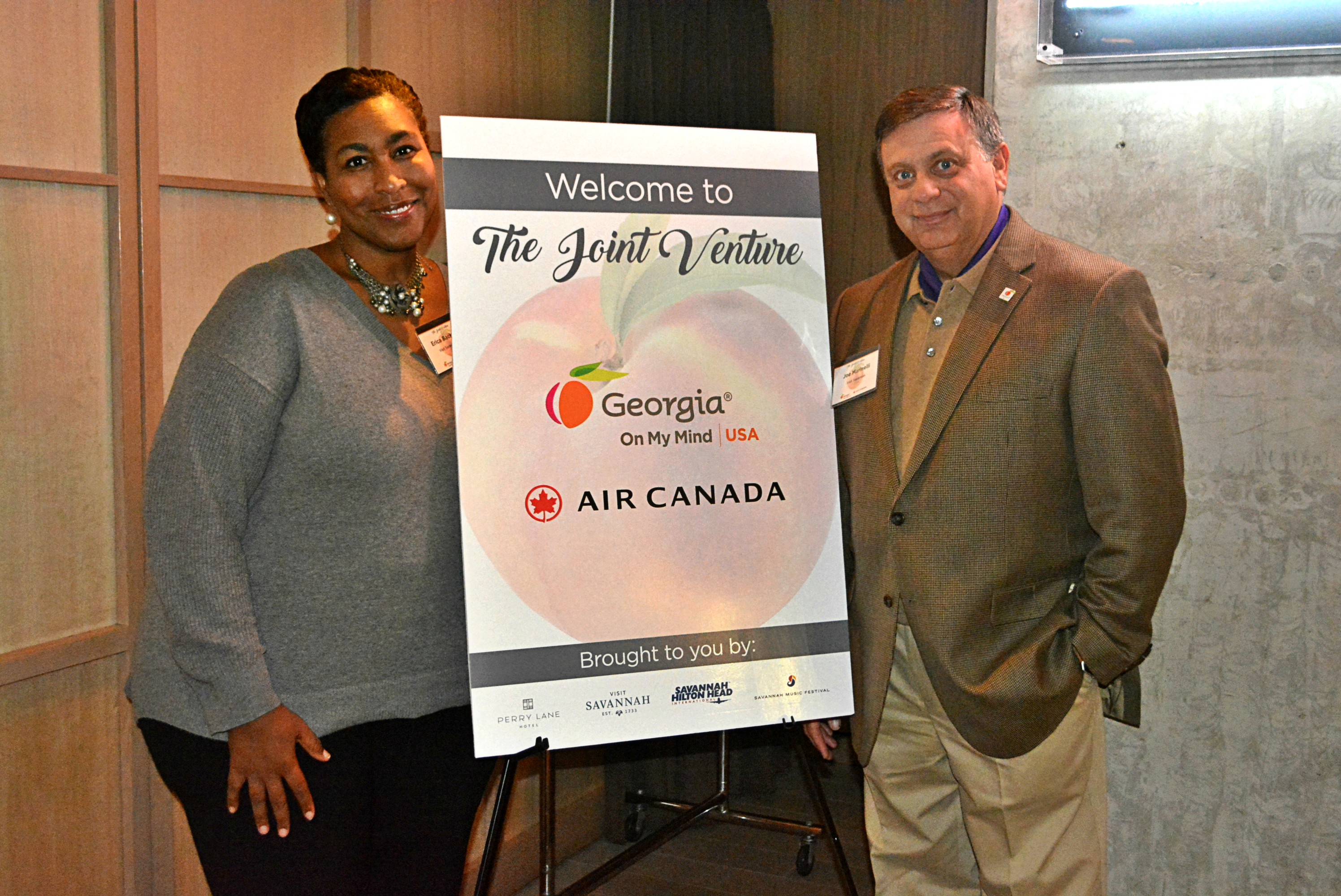 Right now, TTAND has one support staff for very 11 travel agents. The supplier list has not changed, but according to Friisdahl, some things have been tweaked a bit.

"In January, some of those suppliers made the decision to leave us, and their sales are now down 40 per cent, and I say that for one purpose: our program works," Friisdahl explained. "We may have dropped a few and added a few, but that list doesn't change."

Last month was TTAND's best month, with 12 million dollars in sales. In 2019, the agency is budgeted to do almost 150 million.

"We will be Canada's biggest in dollar sales, which is what matters to you," Friisdahl said. "Forty-eight per cent of our sales are from our preferred suppliers, 29 per cent of the commission earned, sourced by the agents, are improved, and 23 per cent of commission is earned on 432 other suppliers. When you consider that, 432 is pretty impressive."

TTAND has also launched an agent incentive. To qualify for the agent incentive, a branch must earn 70 per cent of their commission on preferred suppliers. There's no minimum requirement.

Last year at TTAND's conference in the Dominican Republic, the agency paid out $25,000 in incentives to the agents in attendance at the conference, and TTAND says next year, they'll pay out even more.

To qualify for TTAND's Millionaire program, agents must do $125,000 in commissions on preferred suppliers. It starts from the day the agent starts with TTAND.

At the next conference, TTAND is keeping good on its promise of less is more, inviting only 18 preferred suppliers and 11 approved suppliers to take part. In total, 40 suppliers will be on site to network with agents.

The cost of the conference will be $3,499 in conference fees, and it's the same for everybody.

Once again, TTAND will also take one day off from conference for its Give Back Day.

And, just like last year, donations will be raised for Pencils for Kids.