Working with The Culinary Institute of Canada, Stewart Travel Group hosted Tastes of Travel, where each guest experienced the ultimate in armchair travel.

The chefs and culinary students prepared an eight-course meal of delectable international dishes, each representing a destination Stewart Travel Group will visit on their exclusive hosted tours in 2022.

Held at The Dining Room, each dish was paired with an alcoholic sampling, including a single malt whiskey, several wines, and a port.

With each course (and country), a video was shown, taking diners on a virtual trip across Europe and the Middle East.

Guests were also treated to a performance by award-winning singer-songwriter Irish Mythen.

Originally from Ireland, Mythen chose PEI as her home in 2006 and has been making waves in our music scene ever since.

Known internationally for her powerful voice and thought-provoking lyrics, the Juno-nominated artist also stunned the organizers with a surprise donation of two house concerts. 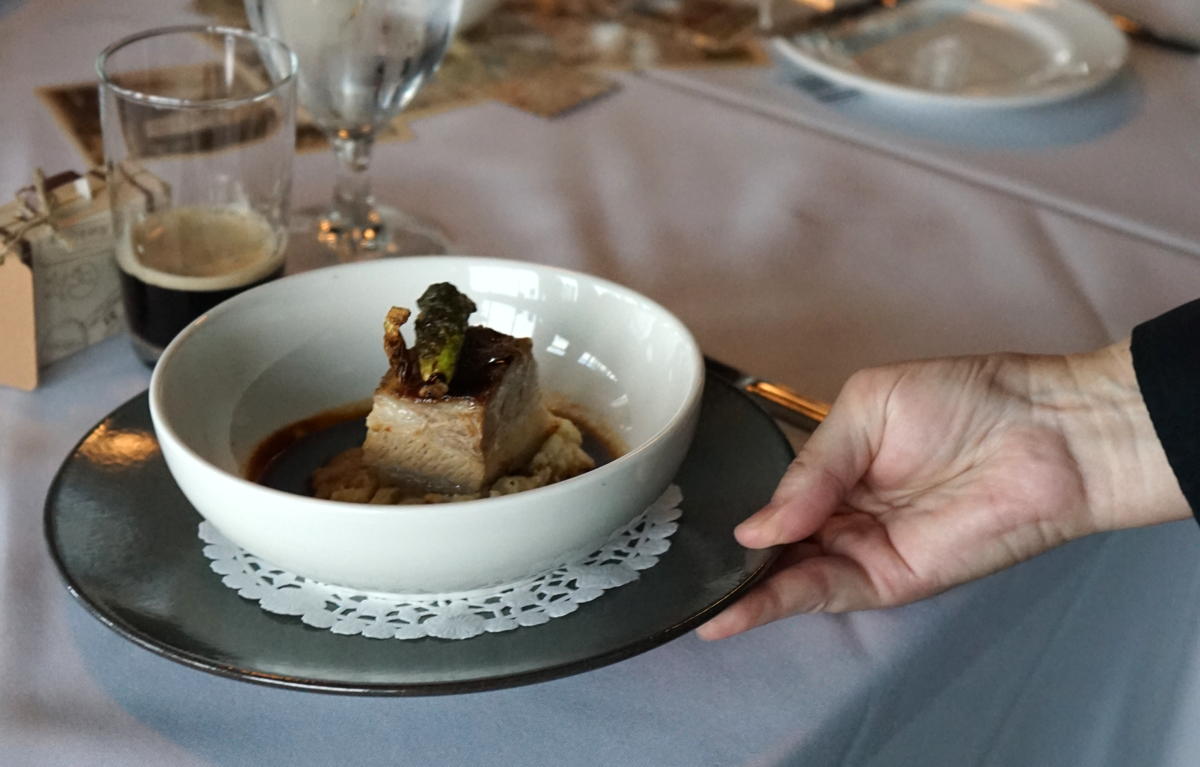 The ensuing bidding added excitement to an already lively night and boosted the fundraising.

Stewart Travel Group has been supporting Hospice PEI for countless years. Owned and operated by Paula and Travis Stewart, Paula has volunteered for Hospice PEI for over two decades.

“We know as a local business that non-profit organizations took a hit financially since the start of the pandemic and Hospice PEI is one of our major organizations that we love to give back to yearly,” Travis Stewart said. “Hospice PEI supports all Island families in some way at some time and with Paula being a Hospice volunteer, it’s a wonderful fit. We’re blessed to be able to give back when we can.”

"Not only has Stewart Travel Group been a regular donor throughout the years, but they also go above and beyond to fundraise and advocate for our organization. Last year they donated funds so that we could buy two tablets for our volunteers to use with clients at the Provincial Palliative Care Centre," said Nancymarie Arsenault, Director of Hospice PEI. "This allowed for our volunteers to help their clients reconnect with loved ones, and to continue to support those on their end-of-life journey throughout restrictions."

Tastes of Travel was also paired with a silent virtual auction and an option to donate when ordering off The Culinary Institute of Canada's ‘Too Tired to Cook’ menu.

Add in the surprise auction of two Irish Mythen house concerts and a grand total of $13,186 was raised for Hospice PEI.

Since opening for business in 2014, Stewart Travel Group has been committed to supporting the Island community and organizations like Hospice PEI.

Next on their list is a week-long Jim Cuddy (of Blue Rodeo fame) Danube River cruise setting sail in October.

“Giving back to our community is just part of the culture at Stewart Travel Group. We are proud to support the autism community in this way," the agency said.

The group has helped raise funds for United Way of PEI, the Youth Program at Confederation Centre of the Arts, the Hillsborough Rotary Club, and Camp Gencheff.

The PEI-based travel agency has gained a reputation for quality travel experiences over their six years in operation.

They’ve grown from one advisor to sixteen and have won numerous awards, including many Top Agency and Advisor awards in Canada (with The Travel Agent Next Door) in 2016, 2017, 2018, and 2019—beating out roughly 400 agencies across the country. They’ve also won national awards with Transat, Globus/Avalon Waterways, Manulife, Crystal Cruises, Gateways International, and Regent Seven Seas.