If you thought the term “revenge travel” was invented by media outlets for the purpose of writing a snappy headline, think again.

According to Travel Leaders and TL Network Canada officials, the idea that consumers will take “revenge” on their inability to travel during the COVID-19 pandemic, and spend more on bigger, longer, more lavish trips when they’re able to, is a real phenomenon.

“Whether it’s travel for Q4, or into 2022 and beyond, 80 per cent of bookings coming in [involve travellers] upgrading their hotel and many are doubling down on duration. If it’s one week, it’s two weeks,” said Christine James, vice-president at TL Network Canada, speaking to trade media at a virtual conference on Tuesday (April 27).

“It’s almost like every booking is additional revenue and commission for the travel advisor.” 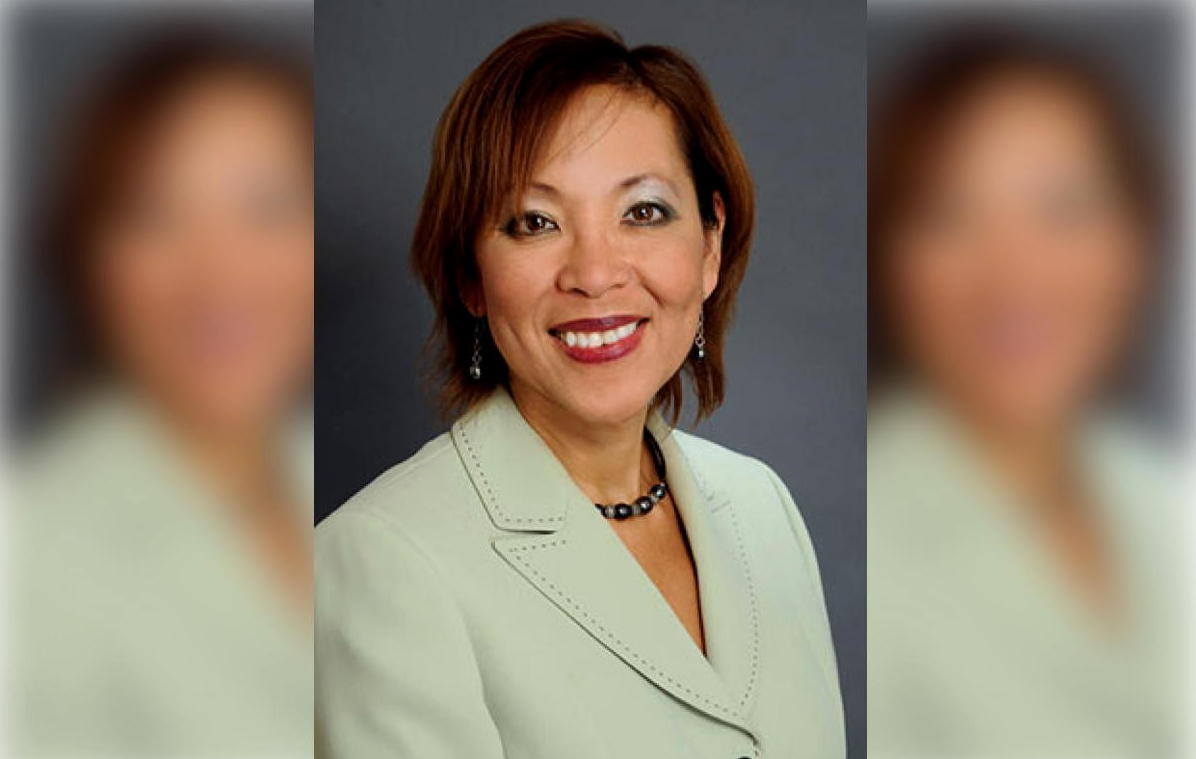 But make no mistake: as more consumers get their COVID shots, the desire to start travelling again, supported by a renewed sense of confidence, will be fast and furious.

Fully vaccinated travellers? “They. Are. Ready,” stressed Roger Block, president of the Travel Leaders Network, who also spoke Tuesday. “We’re seeing it in the U.S., and as Canada opens up, there’s going to be a boom of travel.”

“People are going to the places that are open like never before.”

That’s encouraging news, especially given that Canada, on Tuesday, reached the 30.32% mark for total Canadians that have received at least one dose of a COVID-19 vaccine.

In fact, John Lovell, president of Travel Leaders Group, also in attendance on Tuesday, said the company is expected to “set a new record” in sales for world cruises and grand cruises for 2022 and 2023. 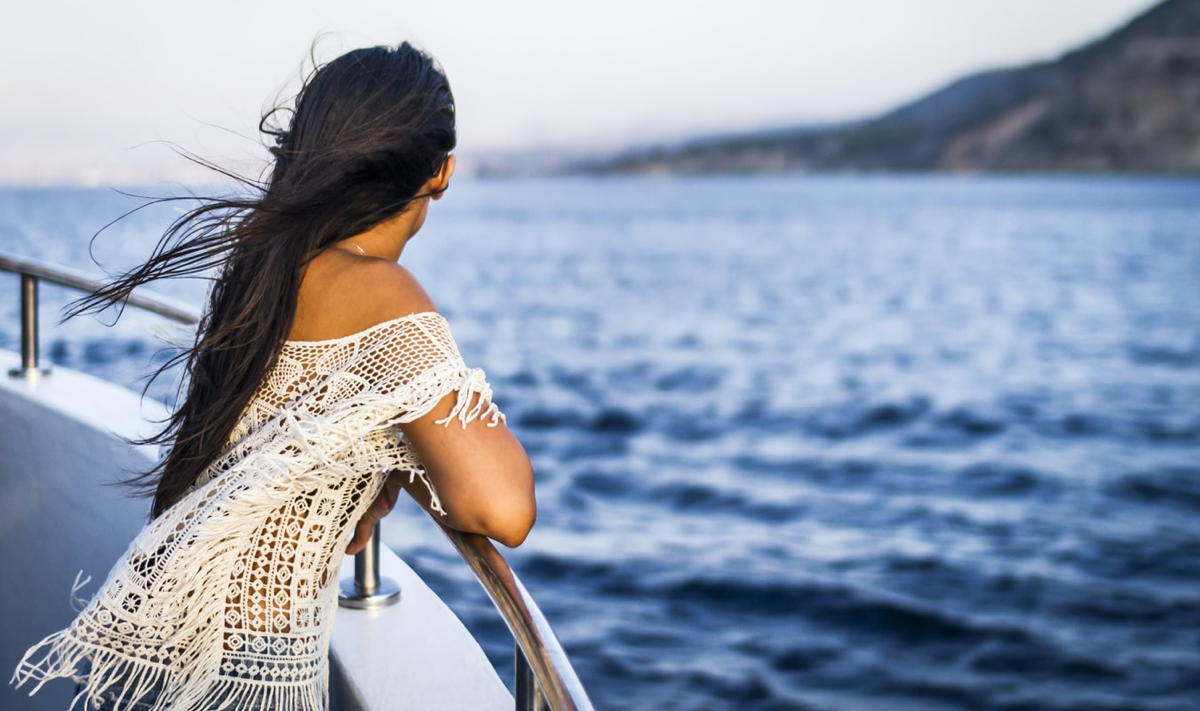 As the U.S. Centres for Disease Control and Prevention continues to mull return-to-sailing measures for U.S. cruises, Lovell expects that cruising will “come back sooner than people anticipate” – possibly by mid-summer, as some reports have suggested.

More broadly: “High-end luxury experiential product is selling extremely well,” he said, noting how that trend spans across all destinations, be it Asia-Pacific or Alaska.

Book now or miss out

But don’t expect the inventory (or current prices) to last long. The going advice is to “book now,” said Lovell, because “prices will continue to go up because space will be limited.”

Lindsay Pearlman, senior vice-president, International Leisure at Travel Leaders Network, echoed this sentiment on Tuesday, cautioning that Canadians might get “caught” if they wait too long to secure a future booking.

“A lot of luxury, extended trips, upgrades…that’s selling like crazy and it’s usually the Americans that are booking,” Pearlman said. “The risk for Canadians is that if they don’t start booking now, there may be less inventory.”

Canadians may as well commit if they’re sitting on mountains of cash.

According to figures released by the Canadian Imperial Bank of Commerce in November 2020, Canadian families and businesses have been hoarding money during the pandemic and are sitting on at least $170 billion in excess funds. 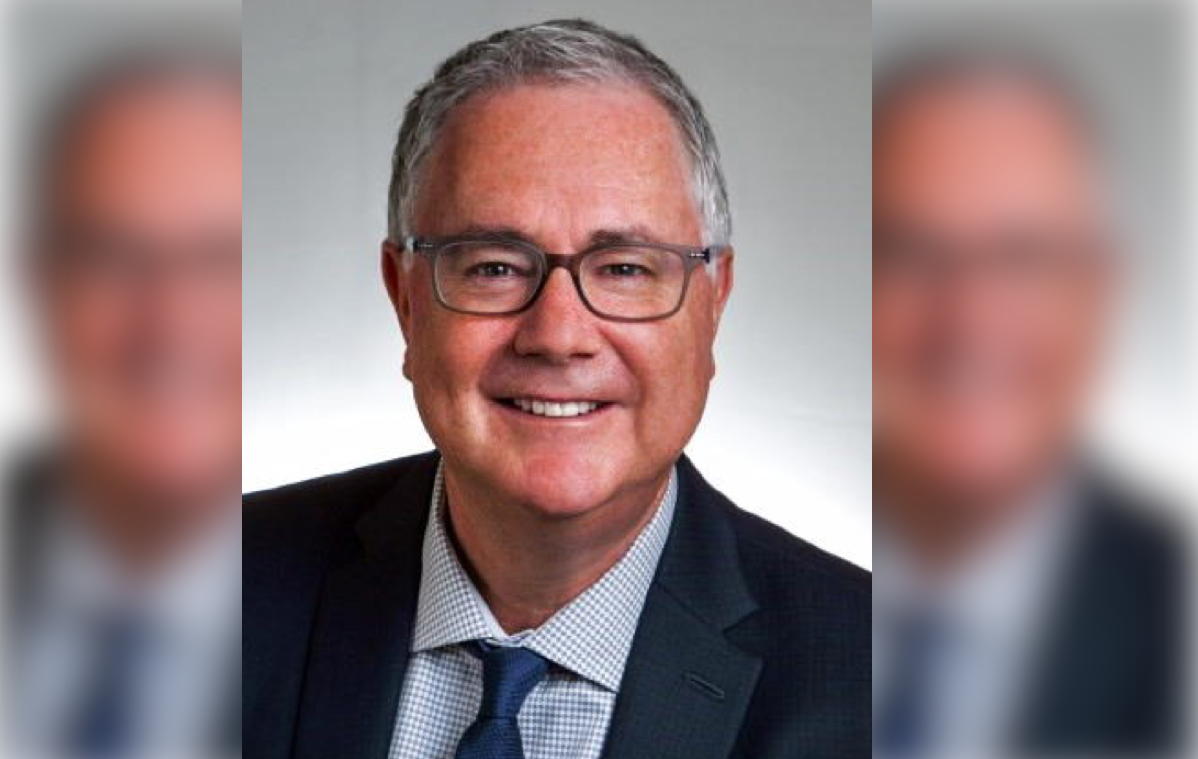 Pearlman said “you’ll be amazed at what people do” when it comes to spending disposable income – and that includes cashing in on travel.

Traditional travel bucket lists, after all, are going out of fashion as more consumers embrace do-it lists, Mr. Block added.

“While people used to dream about bucket lists, they’re now actively booking it,” he said. “Higher-end product is being booked at an accelerated rate than what it was pre-pandemic.”

“Bookings that were made for a couple have snowballed into a booking of 10 or more because people haven’t been able to get together and connect with extended families,” she said.

Future forecasts like this are what’s driving TL Network Canada members as they plan for travel’s post-pandemic recovery.

The surveys speak volumes: last March, one of TL Network’s top members polled 6,000 clients and more than 60 per cent said that as soon as they get a vaccine, they’ll be booking a trip.

On current booking trends, the TL Network is sitting at 30 per cent of where it was in 2019, James said.

“I anticipate this booking trend to ramp up as more of our citizens get vaccinated – that’s a good news story,” James said.

What’s more is that, for 2022, TL Network is “sitting flat” compared to where it was in 2019 for future bookings, she added.

Staying in the game

Despite the doom and gloom out there, the motivation among TL Network members to stay engaged and educated has never been higher, officials said. 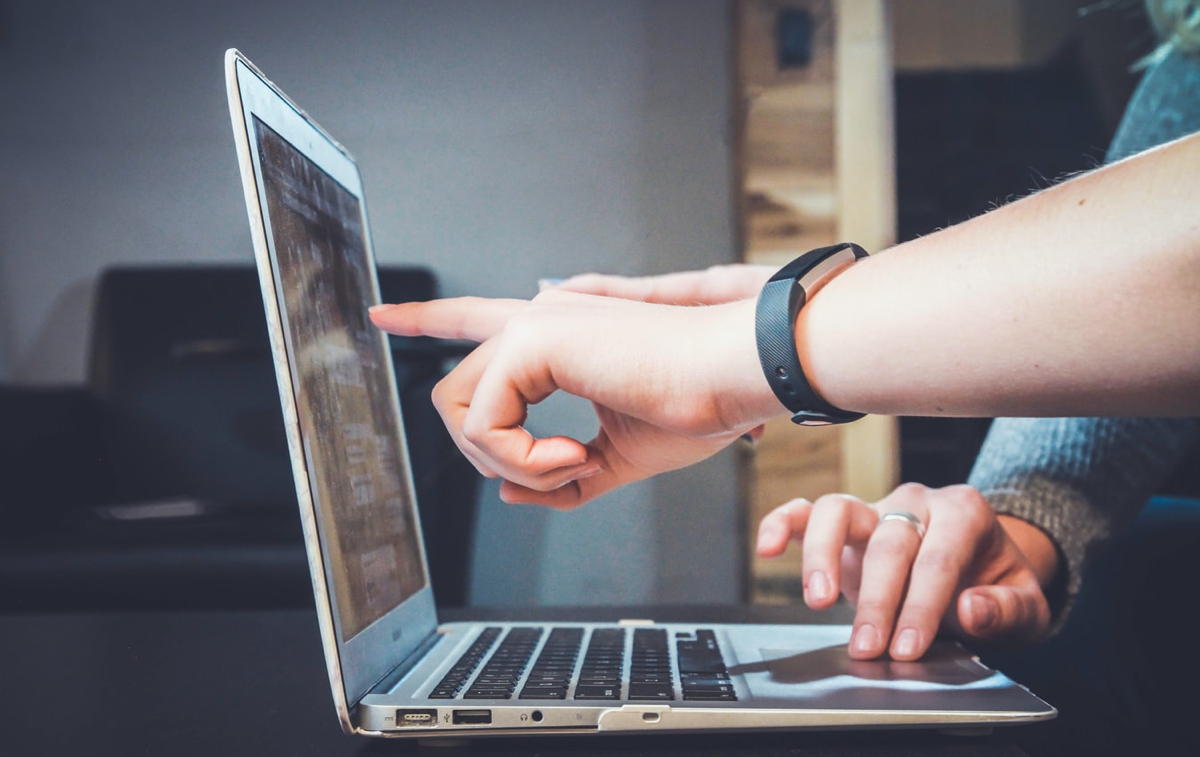 Furthermore: 80 per cent of attendees stayed on the platform longer than two hours, with the average duration being four hours and 52 minutes.

“Clearly our members, as well as our suppliers, are eager to stay engaged,” James said.

The early bird gets the worm

Mr. Pearlman noted how that, despite the pandemic, TL Network Canada grew in 2020, welcoming 16 new agencies.

Select agencies are preparing for travel’s return, Pearlman said, and “what they’re looking for, as we develop out of this mayhem, will be different from what it was in 2019.”

Consumer behaviour and what supplier partners require “will look different,” Pearlman said, and the role of travel advisors will be “much more important than it was in the past.”

Even as some OTAs have begun to promote the idea of “having someone travel with you,” consumers are looking for that sense of comfort, he said.

“That means the travel advisor isn’t selling a cabin anymore. It’s about the safety of being in that cabin,” Pearlman explained.

Book with Confidence is a multi-faceted health and safety program the company developed that features 57 pages of end-to-end resources, from advisor protocols to how suppliers are working to protect clients.

“We’ve had thousands of our advisors go through this program who are really working to do everything they can to make their clients feel as comfortable as possible,” Block said.

Stay with Confidence, a partnership with Forbes Travel Guide, is the company’s solution to identifying verified properties that meet current health and safety standards. 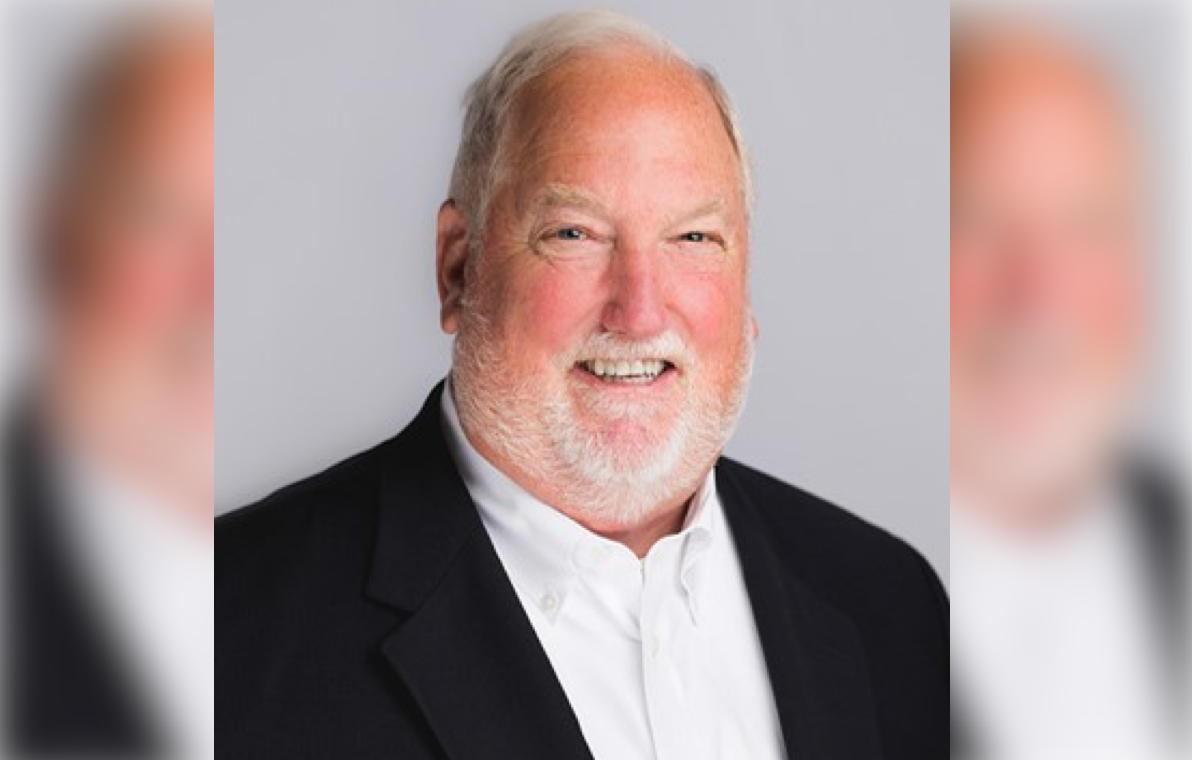 TL Network Canada, for one, has used its downtime to prepare for travel’s big turn, investing in partner relationships, marketing tools, systems for boosting revenue streams and technology.

“Members can pick and choose based on their specific business models. We’re finding a lot of success in that,” Pearlman said.

There’s an active effort to generate additional cash flow for members – TL Network is in talks with supplier partners to determine new ways of paying agents in a quicker fashion as business picks up.

Pearlman also had this to offer: “The agencies that are prepared are recovering very, very quickly,” he said. “Those that are standing by, waiting to see what happens, are kind of getting run over.”

“The old adage ‘the early bird gets the worm’ is very appropriate in this market.”

If there’s a time to kickstart operations, it’s now.

According to a July 2020 report from Travelport, people value travel advisors more than ever, with 49 per cent of a study participants saying they are now more likely to use an advisor, with 33 per cent saying they’ll continue using one, just like before.

But get this – live events (yes, you read that correctly) are coming back in style this year.

TL Network’s events for 2021 include its Fall Regionals in Toronto, Edmonton and Vancouver, along with 14 mixers scheduled from August to December. 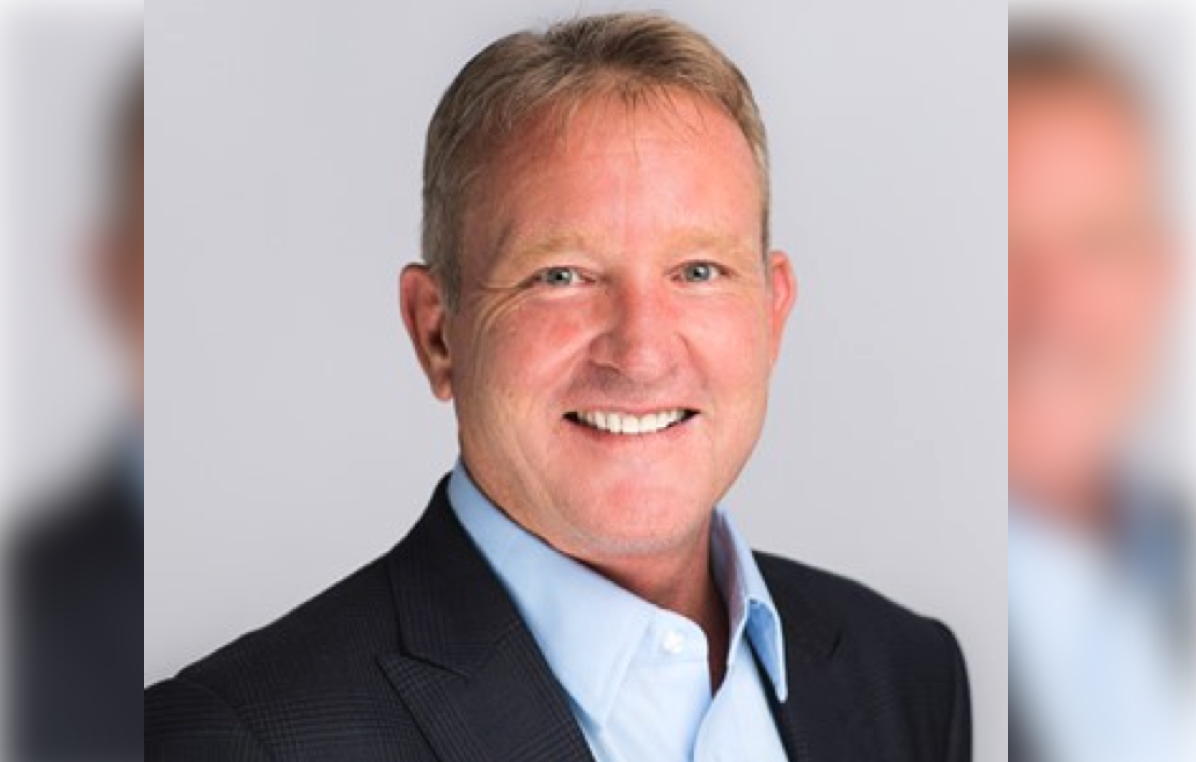 Health and safety protocols will be followed, James said, and “we had to choose venues that were larger than typical” to accommodate social distancing.

As for the regional events, the anticipated attendance numbers for Toronto is 200, 100 for Edmonton and roughly 120 for Vancouver, she said.

But regardless of what 2021 brings, Travel Leaders’ commitment to “staying strong together” remains.