“Your success is our success,” Flemming Friisdahl, founder of The Travel Agent Next Door (TTAND) told a ballroom full of more than 130 travel agents in Mexico last week. “You are my customers and you are my business partners.”

That was one of many messages shared at TTAND’s fifth annual conference, which wrapped in in Punta de Mita, Mexico, last Friday (May 5) after a week of supplier presentations, workshops and one-on-one sessions geared towards helping home-based agents and agencies succeed. 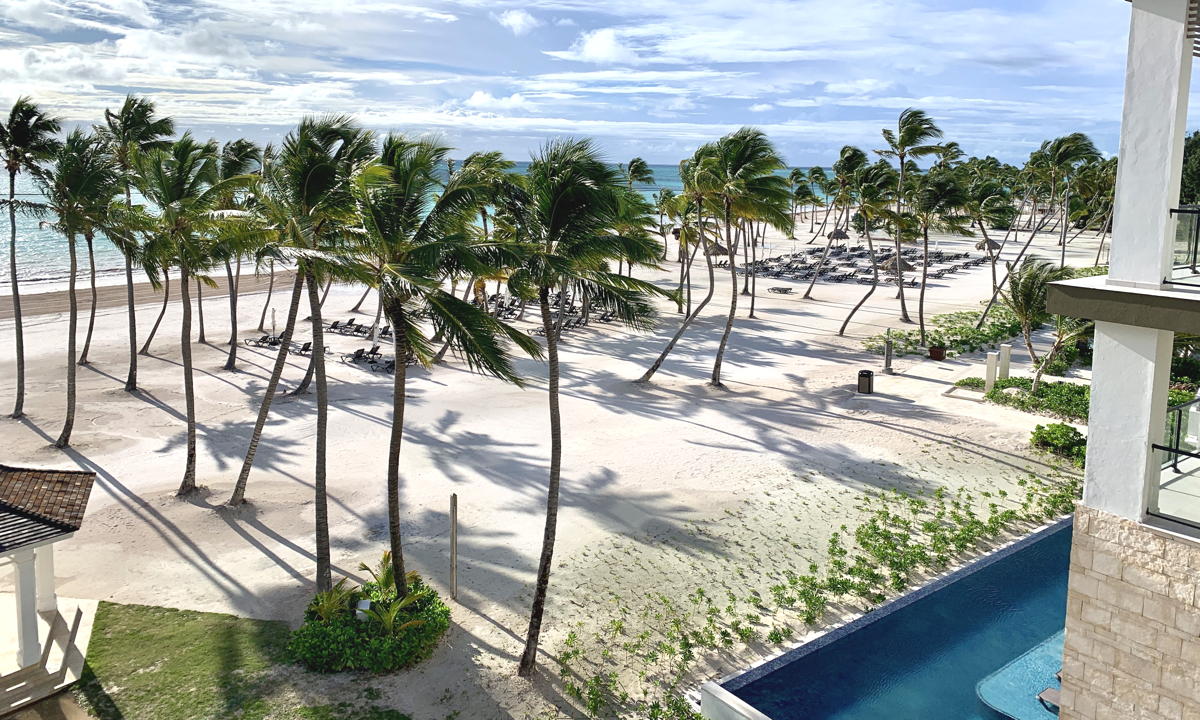 This year’s TTAND conference was called MORE™ U, a university-themed concept that encouraged attendees to be the face of their brand while utilizing ways of working smarter.

“With independent home-based agents, it’s very much geared around them. They are the brand,” Friisdahl told PAX, which covered the conference on location at the all-inclusive Iberostar Selection Playa Mita.

MORE™ U is about “how to get in front of your customers,” Friisdahl explained.

The conference unfolded as TTAND reports a 53.7 per increase in sales over last year to date. 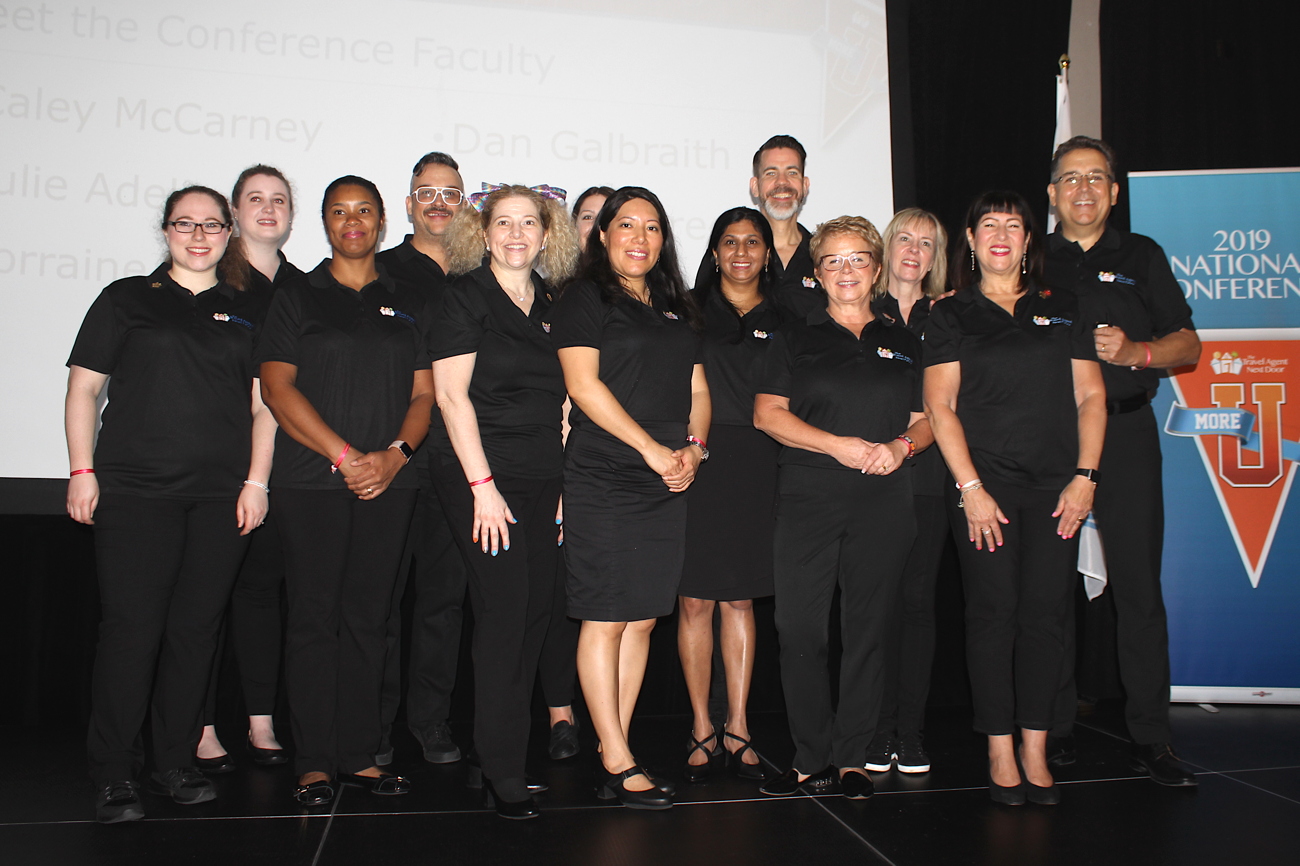 For travel agents like David Rowley, the conference was an opportunity to gain recognition from suppliers as he builds a group-based business geared towards the some 300,000 members serving in the Canadian Armed Forces.

“As my first conference, I want to connect with other agents who may not realize what’s out there,” Rowley told PAX.

Upping MORE™ U’s total attendance to nearly 200 people were more than 30 suppliers, each of whom presented, in addition to an all-star line-up guest speakers.

Among them were Ensemble Travel’s Carl Schmitt (vice-president of marketing) and Lindsay Pearlman (co-president).

“Being here is fantastic,” Pearlman told PAX. “It’s great to see so many people inspired.”

Pearlman applauded TTAND for “providing platforms, tools and technologies that allow people to be successful.” 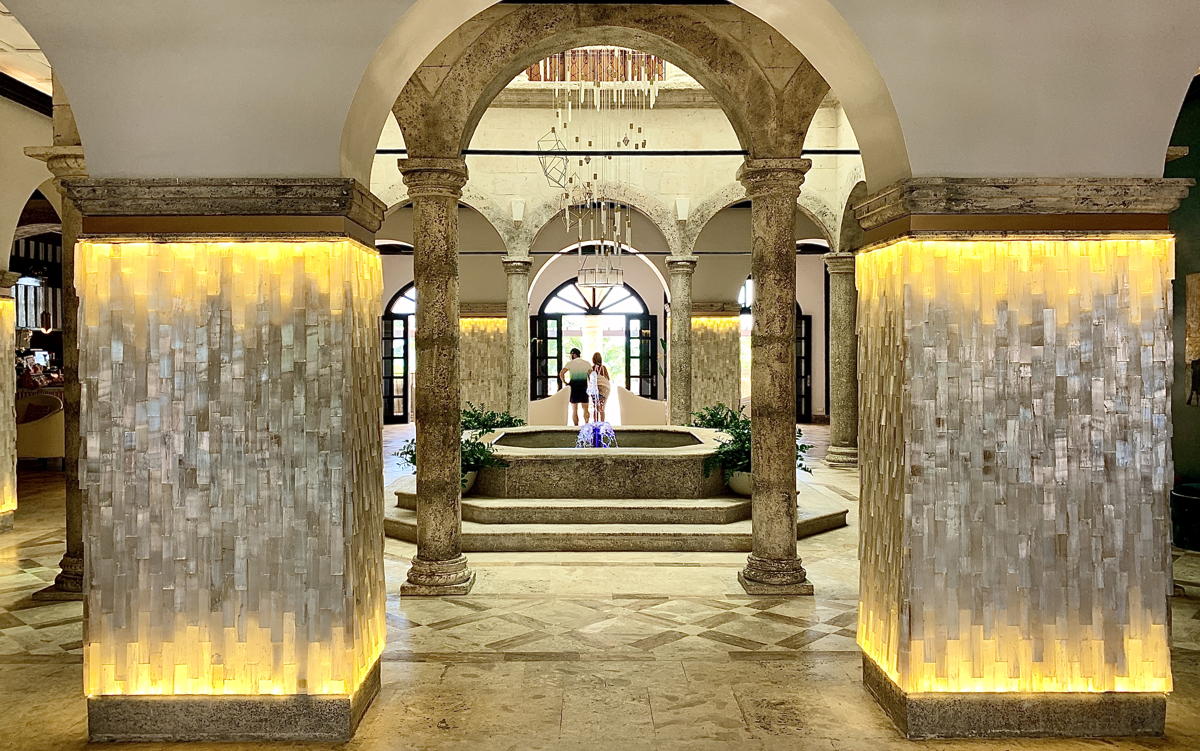 Other guests included high-energy business trainer and author Gary Gzik and keynote speaker Pat Mussieux, whose talk, "You're Killing Your Business Because You're Killing Yourself," offered advice on how to re-gain control of life using her own story as an example.

New this year was a travel agent “think tank,” an open-mic session that gave agents an opportunity to make suggestions and share ideas with Friisdahl and company. 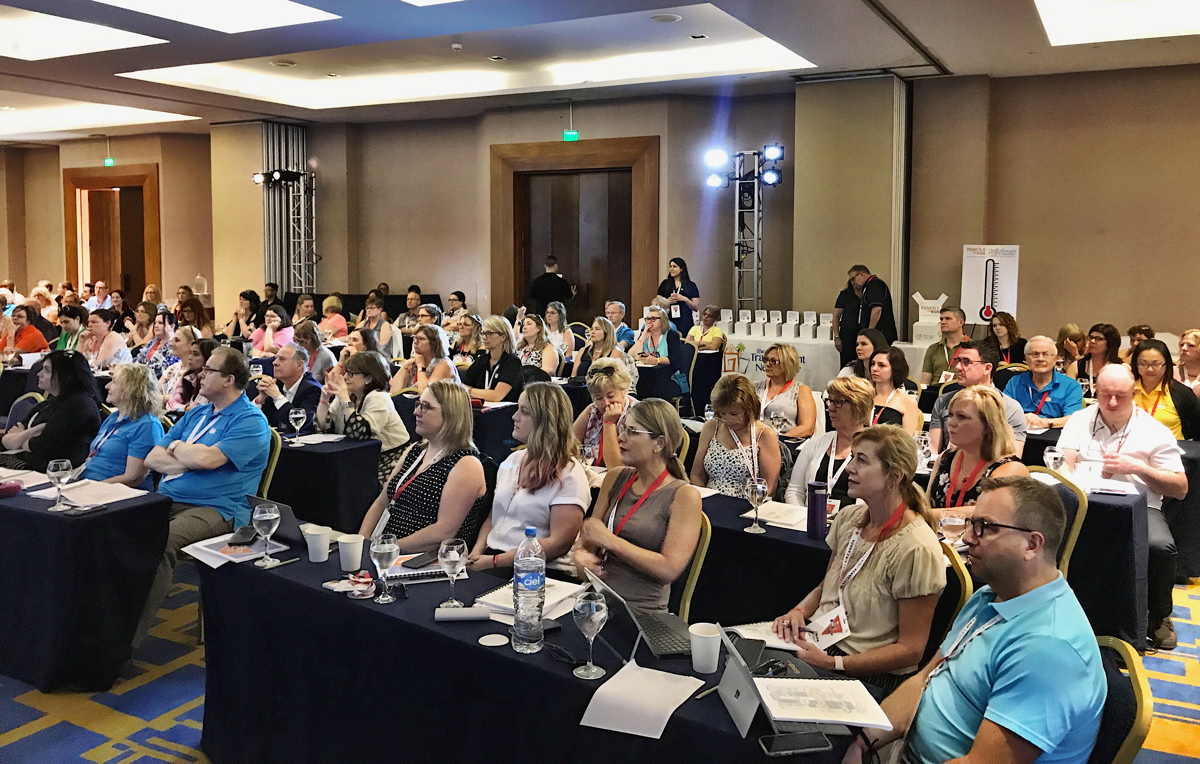 Much of that discussion revolved around the tools and technology TTAND has created for its network of 701 home-based business partners (378 primary agents and 323 associate agents).

“There’s so much stuff we’ve built and it’s so easy to get to,” Friisdahl said, referring to TTAND’s backend system, which features custom-made programs that help with claiming commissions, authorizing payments and setting automated reminders.

“If we can reduce the amount of time agents spend on doing administrative work, [then] they can use that time to grow their business or spend time with their families,” Friisdahl said.

One of TTAND’s newest tools, as officially announced by Friisdahl on Friday, is a zero interest payment program that will be launching this July. 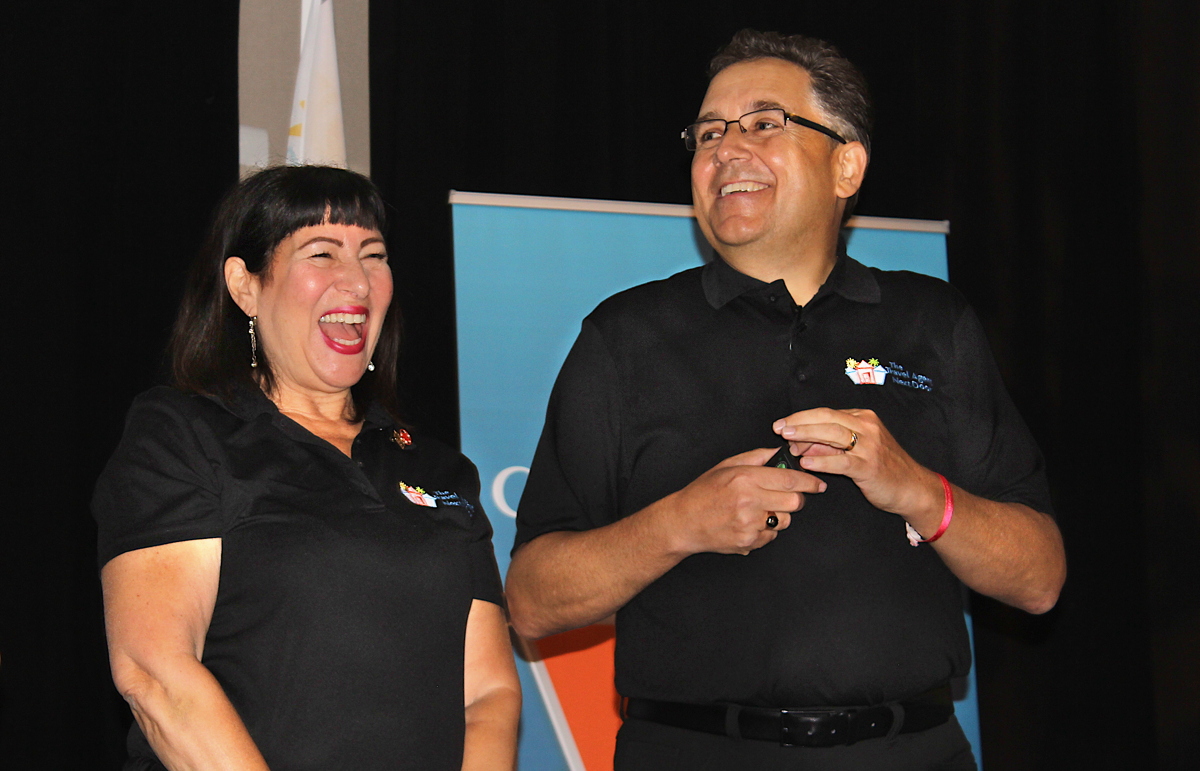 As first reported by PAX, the “travel now, pay later” program will give travellers financing options through equal payment plans spread over three, six or 12 months.

“I really believe it’s something that’s going to make a significant difference in the industry,” Friisdahl told PAX.

Evenings at MORE™ U were reserved for glass-clinking cocktail parties and exclusive dinners.

Air Canada Vacations hosted an ’80s-themed bash on-site at the Iberostar Selection Playa Mita Monday night, while WestJet Vacations whisked attendees to the Reflect Krystal Grand Nuevo Vallarta, one of AMResorts’ newest luxury properties, on Tuesday for a sunset-soaked buffet on the beach.

On Thursday (May 2), TTAND agents became one of the first industry groups to experience Armony Luxury Resort and Suites, a new Marival-Transat venture that opened in Punta de Mita the day prior. 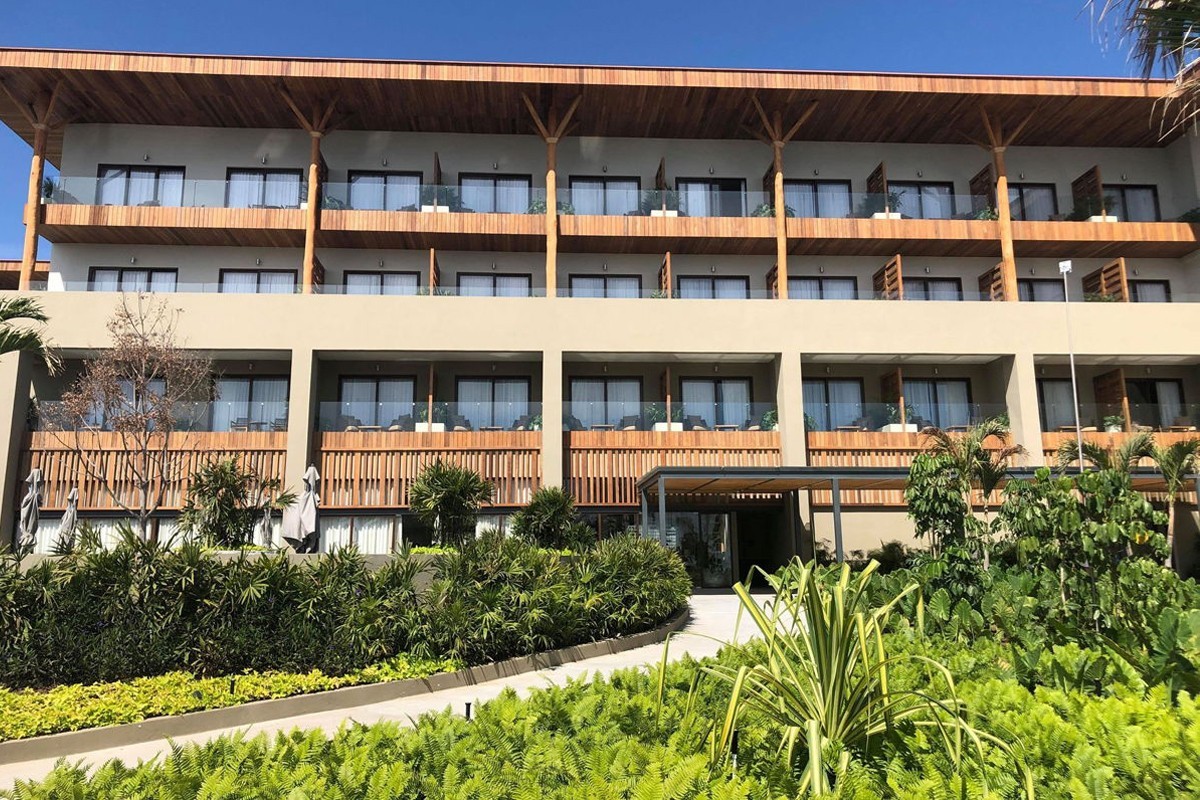 The resort, a parade of warm woods, greenery, pools and modern design, has 268 rooms and suites and includes an adults-only section.

“We have 200 of our closest friends here,” an elated Susan Kooiman, senior business development representative of key accounts at Transat, told PAX at Thursday night’s property visit, which included an omg-did-you-try-the-duck buffet dinner beside a spacious infinity pool that kissed the sky. 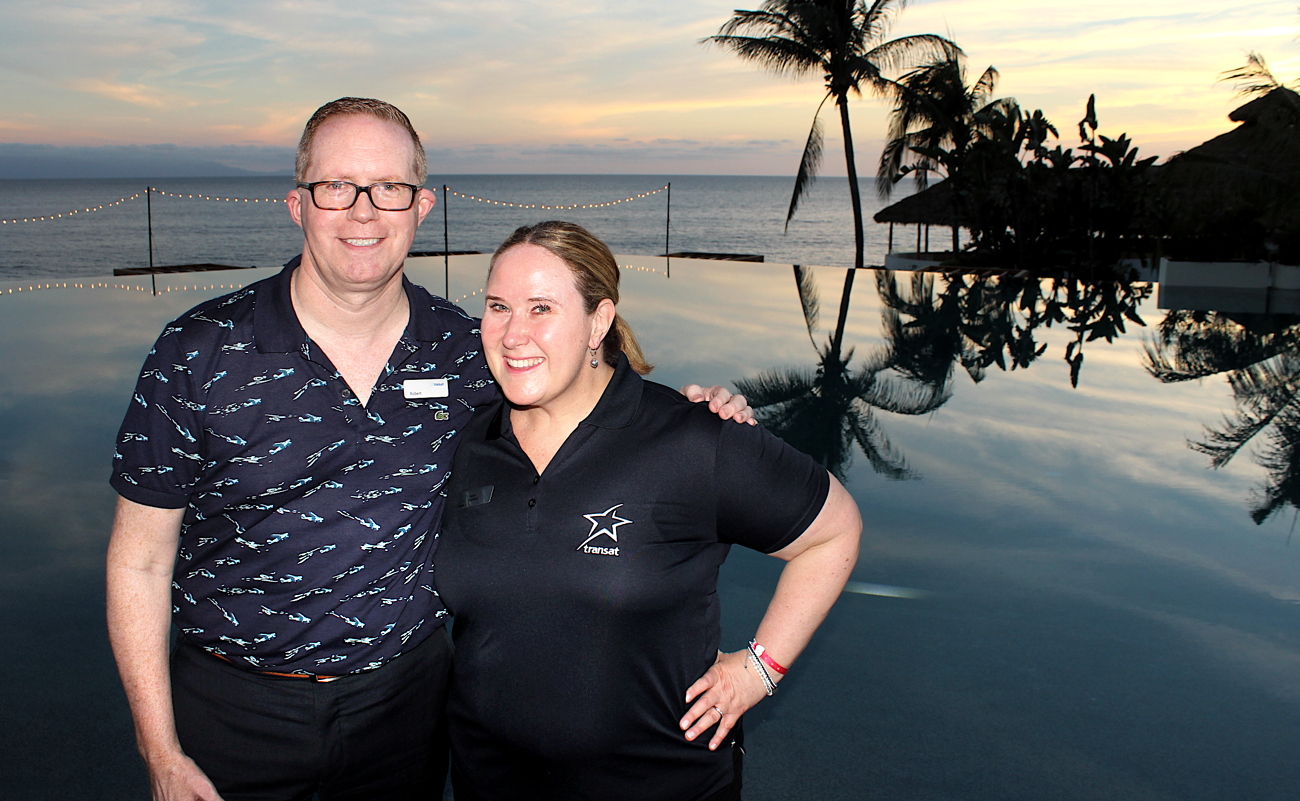 Guests that night were asked to wear blue, a nod to Transat’s corporate colours.

“We’re so pleased to showcase this fantastic property that will be part of the Transat Luxury Collection,” Kooiman said.

With more than 600 people working around the clock, the property, although open, will be fully built by June.

Robert Reed, director of national accounts at Transat, drew attention to the “flexibility” of Armony’s rooms.

“The rooms have the ability to go from one to two to three bedroom suites,” Reed said. “In the hallways, you’ll be able to create a separate door with pull-out doors and create separate entrances.”

“It’s stunning to see what they’ve done with this place and how forward-thinking it is,” he said.

Taking time to give back

“For us and our business partners, it’s important to give back, locally,” Friisdahl told PAX.

On Wednesday (May 1), agents and suppliers spent their morning volunteering at La Casa Clu, an after-school program in San Ignacio, Mexico, that provides a safe space for children escaping domestic violence at home.

The morning was technically a “free time day,” as per the conference agenda, so organizers were beyond thrilled to see almost 100 people participate. 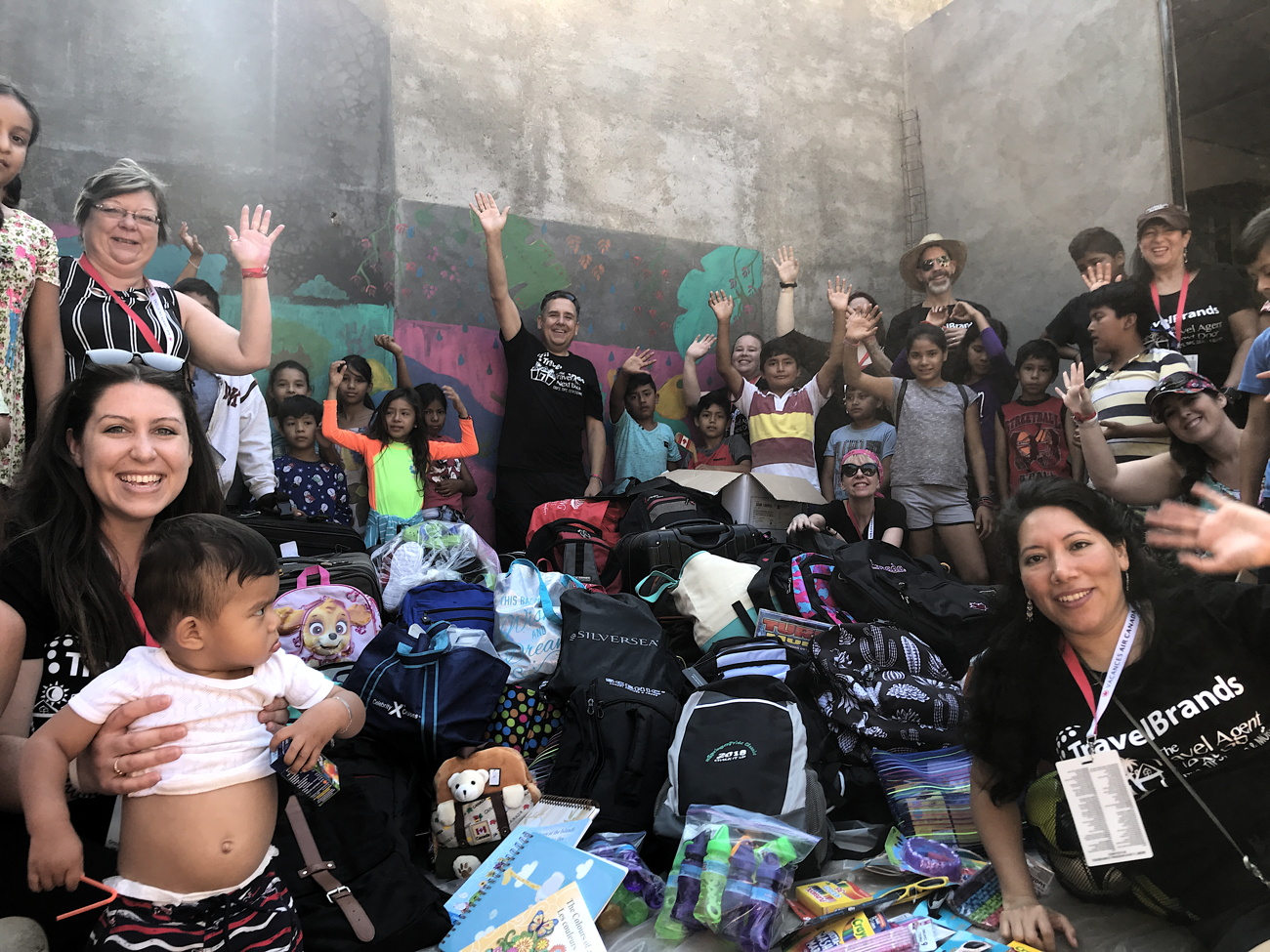 “The children are super excited to have everyone here,” Jessica Zepeda, director of La Casa Clu, told PAX. “They’re not used to playing with adults.” 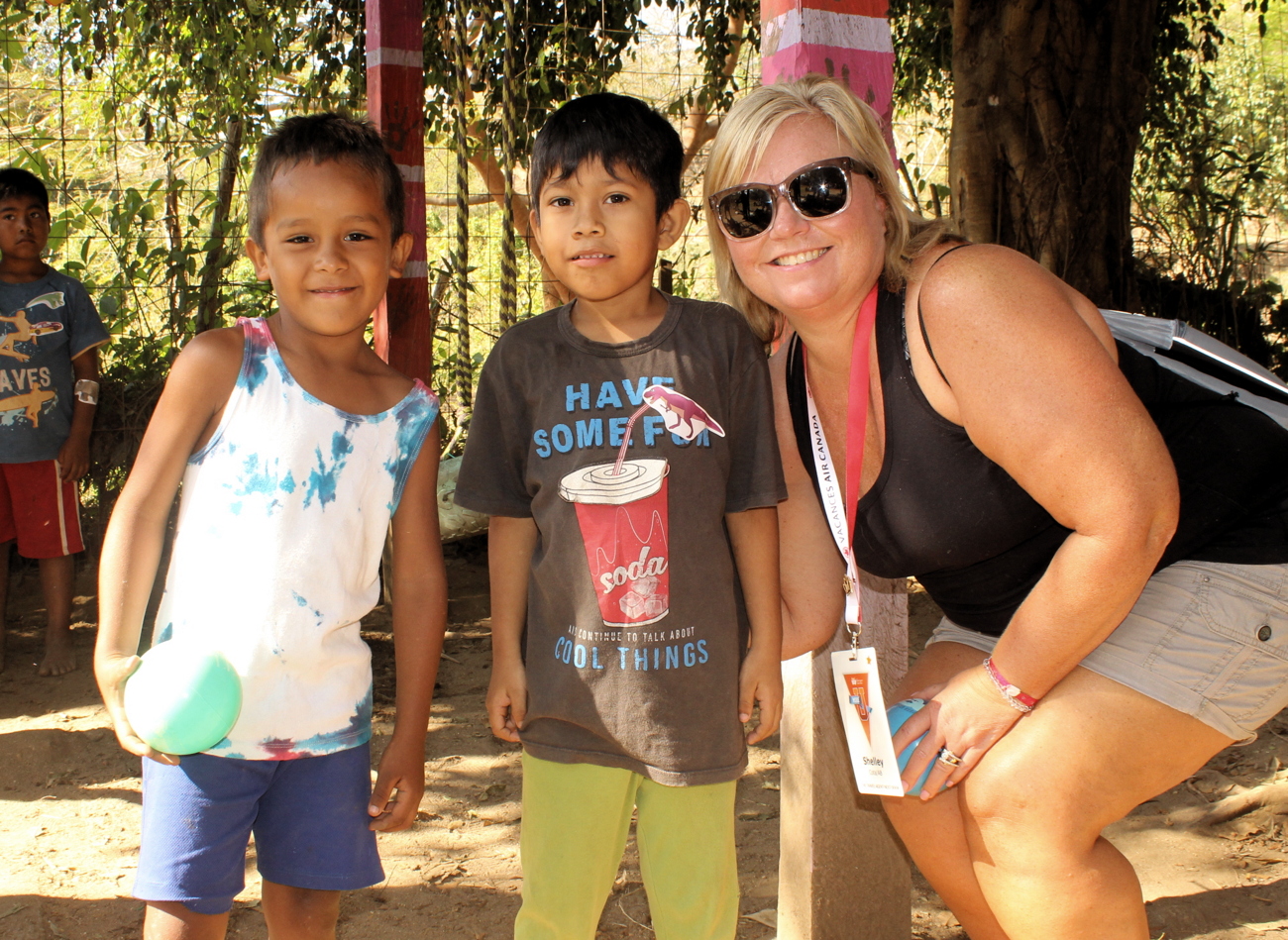 The TTAND contingent was divided into four groups, each of which were assigned tasks around La Casa Clu’s leafy compound: from painting murals and rocks for the centre’s storage shed and garden to planting bamboo around the perimeter to playing games, such as soccer, jump rope and potato sack races. 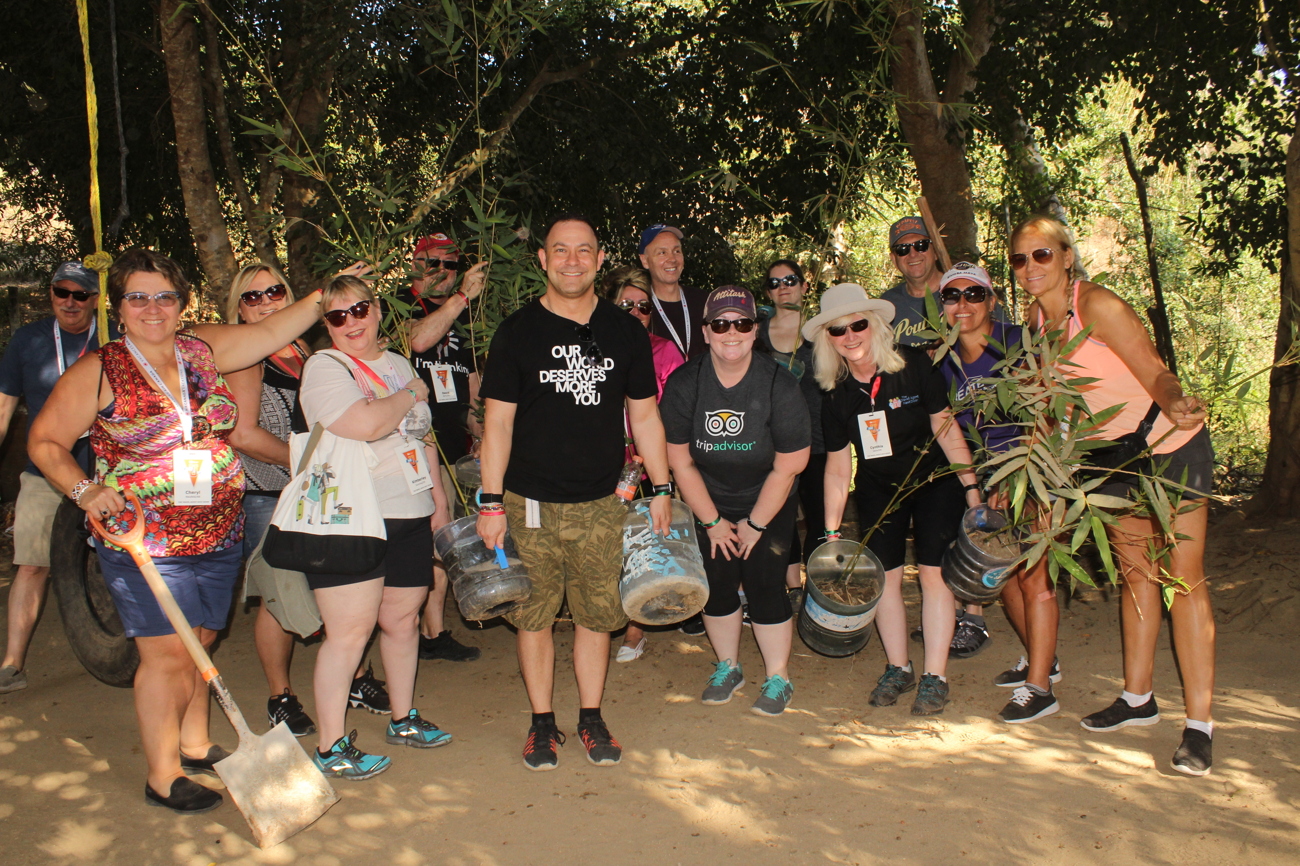 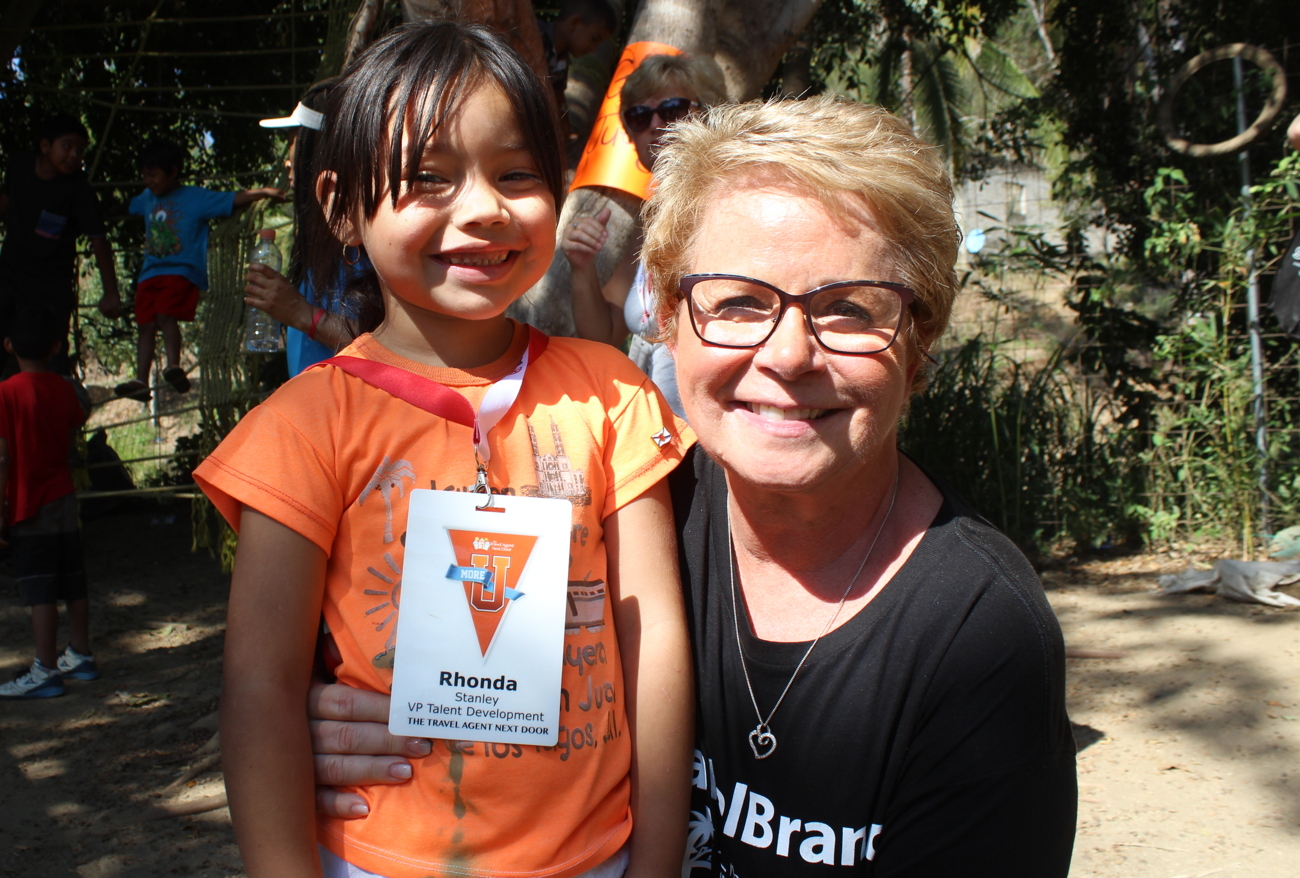 “This is a free day, so it’s pretty special that people are giving up their free time to participate,” said Shannon Smith, director of sales for Ontario at TravelBrands, which co-sponsored the morning. 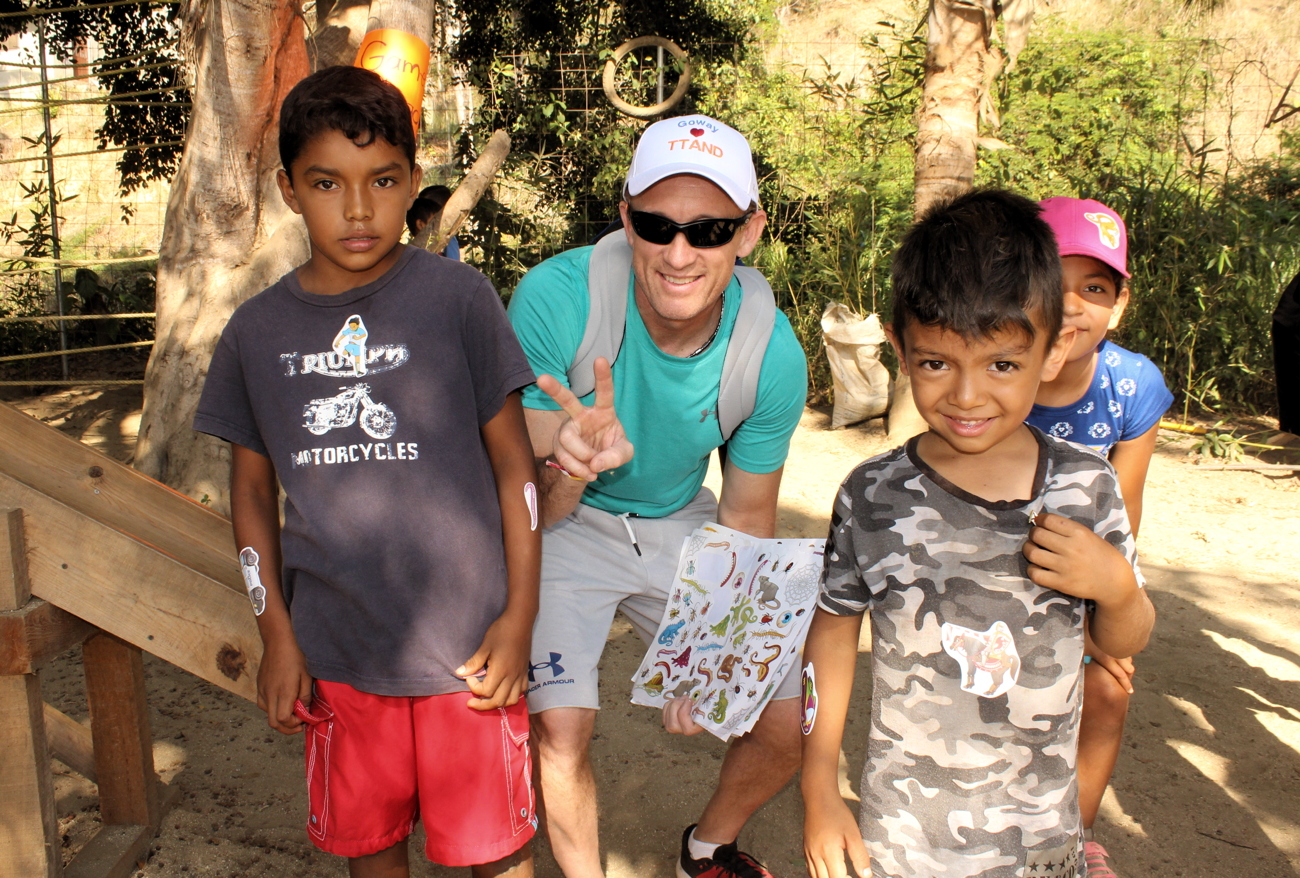 “For kids and adults, play is the best form of therapy,” Zepeda added. “It doesn’t matter if you’re three or 40.”

Returning to TTAND for the fourth year was Robin Mednick, founder of Pencils For Kids, a charity that aims to create sustainable educational programs, resources and infrastructure in Liboré, a commune with 26 villages in Niger, West Africa.

Mednick started the initiative in 2005 after learning from her then-colleague at the time, Dan Galbraith – TTAND’s official photographer and audio/visual producer  – that there were 30 children in the community of Niger who were sharing one pencil. 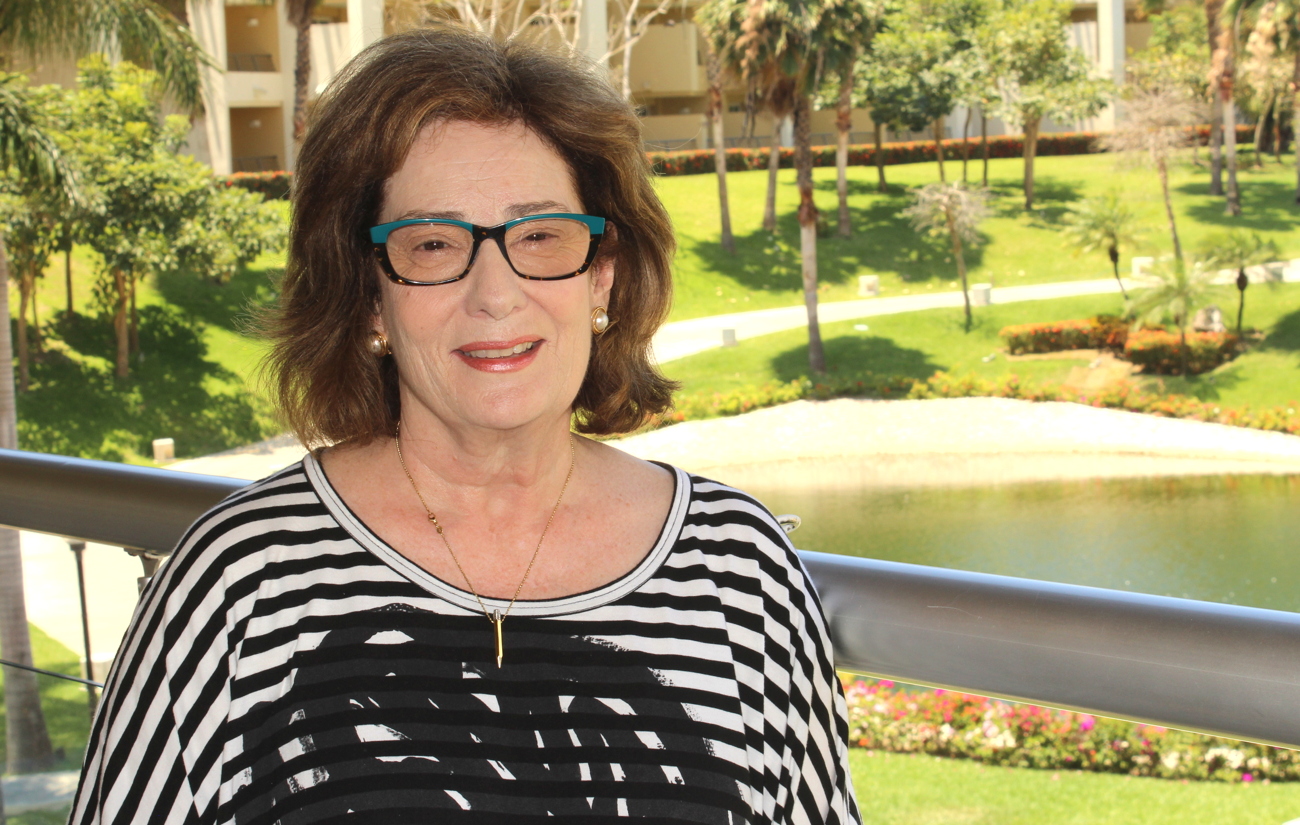 What began as an initiative to simply send school supplies to Niger has since evolved into a multi-purpose non-profit organization that runs a sewing centre, scholarships and farming programs geared towards young girls and women.

Conference attendees were encouraged to donate what they could, and by week’s end, $12,850 was raised for Pencils for Kids, bringing TTAND’s all-time total to $30,600.

“The more aware a travel agent is about stories, the more they are able to empower their customers and themselves,” Mednick told PAX.

And why are travel agents good ambassadors for world issues?

“Many of them have been around the world. They’ve sent clients to different places in world. Their clients come back with stories. Travel agents are at the cusp of knowing,” Mednick said.

“I think travel agents are the perfect audience for a story like this and so many others,” she said.

MORE™ U concluded with a  dinner and awards ceremony, which included a video message from Jane Clementino, director of agency sales at WestJet, who announced the location for next year’s conference: Moon Palace in Montego Bay, Jamaica. 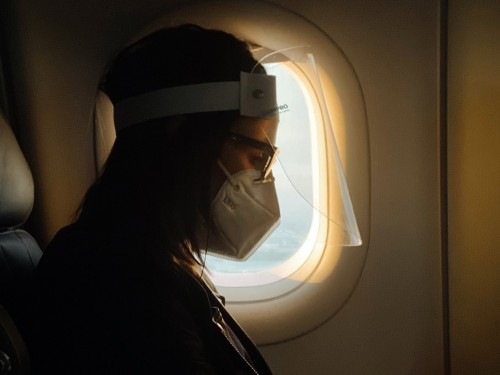 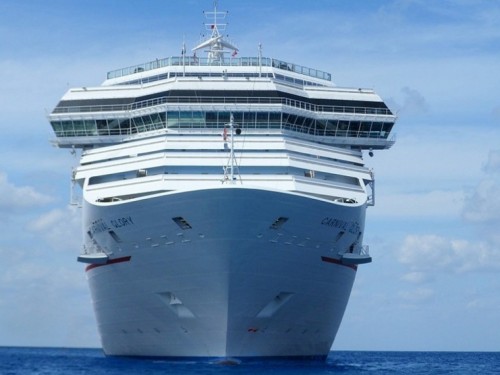