So what makes the gay and lesbian travel market unique?

The inaugural event, which Mendonça organized alongside his business partner Darrell Schuurman, was held as cities and towns across Canada begin to raise rainbow flags to mark the beginning of gay pride season.

“We wanted to provide an opportunity for like-minded people to come together, network, make new friends and hopefully do business together,” Schuurman, a managing partner at DNA Marketing, told PAX at the event, which unfolded on an outdoor patio decorated with rainbow balloons. 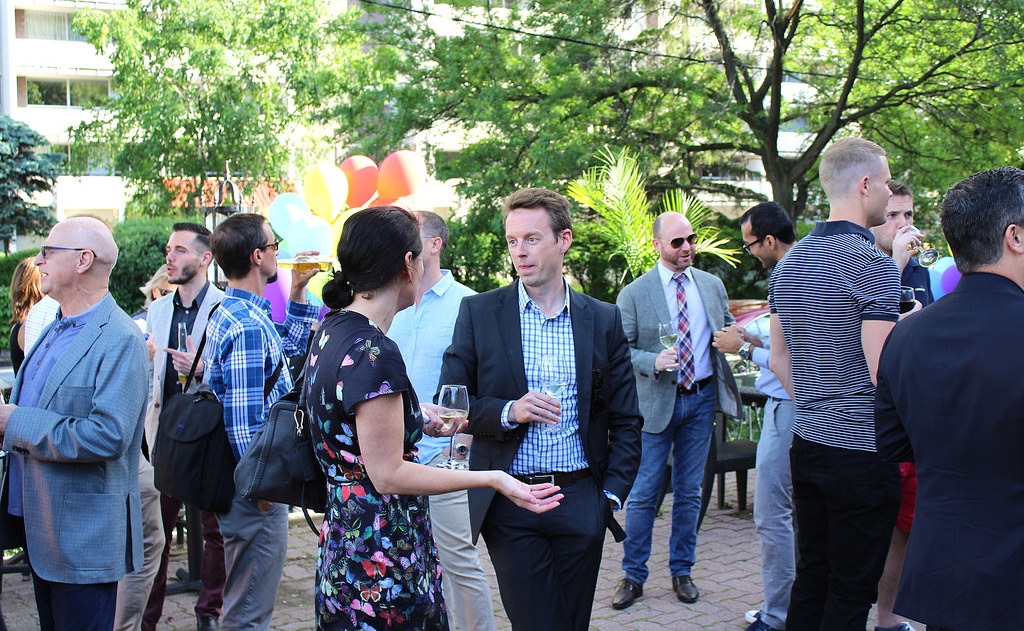 Attendees mix and mingle at Just beCAUSE

According to Mendonça, there’s “a lot of misconceptions” about the LGBT travel market.

“It’s not just about putting up a rainbow flag and thinking you’ll get business from this market,” said Mendonça, who has spent the past five years focusing his business on LGBT travel.

Schuurman estimates that in Canada alone, the LGBT tourism industry is worth eight and half billion dollars.

According to Schuurman, that starts with knowing which destinations are welcoming and inviting of gay and lesbian people, and which ones are not.

Can a same-sex couple walk down the street holding hands? Can they sit together comfortably in a restaurant? Those are types of questions gay and lesbian travellers may ask themselves when booking a holiday, and is something travel agents should be aware of, Schuurman said. 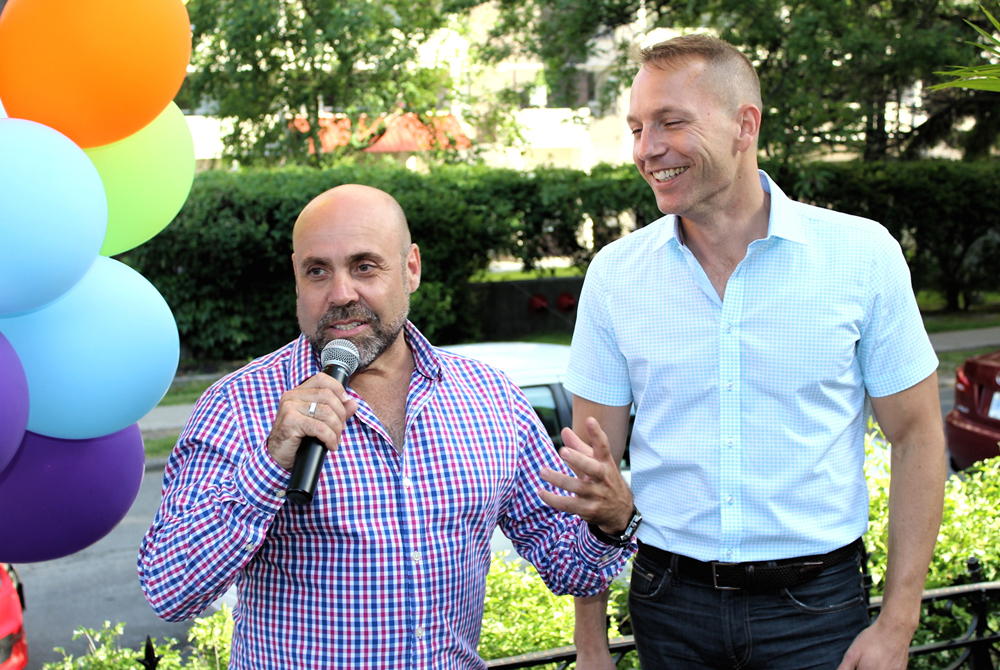 Mendonça and Schuurman at Just beCAUSE

The night also served as a fundraiser for Egale Canada’s soon-to-be-built Egale Centre, Canada’s first and Toronto’s only facility dedicated to providing transitional and emergency housing to homeless LGBTIQ2S youth.

The 17,500 square foot, $10-million dollar facility will begin construction this fall in Toronto and will serve as an extension of Egale’s youth outreach, counselling and housing stabilization program, which has be in operation for the past two years, said Ryan Lester, capital campaign director at Egale.

“The reason for homelessness is not complex. When kids are coming out with their sexual and gender identity, they’re being kicked out,” said Lester, noting that one in four homeless youth in Toronto identify as LGBTIQ2S.

Mendonça and Schuurman said their event will happen on a quarterly basis and will be used as a platform to support various projects in the LGBTQ community.

The next Just beCAUSE is scheduled for Sept. 29, 2016. For more information, visit justbecause2016.ca.