This annual event is not only a venue for supplier tradeshows, keynote speeches and stylish networking events – it’s also a time for Ensemble members to mingle with agents from other parts of the world (more than 900 members attended this year, hailing from Canada, the U.S., Mexico and Australia), exchange trade secrets, and share their perspectives on our ever-evolving industry.

Here are a few things we picked up while on the floor at this year’s conference:

Come January, our home and native land will celebrate its 150th birthday, presenting a unique opportunity for Canadian-based agents to reach out beyond their usual wheelhouse and offer expert advice to inbound and homegrown travellers alike. 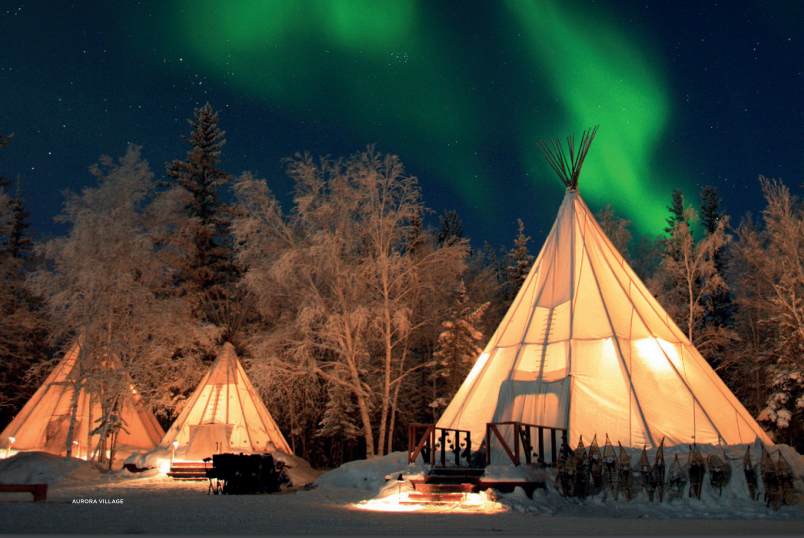 Susan Mercredi, president of Touch the Arctic Tours, a Canadian destination management company for the Northwest Territories, is looking forward to capitalizing on the special milestone, as more often than not, visitors who venture to Yellowknife, the region’s capital, are pleasantly surprised by what they find.

“Yellowknife is a pretty cosmopolitan place with a young, vibrant arts and music scene,” she said, crediting the city’s multiple diamond mines for lending it a diverse and uniquely attractive quality. “People think it’s ‘Hicksville’ because it’s so remote, but it’s actually exciting, beautiful and fresh.”

In preparation for the anniversary, Air Canada Vacations also alerted conference members to the upcoming arrival of its Canada Program, which will include city stays, fly & rail tours, along with golf, wildlife and ski packages.

2. The Middle East is far from off-limits

Geopolitical issues have been front and centre this year, and as a result, the tourism of many destinations otherwise removed from conflict often suffer. PAX spoke with representatives from several Middle Eastern countries that have experienced tumultuous touristic challenges over the past few years for an update on the current tourism situation.

“Egypt is a much safer place to travel now,” Tarek Mousa, chairman and CEO for Egypt & Beyond Travel said, adding that the government has taken steps to increase security in the country, and that his bookings for 2017 are up by 35 per cent (17 per cent of which are Canadians). “Nothing is guaranteed in this world, but people are hungry for Egypt. They’re ready to put it back on their bucket lists, and Egypt is ready to receive them.”

Ferit Kayrak, president of Vanguard Travel Services in Istanbul, maintained that normal daily life has returned in many ways to the metropolis, but that while European tourists have begun returning in large numbers, North America is still hesitant. 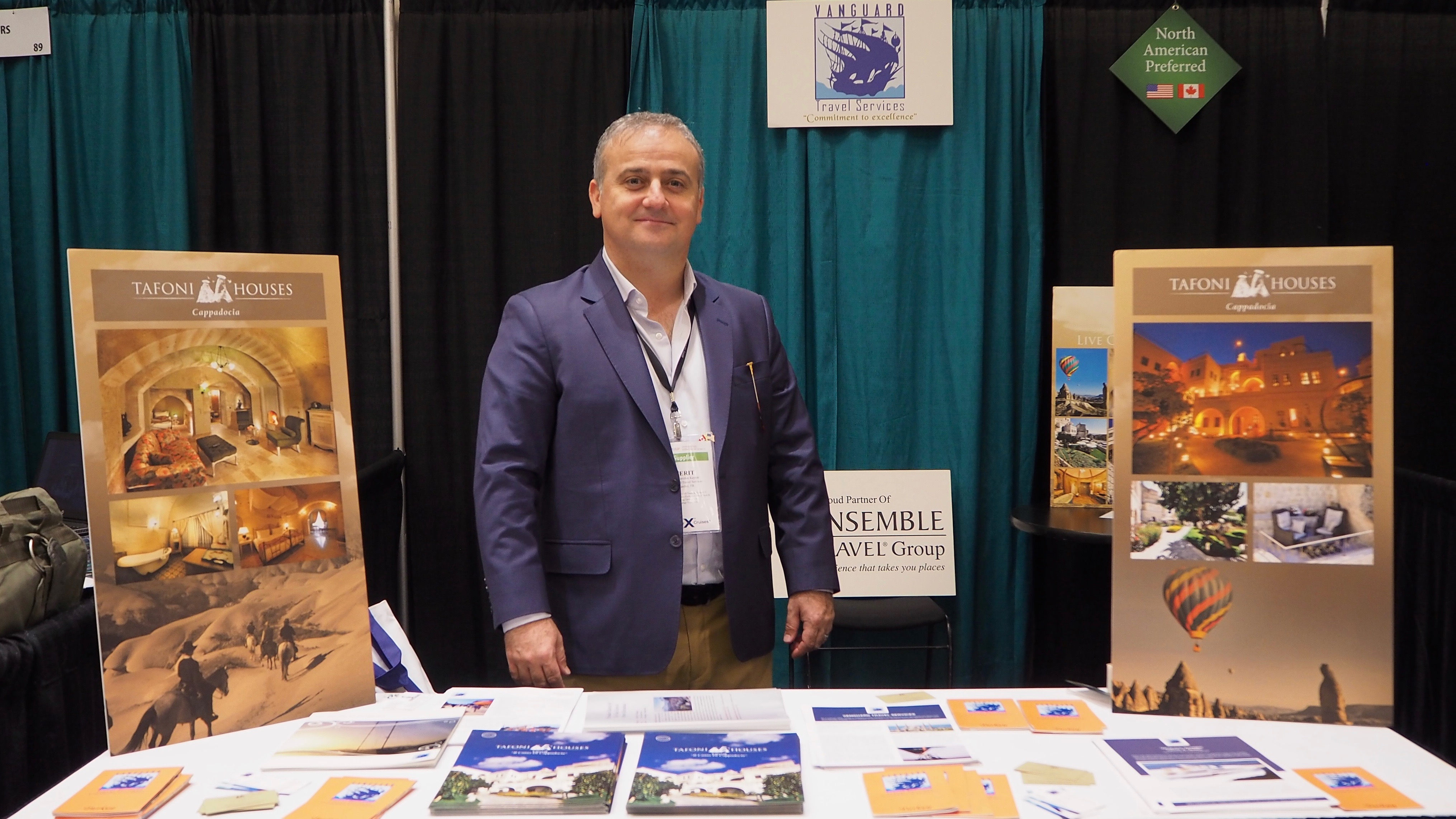 “Society has an altered perception of the destination because of media coverage,” he said, suggesting that if a client has concerns about Istanbul but wants to visit Turkey, agents should consider steering them toward the countryside, or Cappadocia, for their first trip. “They can hot air balloon, hike and bike, visit a spa and combine their trip with Greece,” he said. “Respect your client’s hesitancy - send them elsewhere in Turkey, and save Istanbul for the future.”

Israel, however, is welcoming Canadians in droves, according to Uri Steinberg, Israel Tourism Commissioner, North America.

“From a Canadian perspective, we’ve experienced the best year we’ve ever had,” he told PAX. “Travellers today are more politically and geographically savvy, so while travel to the Middle East is suffering in some countries, our numbers for 2017 indicate we’re headed toward an incredible year.”

As larger companies like TripAdvisor and The Travel Corporation respond to consumer demand for responsible travel options, more and more agents are embracing their role in advising their clients toward sustainable tourism practices.

Jordana Manchester, travel agent and owner of Urban Xenophile, told PAX that while lecturing clients on travelling more responsibly can alienate them, she does find people are more inclined to select the more sustainable hotel or tour option when it is presented to them – and being part of an organization like Ensemble, which offers access to an array of suppliers helps her deliver with confidence. 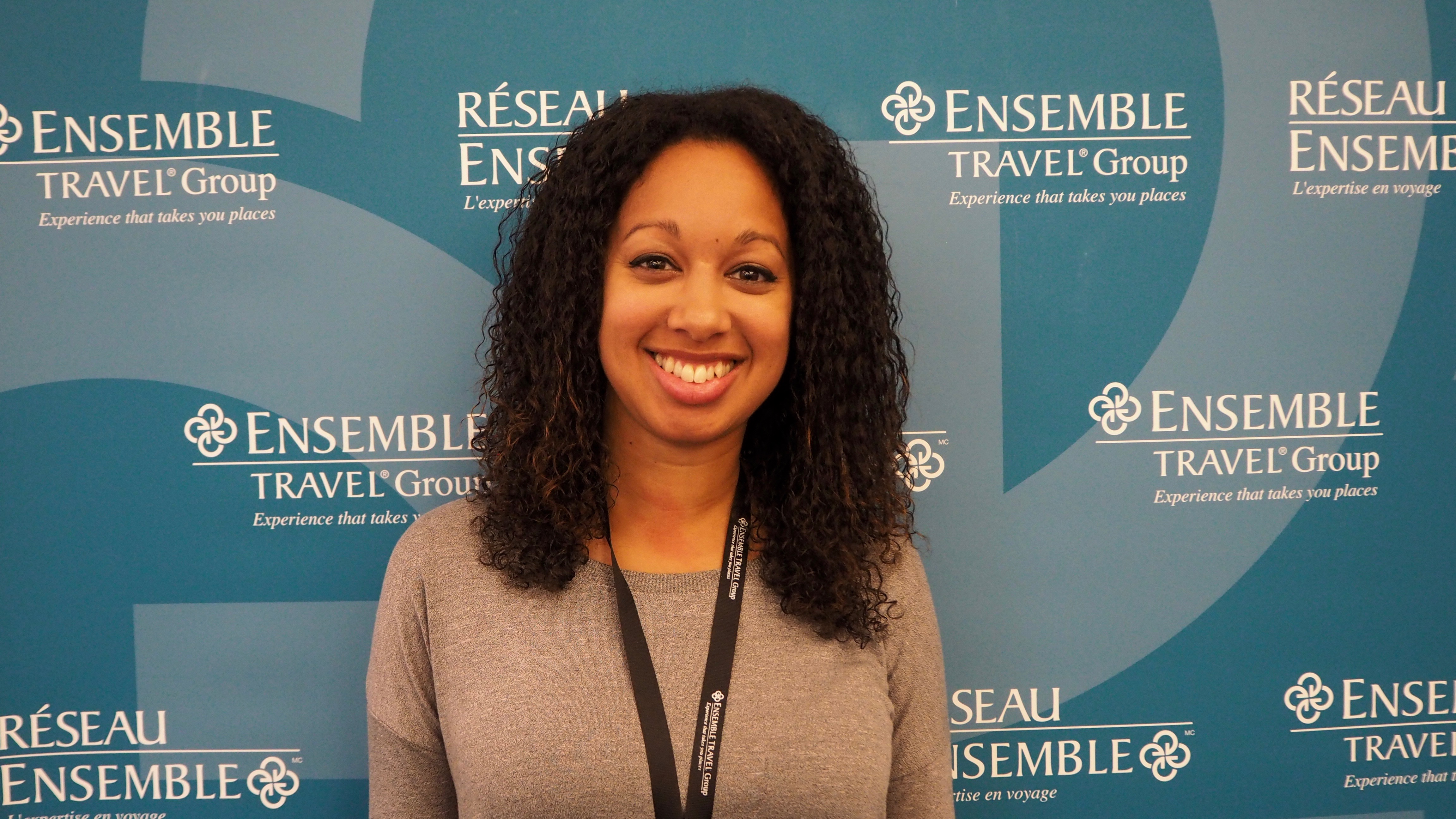 “Joining a consortium like Ensemble allows me to look at a supplier’s background, assess their footprint and whether they support local communities,” she said. “That’s not only important to me, it’s also important to my clients, because that’s the kind of client I attract.”

4. All aboard for Rail Journeys

It’s shaping up to be a banner year for Amtrak Vacations, Via Rail and Rocky Mountaineer, thanks to a surge in interest over train travel.

In a presentation to members, Rocky Mountaineer touted the rising trend – and the arrival of Canada’s 150th anniversary – as an excellent reason to suggest rail travel to a client, citing Canada as not only safe and conveniently-located for U.S. travellers, but also cost-efficient.

Likewise, Yankee Leisure Group, which specializes in rail journeys, positioned rail travel as an ideal alternative for clients who dislike flying, want to see more of their own country, or are simply looking for a different (or more authentic) way to discover a destination. 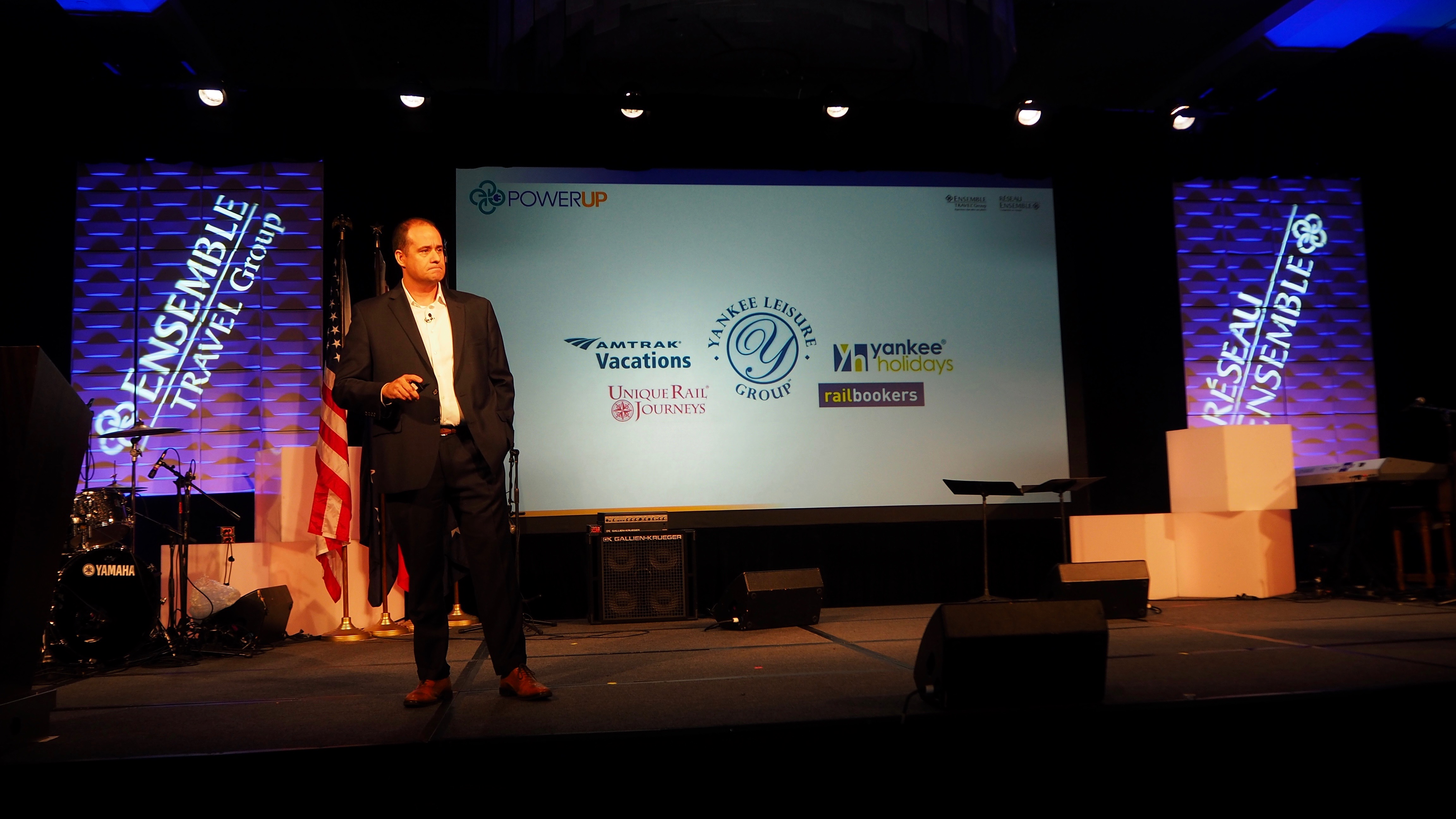 Tracey Nurmi, senior manager, domestic & international sales at VIA Rail Canada pointed out that people are turning to train travel because it allows them to see things they otherwise couldn’t by plane or car – the trick is convincing clients who haven’t realized that riding the rails can be about more than getting from A to B.

5. Technology is moving faster than ever – but agents aren’t alone.

Ensemble’s conference theme, Power Up!, was directly tied to its unveiling of its new online training initiative, University of Ensemble, which will use an online platform and weekly webinars (called “Take 30 Thursdays”) to deliver education to agents’ desktops. 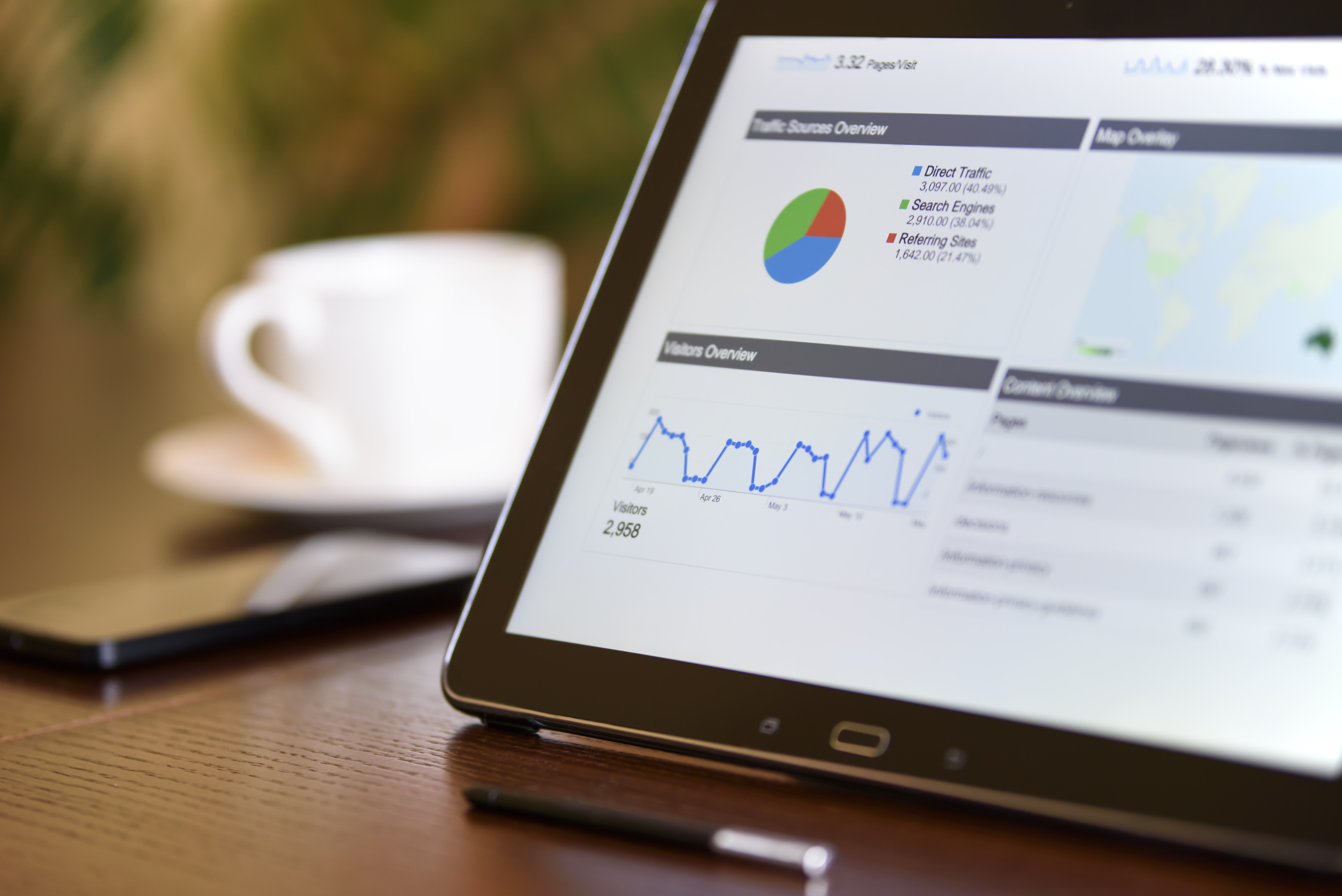 Umapped, an itinerary-building app becoming increasingly popular with travel advisors, was also onsite as an Ensemble partner to showcase how its technology moves agents away from burdensome PDF itineraries, allows them to connect more personally with clients, and makes their lives easier, overall.

“[A greater familiarity] with technology is just something agents need,” Upmapped Founder & CEO Lisa Israelovitch told PAX. “They don’t have a choice.”

She added that the biggest thing holding agents back is their mindset, which is why her company takes steps to hold the hands of advisors learning the Umapped product for the first time.

“We don’t want to change people’s workflow,” she said, pointing out that often, agents avoid trying new technology because they either don’t have time, or they don’t realize how their current habits are holding them back.

“Our job is to make it seamless.”

Canada Jetlines appoints Rossen Dimitrov to board of directors 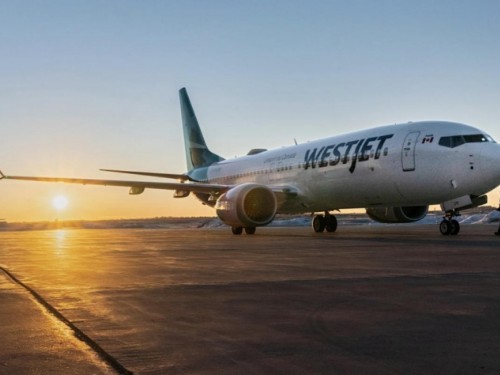