The 2016 Ensemble Travel Group Conference wrapped up yet another whirlwind series of professional development and dynamic networking last Saturday in San Diego, announcing not only that the consortia beat last year’s donation amount during its annual Make-A-Wish® charity auction, but that its 2017 international conference – set for October 16-20 – will be held in Dallas, Texas.

The organization spent the last few days of the conference, which was attended by approximately 900 members and suppliers, by hosting a panel discussion with Arnold Donald, president and CEO of Carnival Corporation, along with two supplier tradeshows.

Donald spoke to the current state of the cruise industry, encouraging agents to look beyond the media headlines when suggesting cruise products and destinations to their clients, and stressed the importance of avoiding temptation when it comes to classifying each client’s needs by his or her age category.

“Whatever the generation, it’s a distribution curve,” he said from the stage of the Manchester Grand Hyatt’s jam-packed Harbour ballroom. “In the end, there’s a diversity of appetite. So just listen to the guests. Try not to cater to just any group; pay attention to the [distinct] needs of every guest, who is each at a different stage or point in their life.”

The value of networking was a common point of appreciation among both members and suppliers on the tradeshow floor; several of whom commented that the conference’s theme – Power Up! – was not only significant to them in the event’s emphasis on the importance of technology, but also in the opportunity to learn from each other in social and professional settings throughout the week.

“Conferences are about education, and you always learn something,” Patrick Luciani, chairman of TravelOnly told PAX, adding that Canadian agents have much to learn from the way U.S. agents do business, and vice versa. “It’s a gathering that brings business opportunities, but also friendships across our borders.”

Luciani also remarked that the yearly conference does much to highlight relevant digital developments in the travel world.

“As an independent agent, I couldn’t keep up with the rapid changes of technology,” he said. “But with Ensemble, they’ve brought tools to the table that allow us to, collectively, really move forward.”

According to Ensemble Co-President Lindsay Pearlman, giving members a good sense of direction on both a partnership and digital standpoint is the conference’s overall goal, adding that every year, the consortium aims to provide “clarity.”

“Our members own this organization,” he told PAX. “So if they have clarity on where we’re going from a technology perspective, and an alignment perspective with our preferred partners and objectives over a three-year period, then they know where to go to achieve their own goals. This will enable them to be more efficient, more effective, and maybe make a little more money in [an industry] that’s going through a significant transition.” 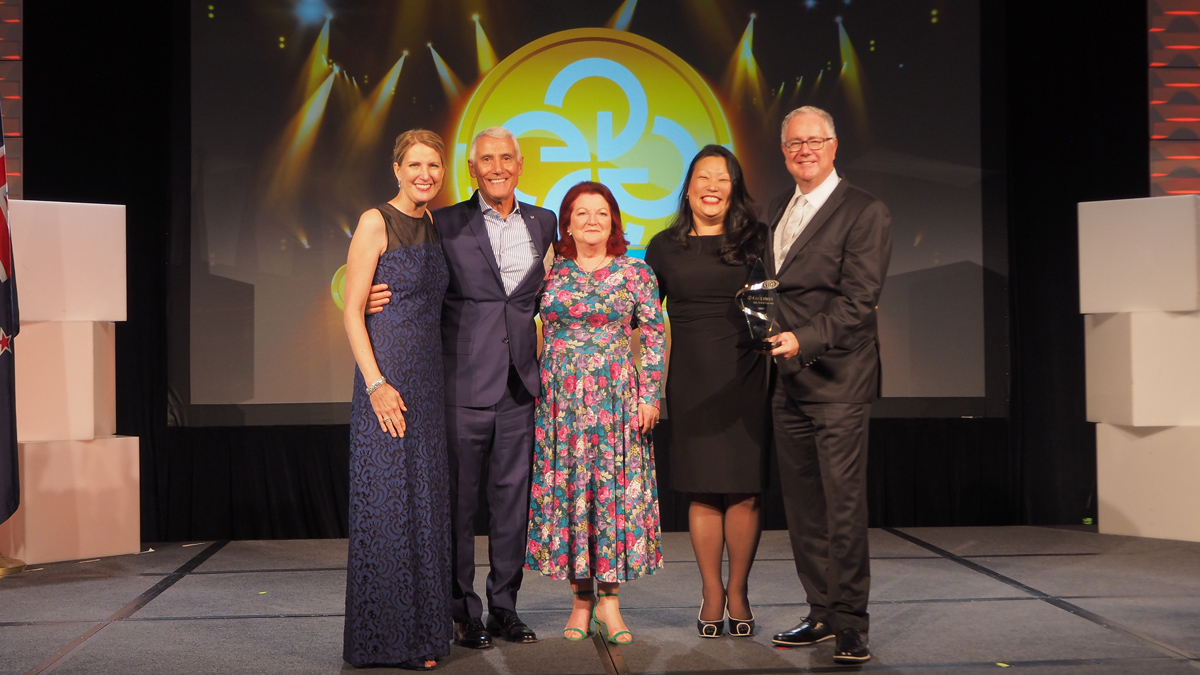 Ensemble honoured its top partners with the annual 'Circle of Excellence' black-tie gala on Friday, where it also held its traditional Make-A-Wish® charity auction, which used supplier-donated trips as a means to raise more than $150,000 (smashing the record of $121,000 from last year) for families in need.

The conference came to a close on Saturday, announcing the locations and dates of several annual Ensemble events taking place throughout the year before bringing down the house with a casually elegant “steel beach party” aboard the flight deck of the famous aircraft carrier, U.S.S. Midway.

Next year’s Ensemble Travel Group Conference will take place at the Hyatt Regency Dallas at Reunion, and the closing conference party will be held on the football field of the iconic AT&T Stadium, home to the Dallas Cowboys.

In case you missed this year’s conference, the award winners and details on future events are listed below:

Ensemble’s top producers in Canada (based on 2015 sales of Ensemble preferred partners):

In addition, the “Highest Growth Award” was awarded to 5 10 Travel of Toronto, ON for achieving the highest year-over-year growth based on 2015 preferred partner sales compared to 2014.

The “Agency Excellence Award,” based on member engagement of the organization’s events, technology, marketing, specialty partners, and express tools, was awarded to Top of the World Travel of Yellowknife, NT. The “Digital Engagement Award,” a new category recognizing the highest engagement across Ensemble social channels, went to Ixtapa Travel of Saskatoon, SK.

Ensemble Extraordinary This series of one-day educational events is will take place across Canada on the following dates: