“If you can travel together, you can do anything together,” said Gregory Luciani, president and CEO of TravelOnly.

The power of connecting in person was on full display this month as TravelOnly held its signature Symposium at Sea, bringing together 75 travel advisors and 12 suppliers on board the MSC Seashore, a Swarovski crystal-infused ship that MSC Cruises debuted in 2021.

The week’s program revolved around a post-pandemic theme of being “Stronger Than Ever” – a message the family-run-and-owned host agency also promoted at its national conference last June. 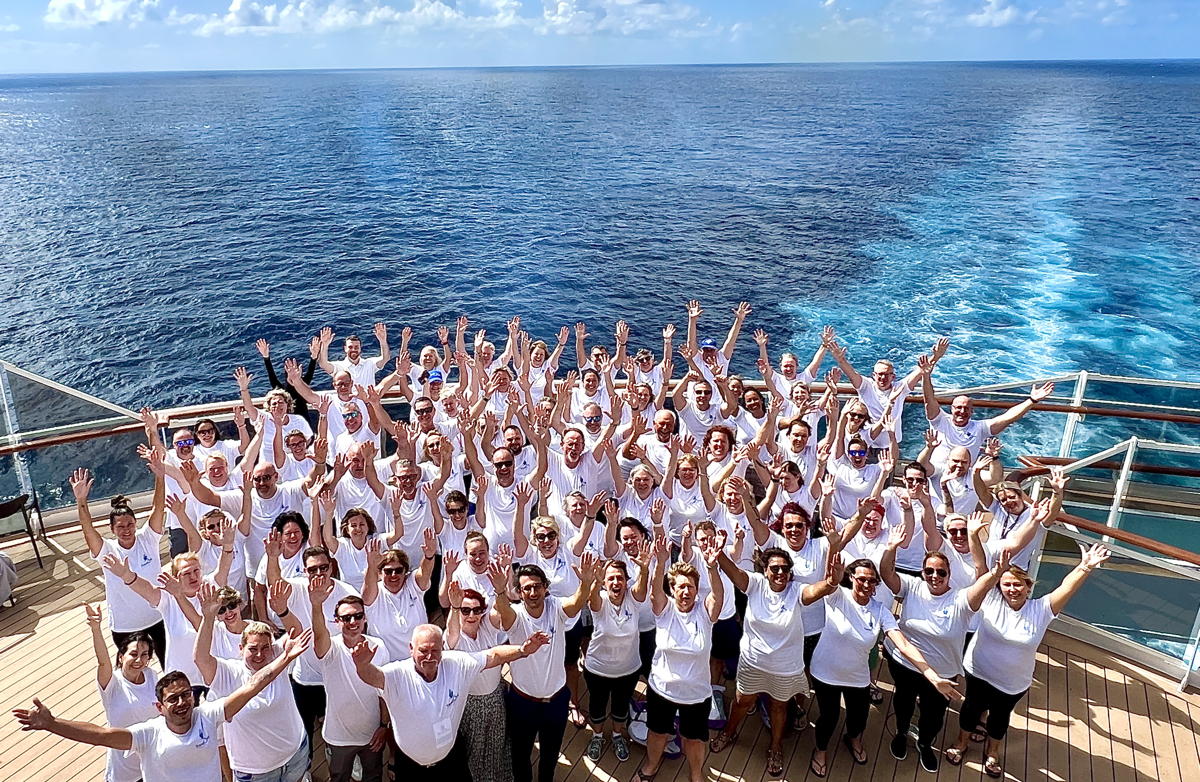 Canadian travel advisors are arguably busier than ever as the pent-up demand for travel reaches all-time highs after more than two-and-half years of pandemic-related setbacks.

The fact that partners took time to join a conference at sea in the Caribbean for a week spoke volumes.

“They're investing in their business when it’s busy and hard to get away,” Luciani said. “But they're doing it, and that's a testament to the power of our Symposium at Sea.” 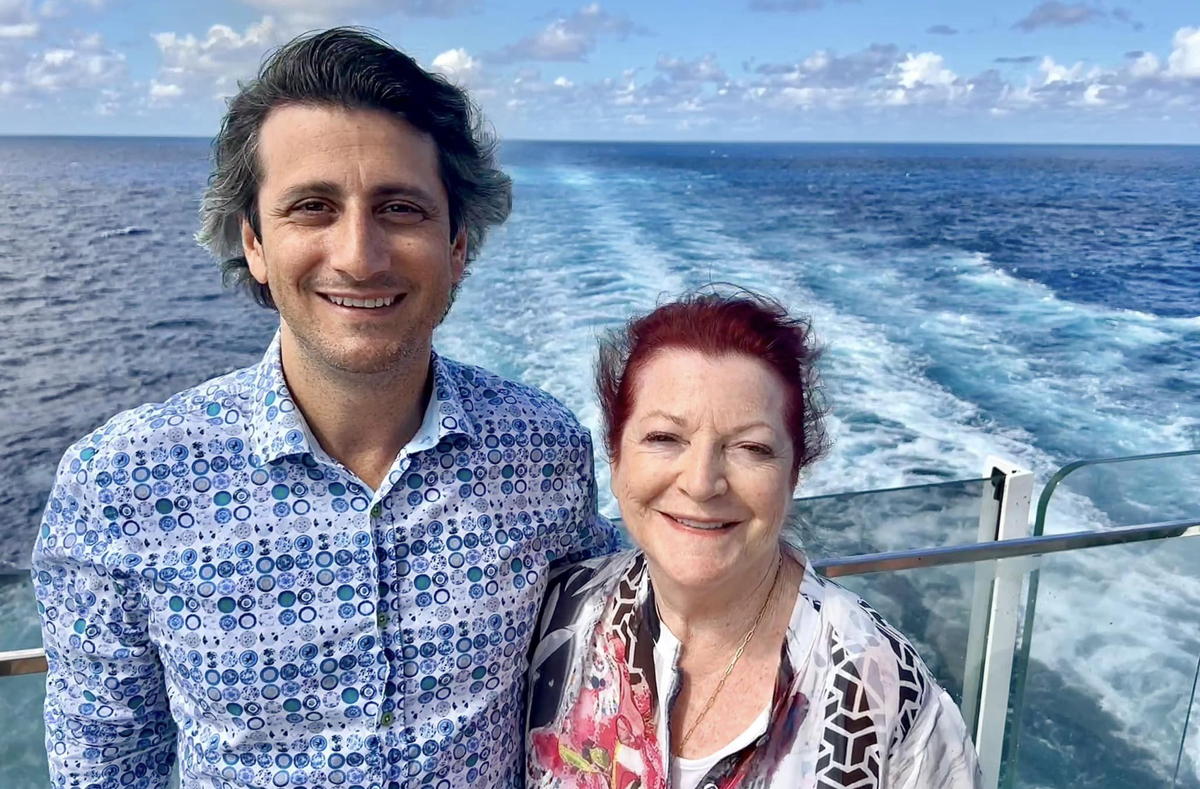 There’s a special camaraderie that forms when travel advisors gain access to suppliers and peers in an organized (yet casual) setting, Luciani explained.

“We all work from home, independently. It’s easy to sometimes feel isolated,” he said. “Trips like this break that boundary down.”

The symposium, which began on Nov. 12 with a cocktail party hosted by WestJet Vacations at the AC Hotel by Marriott Miami Brickell, aimed to help advisors re-connect, strengthen partnerships and acquire new skills that can be implemented right away. 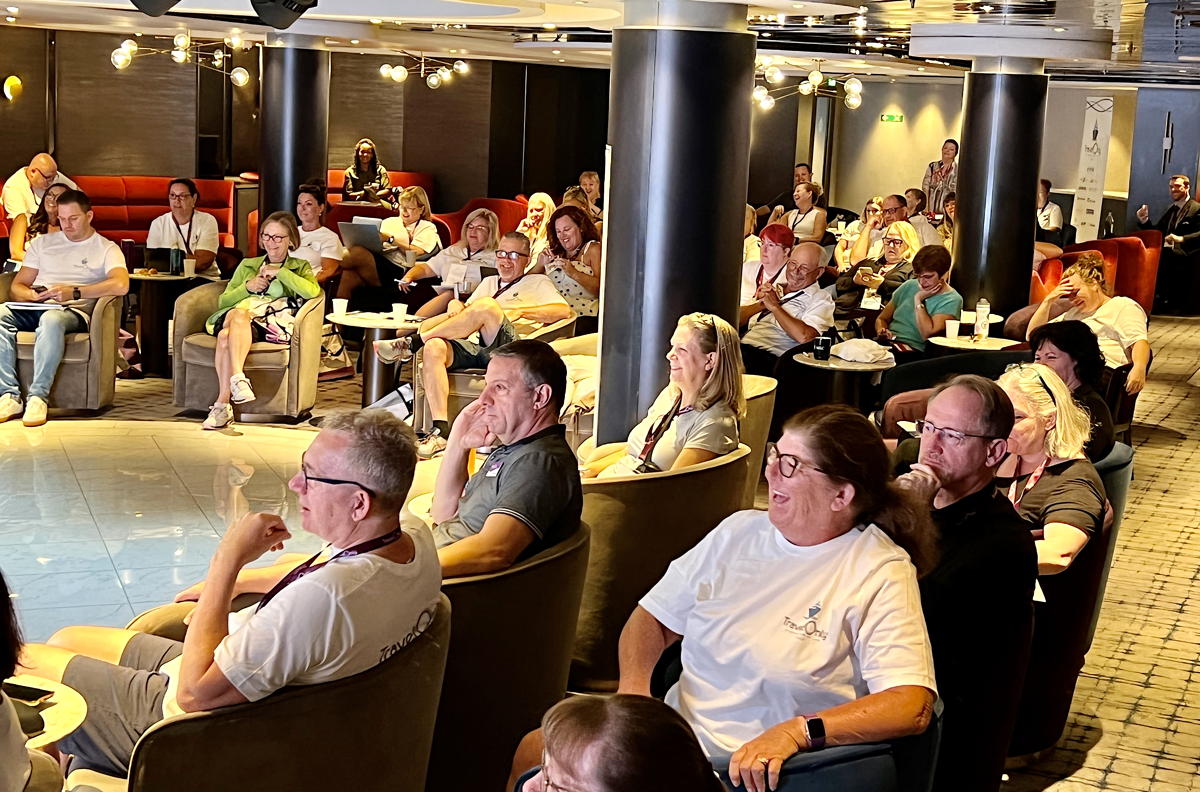 One-on-one sessions where advisors met not only with suppliers, but also with each other, were also organized.

(TravelOnly, notably, has a mentorship program that connects its most experienced and successful agents with new and rising stars within its network of 750 partners).

Agents spent their evenings with suppliers at MSC Seashore’s onboard restaurants and bars. Even a festive Christmas-themed pub crawl was scheduled. 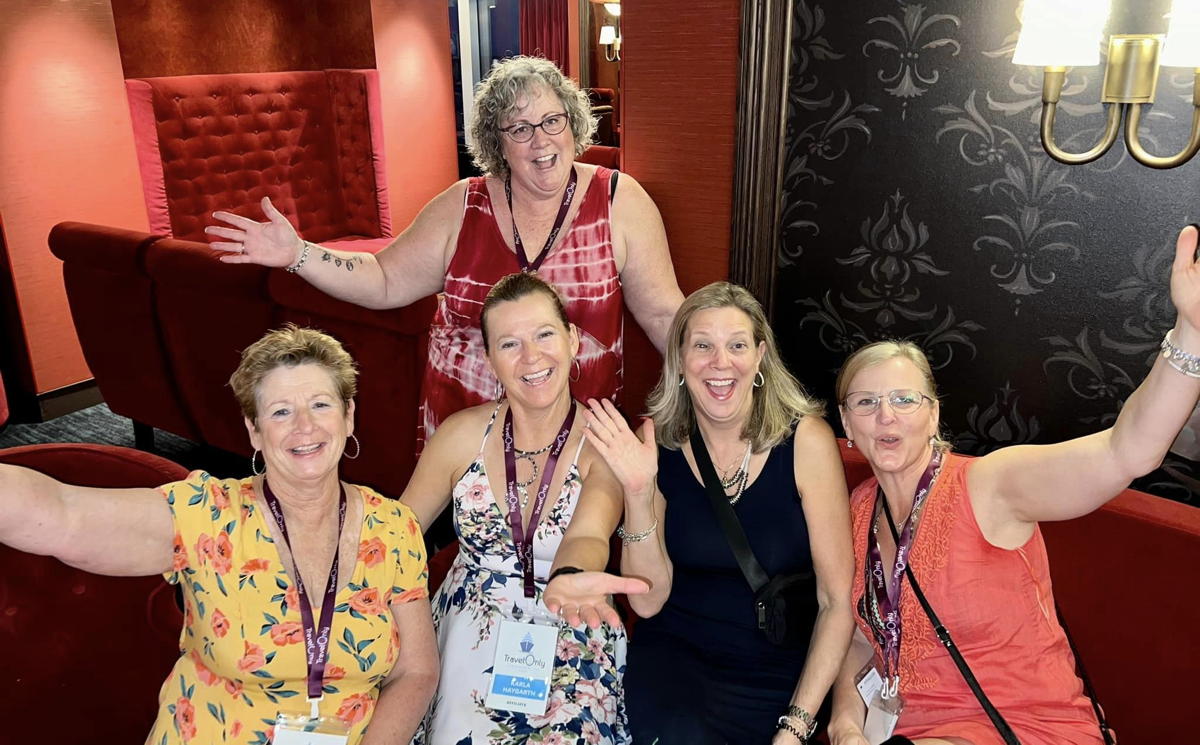 MSC – the “gelato” of cruise lines

On building product knowledge, “Having that first-hand experience [on a ship] is paramount,” said Patrick Collins, BDM for Ontario and Atlantic Canada at MSC Cruises. 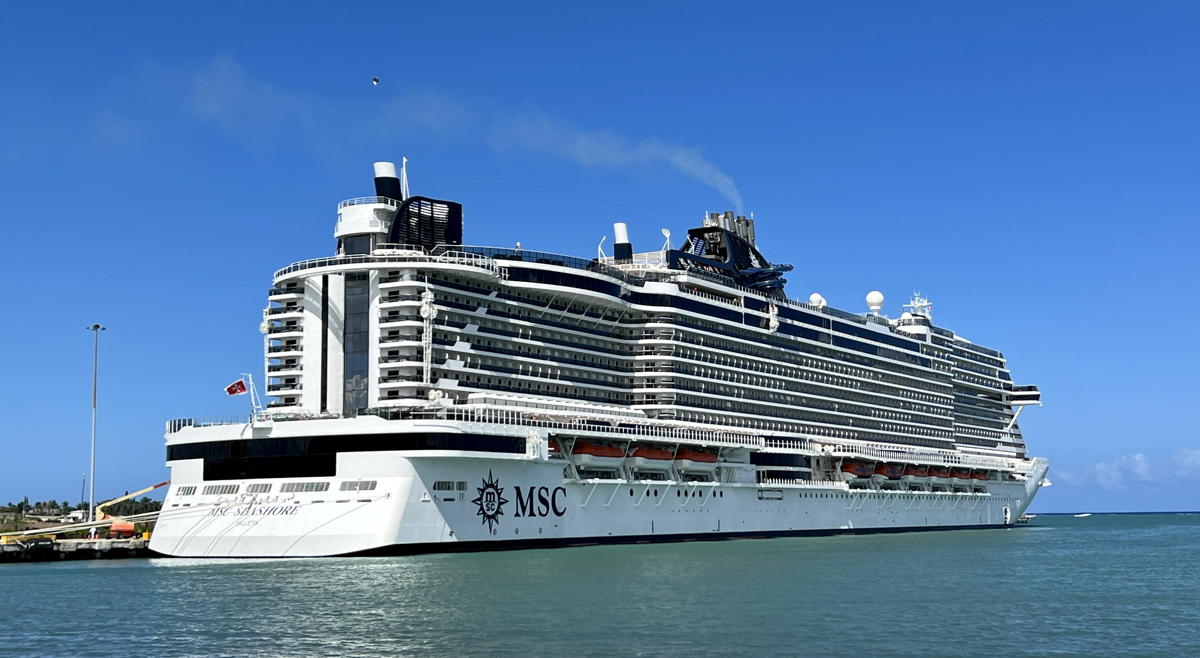 “Engaging all five senses on board is how agents become that authority when talking to guests,” Collins said, noting the recent success of MSC’s Fly and Cruise program, which is offered out of Montreal and Vancouver (and soon Toronto).

MSC, which opened a dedicated Canadian office in 2019, is a family-friendly, Swiss-Italian multi-generational cruise line. 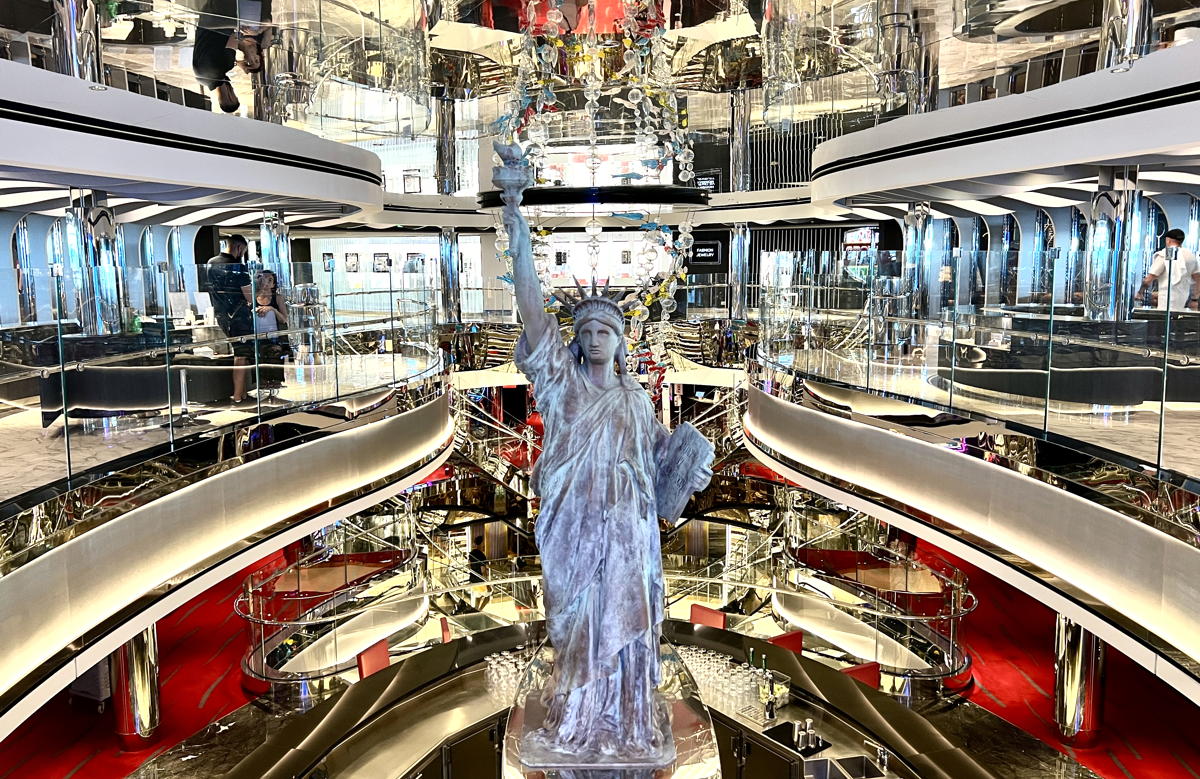 MSC Seashore, with six onboard pools, a water park (including a virtual reality waterslide) and 18 bars and lounges, will soon be joined by a new flagship, MSC Seascape, which will be named in New York City in December.

“If consumers think of their favourite cruise lines as ice cream flavours, MSC is the gelato,” Collins told PAX. “It has that extra European flavour.” 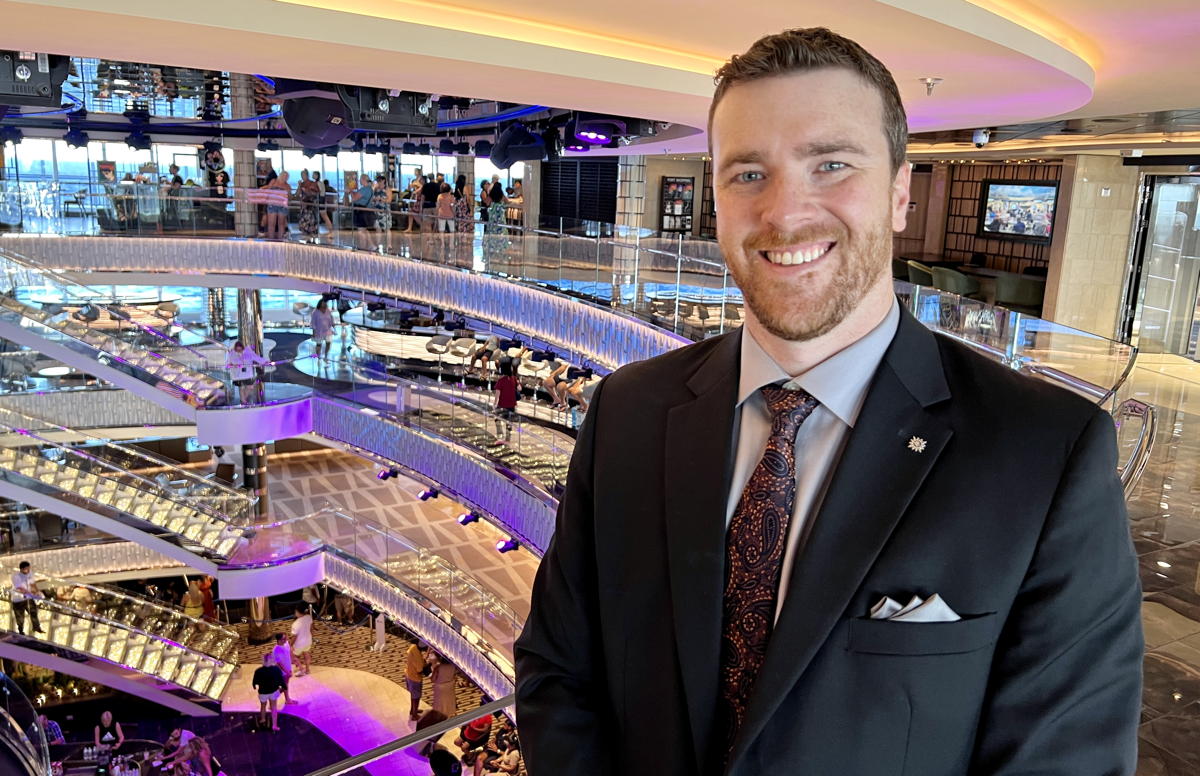 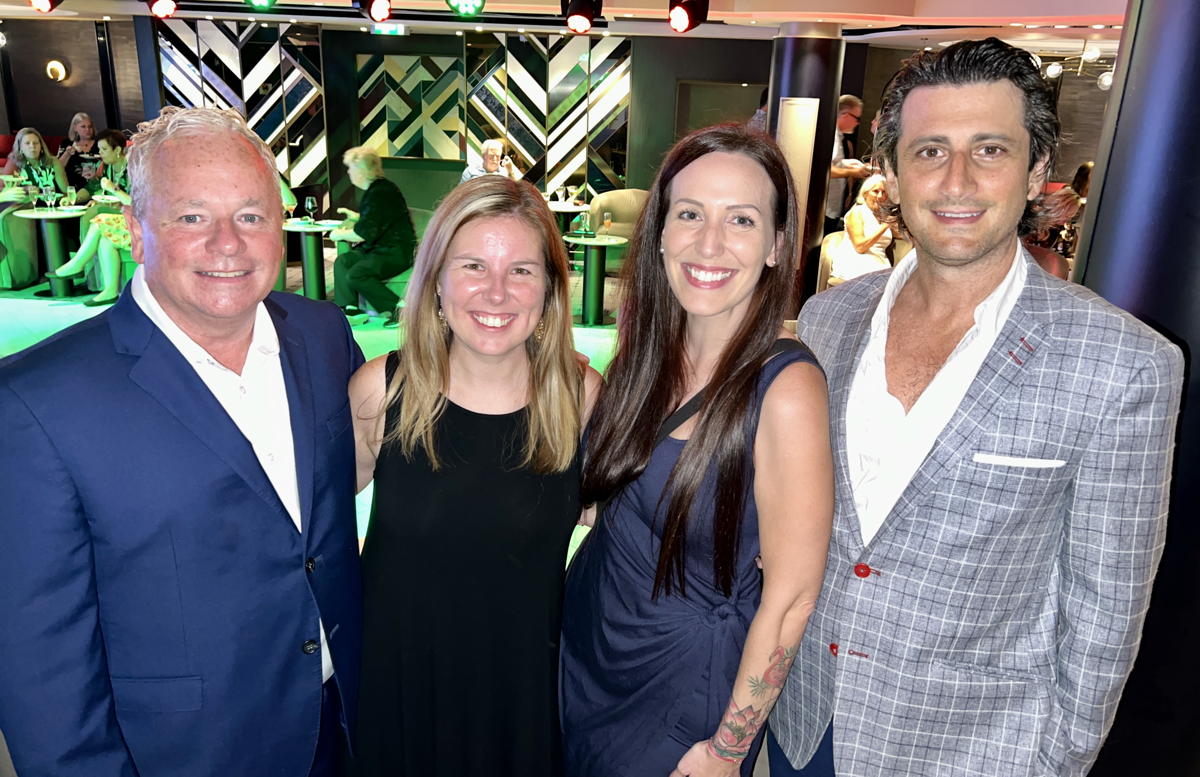 For Jordana Botting, director of business development at Viking Cruises, the week was an “excellent opportunity” to have “many discussions” with TravelOnly advisors.

“Advisors came prepared with great questions and business plans,” Botting told PAX. “I’m looking forward to helping members grow their business (and delight their clients!) in 2023 and beyond.” 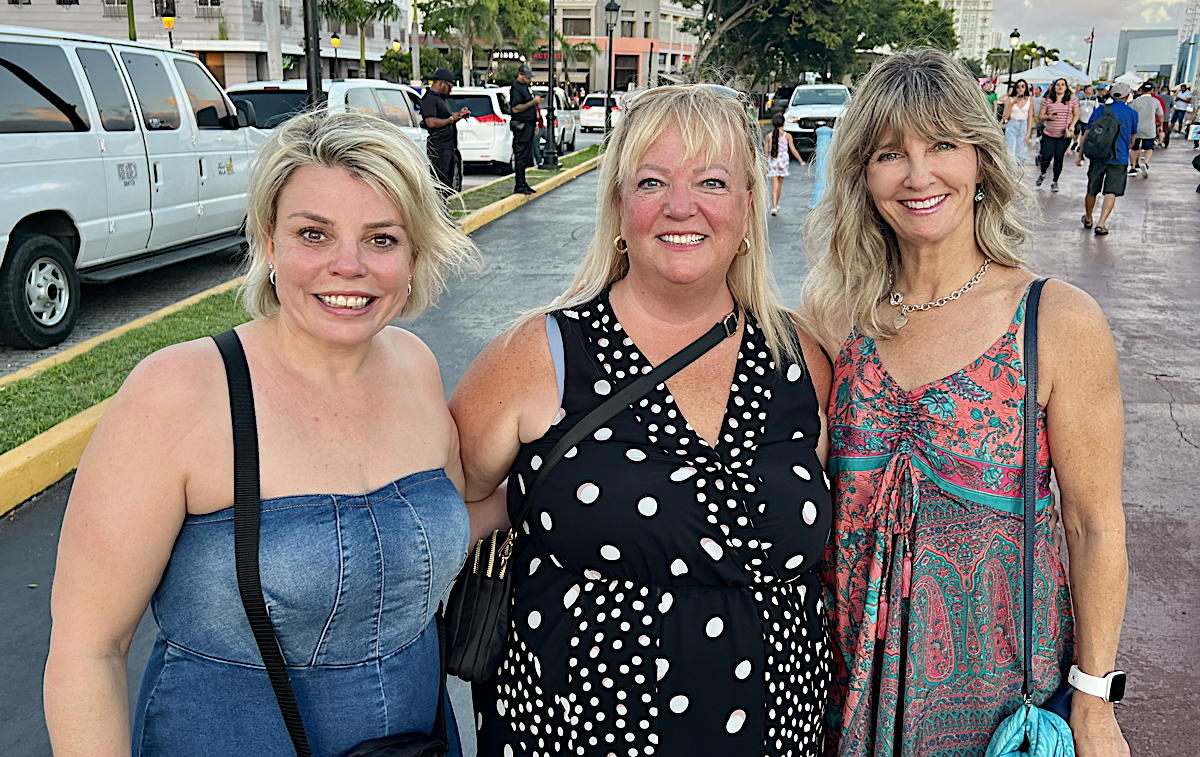 “There’s time to schedule those one-on-ones, whether it be over breakfast, lunch, or dinner, which is the best way to create strategies,” Yeomans said.

The event unfolded as travel advisors see a surge in bookings following the gradual elimination of travel restrictions in Canada.

Since April, when pre-departure testing in Canada ended, sales have “ballistically” been growing, Luciani said.

How long will the boom last? 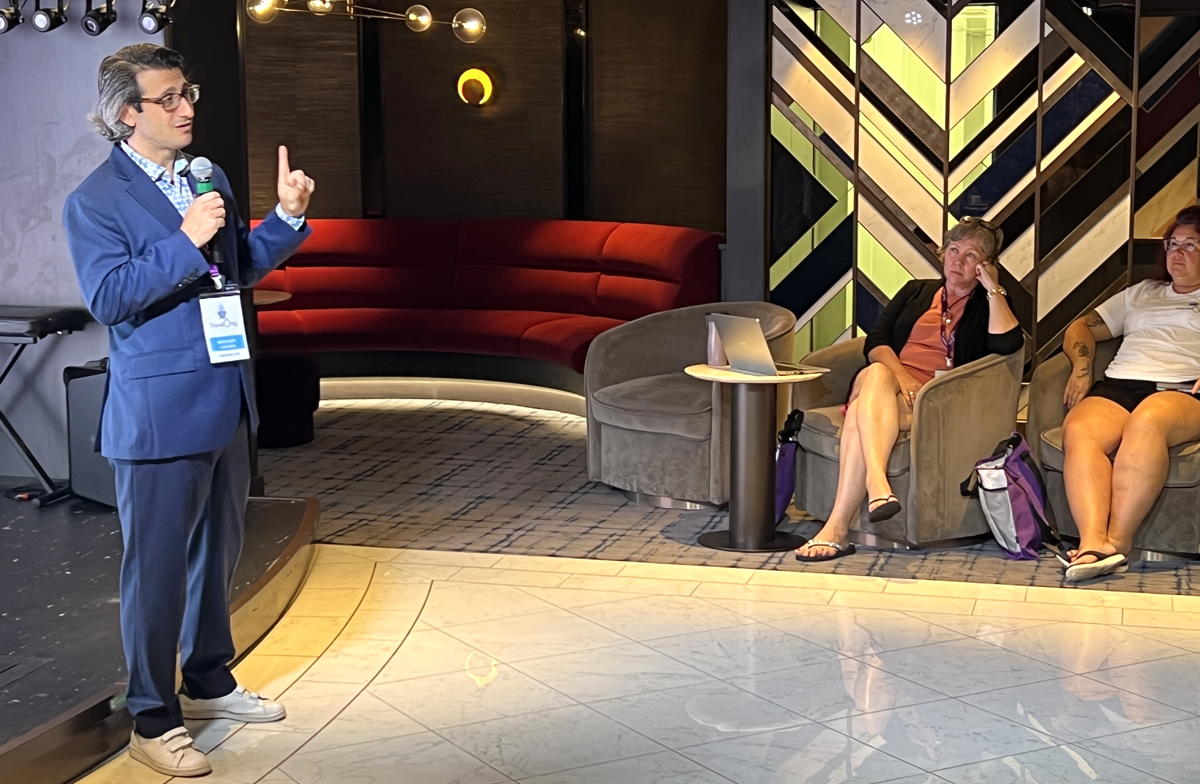 “Everybody came out of COVID, wanting to do their bucket list,” she said. 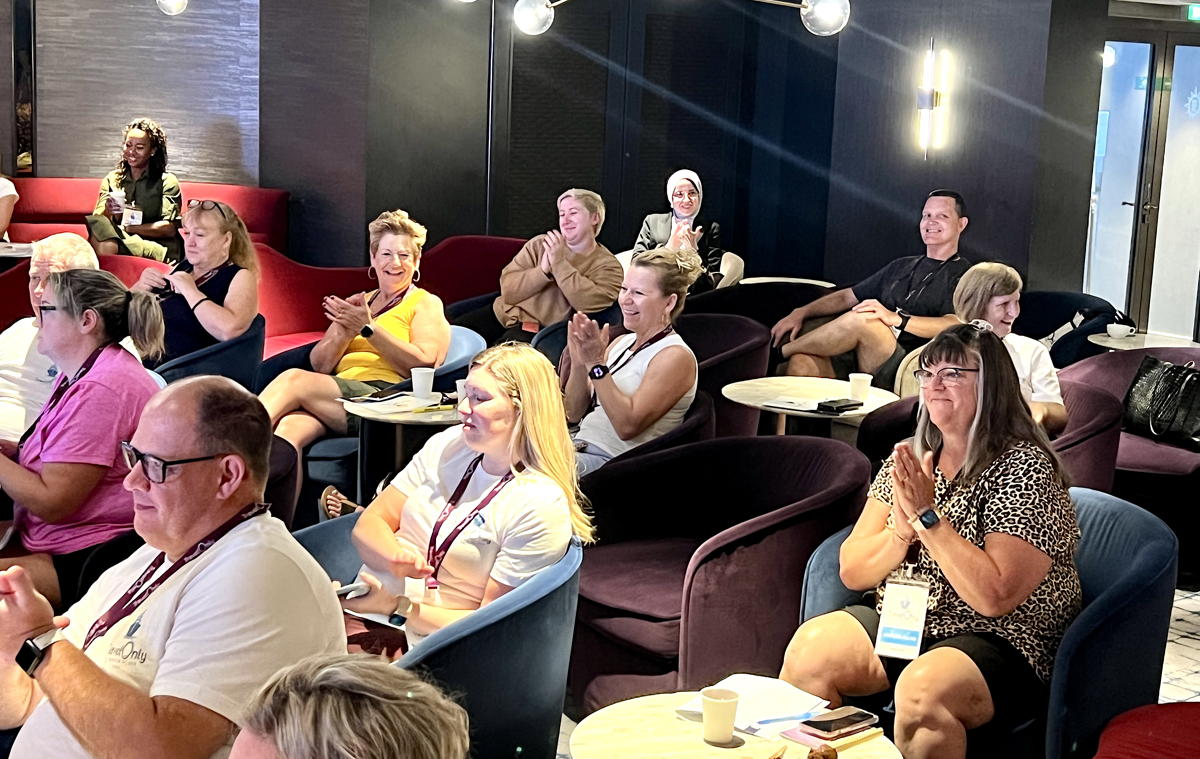 Clients are also still paying more for higher-end experiences, she said, noting how the value of a sale has up 20 to 30 per cent.

Penthouses, suites and worldly tours were already selling like hotcakes before the pandemic began.

The difference now, Gregory noted, is inventory. “If you’re trying to book a premium space at the last minute, chances are you’re not going to get it,” he said.

This is one reason why TravelOnly advisor Pat Probert of the Bob Family Travel team starts promoting cruises years in advance.

Probert has locked in ship charters from now through 2024, including a river cruise with Uniworld along the Nile in Egypt (with an add-on tour in Jordan), as well as a Normandy and Juno Beach sailing out of Paris with the same brand.

He’s also got cruises with Regent Seven Seas coming up, including an itinerary exploring smaller Caribbean islands, such as St. Vincent, Grenada and St. Barts, as well as a Tahiti and Bora Bora voyage. 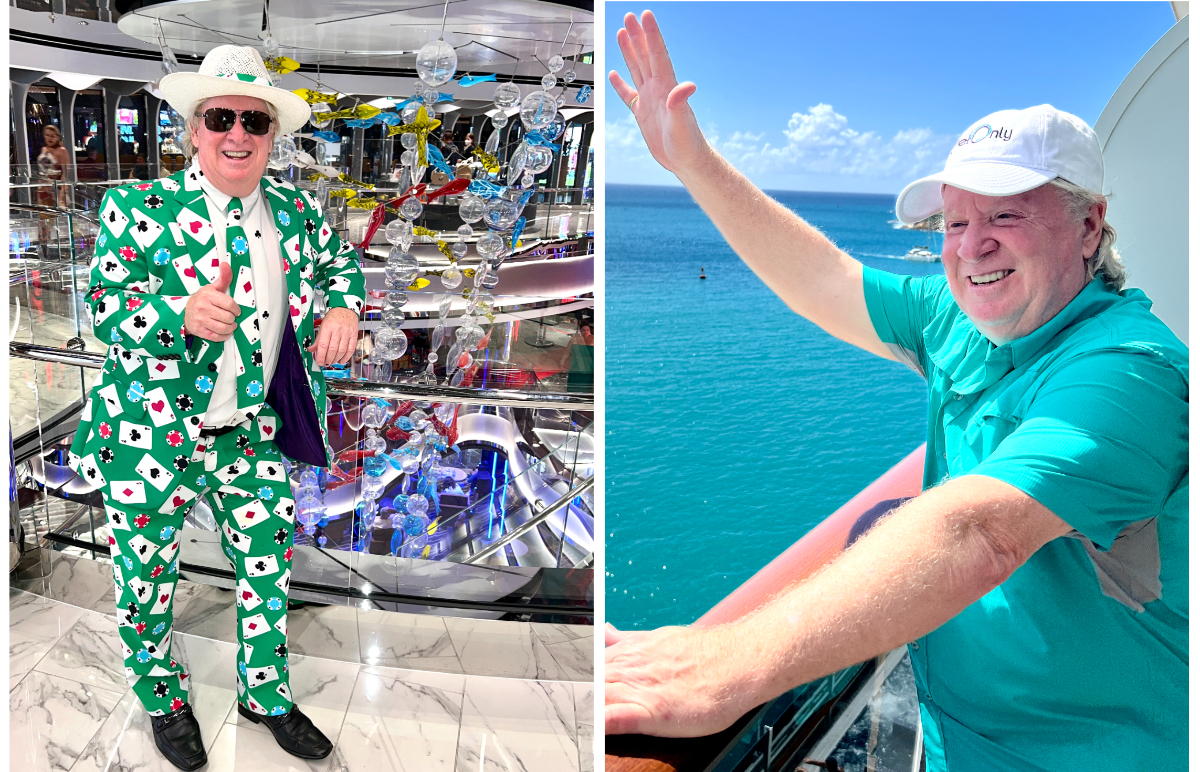 In fact, Probert is already mapping out 2025 as he eyes suppliers for Antarctica.

“People are spending more money than they’ve ever spent,” Probert told PAX. “The average trip we’re doing is $10,000 plus air, plus tour, plus hotel. And most tours sell out.”

As a mentor, Probert spent his symposium meeting with advisors to share his tips and advice (the President’s Club member has also been known to host workshops literally in the sea).

“The quality of agents coming on these trips is getting better and better,” noted Probert, who urged his peers to “treat clients like gold” with timely service, good deals and elevated experiences. 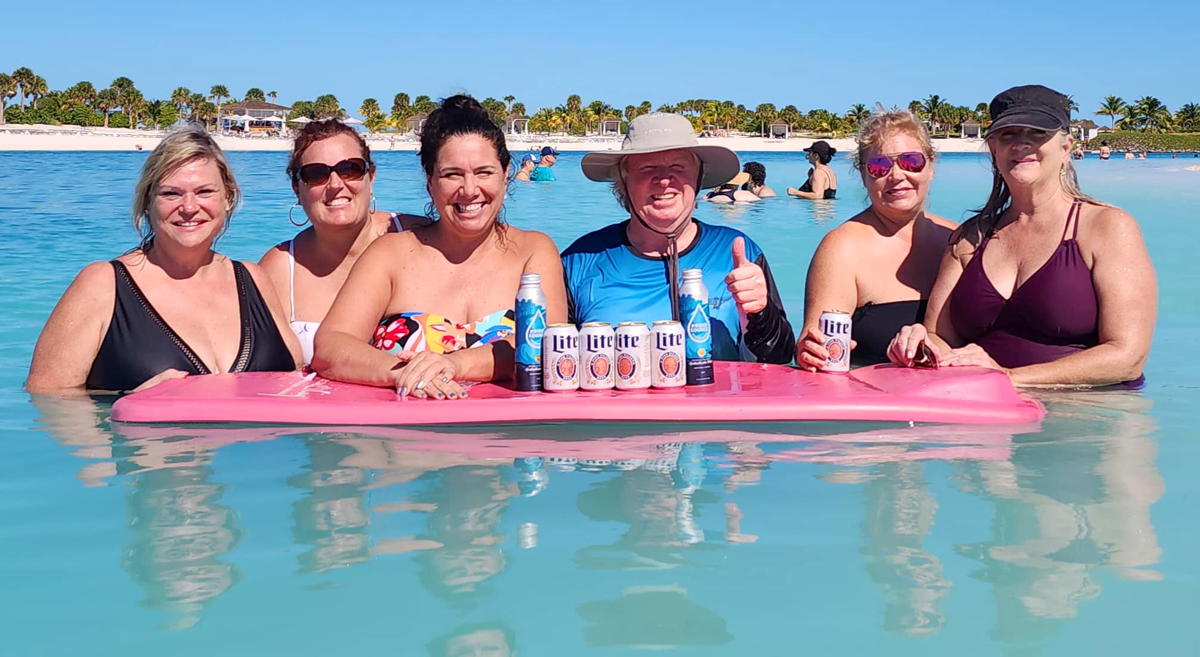 He recommends agents “grow their database” with trips that create a family atmosphere where guests quickly become friends and, as a result, will travel together in the future.

“And 100 per cent of our clients are referrals,” added Probert, who holds regular consumer webinars with suppliers to generate interest and buzz.

Amanda Beaver of Glow Travel and Events is seeing a similar uptick in business as clients “feel comfortable with flying and cruising again.”

Beaver, who specializes in destination weddings, was fortunate to have many of her group bookings roll over through COVID and she’s now seeing an increase in cruise and family travel.

TravelOnly, during the pandemic’s toughest moments, “was a second family” to us, noted Beaver, who is also a President’s Club member. 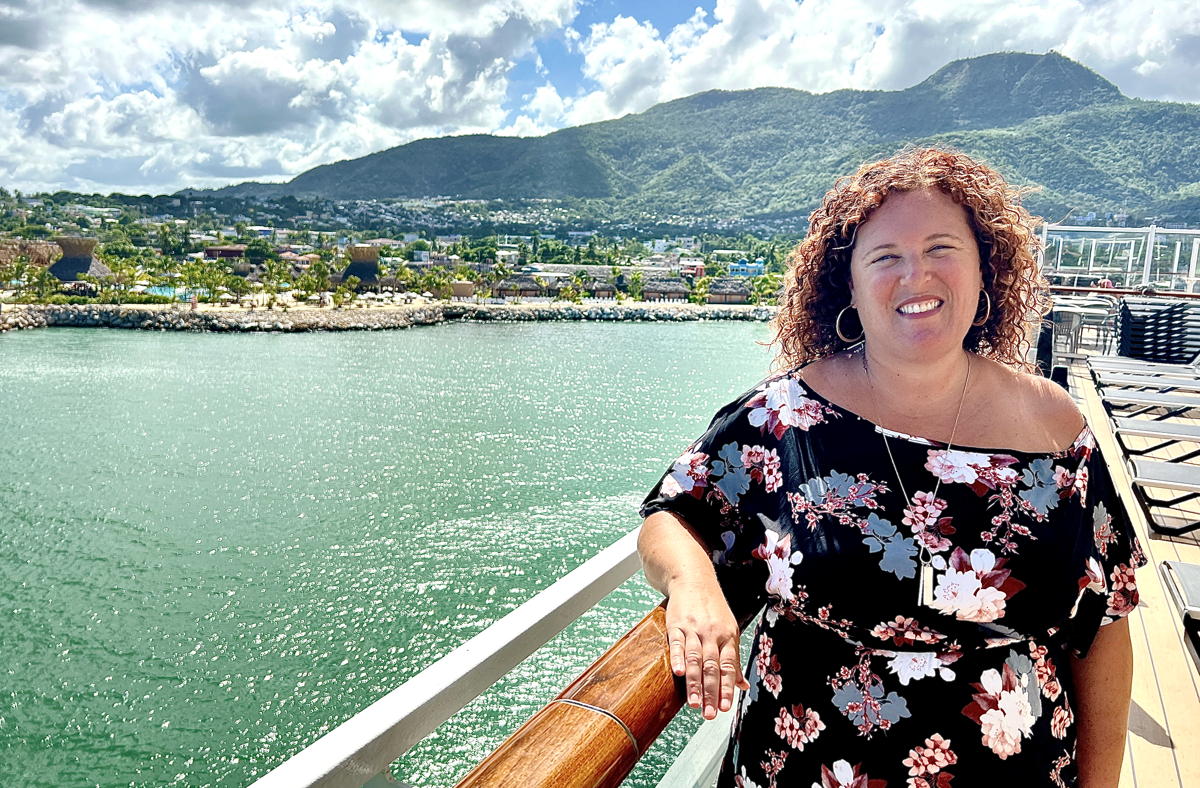 “They’ve been so supportive in helping us move forward,” she said, lauding the marketing and social media lessons that were shared at this year’s symposium.

Danielle Freeman of TravelOnly with Danielle, who has worked in the industry for 25 years, said this year is among the best she’s ever had, noting a rise in multi-generational travel.

“It has been amazing to reconnect with suppliers after a three-year hiatus,” Freeman told PAX.

Marcia White of Marcia Loves Travel, which specializes in cruises and group travel, appreciated hearing her peers at the symposium share inside tips for managing groups. 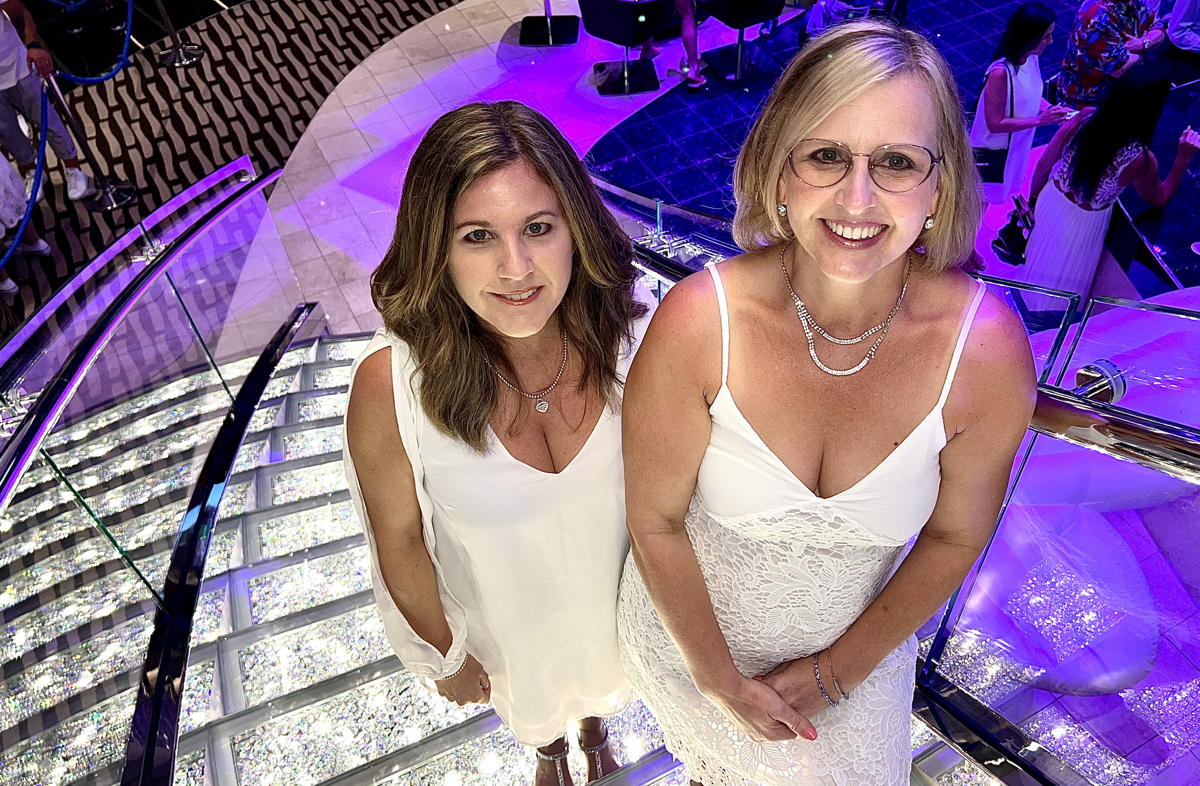 The conference also highlighted suppliers “I’ve never thought about before,” White said, such as Seabourn, which was showcased by the line’s new senior manager of national and strategic accounts Maxine Gundermann.

“You feel like family in this company,” White said, applauding TravelOnly’s support team.

TravelOnly’s Symposium at Sea doubled as a send-off for Ian Elliott, who starts at Ensemble this week as senior director of partner relations, Canada.

Elliott, who was TravelOnly’s vice-president of sales and marketing since 2015, called the move “a very difficult decision,” but said he looks forward to building on partnerships and connecting with more advisors in the Ensemble network. 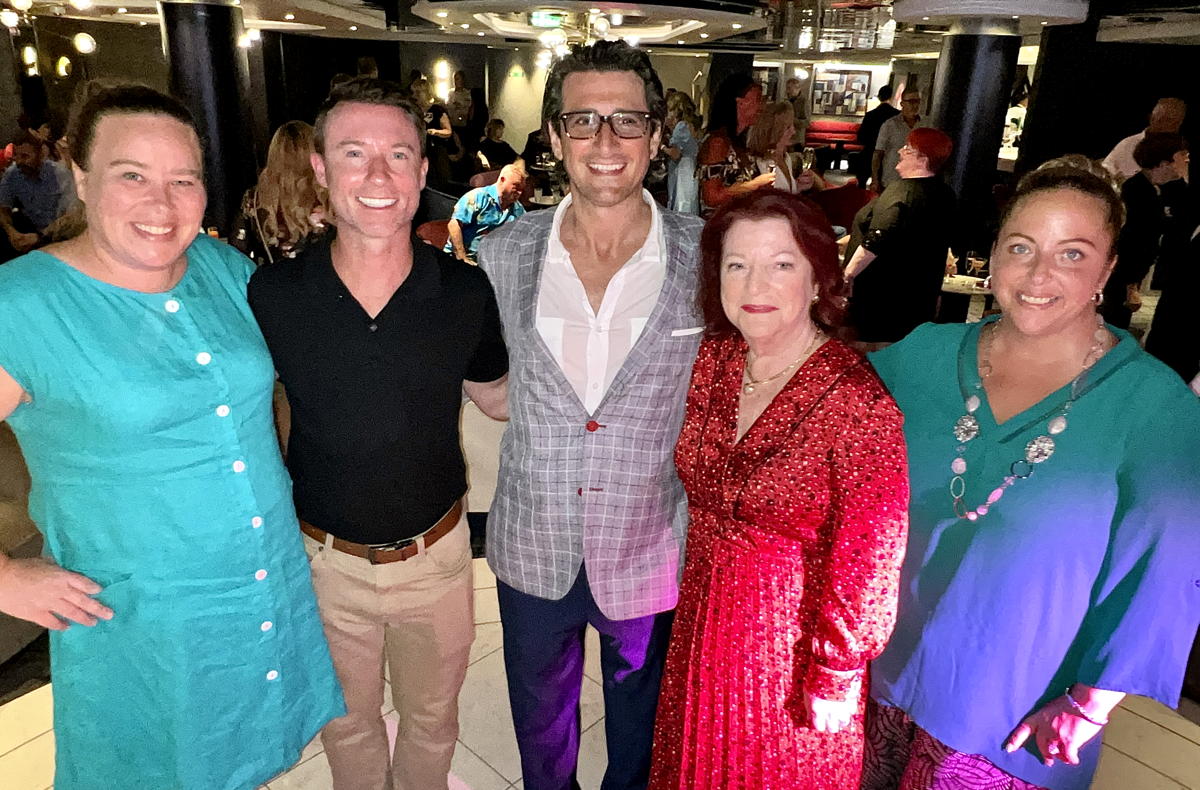 “It’s sad to see someone of that level of talent go, but we’re happy it’s with Ensemble because that’s our consortium. In the end, he’s not too far away. Ian’s a true professional and he’s left a great legacy,” he said.

The TravelOnly CEO said he is currently hiring more staff in the areas of technology, training, sales and marketing – and will continue to welcome more partners

In addition to onboarding experienced agents, sourcing talent outside of the travel industry, from teachers to health care professionals, is a key part of TravelOnly’s growth strategy.

“We've brought in new people from every province since June,” Luciani said. “We've been very lucky.”

TravelOnly's next national conference will take place at the adults-only Secrets The Vine Cancun from June 18-25, 2023.